As always I like to start my testing with a few synthetic benchmarks. 3DMark especially is one of my favorites because it is very optimized in both Nvidia and AMD drivers. It's nice to not have to worry about it being favored too much either way and the repeatability of the results makes it a nice chance to compare from card to card, especially from the RTX 2070 Founders Edition. The XC3 Black has the same boost clock, but it is possible that different voltage profiles and cooling could make a performance difference. The first round of tests were done in the older Fire Strike benchmark which is a DX11 test. There are three detail levels, performance, extreme, and ultra. In all three the 3070 XC3 Black did perform better than the Founders Edition and in the extreme detail test, it was enough to edge up past the 2080 Ti Founders Edition as well. 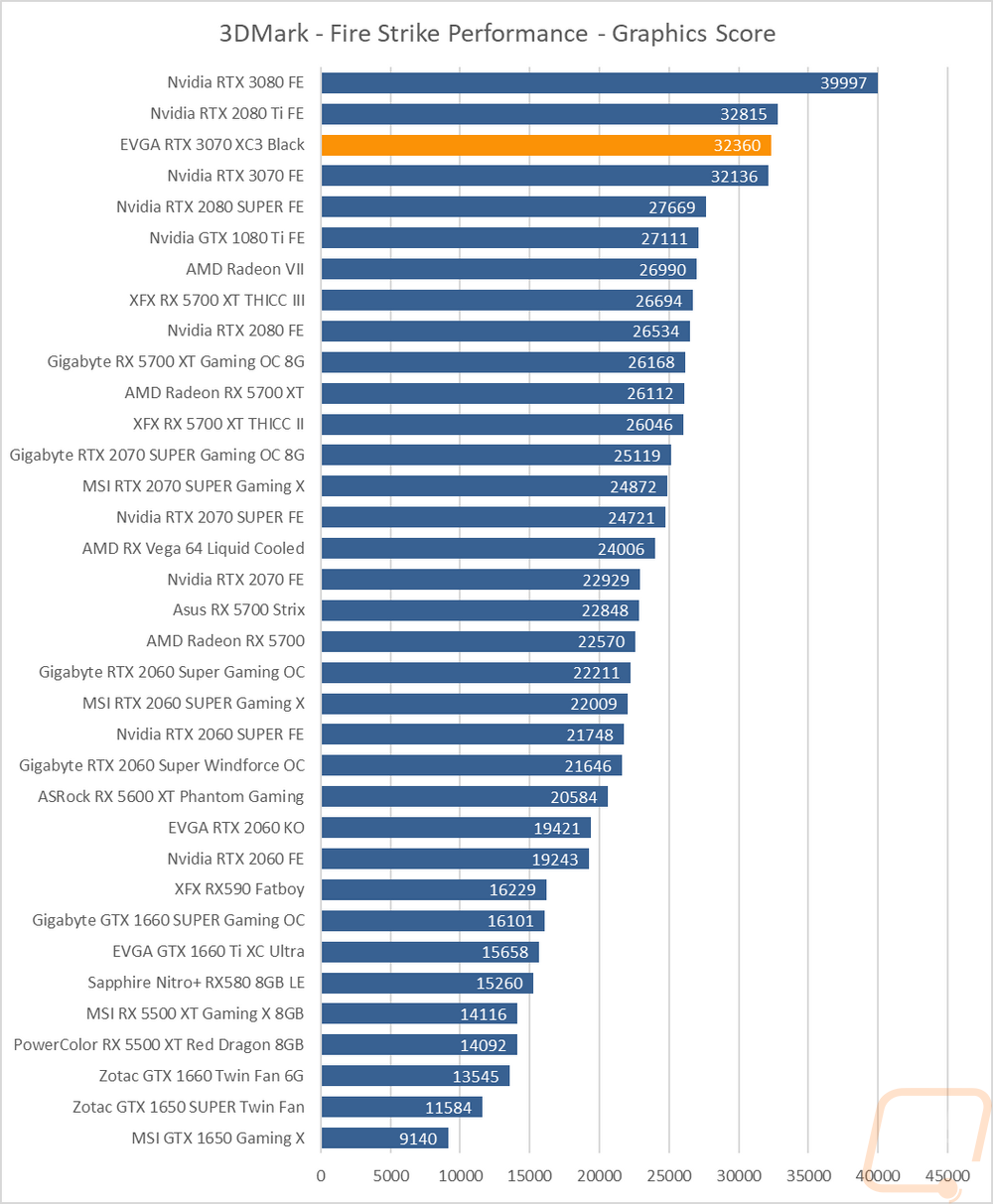 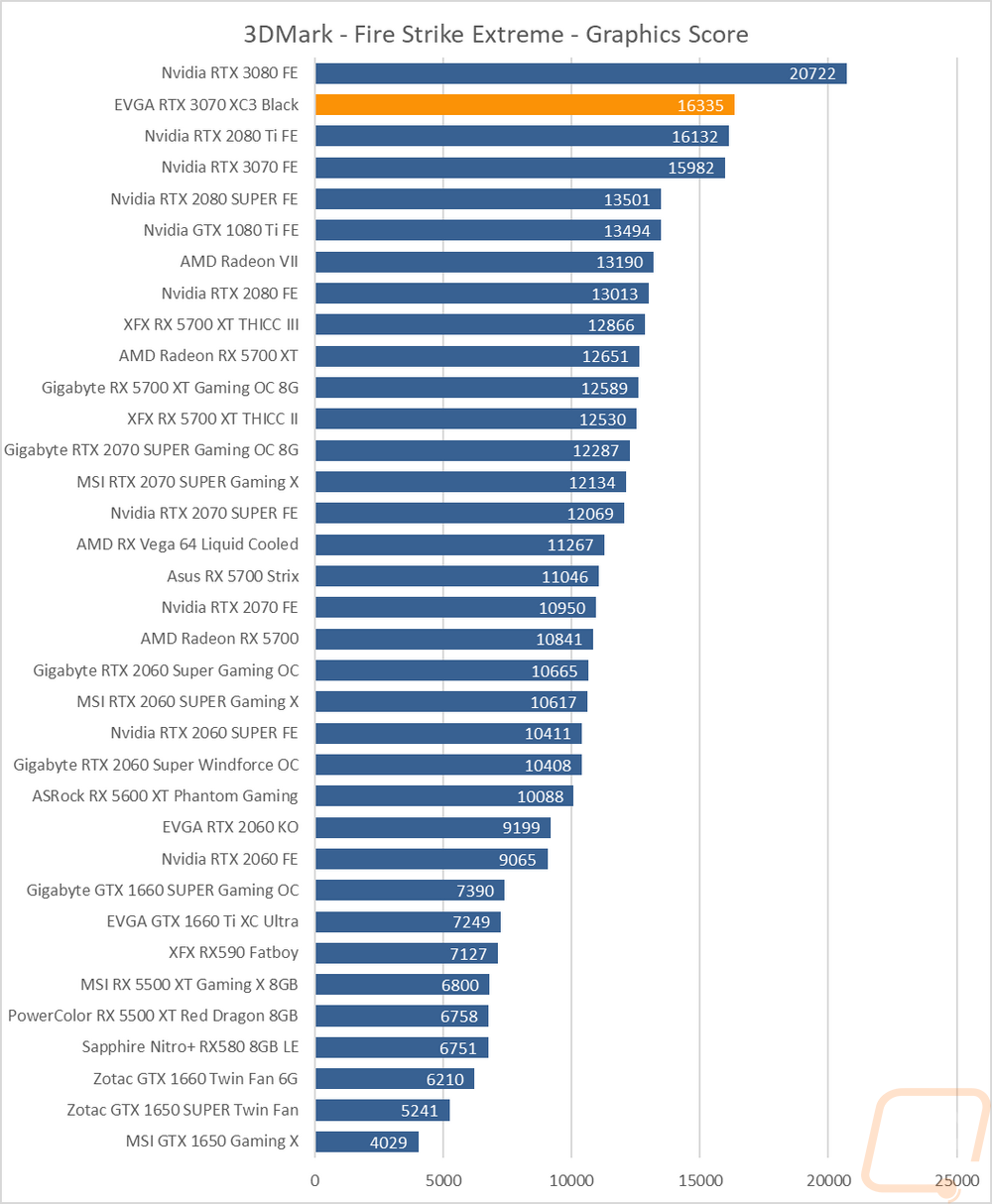 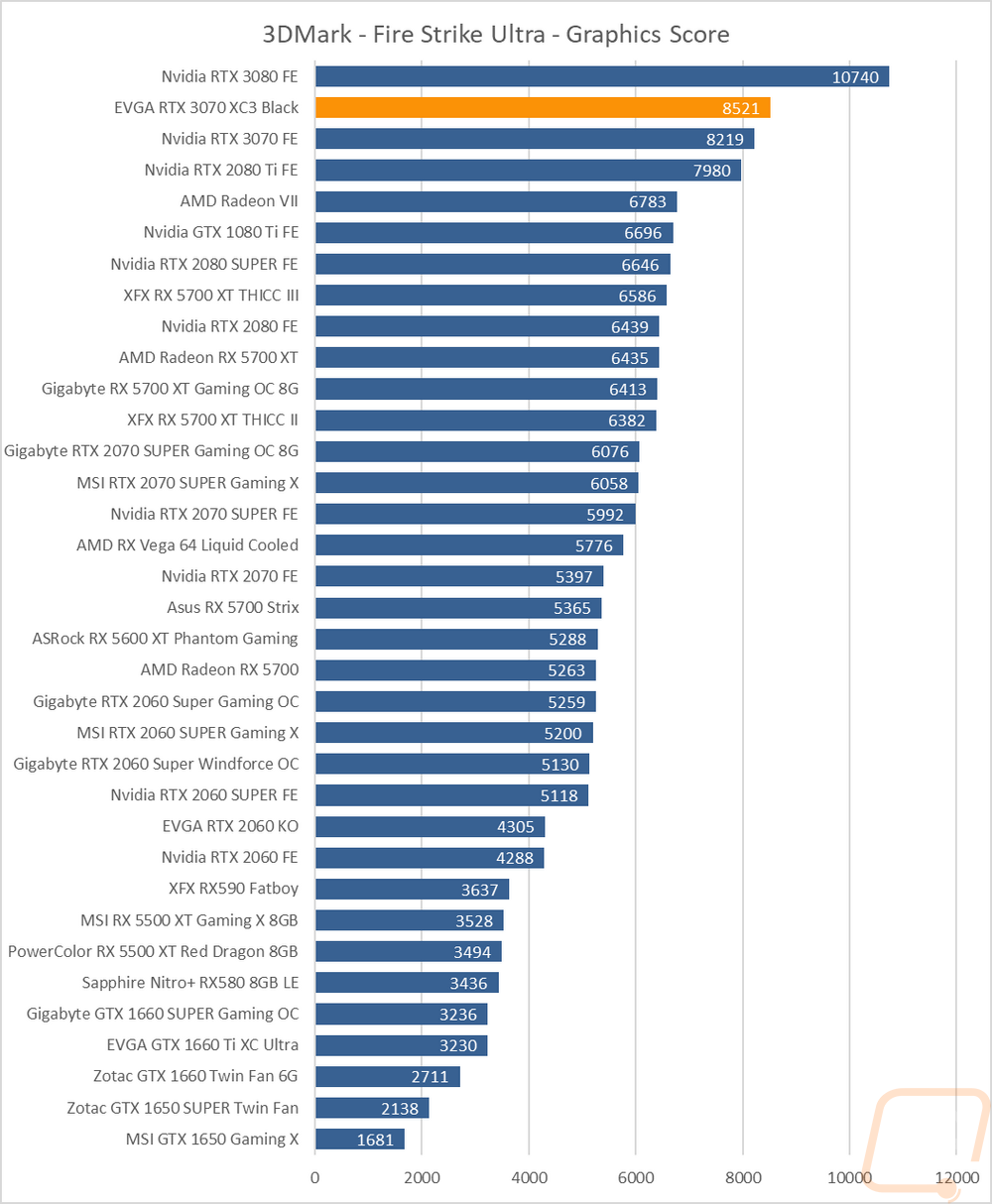 The next two were both based on the Time Spy benchmark. One is the standard test and then there is the extreme detail level. The XC3 Black was out ahead of the Founders Edition here as well and for the extreme detail test, it helped jump the RTX 2080 Ti FE once again. 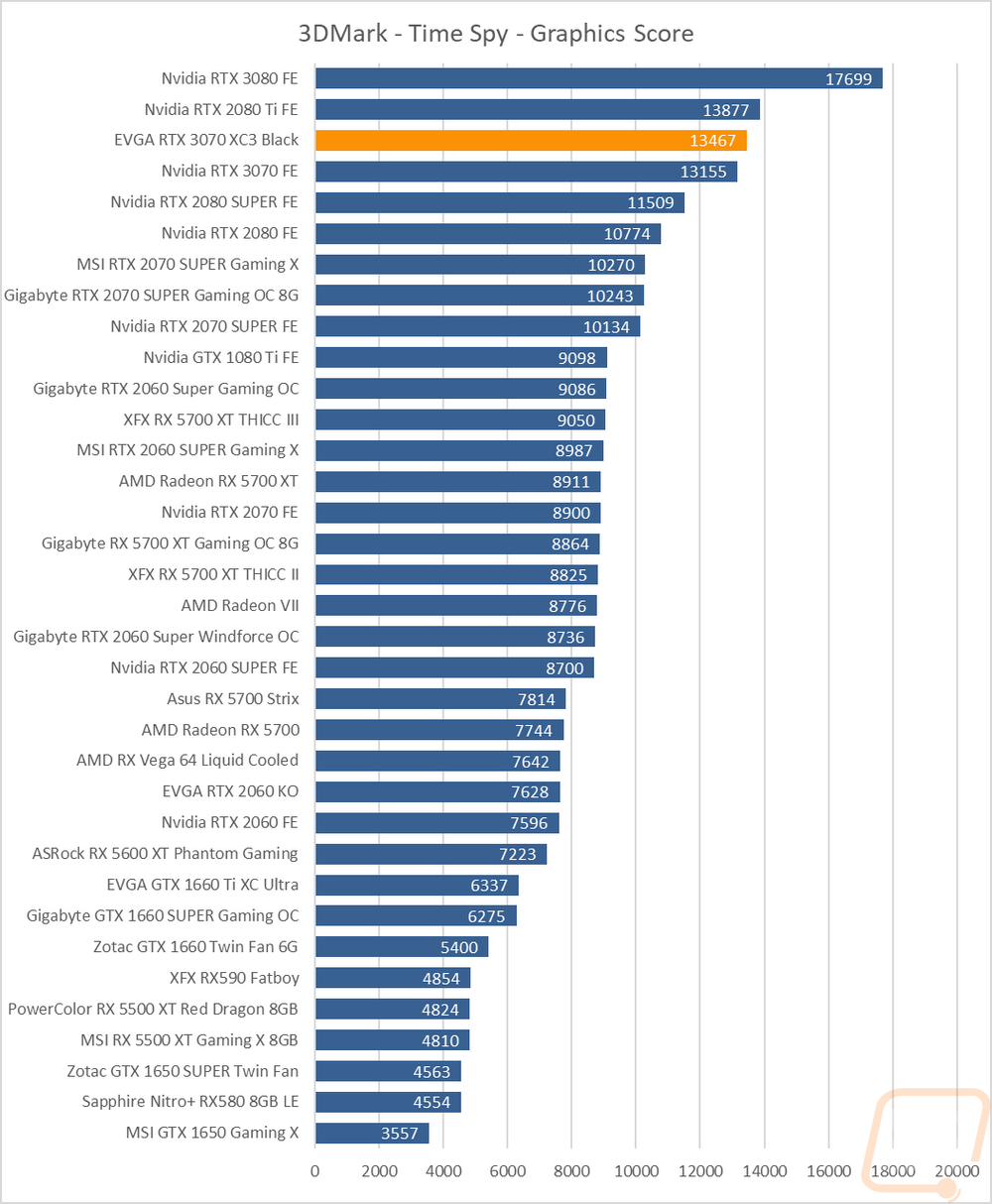 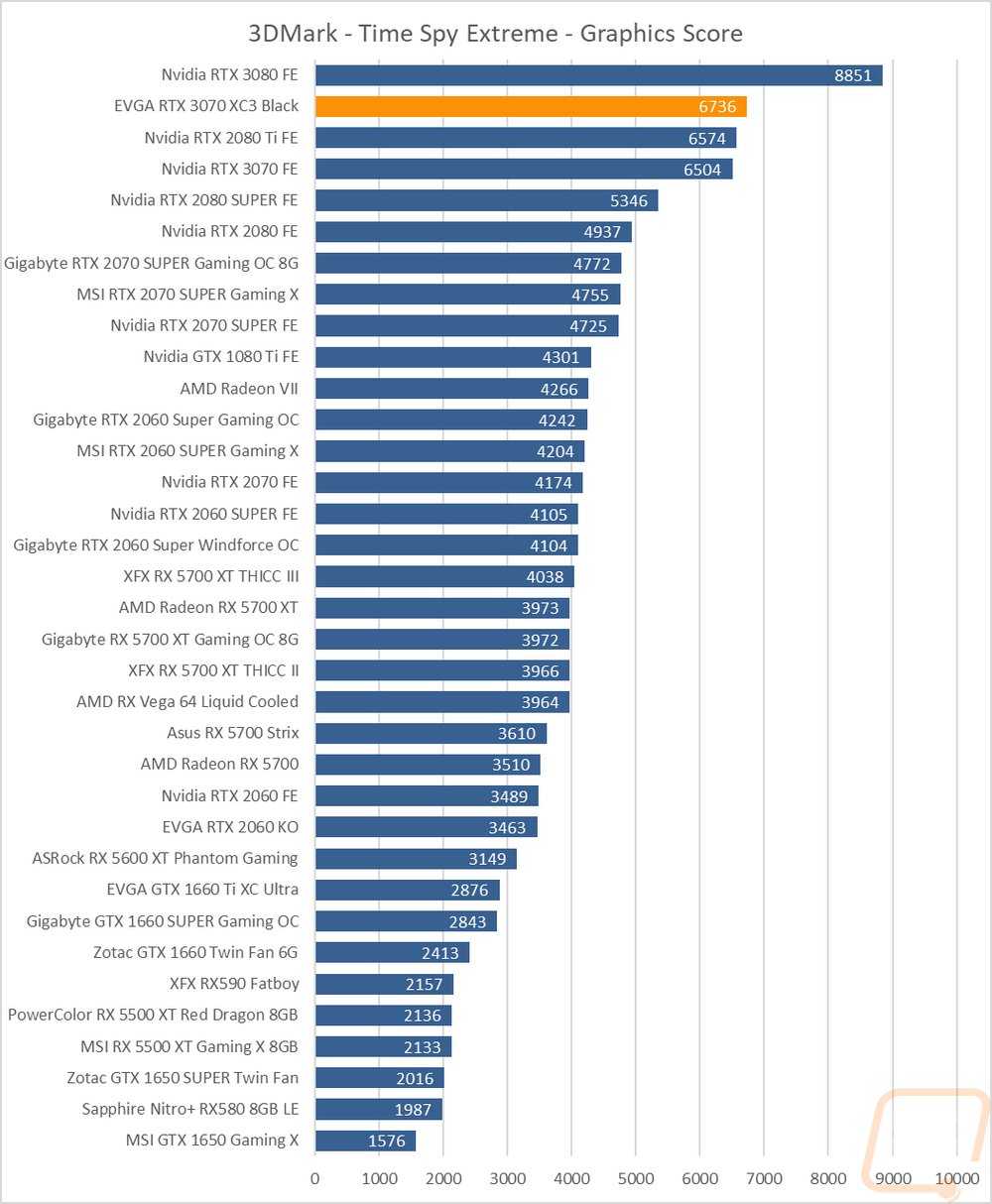 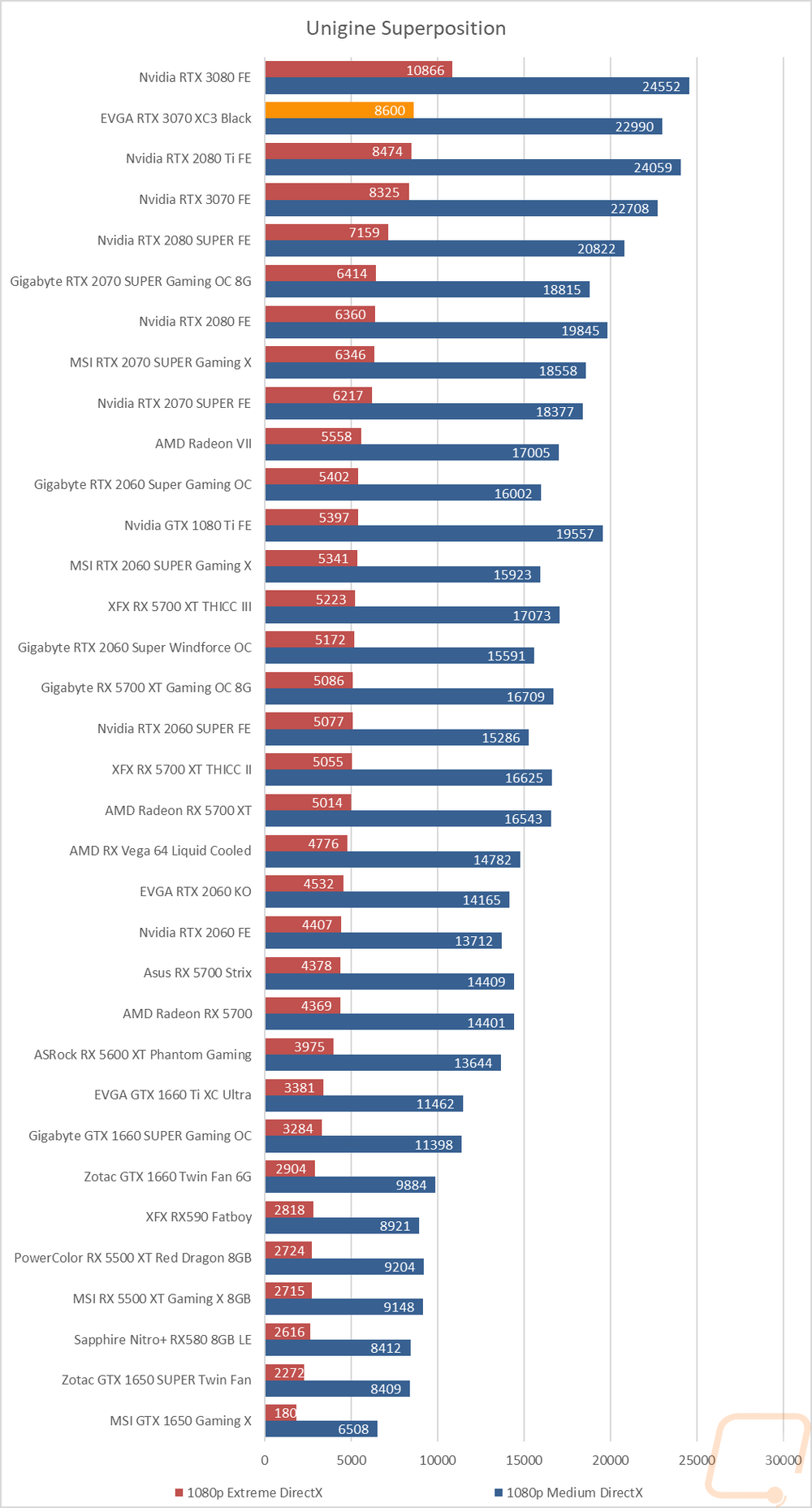 As for Virtual Reality, I love it but it is more demanding than traditional gaming. This is partially because of the resolutions needed to render for two eyes and because they render more than what is immediately visible. But also because of post effects to get the proper “fisheye” effect for it to look proper in your eyes with the HMD. You also have to have much higher expectations for frame rates in VR, skipping frames or lower FPS can cause motion sickness in VR. Because of that, I ran a few tests.

My first test was again in Superposition. This time I tested the VR Maximum and VR Future tests using the Vive resolution. Like in the other Superposition test I tested at an extreme detail which this time is the VR Future test and a more reasonable detail which is the VR Maximum test. Here the EVGA RTX 3070 XC3 Black gained two FPS over the Founders Edition on the Future VR test but still stayed behind the 2080 Ti. The VR Maximum result on the other hand favored the Founders Edition slightly (and is also CPU limited as well). 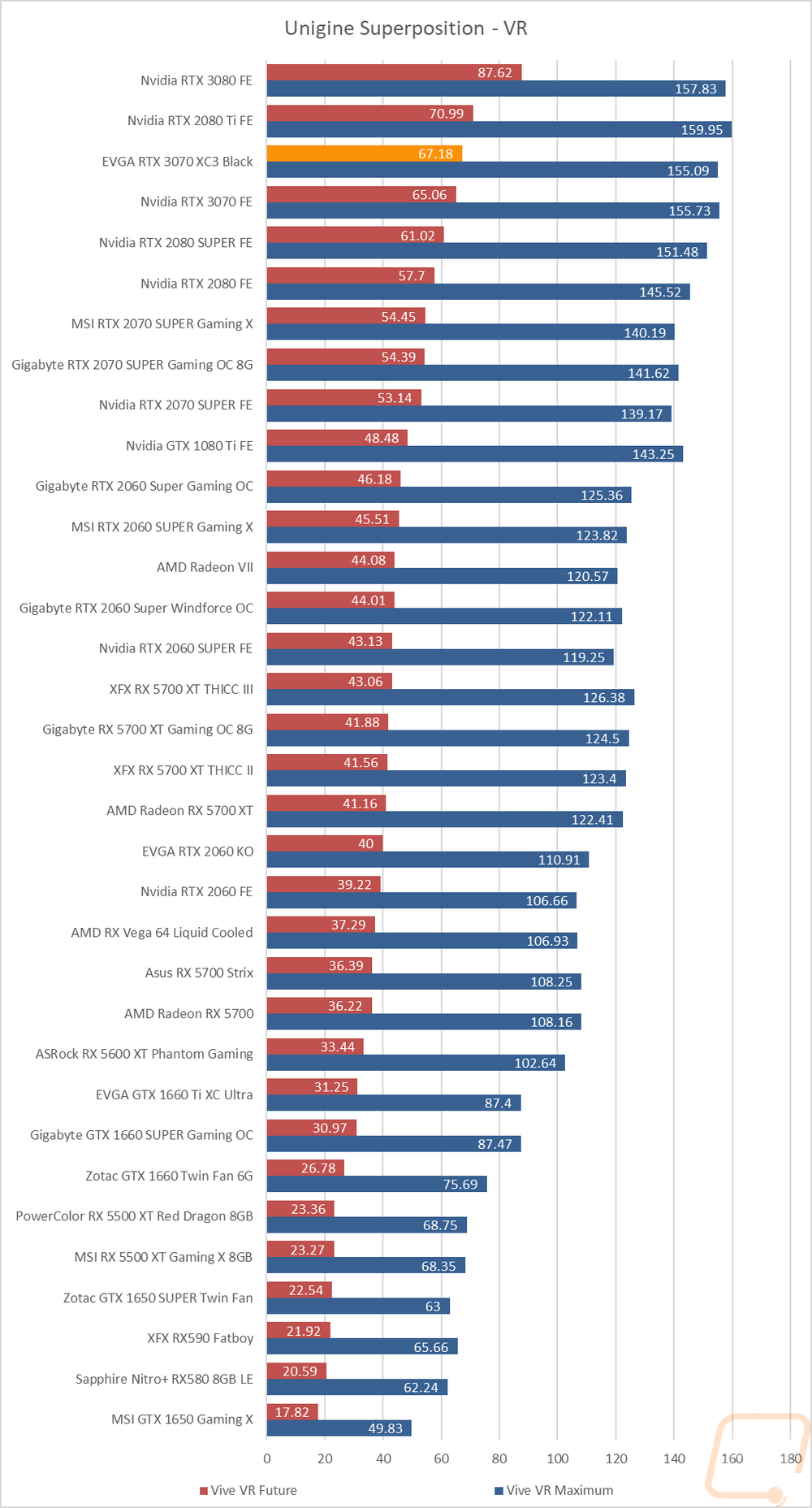 For VRMark the XC3 Black gained a little under 2 FPS in the blue room test which is the future looking and more demanding of the two. The 2080 Ti was still out ahead by 7 FPS on that test. But for the cyan room test, the XC3 Black saw a big jump of 14 FPS which put it just slightly ahead of the 2080 Ti. 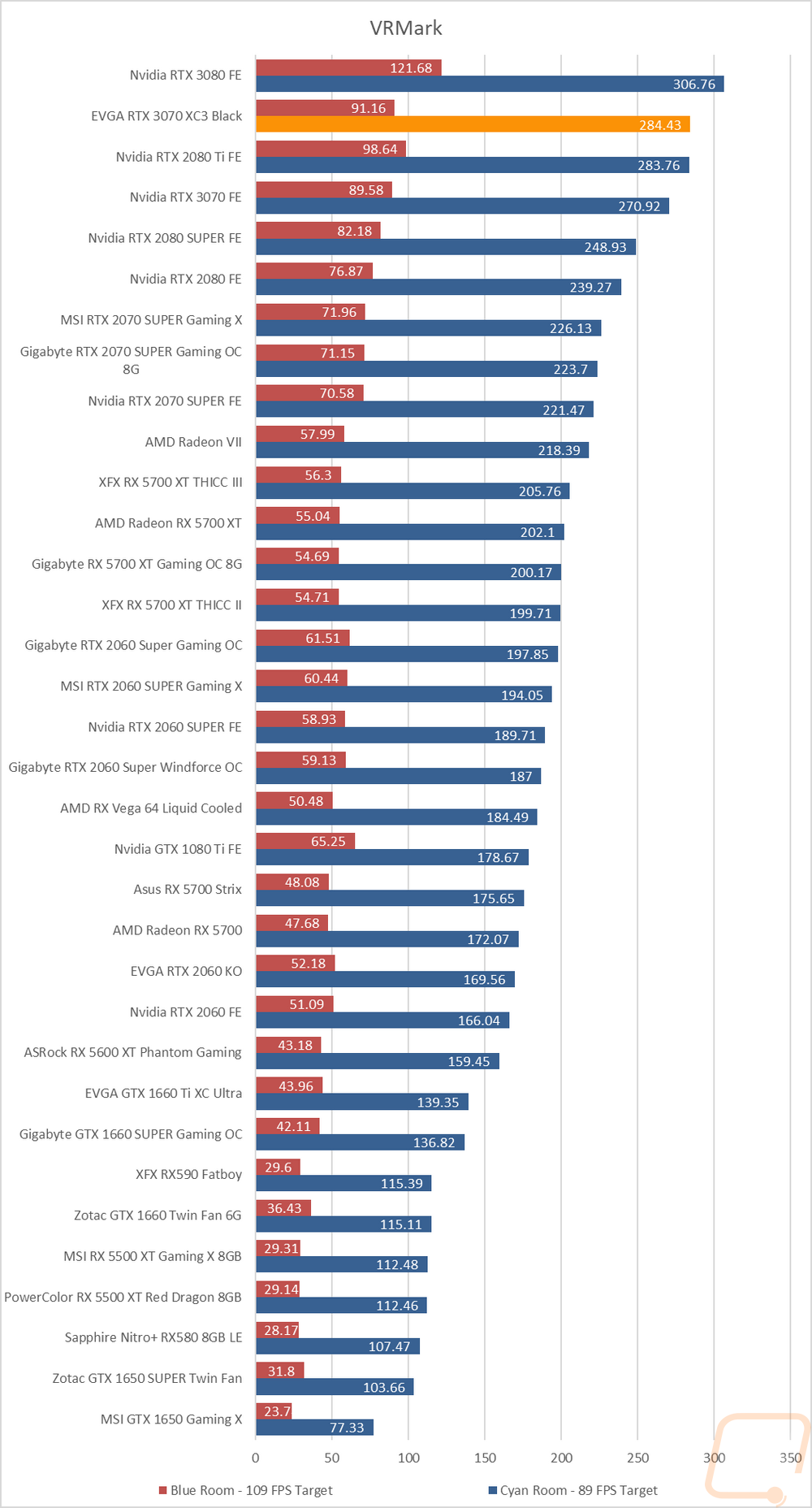