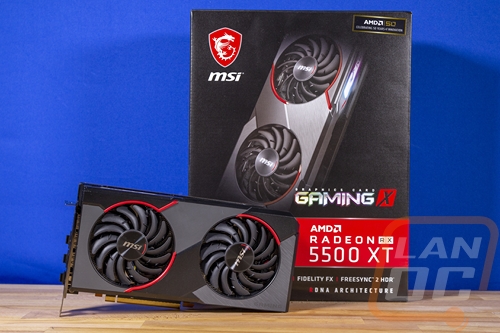 Now some people don’t need a video card for gaming, they need the processing power for rendering or 2D/3D production or in some cases people who game also do work on the side. So it is also important to check out the compute performance on all of the video cards that come in. That includes doing a few different tests. My first test was a simple GPU Compute benchmark using Passmark’s Performance Test 9 and the Gaming X was once again running right with the other RX 5500 XT, only this time the GTX 1650 SUPER slipped in right between the two. 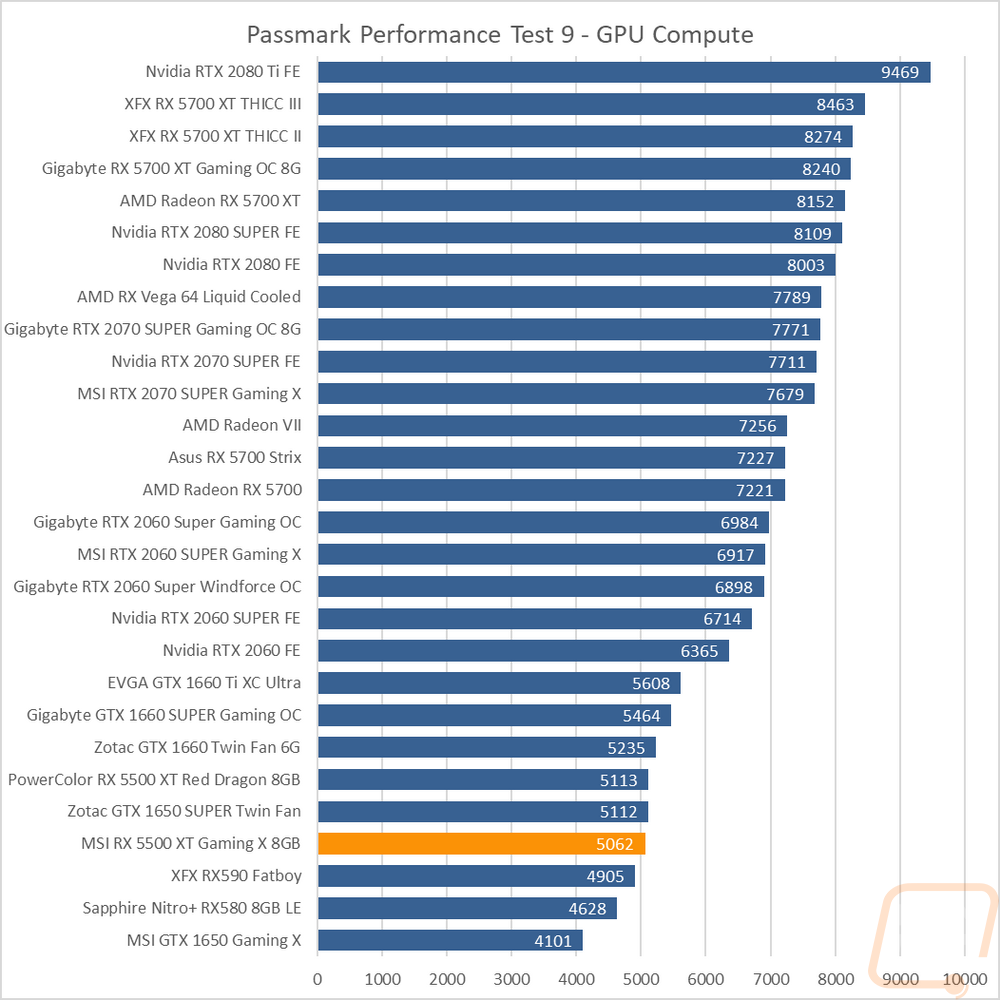 In my favorite compute test, I use the Blender Benchmark which does two renders in Blender and times the total time to complete. It's actually impressive that both 5500 XT’s still come in around a 10th of a second apart. They both have a clear separation between the 5500 XT’s and anything else with the older RX590 and RX580 over 40 seconds and more slower as well as the GTX 1650 SUPER. Then the GTX 1660 s a minute faster. 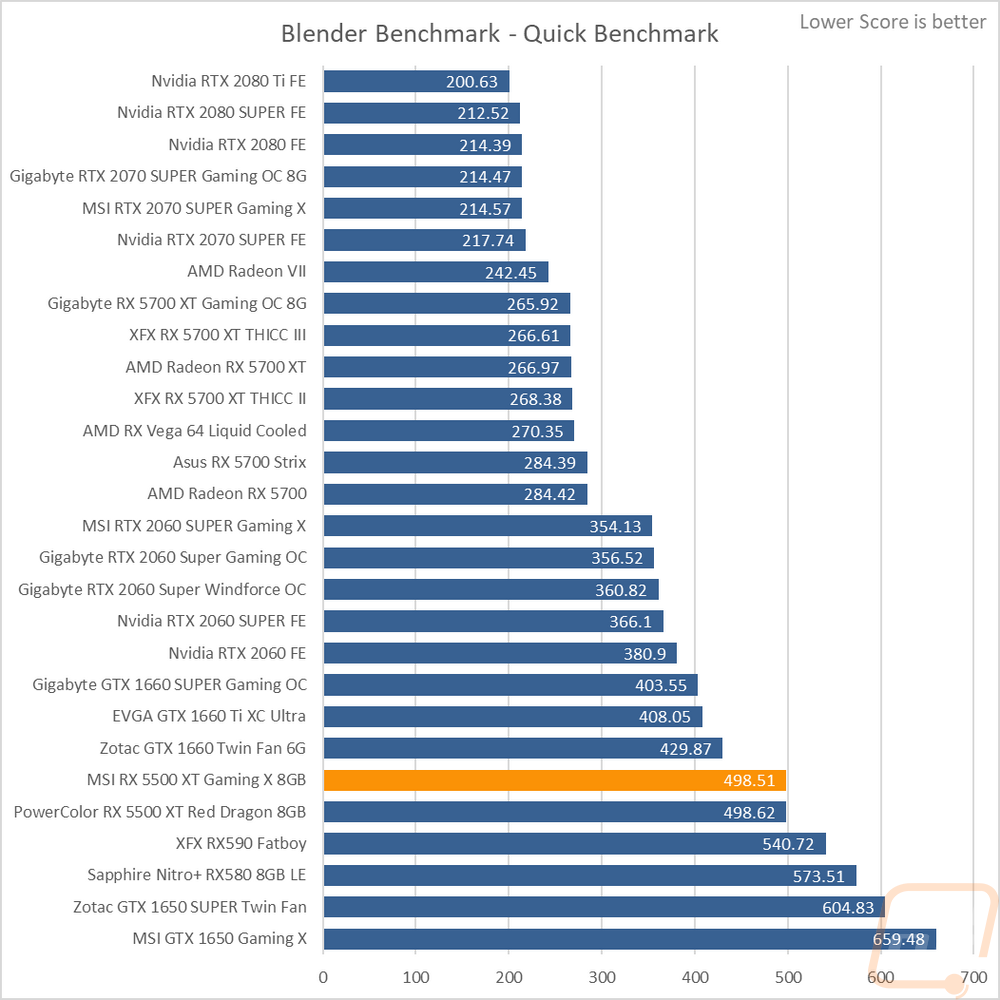 The same goes for Basemark, in both tests. The AMDs still struggle a lot in the OpenGL test here but even in the DX12 test the GTX 1660 comes out slightly ahead as does the RX580 as well. 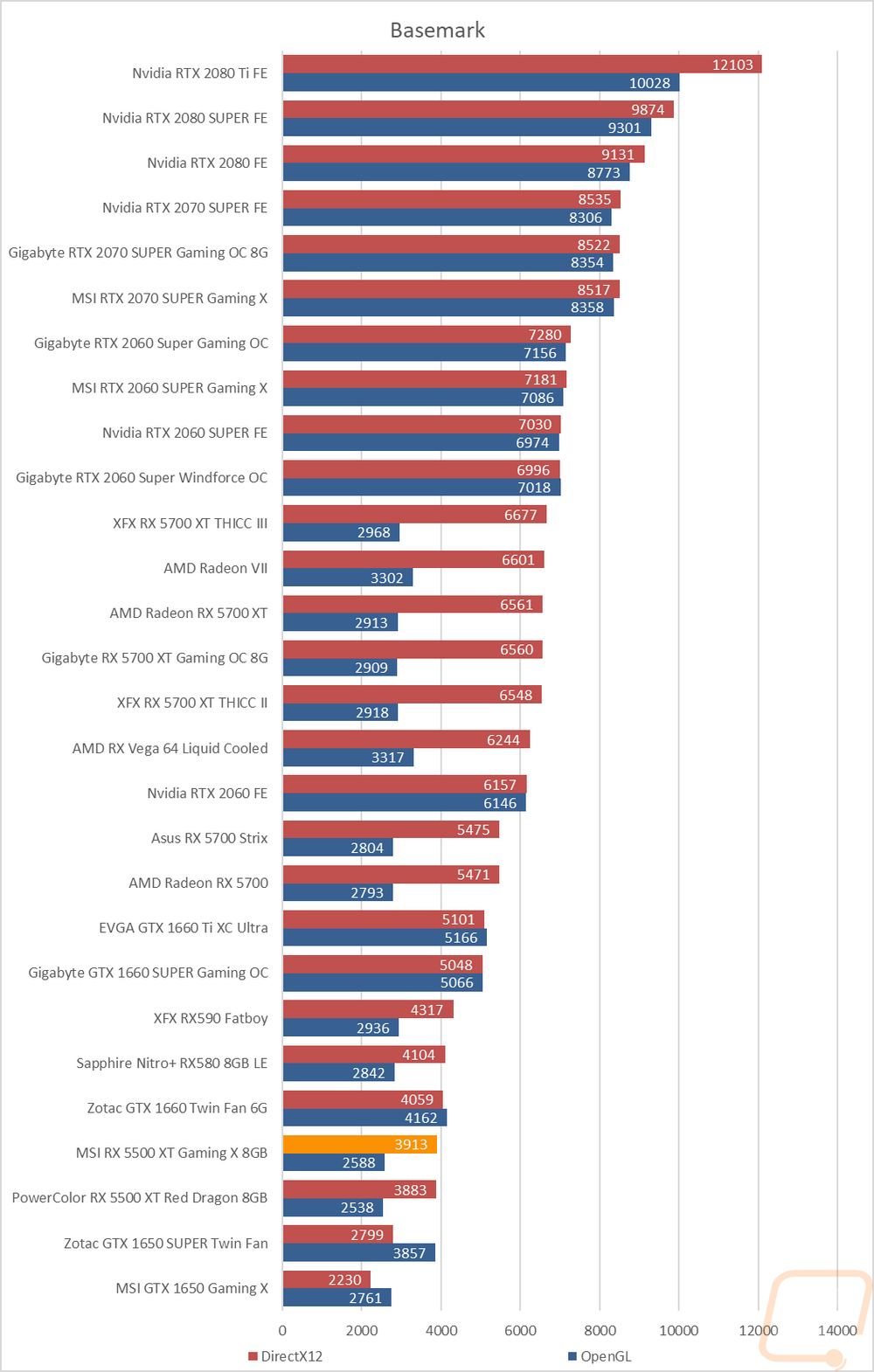 My last compute tests were using Geekbench and I ran the older Geekbench 4 as well as the newer Geekbench 5 where I also tested with Vulkan and OpenCL. I continue to be impressed by how the Gaming X and the Red Dragon manage to come in so close together even if the compute performance of the 5500 XT’s still leaves a lot to wish for with the older RX580 out performing in a lot of the tests including all three Geekbench tests. The Vulkan performance in Geekbench 5 is especially lacking, coming in even behind the GTX 1650 by a good amount. 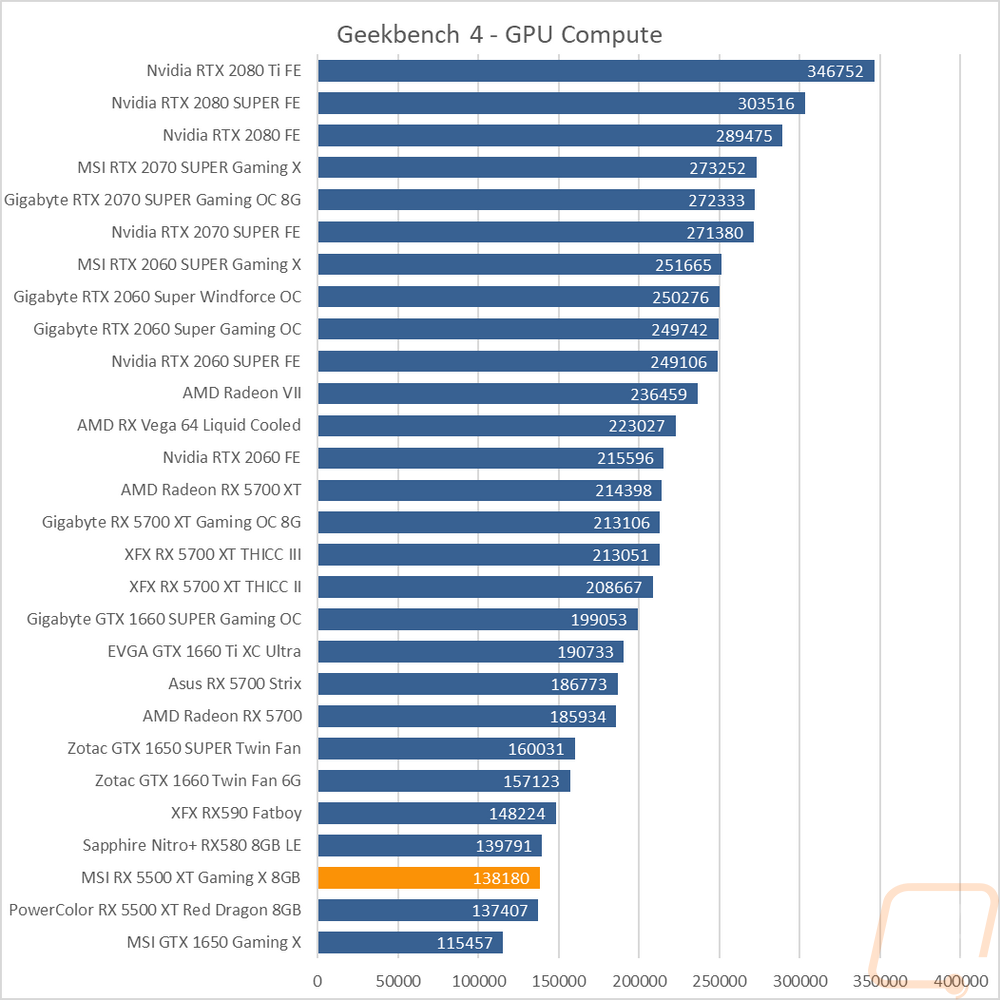 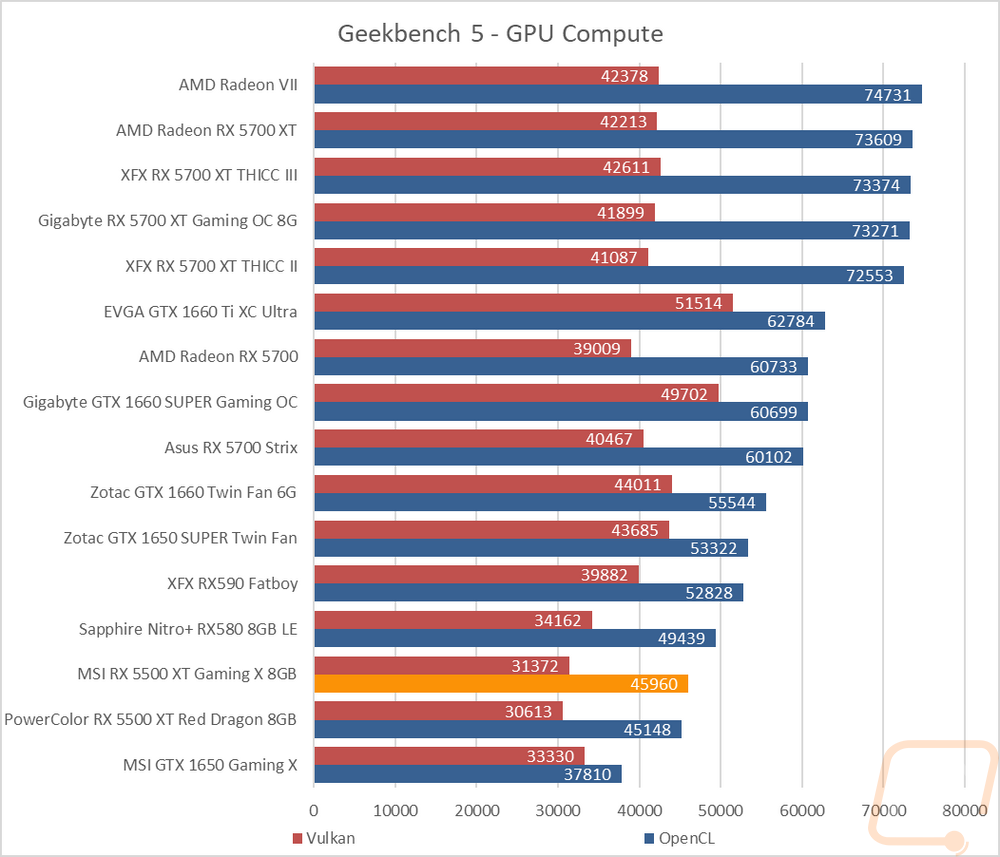