Now some people don’t need a video card for gaming, they need the processing power for rendering or 2D/3D production or in some cases people who game also do work on the side. So it is also important to check out the compute performance on all of the video cards that come in. That includes doing a few different tests. My first test was a simple GPU Compute benchmark using Passmark’s Performance Test 9 and the Thicc III did well here with almost a 200 point gap between it and the Thicc II. 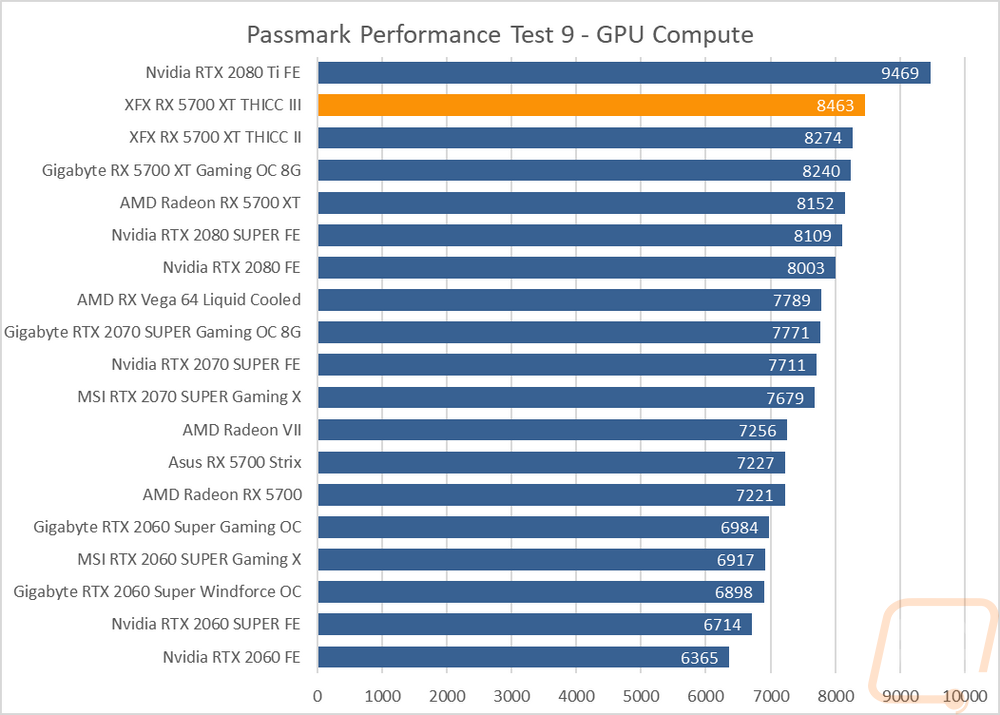 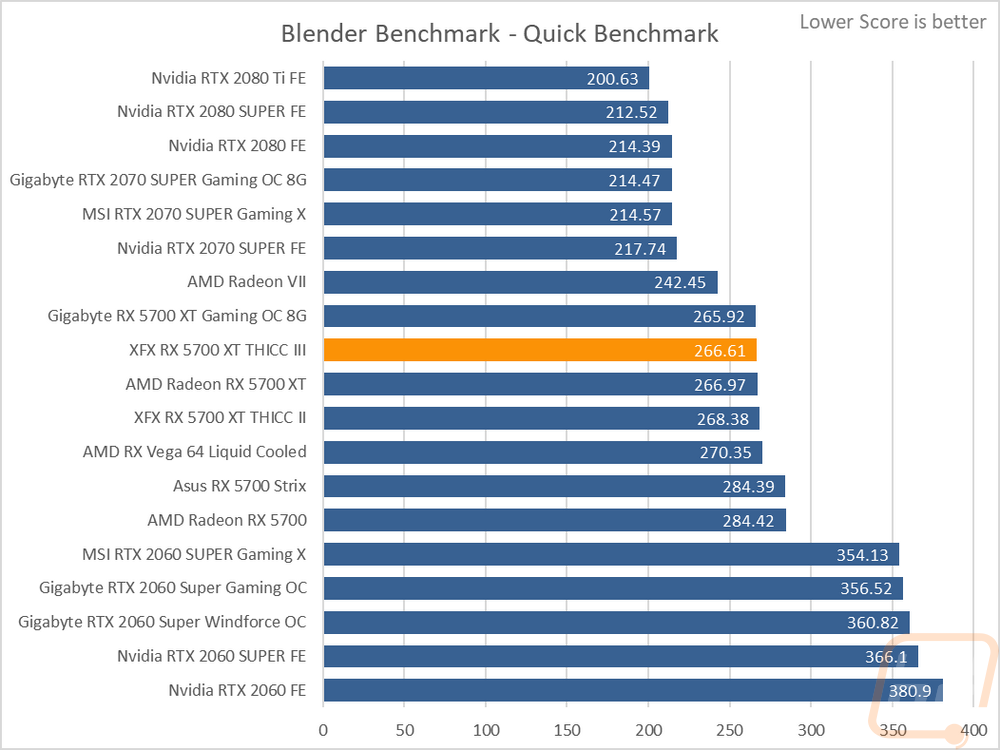 Basemark performance of the Thicc III Ultra was noticeably ahead of all of the other RX 5700 XT’s but it did still have the same performance issues with OpenGL that the other AMD cards had. The overclock was even enough to pull past the Radeon VII in DX12. 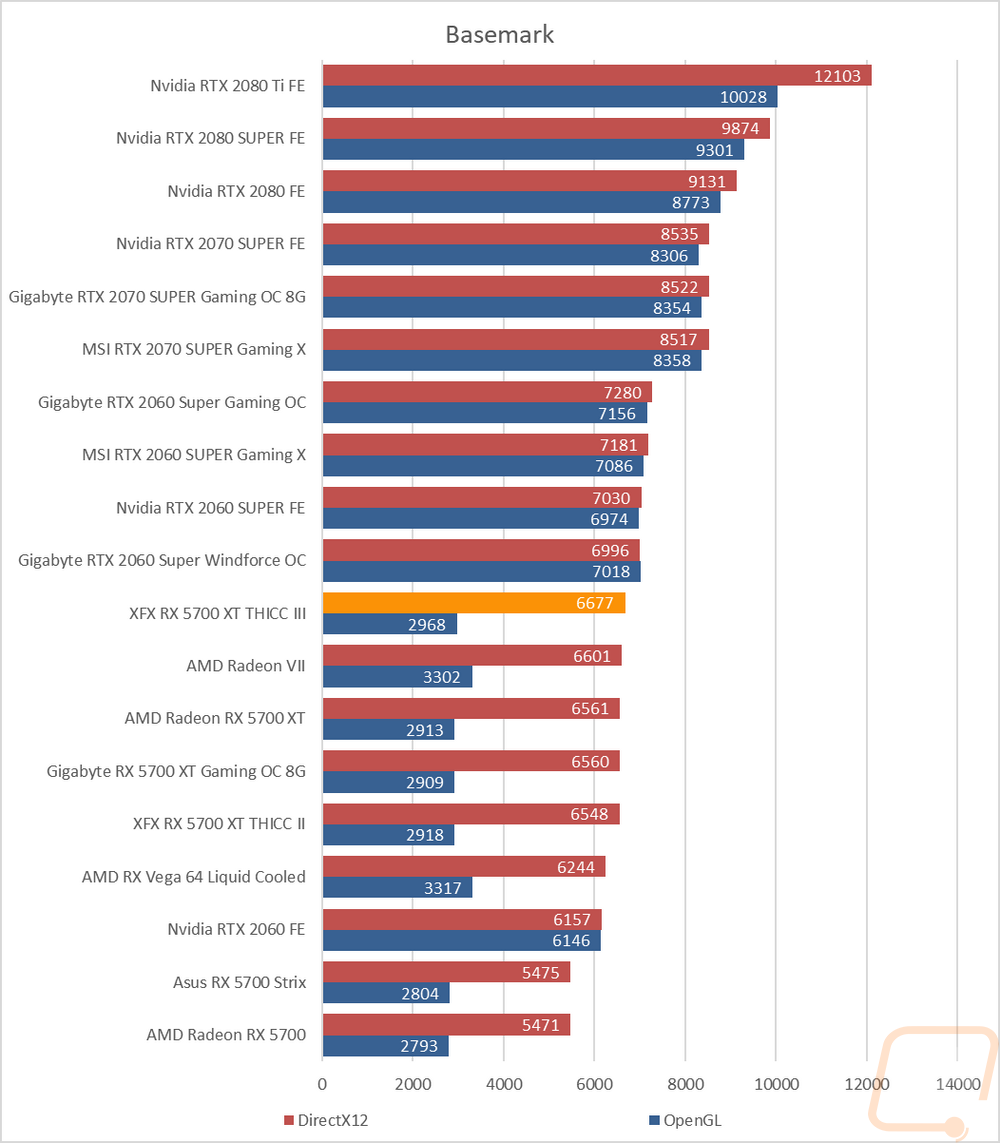 Geekbench still favors the reference card and the hardly overclocked Gaming OC over the two XFX cards, but the Thicc III still did better here than the Thicc II. Overall none of the RX 5700 XT’s did very well though with the older RTX 2060 being just slightly ahead and the 2060 SUPER way out in front. 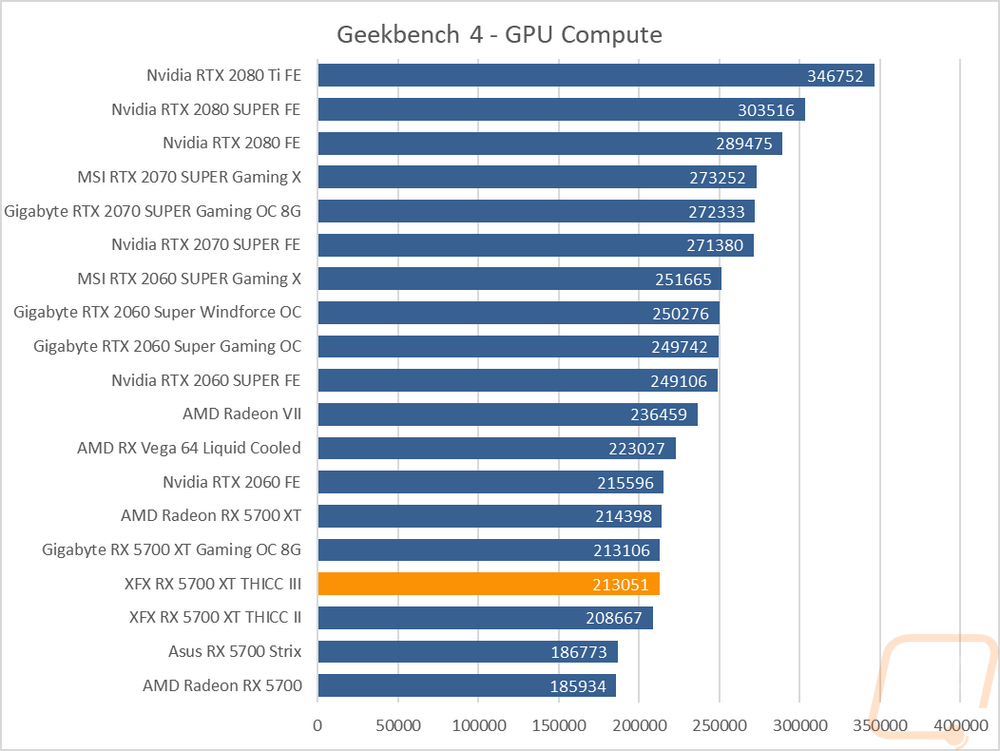 The last compute benchmark was the new Geekbench 5 test and I have only started filling in the number on this one so I currently only have the RX 5700 results. The Thicc III did top the chart at least on both the Vulkan and OpenCL results 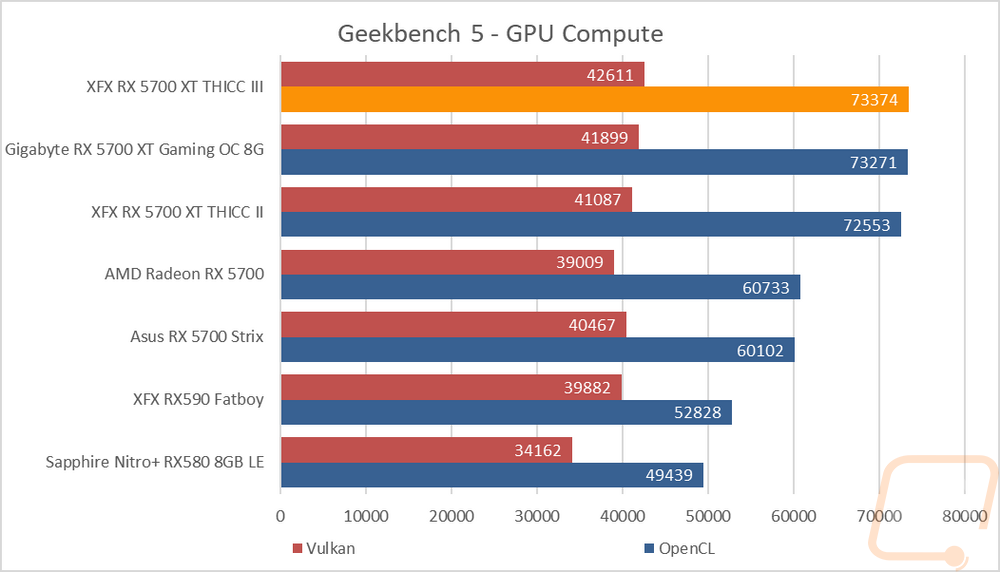