Now some people don’t need a video card for gaming, they need the processing power for rendering or 2D/3D production or in some cases people who game also do work on the side. So it is also important to check out the compute performance on all of the video cards that come in. That includes doing a few different tests. My first test was a simple GPU Compute benchmark using Passmark’s Performance Test 9 and the RX 5700 Strix came in even with the reference card. This wasn’t enough to edge past the Radeon VII but it was ahead of all of the RTX 2060 SUPERS and with that the regular RTX 2060 as well. 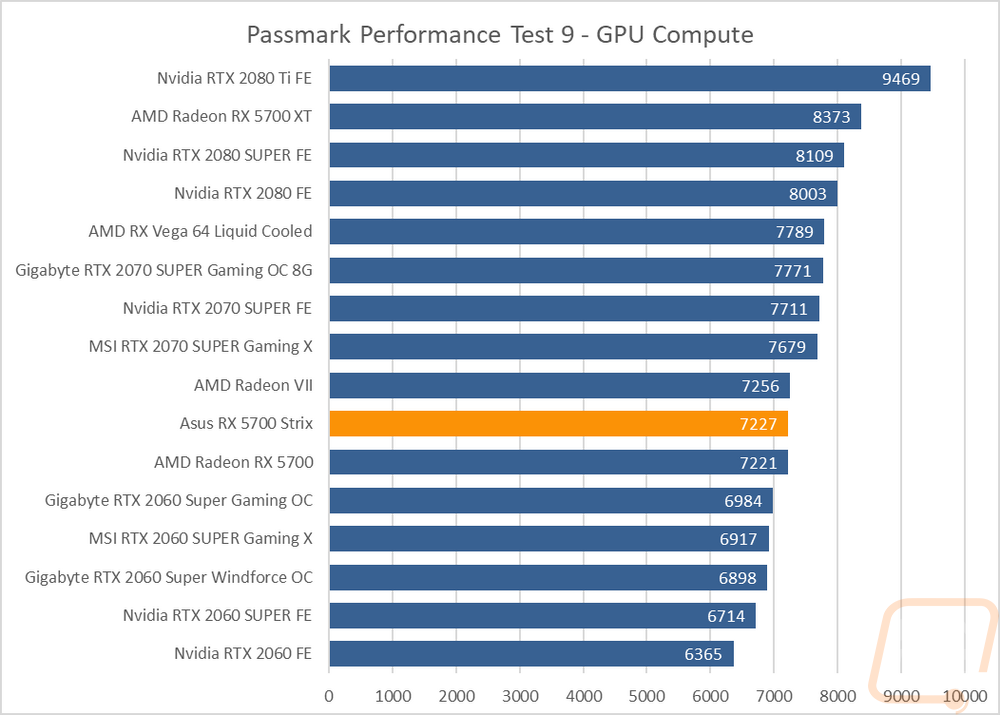 My favorite compute benchmark by far is the real-world tests in Blender. Blender is an extremely popular open-source 3D rendering program and this benchmark runs through two renders and is timed. So the lower the score the better the result. The RX 5700 Strix and the reference RX 5700 come in basically the same once again. This was again ahead of the 2060 SUPER and regular RTX 2060 as well. 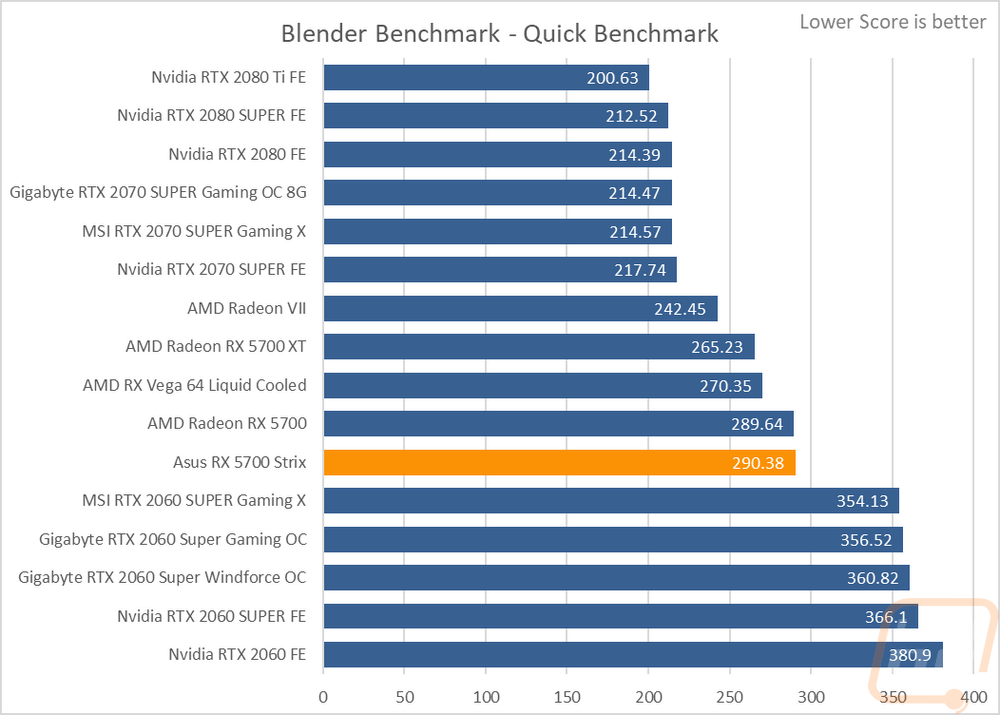 Basemark on the other hand, the RX 5700 falls on its face. The Strix card is again right with the reference card in both results, but well below even the RTX 2060 in this test. 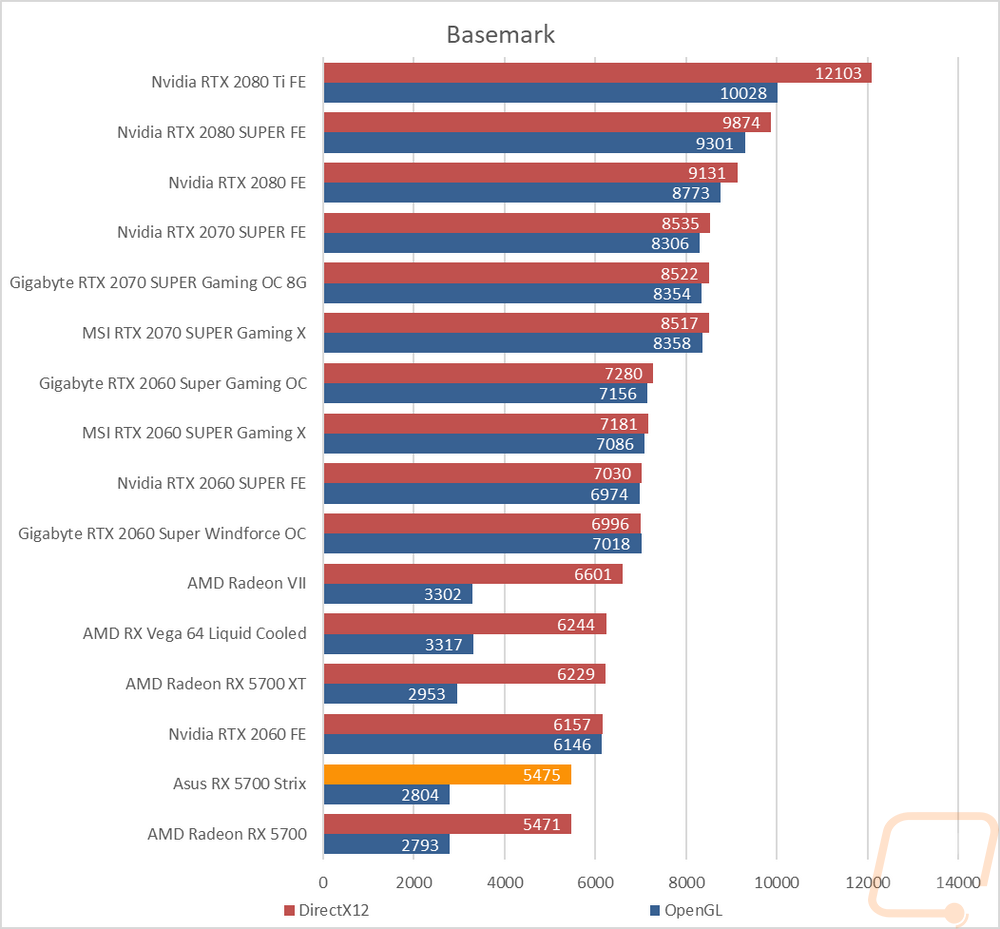 Geekbench 4 results are similar to Basemark with the two RX 5700’s paired up but this time the Strix does have a small edge on the reference card. They both sit at the bottom of the chart though with the RTX 2060 the next highest card with a big gap between them. 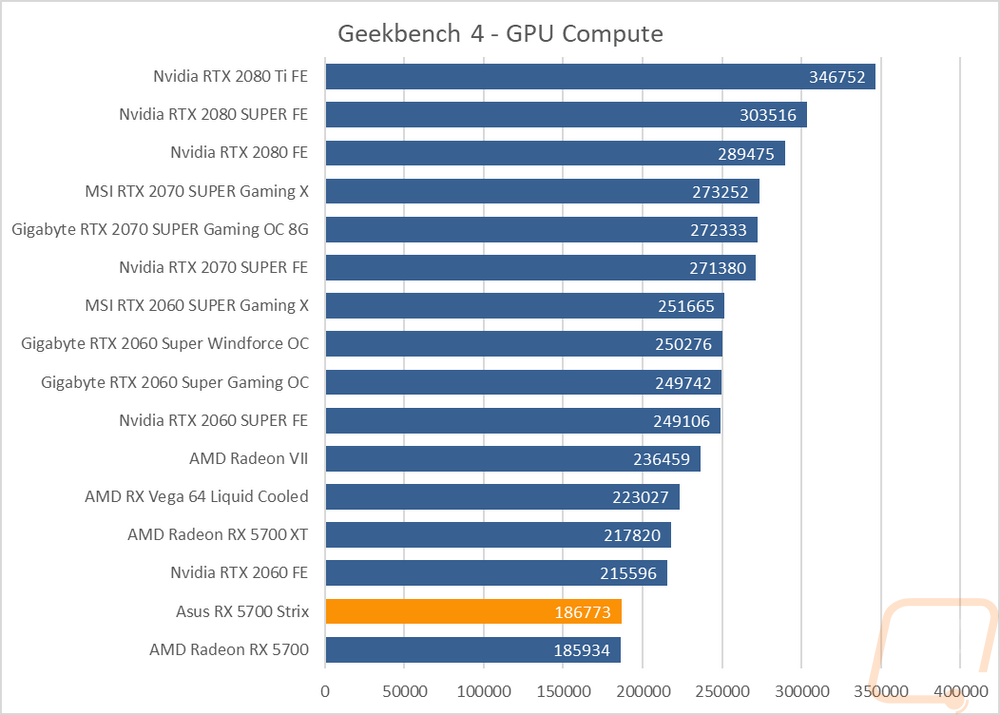 We have 1552 guests and one member online