So how did the RX 5700 Strix perform? 1080p performance was exactly how you would expect. All of the tests ran came in smooth and playable with 6 over 120 FPS and 8 over 60. 1440p gets more interesting. A majority of the games are smooth with 10 over 60 FPS, but there are four that you are going to have to adjust to get back up into that 60 FPS range. But overall 1440p is more than playable, but not perfect. Then like always 4K things fall off. The RX 5700 Strix can play just about everything at 4k though with 12 in the 30-60 FPS range and over 60. There is just one that would be considered unplayable under 30 FPS.

I have all of the regular tests as well to take a closer look game by game. Like with our other testing I was mostly curious how the RX 5700 Strix compares with the reference design and how it compares with the RTX 2060 and RTX  2060 SUPER cards from Nvidia. Keeping up with the reference card wasn’t a problem for the Strix though the gap between the two isn’t nearly as much as I would like. In most tests, the difference was an FPS or less. Both RX 5700’s still ended up being faster than the RTX 2060 though with the gap sometimes being huge. For example in Dawn of War 3, the 5700 Strix is 22.64 FPS faster at 1440p and 10.91 FPS at 4K which might not sound huge but gets the performance much closer to 60 FPS. In that same test the RX 5700 Strix was also way out ahead of the 2060 SUPER FE as well. In general the 2060 SUPER was faster at 1080p and on par at 4k and 1440p and the RTX 2060 was behind them all. In games like Metro Exodus where the reference RX 5700 was already close to the performance of the overclocked RTX 2060 SUPER the extra speed pushed things over the edge. But there are still a lot of games where the RX 5700 Strix is a world behind the 2060 SUPER but ahead of the RTX 2060. 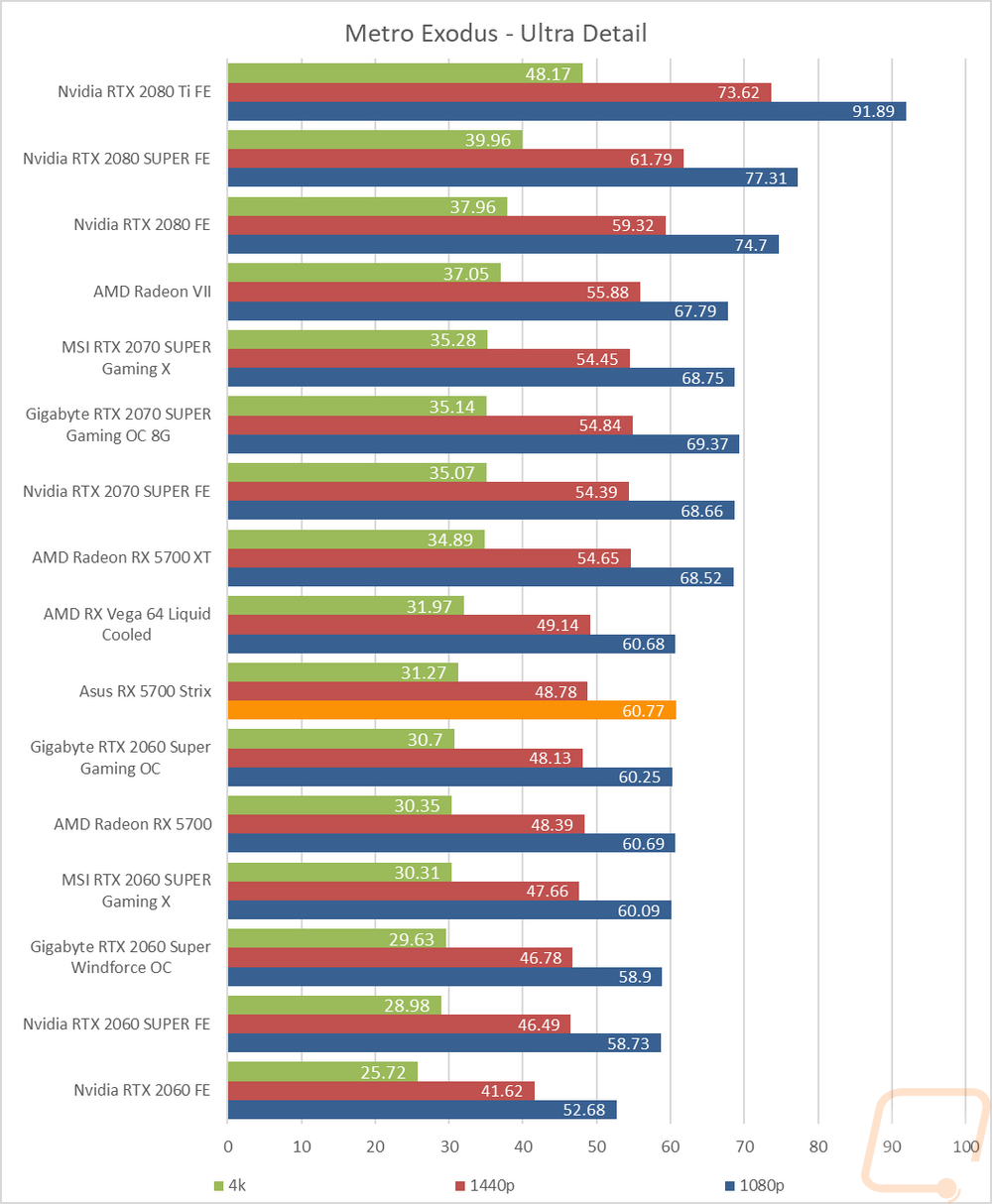 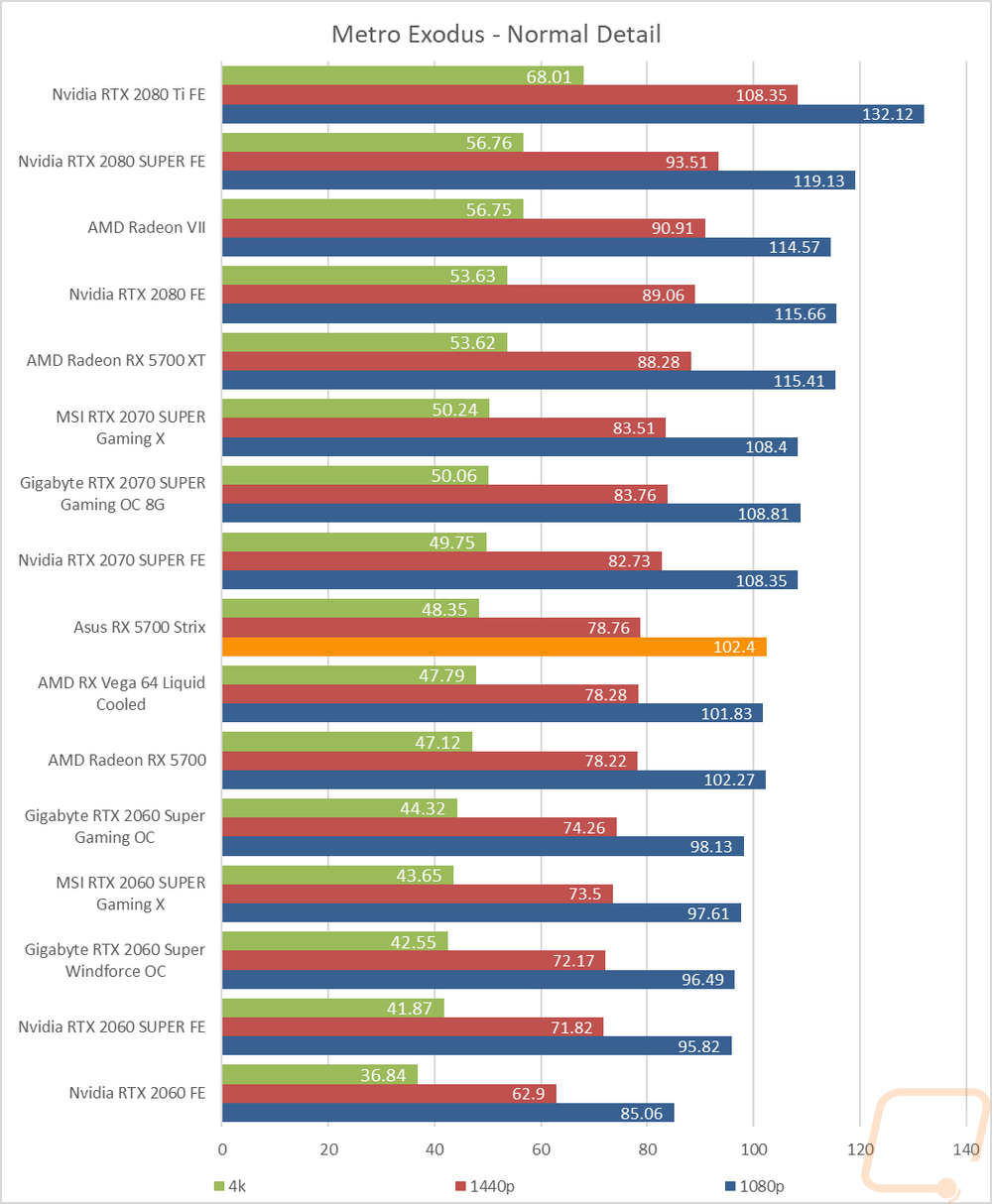 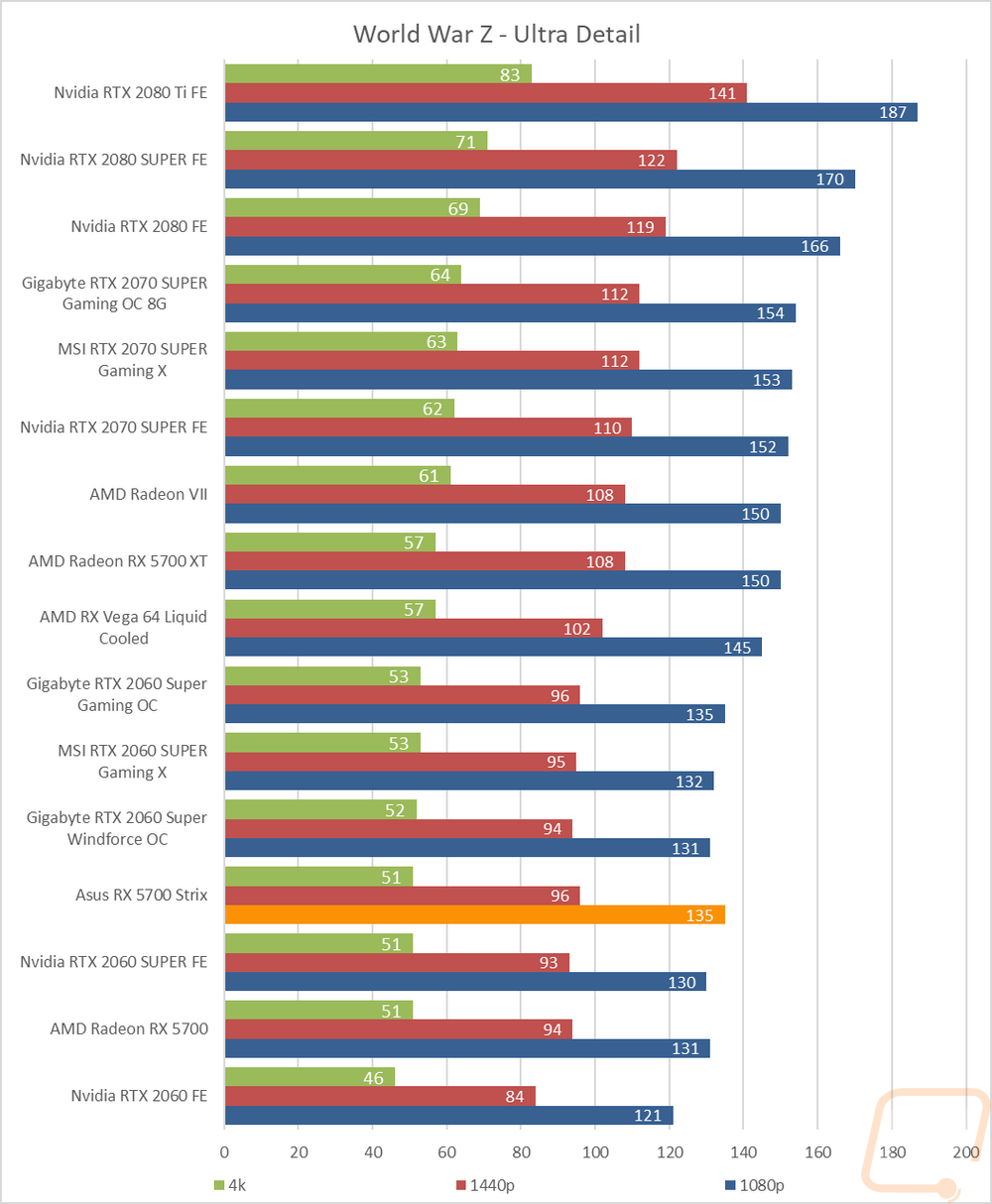 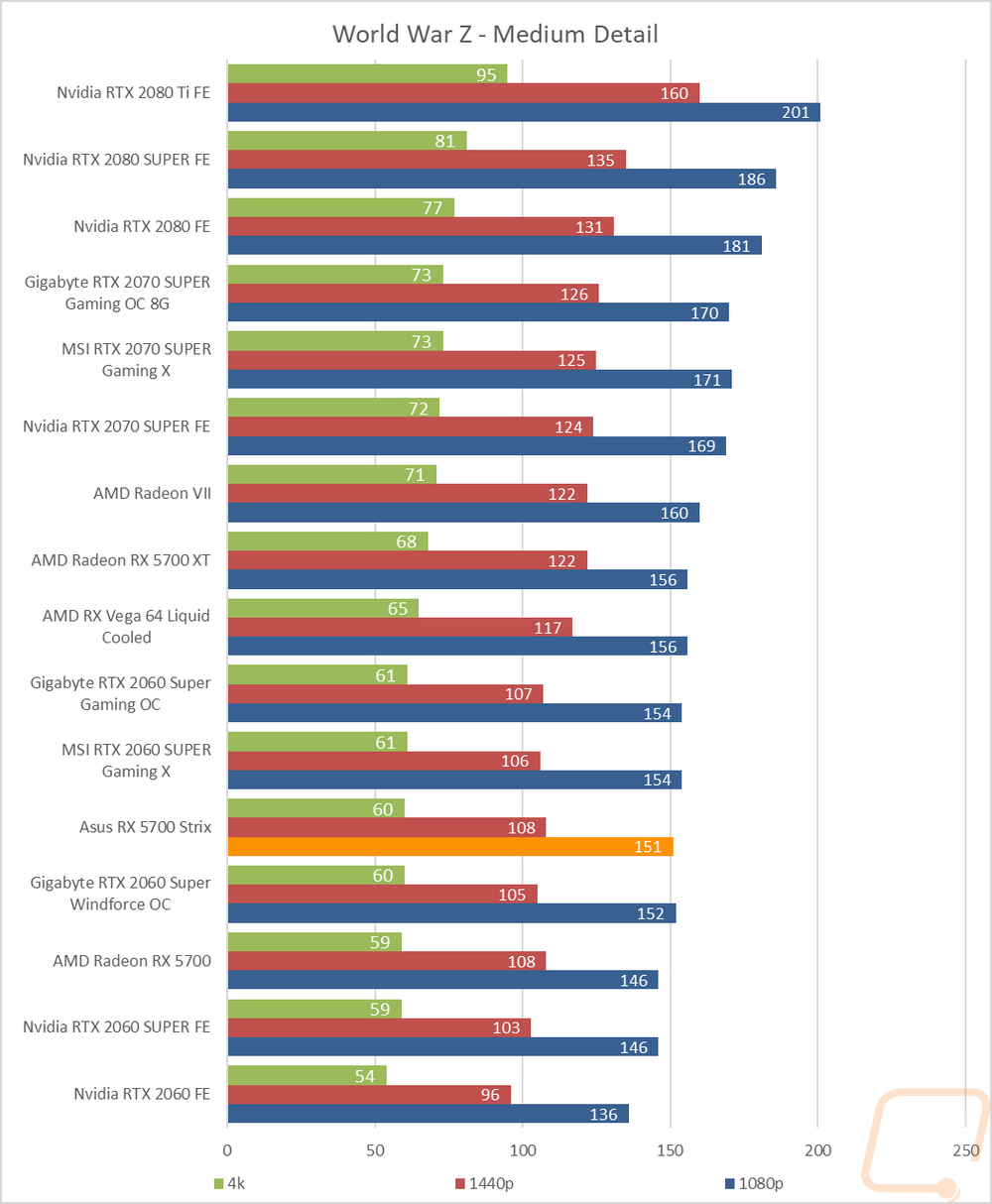 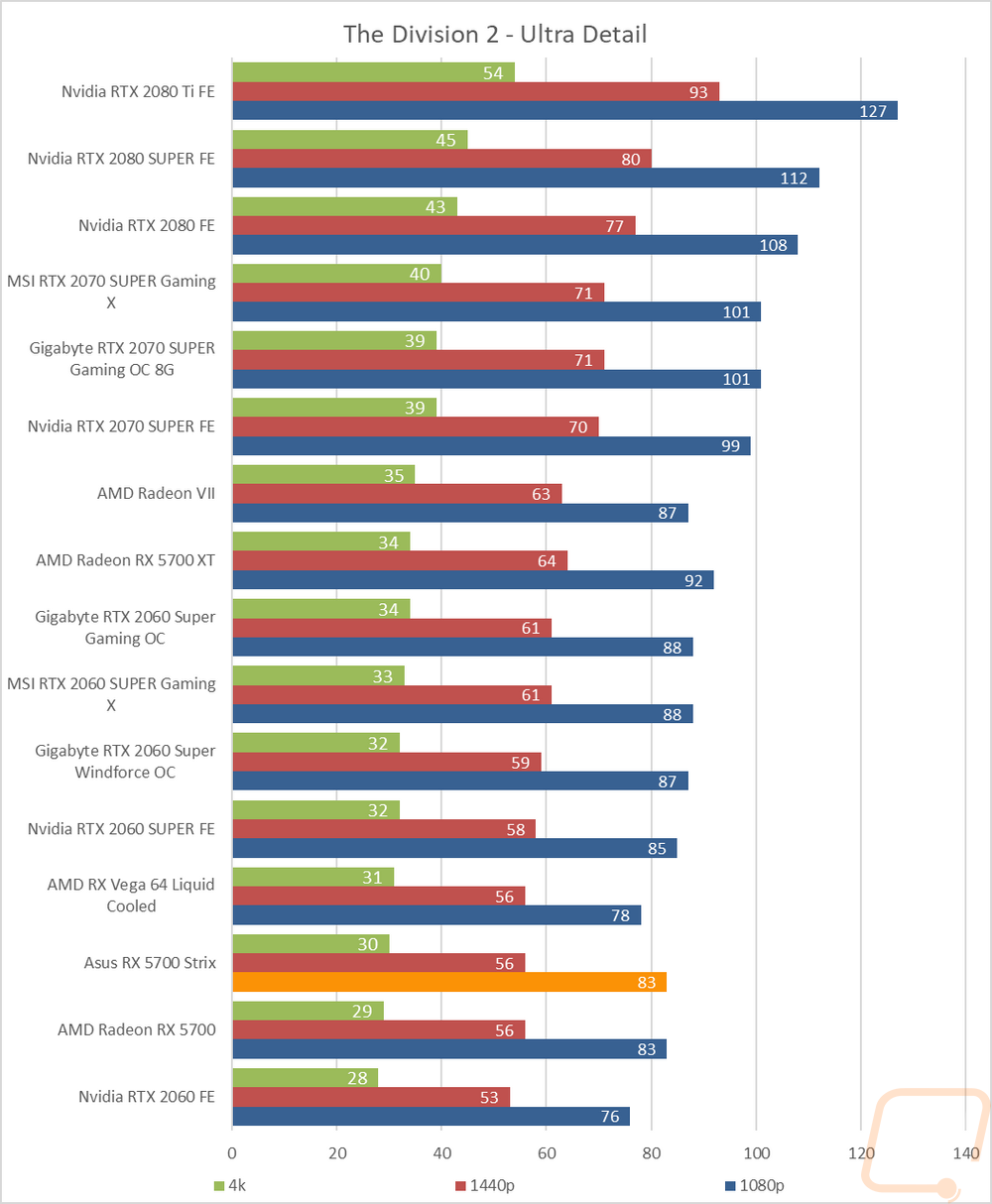 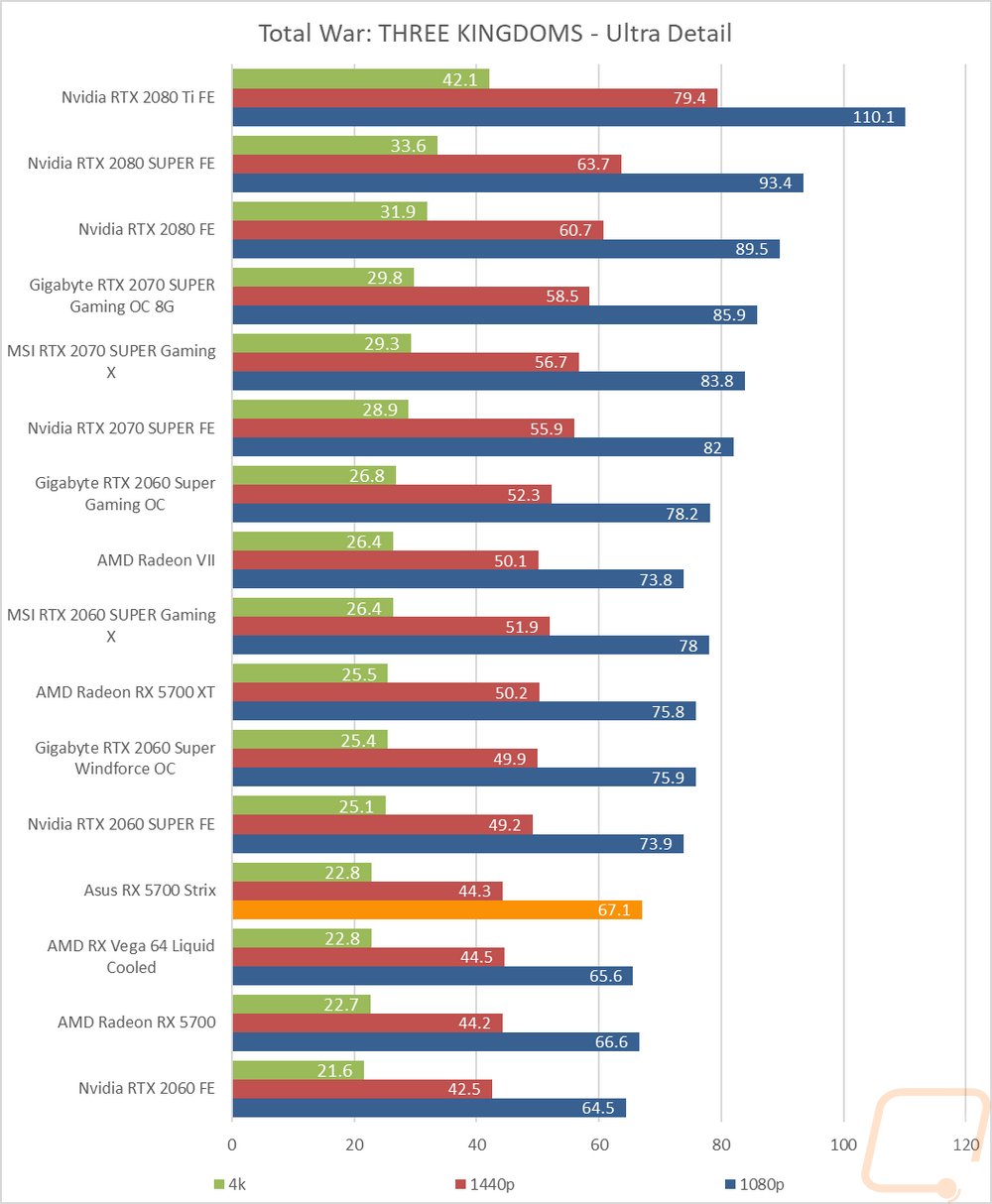 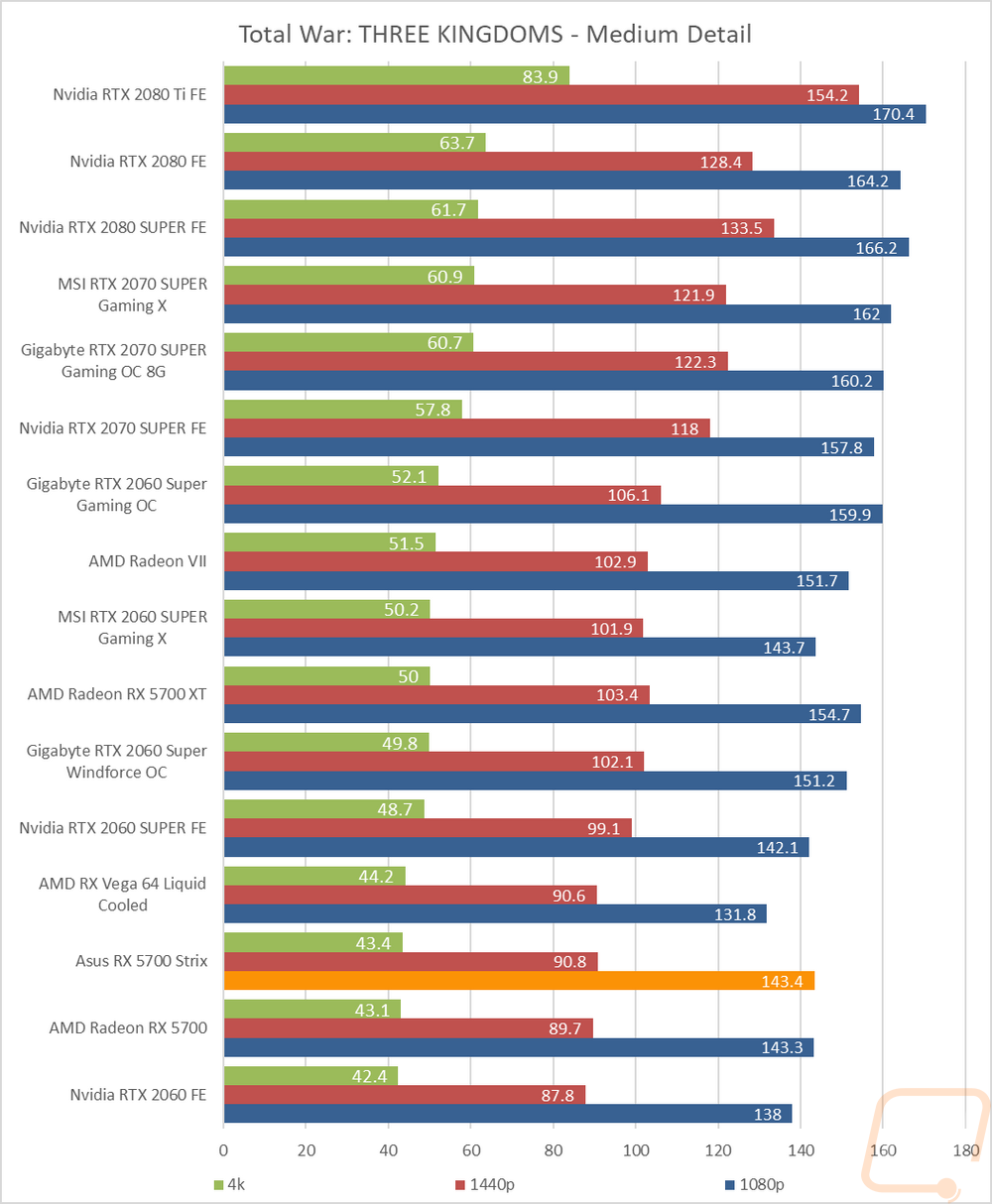 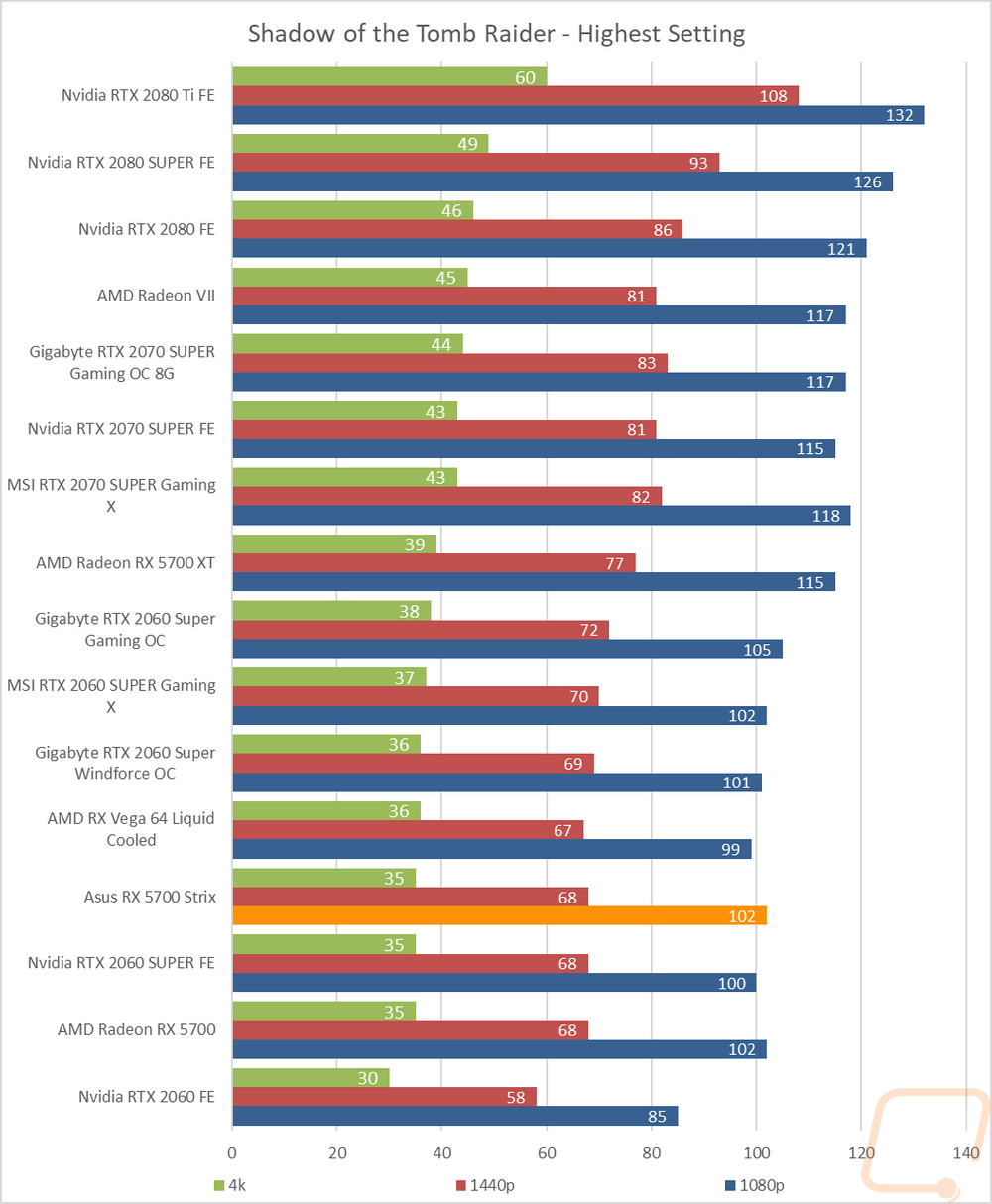 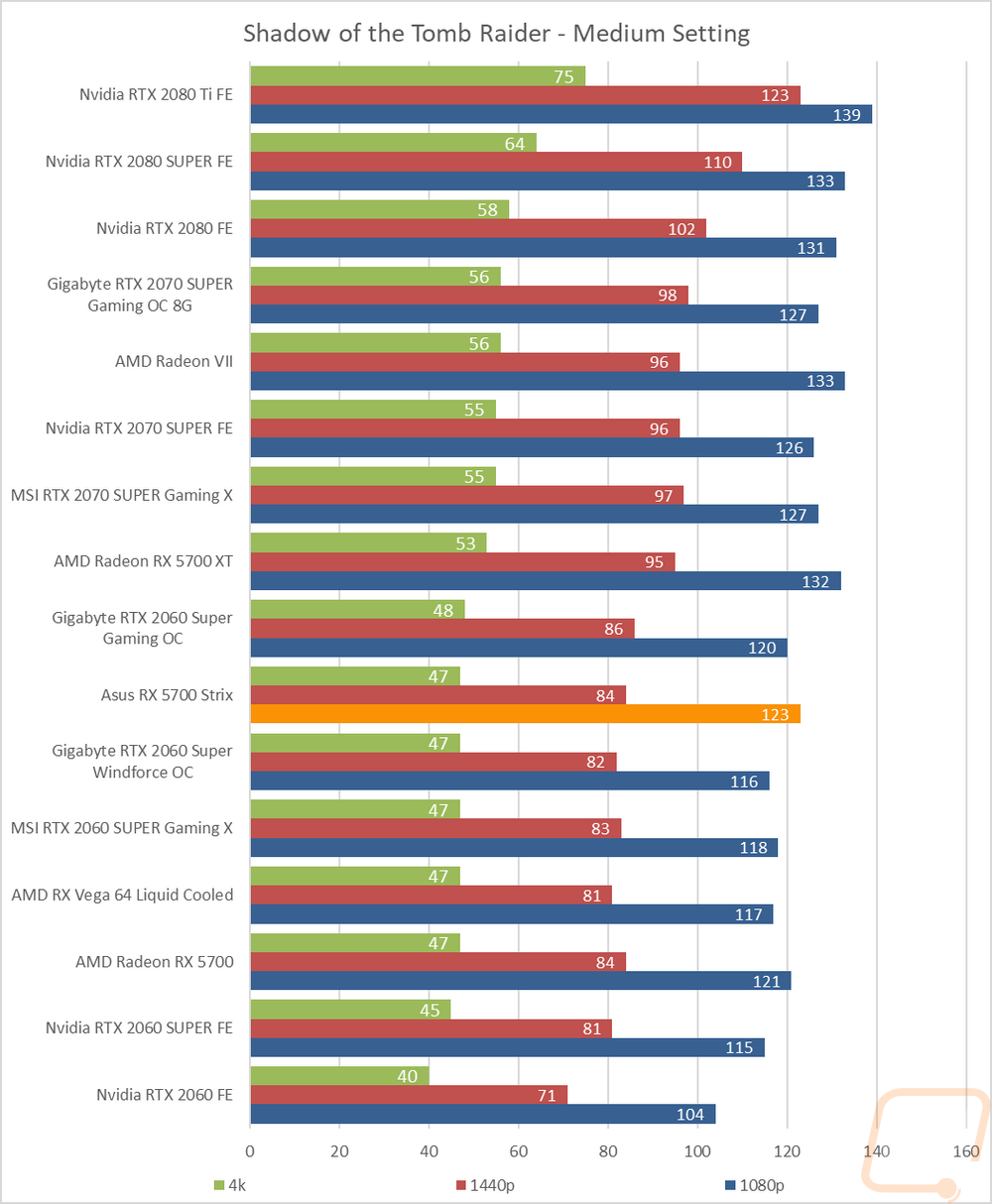 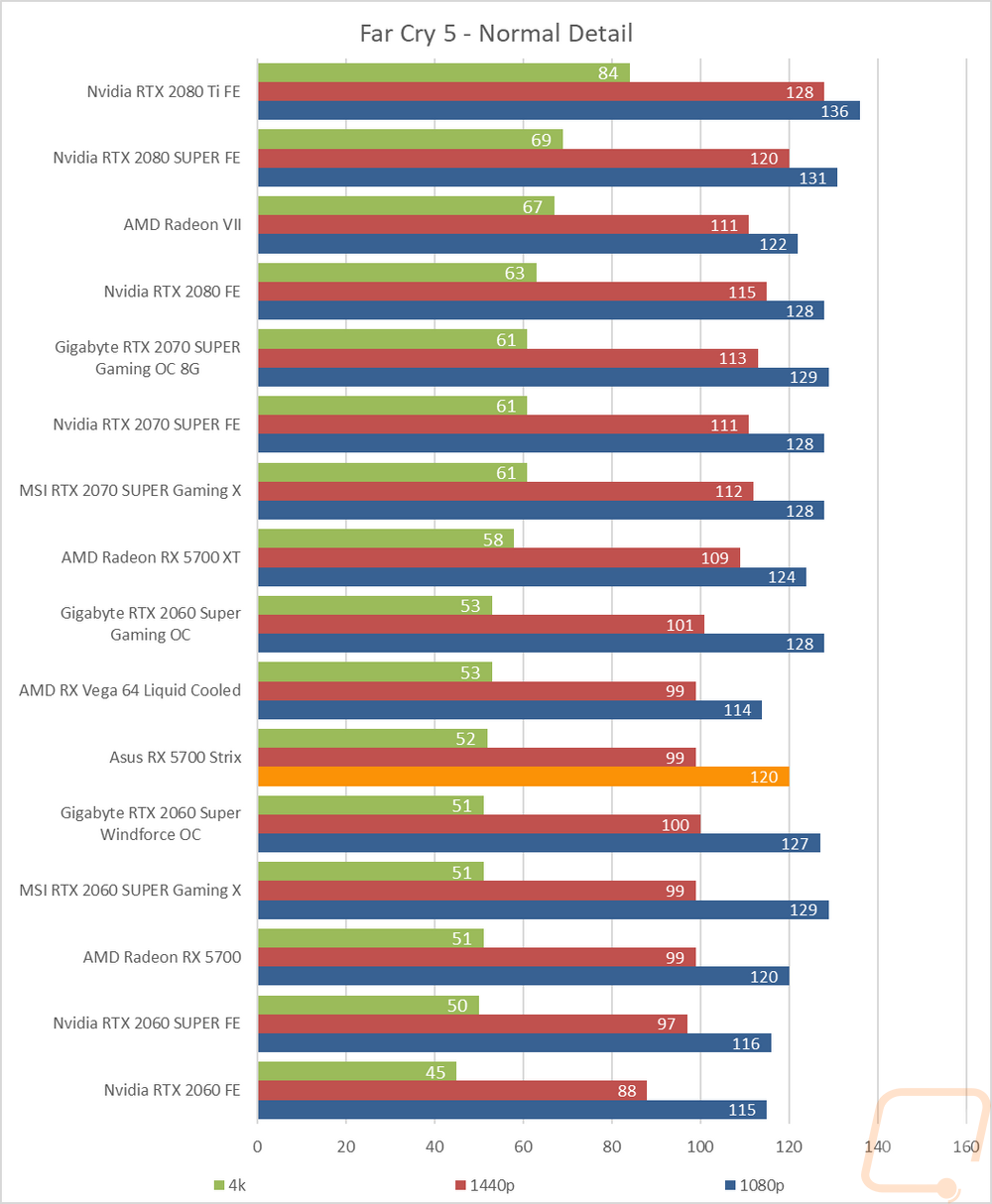 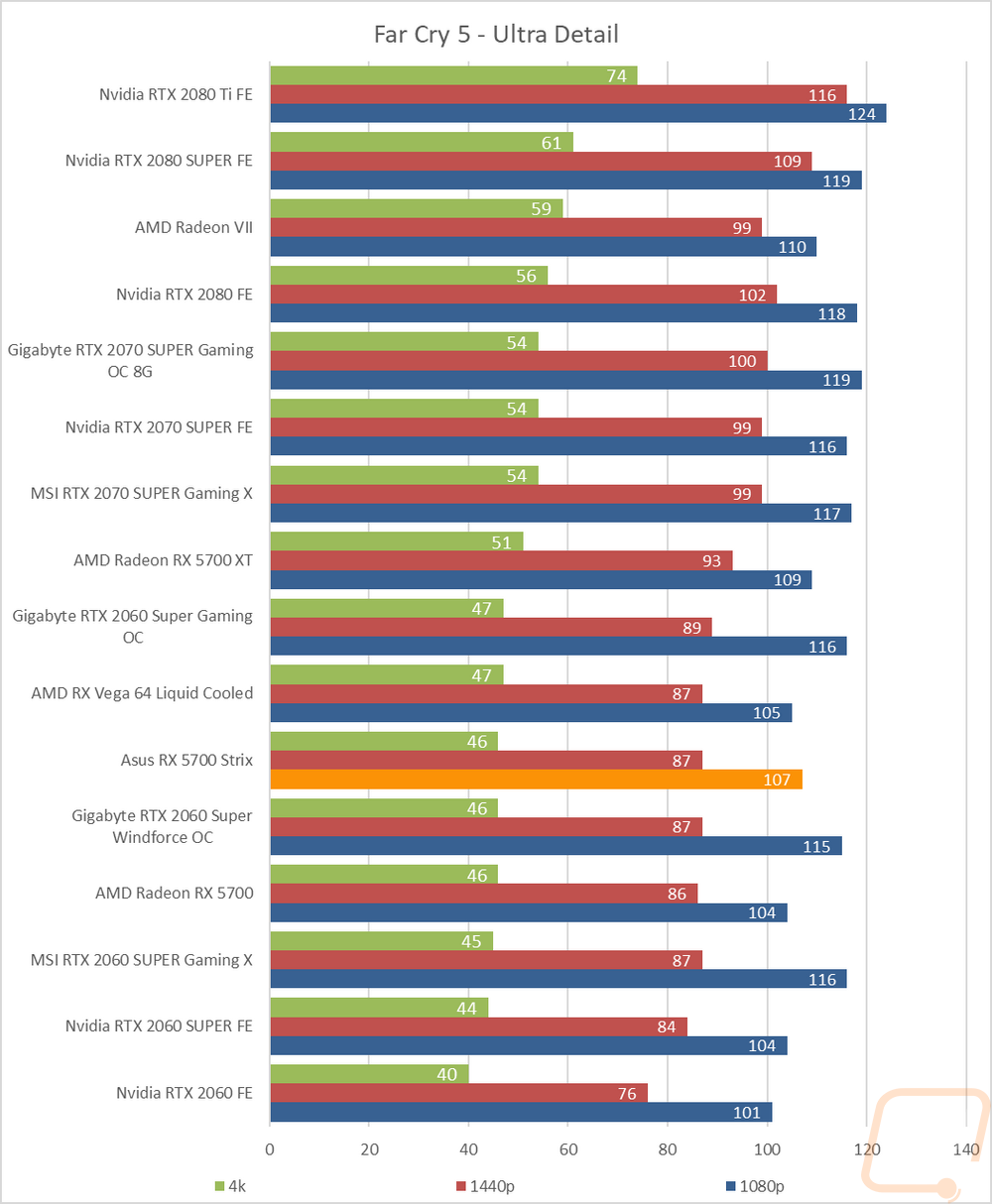 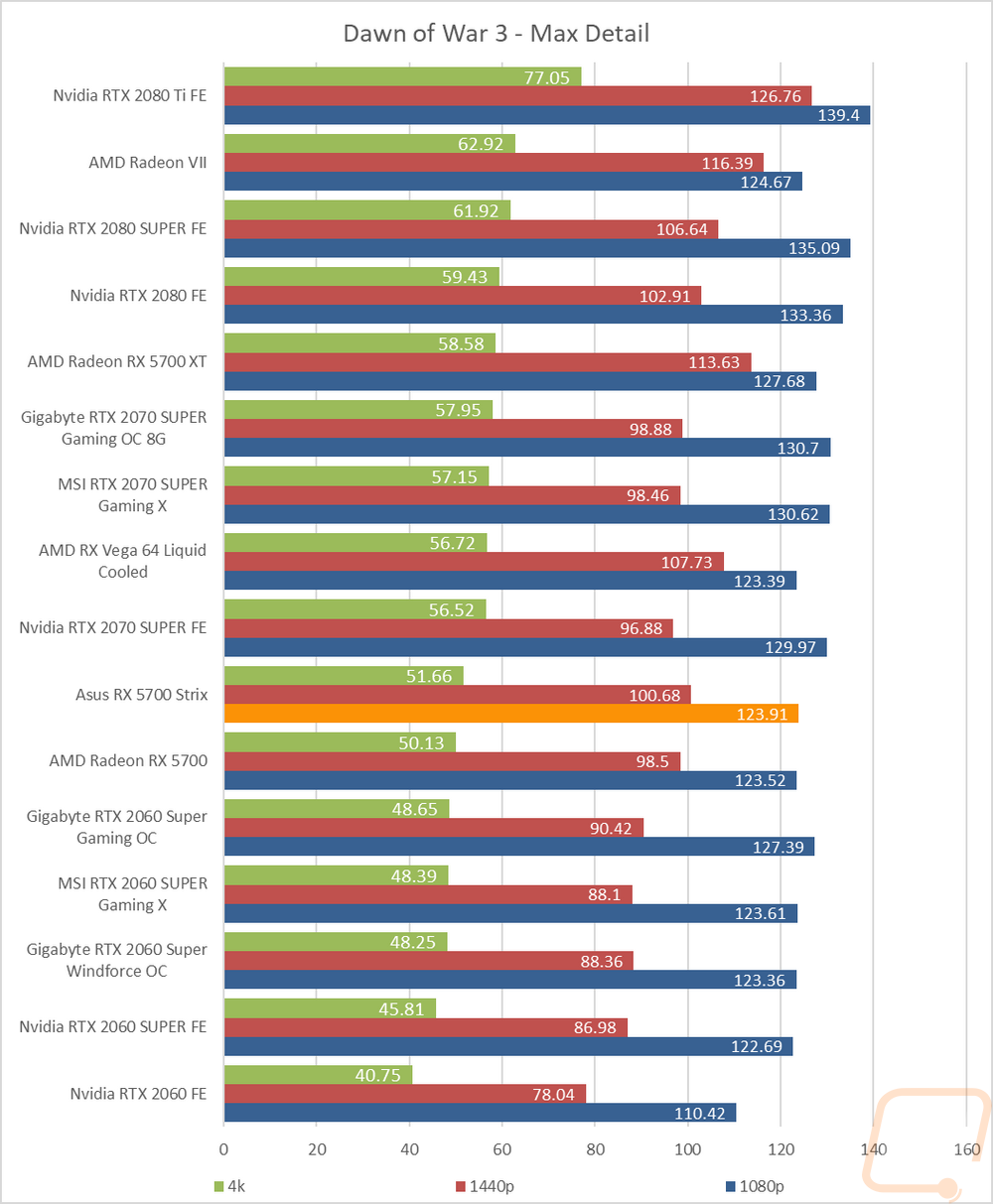 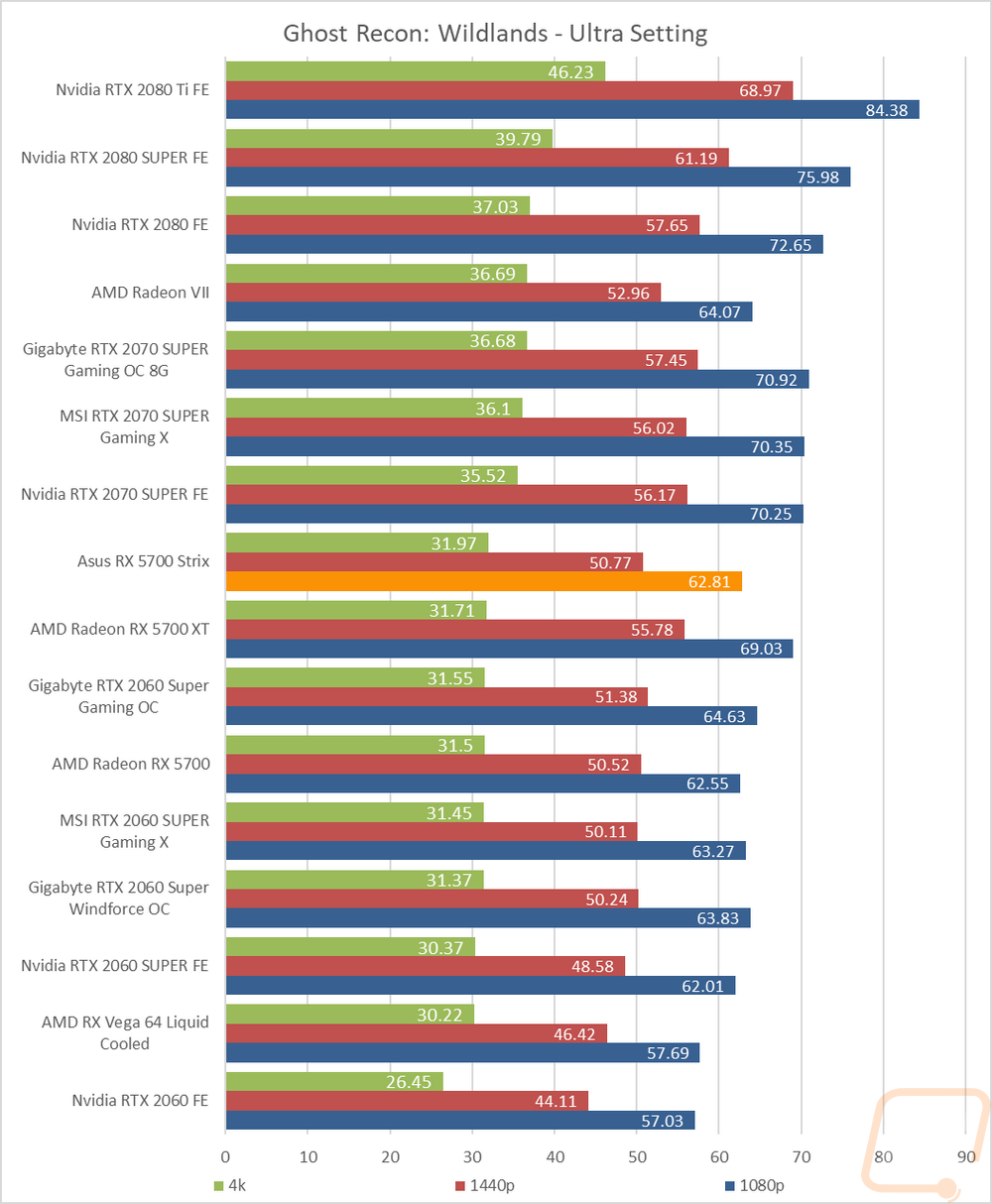 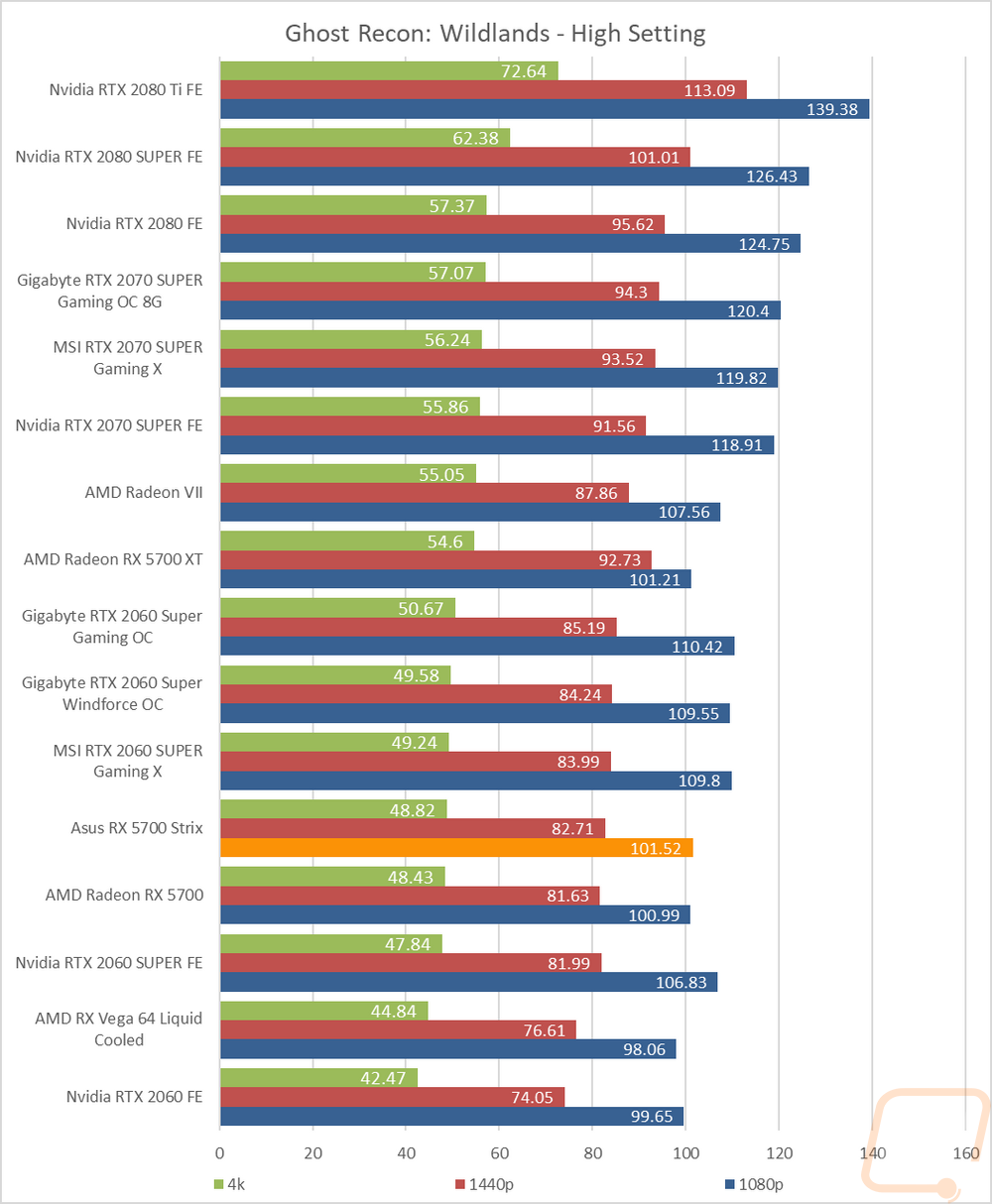 We have 1110 guests and one member online