My first test was again in Superposition. This time I tested the VR Maximum and VR Future tests using the Vive resolution. The RX 5700 Strix wasn’t really far off from the reference card here with just a fraction of an FPS between them on both results. This did still keep it a few FPS above the RTX 2060 with the RTX 2060 SUPER well ahead. 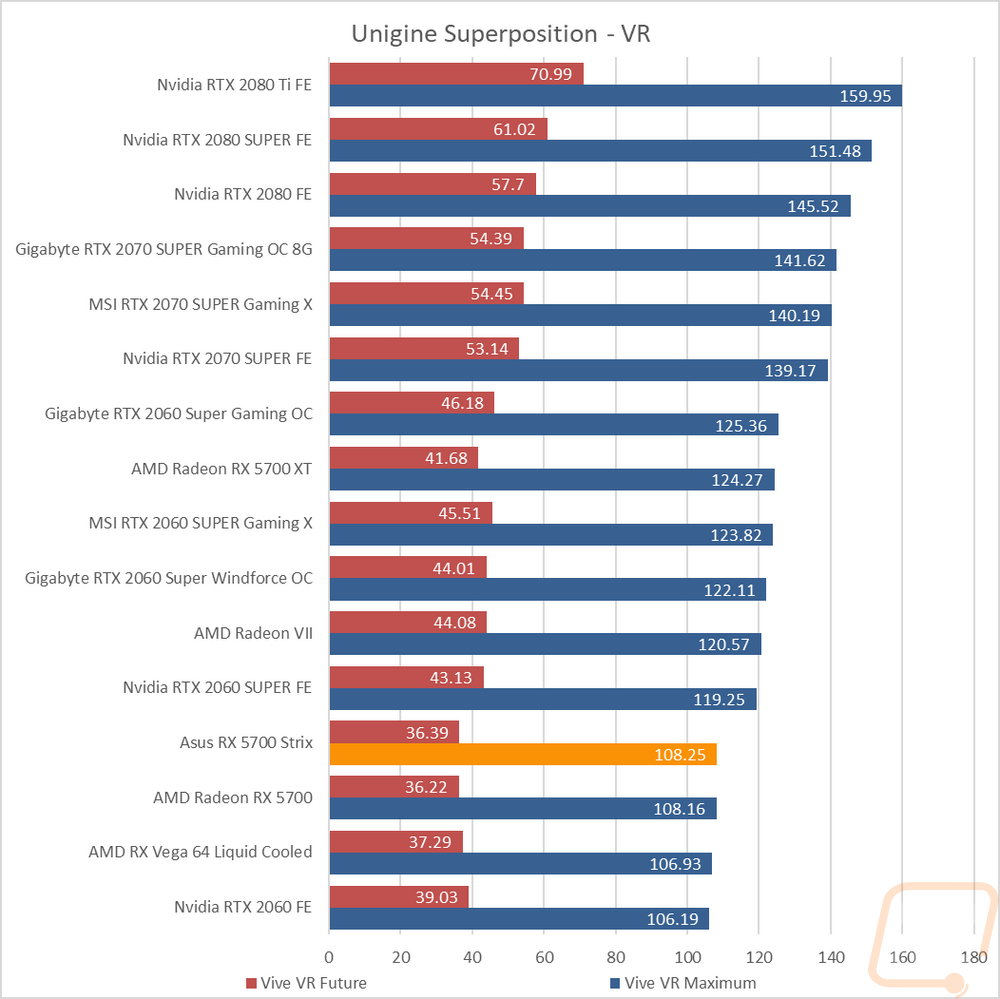 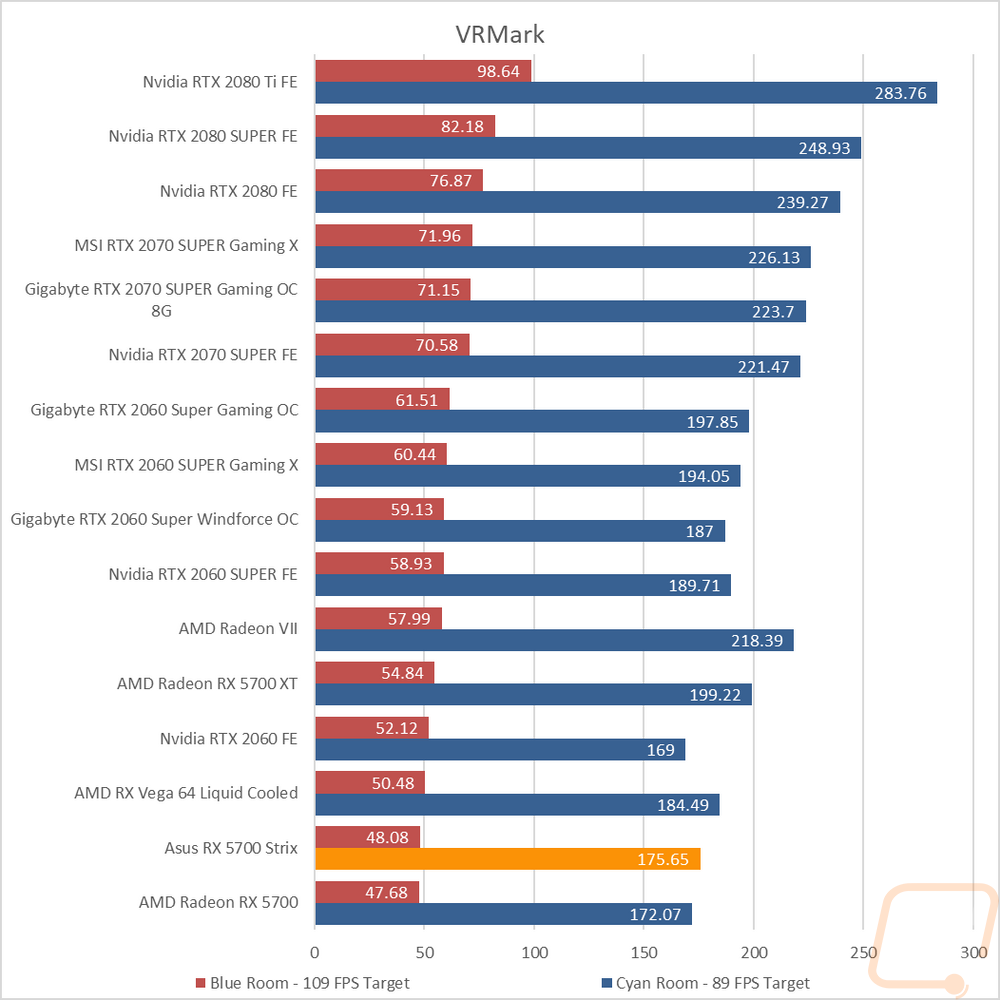 We have 911 guests and one member online