As always I like to start off my testing with a few synthetic benchmarks. 3DMark especially is one of my favorites because it is very optimized in both Nvidia and AMD drivers. It's nice to not have to worry about it being favored too much either way and the repeatability of the results makes it a nice chance to compare from card to card. In this case, I was curious how the RTX 2080 SUPER compares with the original RTX 2080 and the RTX 2080 Ti on the Nvidia side. Then with the Radeon VII, Vega 64, and new RX 5700 XT on the AMD side. To test that I started with 3DMark Fire Strike with all three of its detail settings. This is a DX11 test and the Nvidia cards haven’t been doing as well here lately but the 2080 SUPER FE did still perform well here. In the performance and extreme details, for example, it came in ahead of the Radeon VII when the original RTX 2080 didn’t. Getting up to the Ultra detail the Radeon VII was helped by its high VRAM but still, it wasn’t much of a gap. 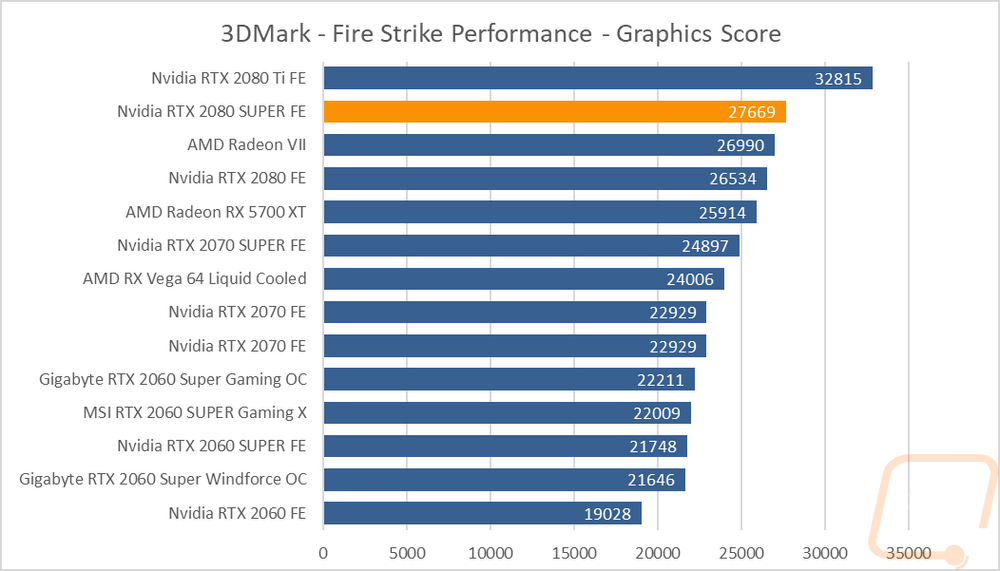 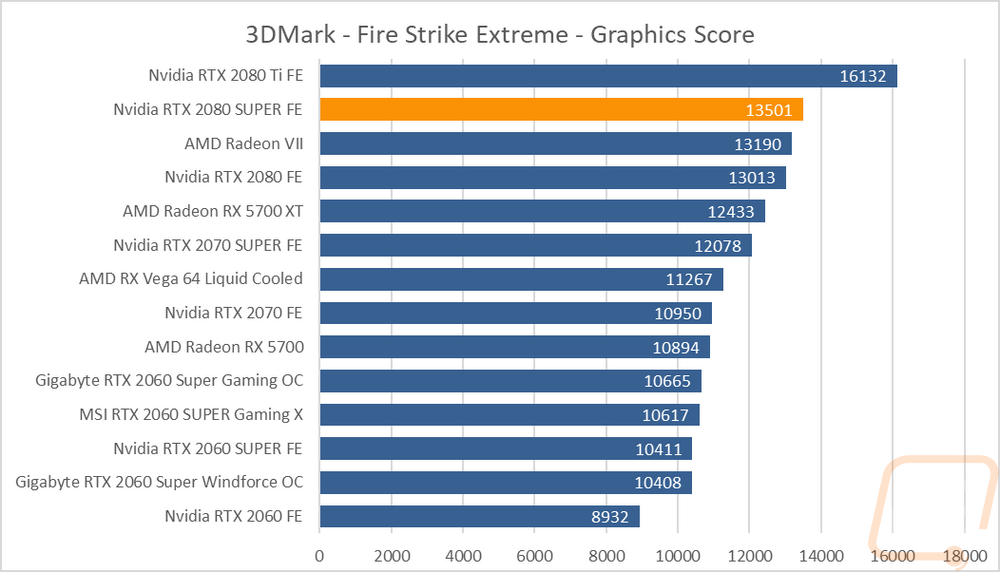 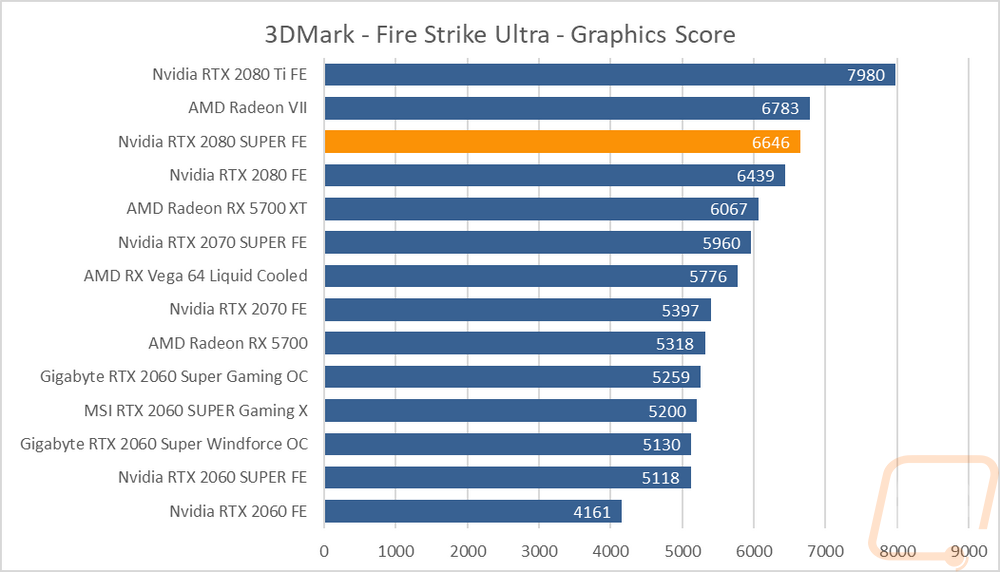 Now in Time Spy I took a look at DX12 performance and the Turing based cards have really taken a liking to DX12 and it shows here. The top 7 cards in the normal test were RTX cards with the 2080 SUPER getting almost 1000 points on the RTX 2080 but it was still 2228 points behind the 2080 Ti. At the Extreme detail setting the Radeon VII did come up a little but the top is still the 2080 Ti, 2080 SUPER, then 2080 altogether. 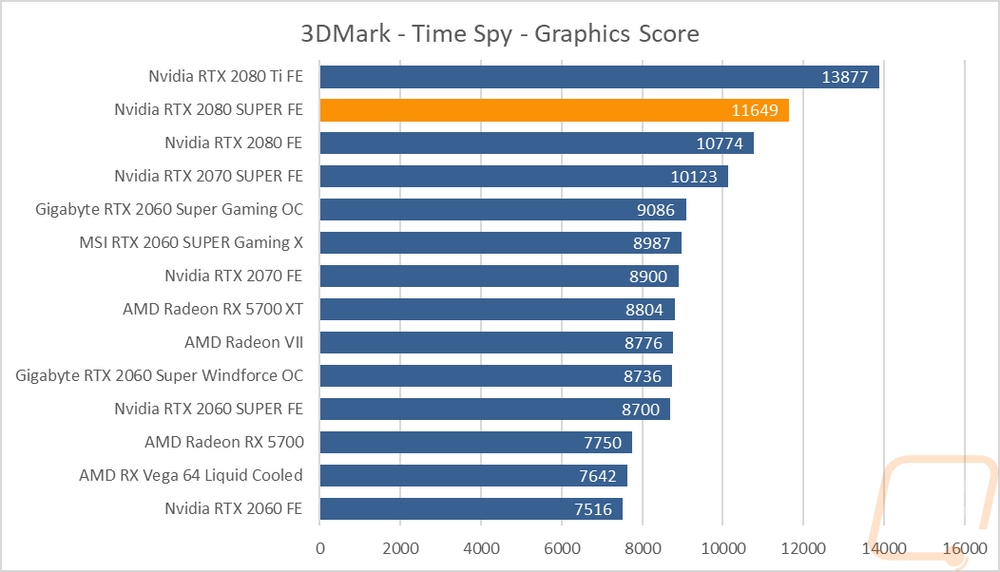 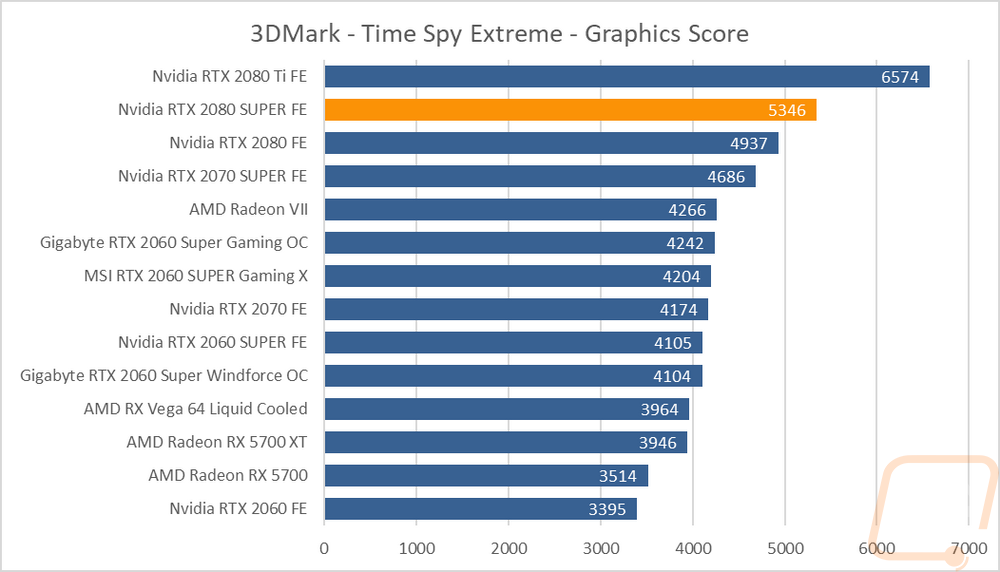 I also ran the Port Royal test which takes a look at ray tracing performance. Sadly AMD hasn’t added support for DirectX Ray Tracing yet but of course, Nvidia has with their RTX cards leading ray tracing into the market. The 2080 SUPER improved on the 5933 of the original 2080 to 6802 for a really nice improvement. Of course, like on the other tests, the 2080 Ti is still at the top by a large margin. 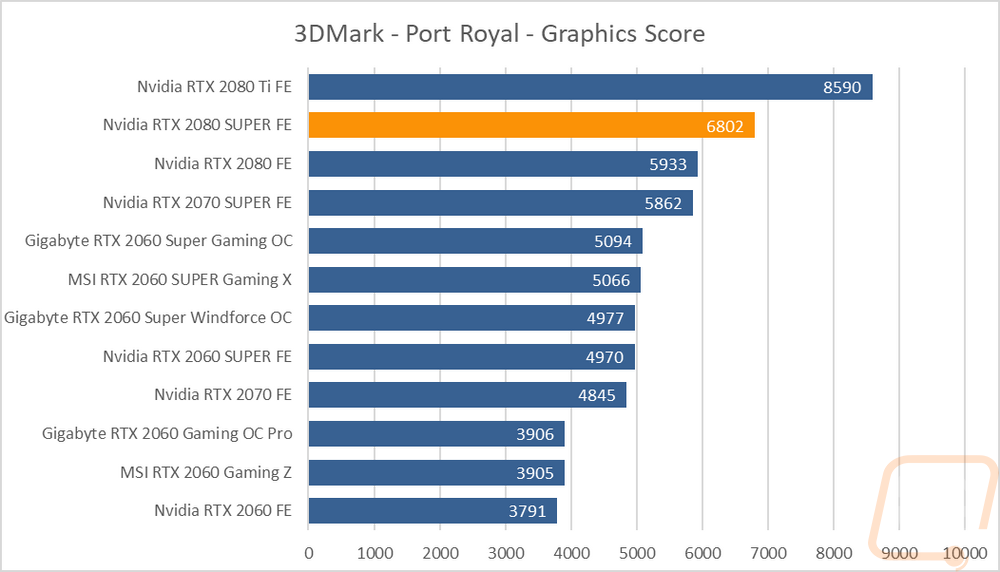 I also tested in Superposition which is a Unigine Engine based test. I tested at medium and extreme detail levels at 1080p. The order of the results isn’t a surprise at all with the 2080 Ti, 2080 SUPER, then 2080 at the top. 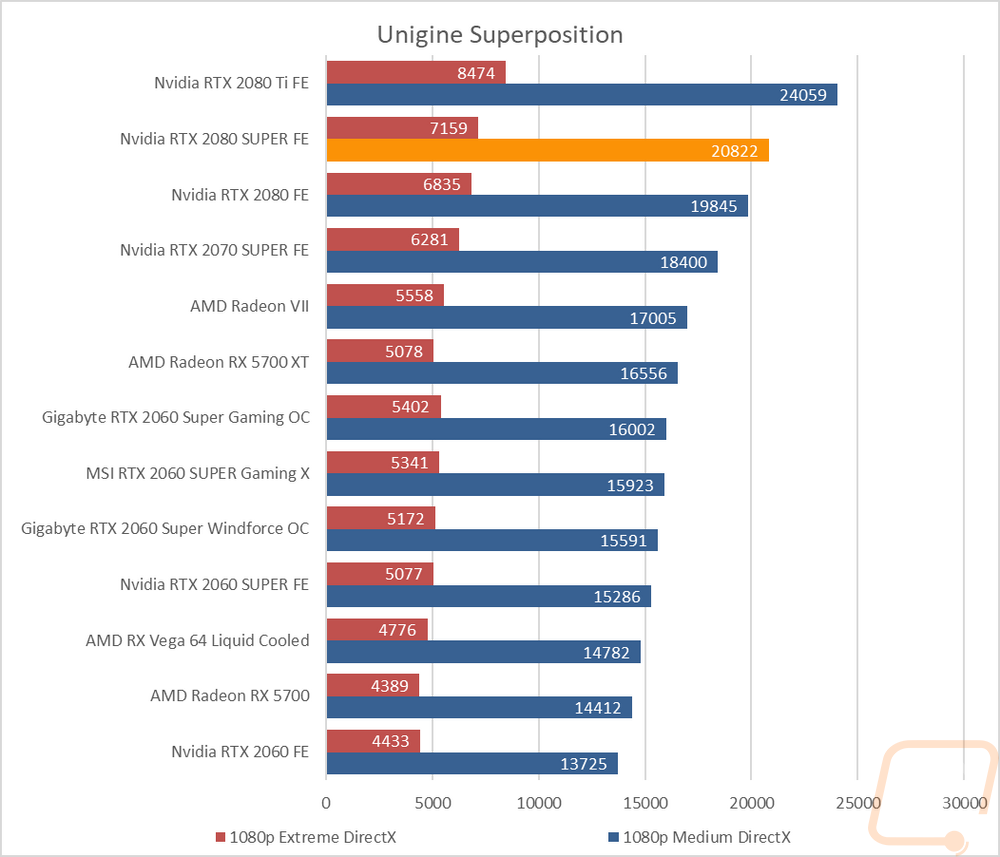 We have 1310 guests and no members online