So how did the two Gigabyte RTX 2060’s perform? Well at 1080p they both did extremely well. The extra overclock that the Gaming OC has did allow for a noticeable improvement here. It had one more game up over 120 FPS than the Windforce and more importantly, the Windforce ended up with one game under 60 FPS and the Gaming OC didn’t have that problem. At 1440p the Gaming OC had one more game up over 60 FPS than the Windforce having nearly every game at every detail level being in the smooth range. Then at 4k things drop off with both cards but the Gaming OC did end up with one less game in the under 30 FPS range. Overall though both cards are great at 1080p and 1440p and no really recommended for long term 4k gameplay for the most demanding games.

I also have all of the detailed graphs as well which show the individual game performance of both cards. For the most par, the four RTX 2060 SUPERs stayed in the same order as their clock speeds which isn’t a big surprise. There are a few like in Shadow of a Tomb Raider where the Windforce looks ahead of the Gaming X because the 4k results are the same, but you can see the difference still at 1080p. There were also a couple of games were the Windforce did edge out the Gaming X as well. What I was most interested in though were results were the Gaming OC’s high overclock helped it jump up over cards like the RX 5700 in Metro Exodus at ultra detail, up over the Radeon VII and 5700 XT in Three Kingdoms, and over the 5700 XT in Shadow of the Tomb Raider at the highest setting. It isn’t a huge jump in FPS at 4k but at 1080p the clock speed of the Gaming OC was good for 2-12 FPS depending on the game. 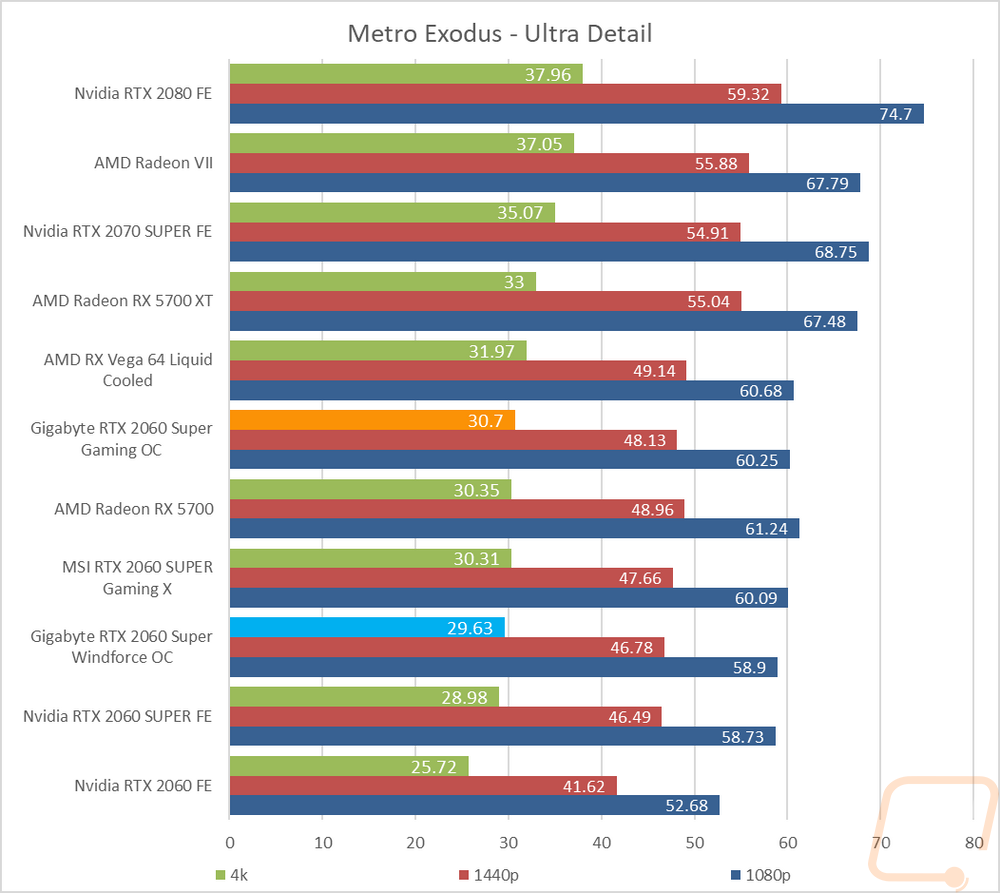 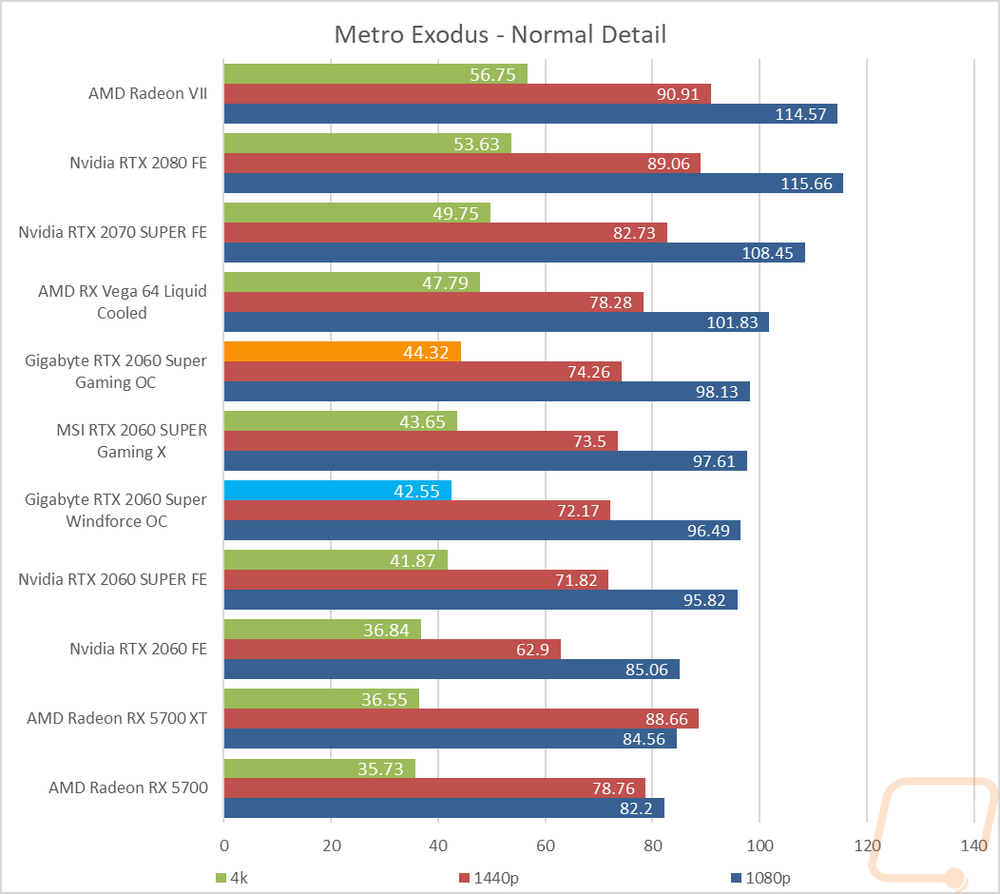 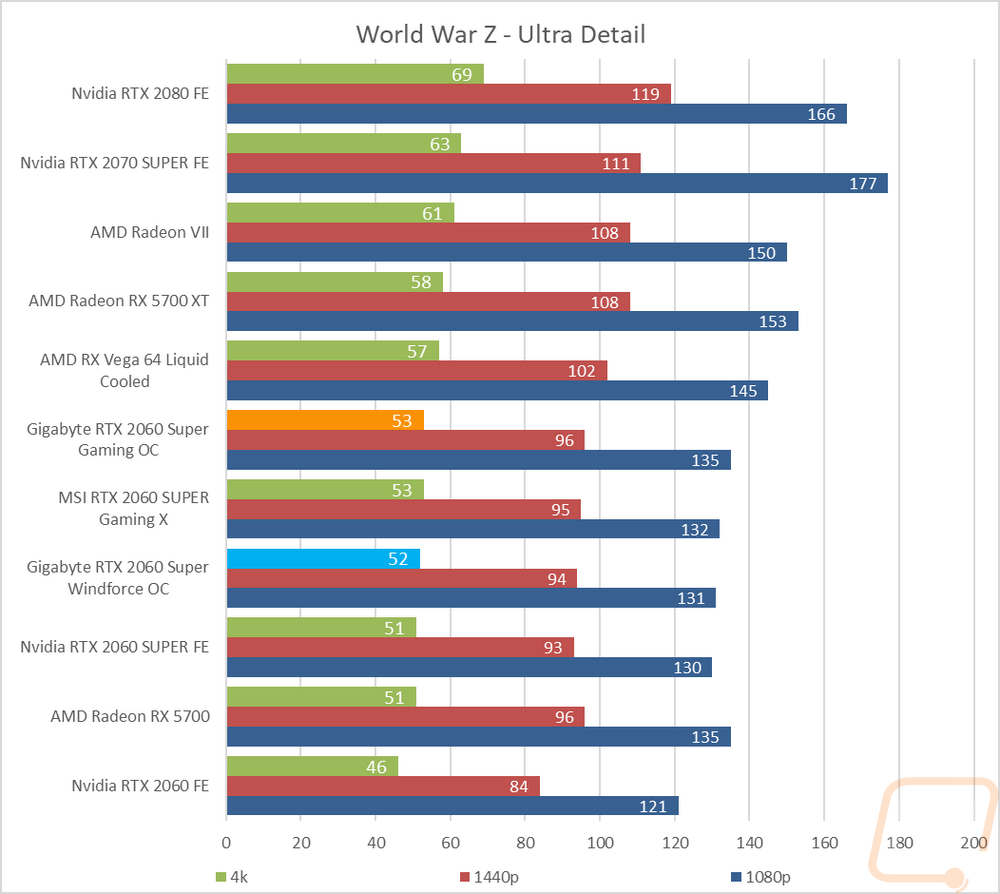 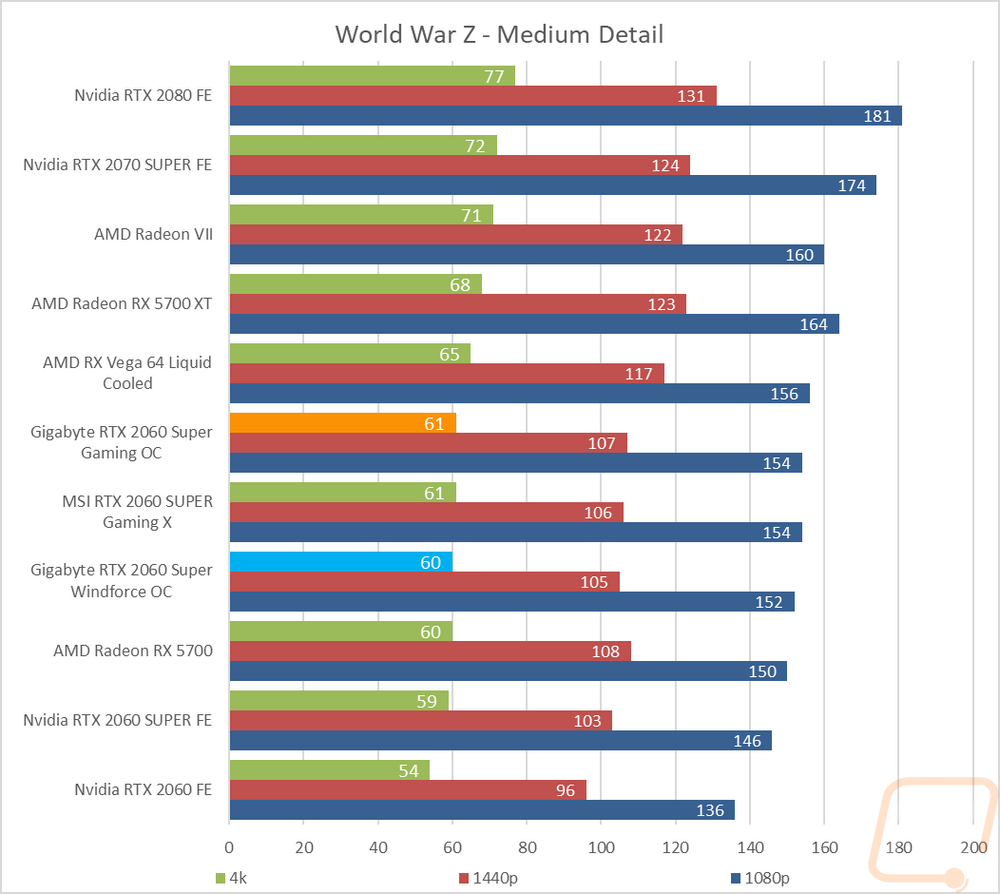 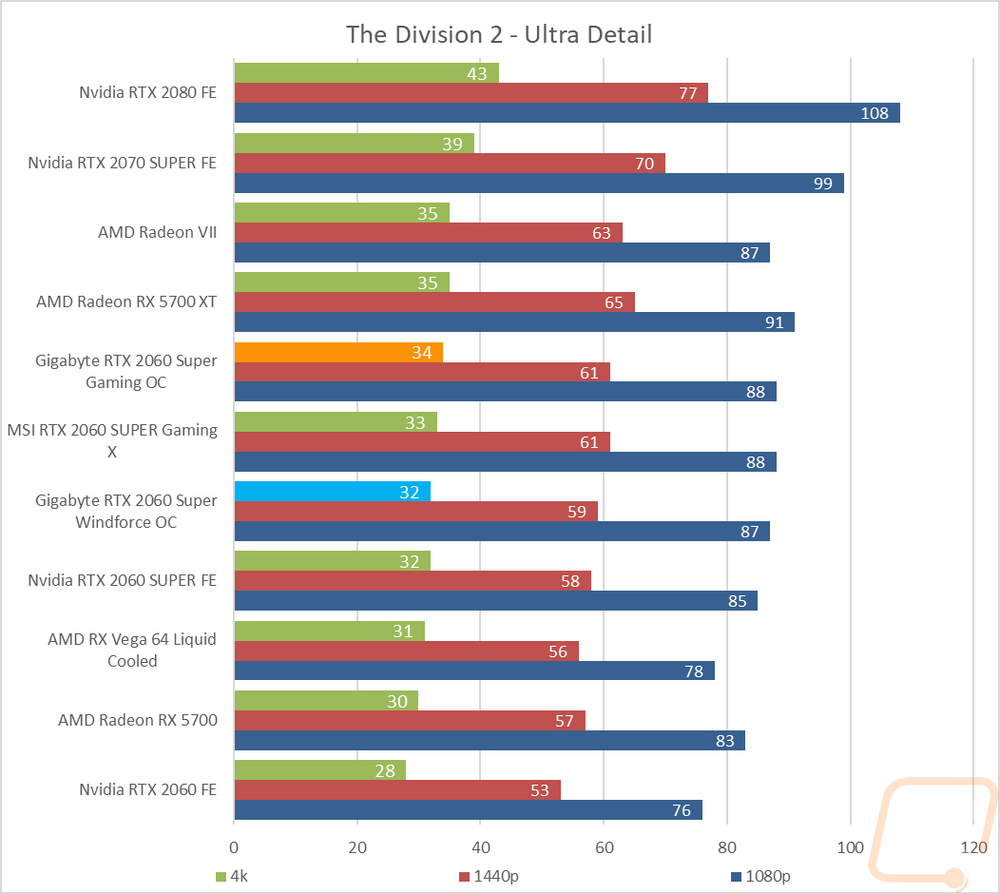 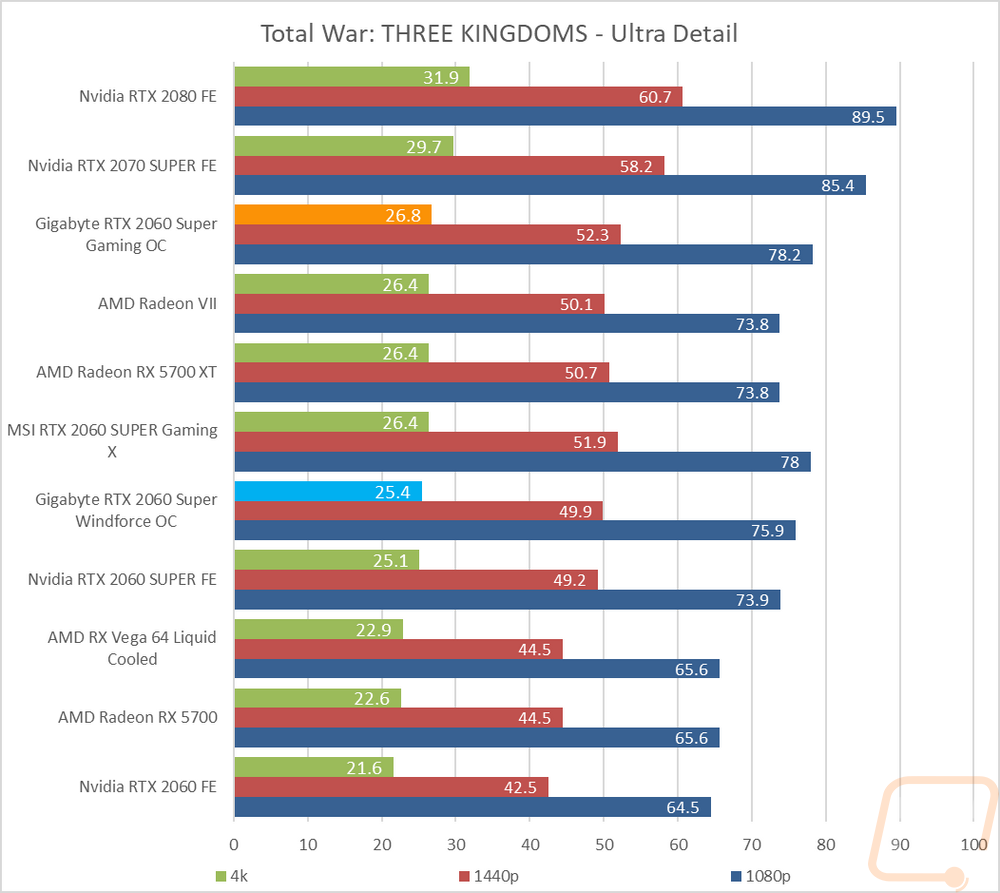 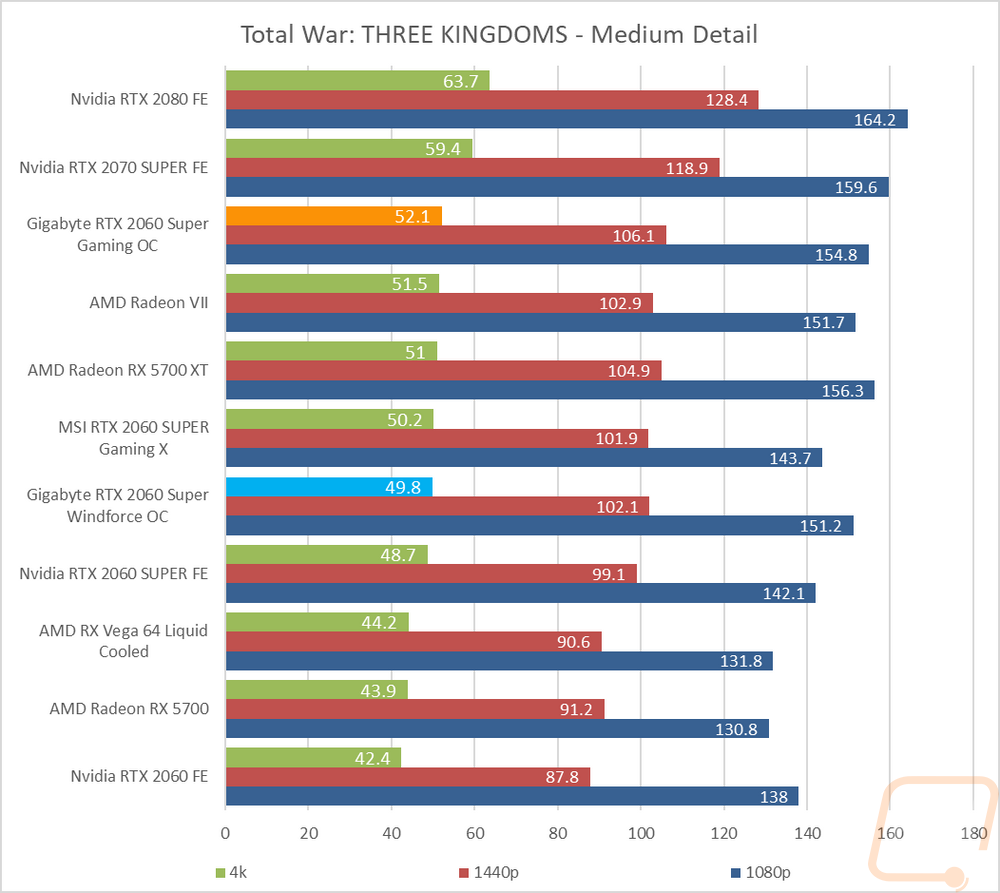 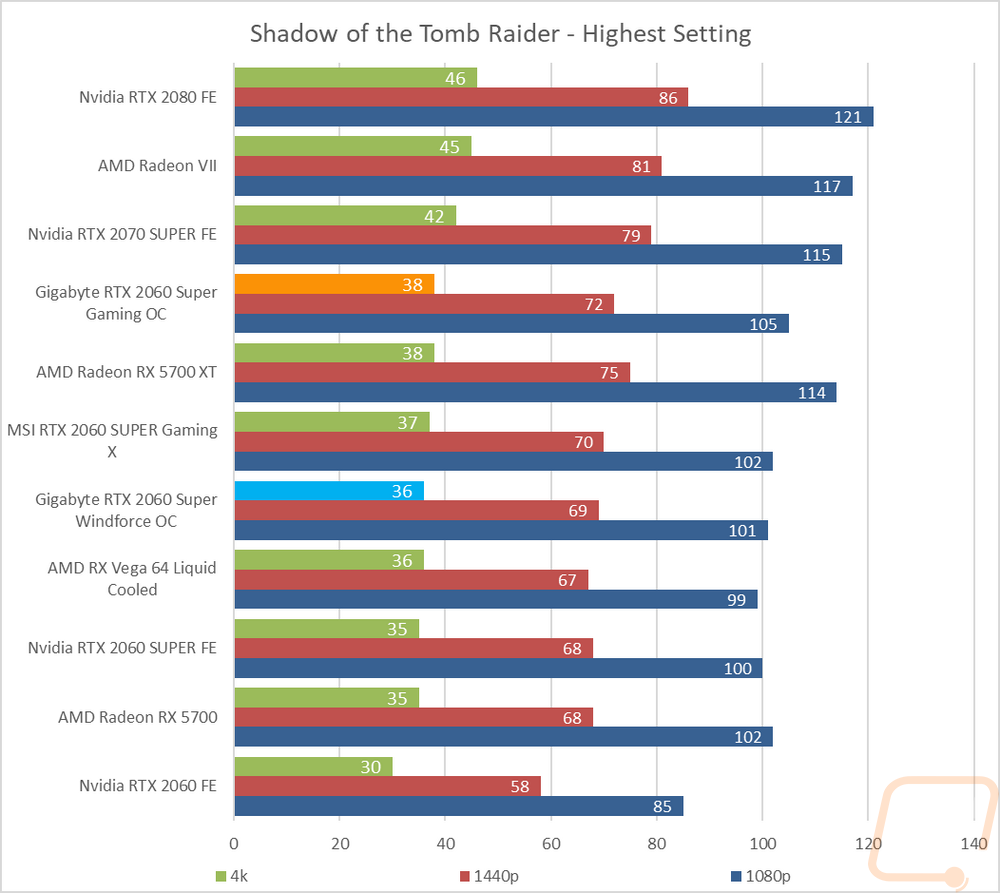 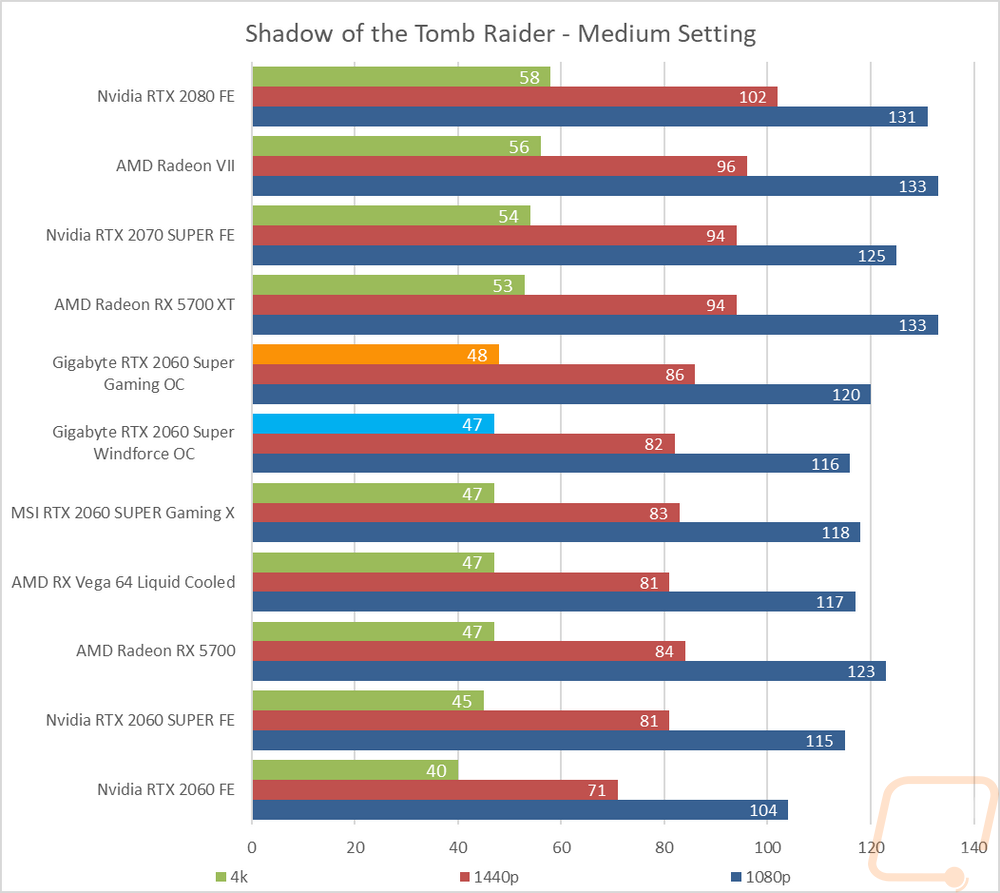 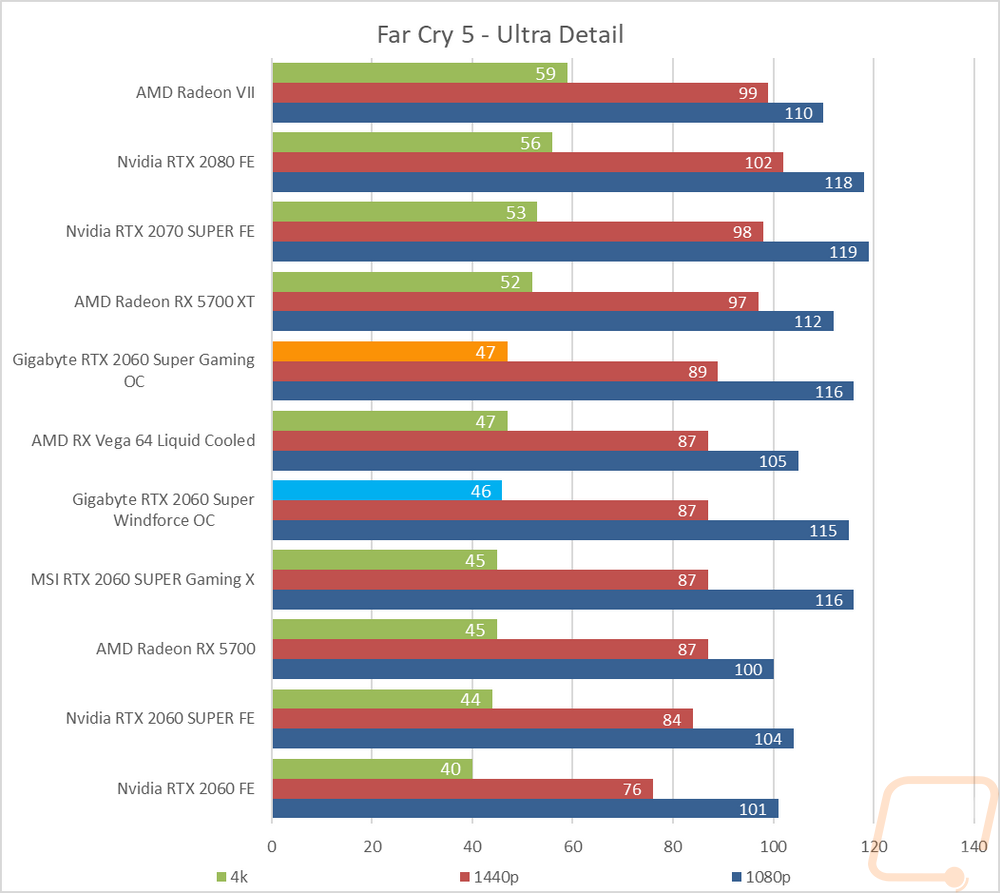 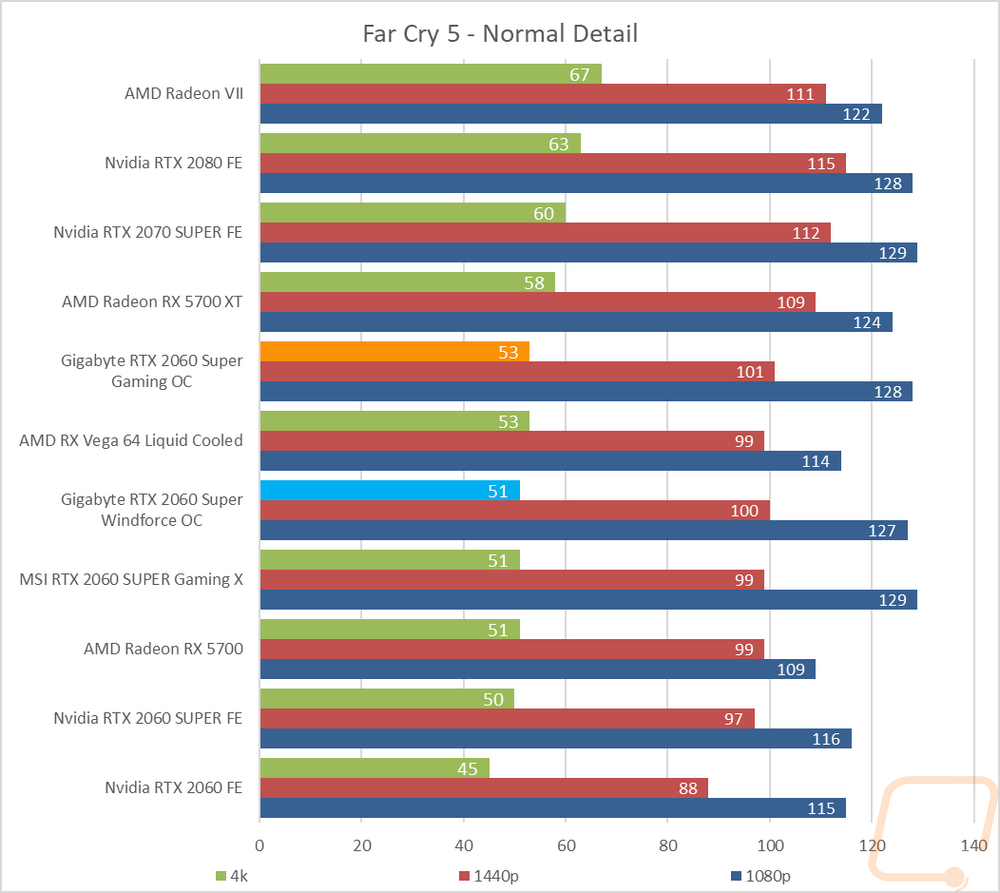 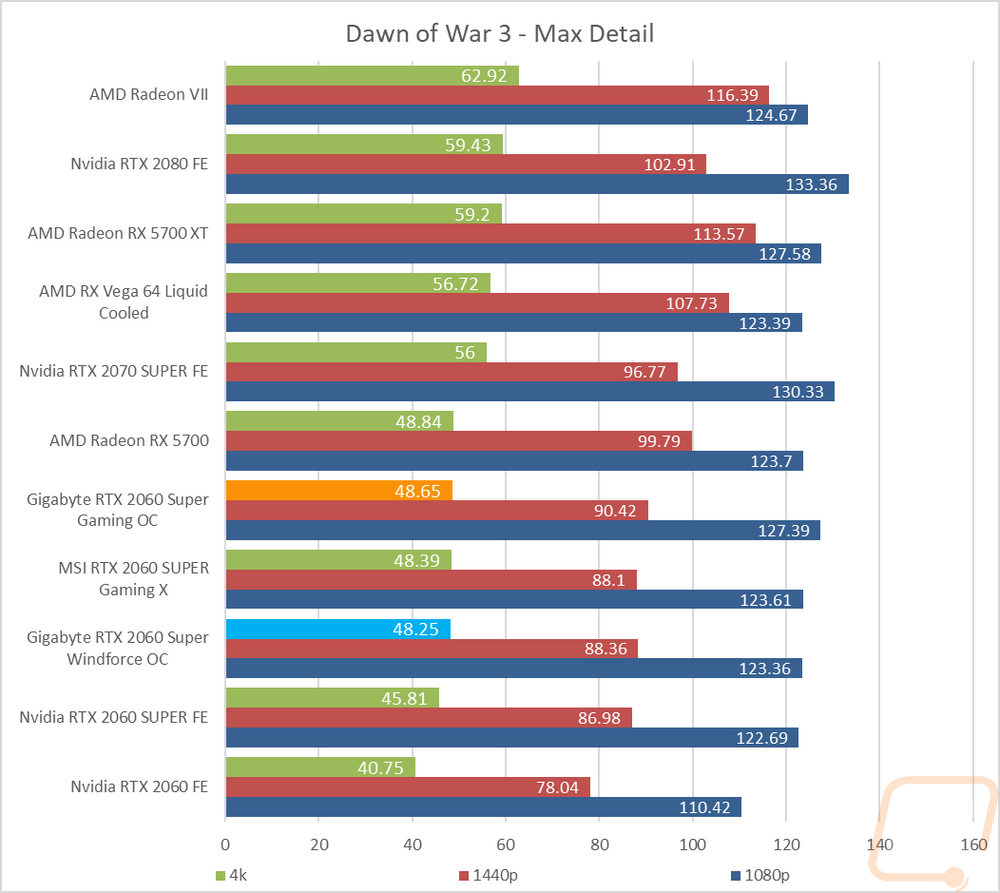 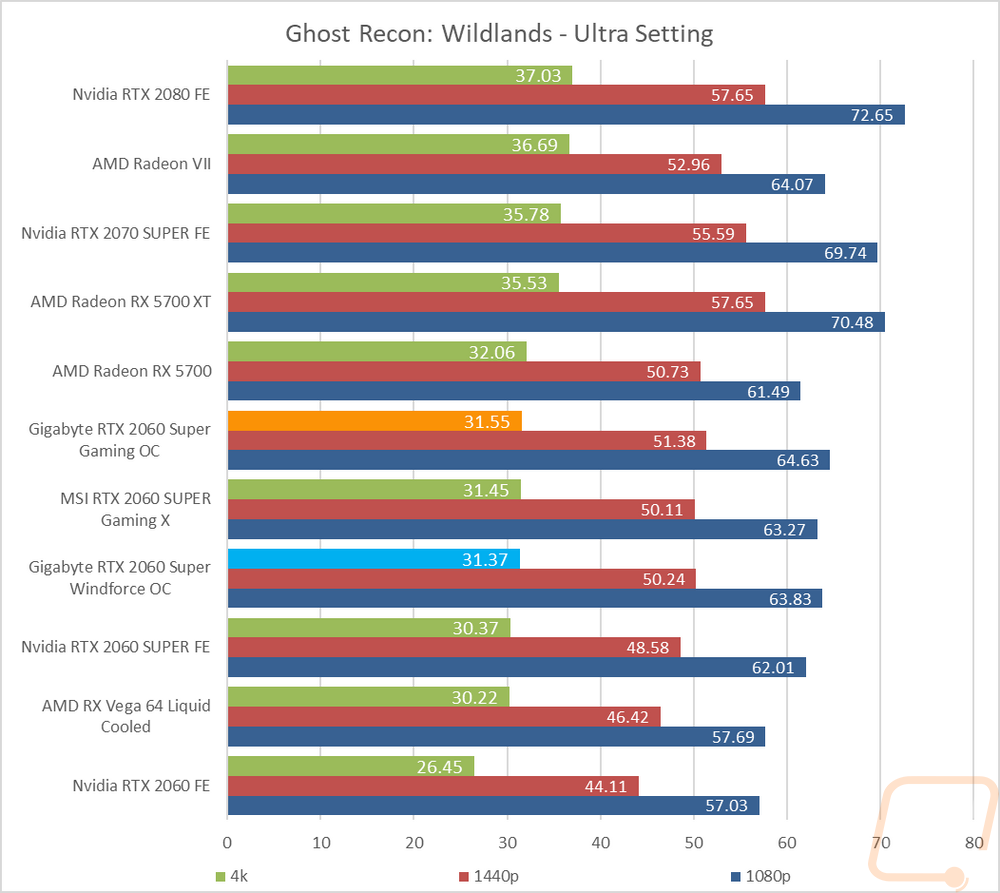 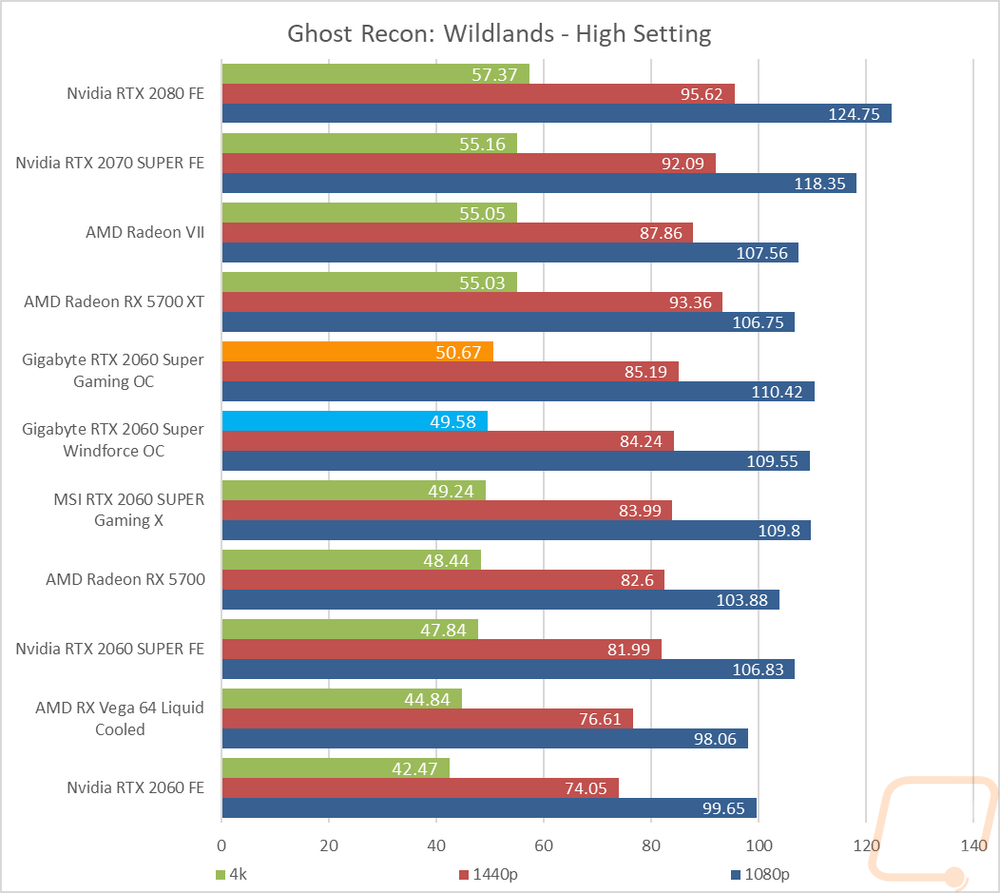