I always start testing off by running through a few different synthetic benchmarks. They are great for comparing between cards because typically AMD and Nvidia have their drivers well optimized for them and they don’t favor one company over the other. Going in I’m obviously curious how the Gaming OC and Windforce OC compare with each other, but I also want to see how they compare to the Founders Edition and the MSI Gaming X that I’ve also taken a look at RTX 2060 SUPER models on. For reference here is the clock speed breakdown between the four cards in over of clock speed. You can see that the Windforce OC is between the Founders Edition and the Gaming X and the Gaming OC is way out ahead with a much higher clock speed of 1815  MHz

So the first tests were in 3DMark using the Fire Strike benchmarks across all three detail levels. Fire Strike is the older DX11 based test. The RX 5700’s did a lot better in these and the clock speed of the Gaming OC wasn’t enough to catch up but you can see the hierarchy with the exception of the Founder Edition doing a little better than the Windforce in the first two detail levels. 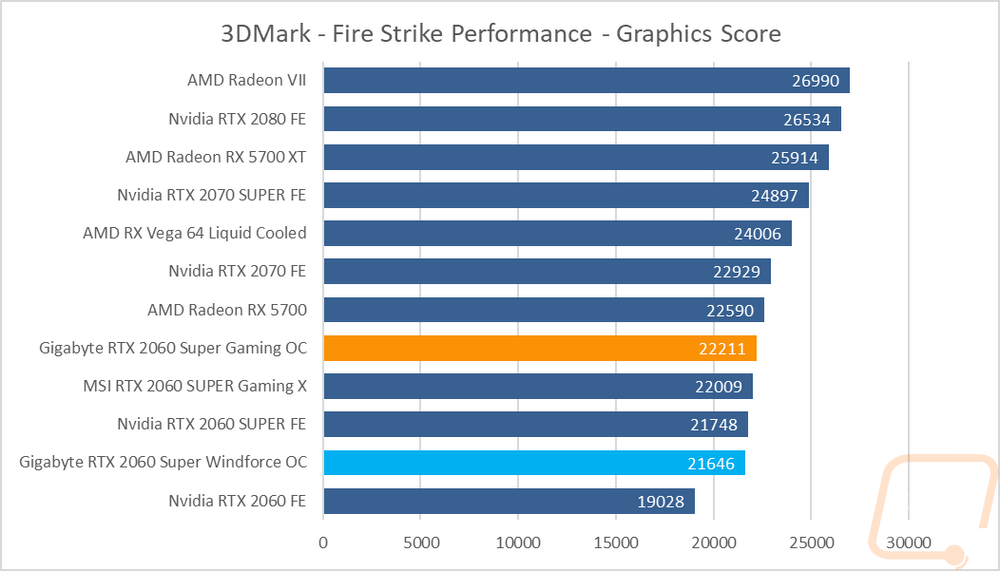 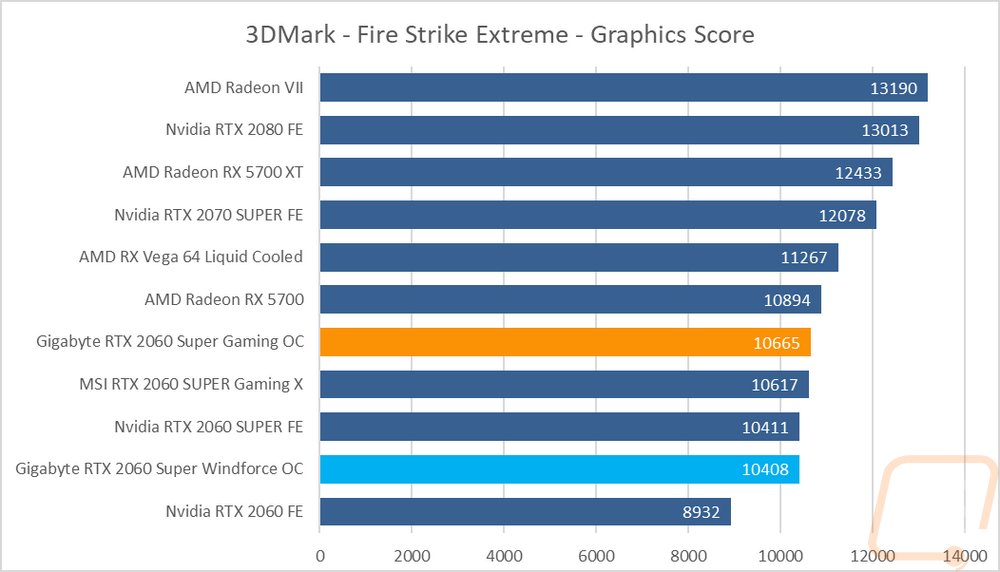 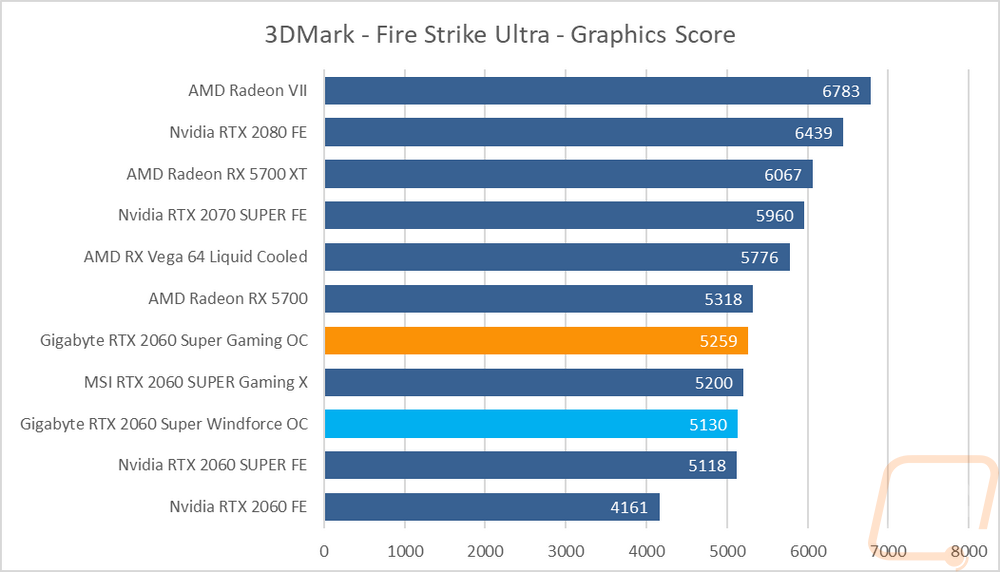 In the 3DMark Time Spy tests, I was looking at DX12 performance and the Nvidia Turing based cards have done really well in DX12. You can see how big of a difference the clock speeds made here as well in the normal Time Spy test where the Gaming OC and Gaming X are ahead of the RX 5700 XT and the Radeon VII and the Windforce OC and Founders Edition cards are both below them. 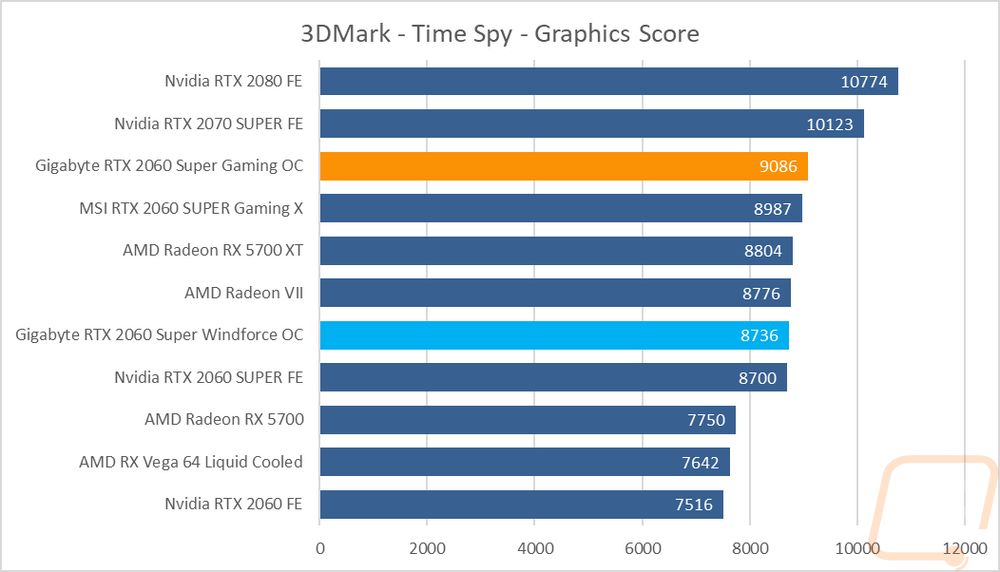 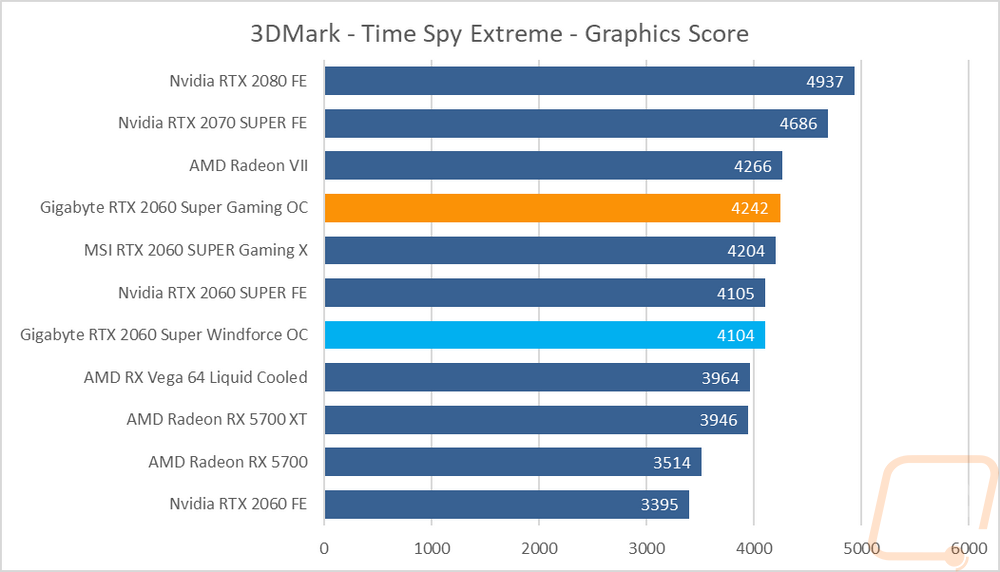 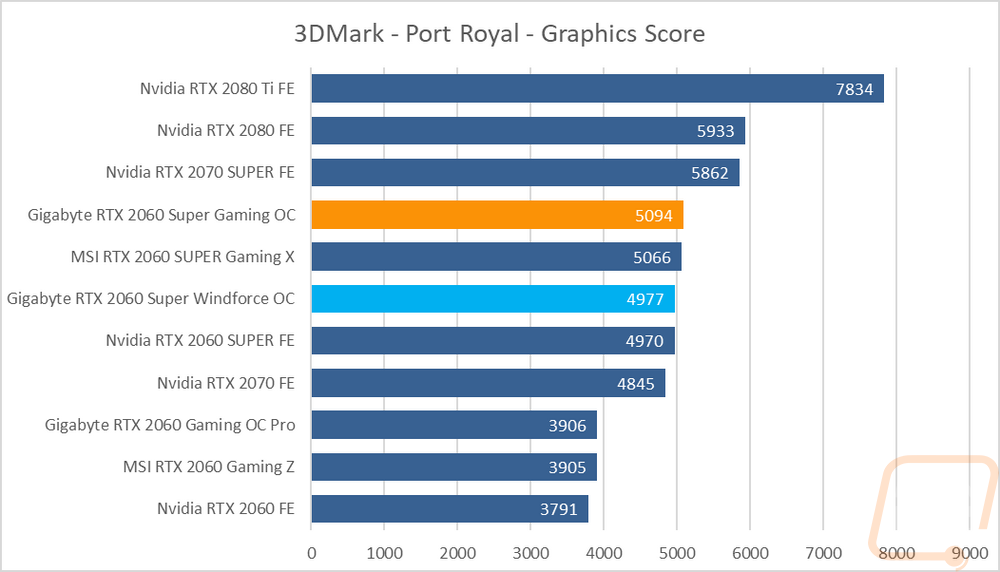 Lastly, I took a look at performance in the Unigine engine based Superposition test. No big surprised here as well with the Gaming OC leading the pack with its high clock speeds but I was surprised to see the Windforce OC out ahead so much from the Founders Edition where it was close to trading blows in a lot of the other tests. 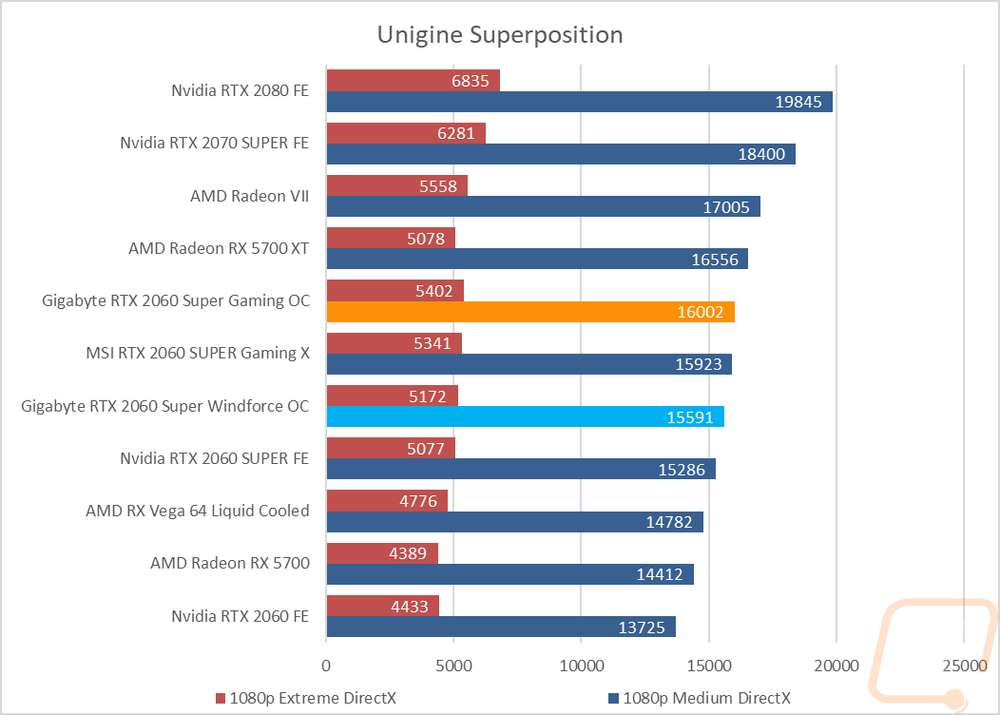