Rather than split the packaging up for the two different cards into different sections I’m going to take a look at them both here together. Both have the same mechanical eye design on the front that is similar to what Asus used to use for their Strix lineup. The Gaming OC, however, comes in a much larger box, you can spot the difference when you have them next to each other like in the first photo. They both have the Nvidia wrap around which has that green bar and goes from the front to the back and has the model name on the front and end. All Nvidia cards have this and it makes it each to spot the GPU model when a lot are together. From there on the left is where Gigabyte has its model name. I was surprised to see the Windforce use a much smaller font. Below the name, on both of them, they have small icons that show some of the key features. They both have Windforce cooling and an overclock and the Gaming OC includes RGB lighting. 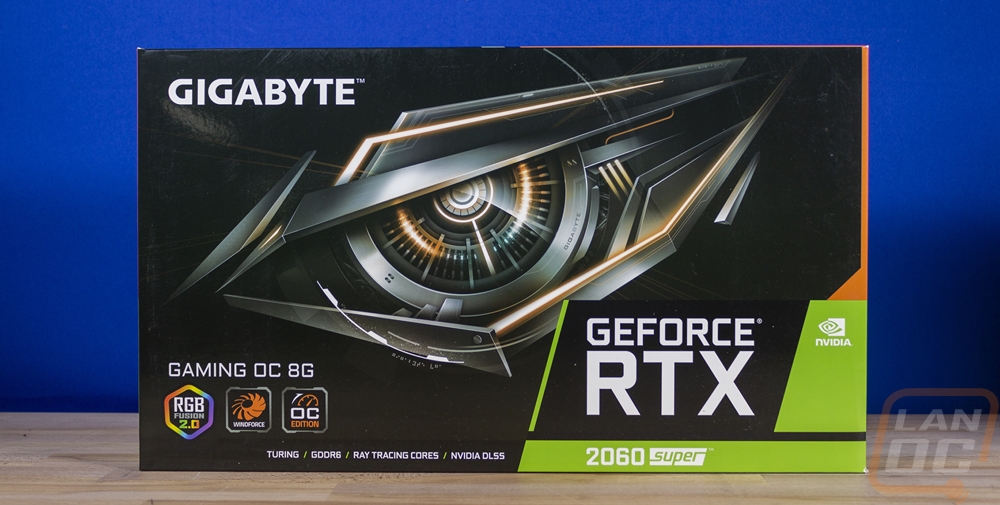 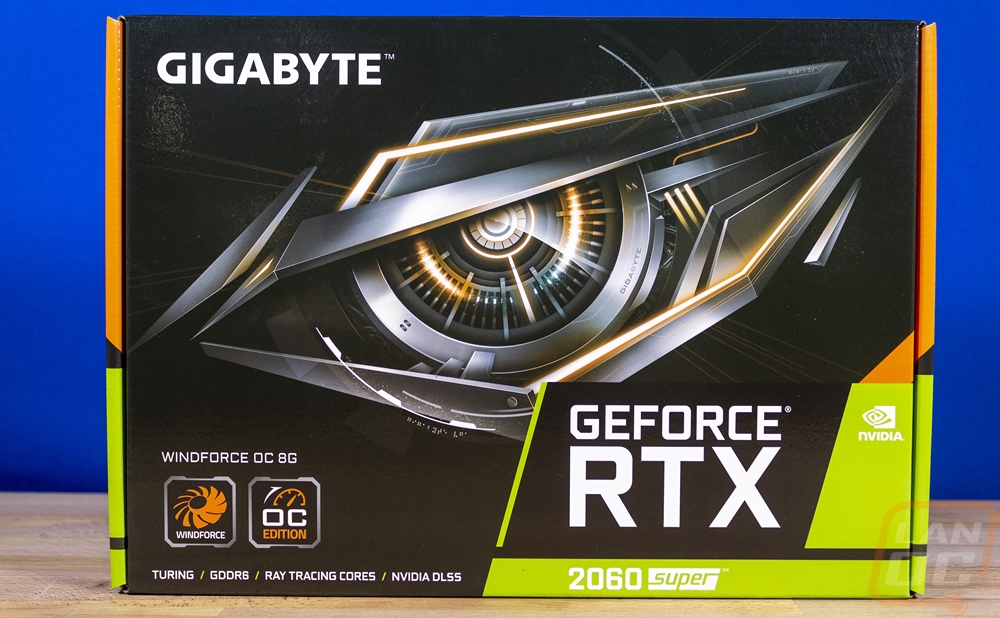 Around on the back of the Gaming OC’s box, they get into a little more detail rather than those small icons that show the features. Here Gigabyte has broken things down with four large photos of some of the key features. I’m glad they at least have a picture of the card here, because they didn’t include one on the front. The cooling system photos show how Windforce cooling spins the fans in two different directions to match the airflow better for less resistance and then they show the heatsinks contact areas including showing how the heatpipes have direct contact on the GPU. They touch on the metal backplate and the RGB lighting as well. Then there is a line drawing of the rear I/O to show all of the connection options along with a list of minimum specifications under that. 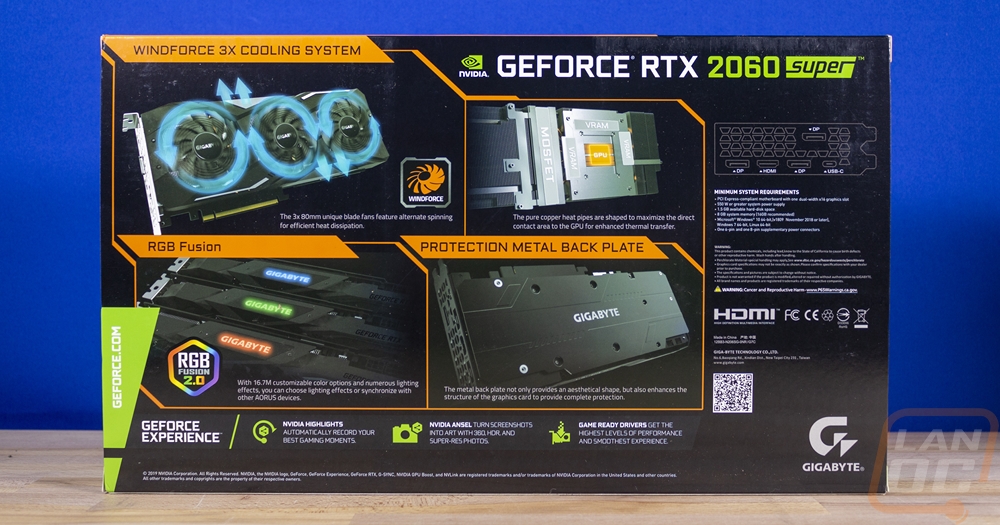 Inside the Gaming OC’s box, it comes in a foam tray that keeps it safe with a thin box that covers it. That box helps protect it but is also where they put the documentation and software/driver disc. The documentation is just a basic quick guide, not specific to this card and the disc is nice but I would still recommend downloading the latest driver and software off Gigabyte and Nvidia’s websites. 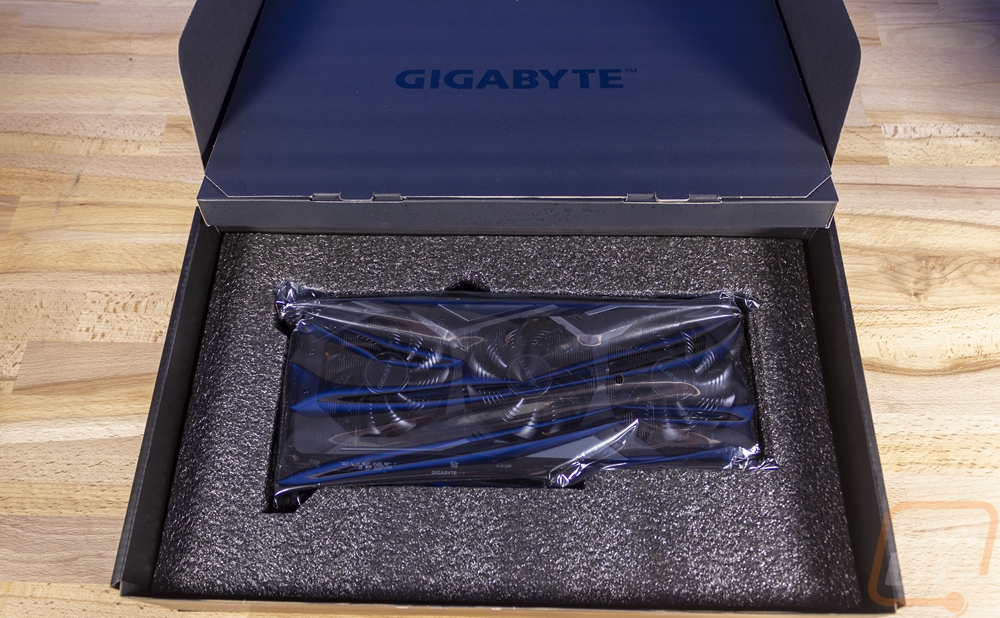 With the Windforce’s box being smaller they also included fewer photos on the back here. The WindForce photo still shows how the fans blow different directions to match the airflow but with this being a dual-fan design it is a little different from the other card. It also has a photo of the direct touch heatpipes as well as the fan blade design. The other photo is of the backplate which you will notice they don’t mention it being metal like they did on the other packaging. There is a line drawing that shows the display connections as well. 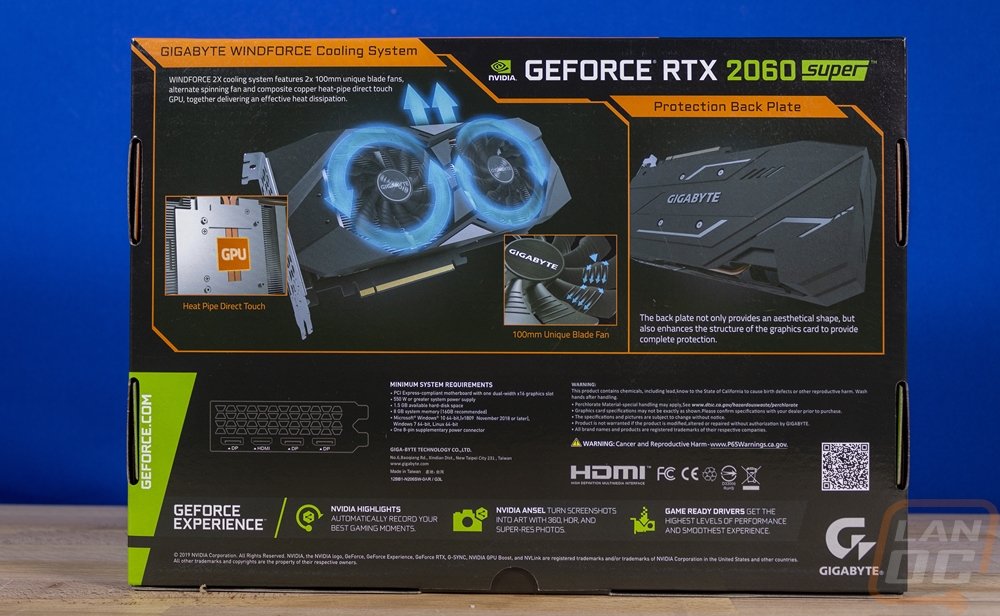 Inside nothing is different than the Gaming OC, the card comes in a static protective bag and inside of a foam tray. There wasn’t a second box up on top of this time though, the quick guide and the driver/software disk were both up under the foam tray this time. 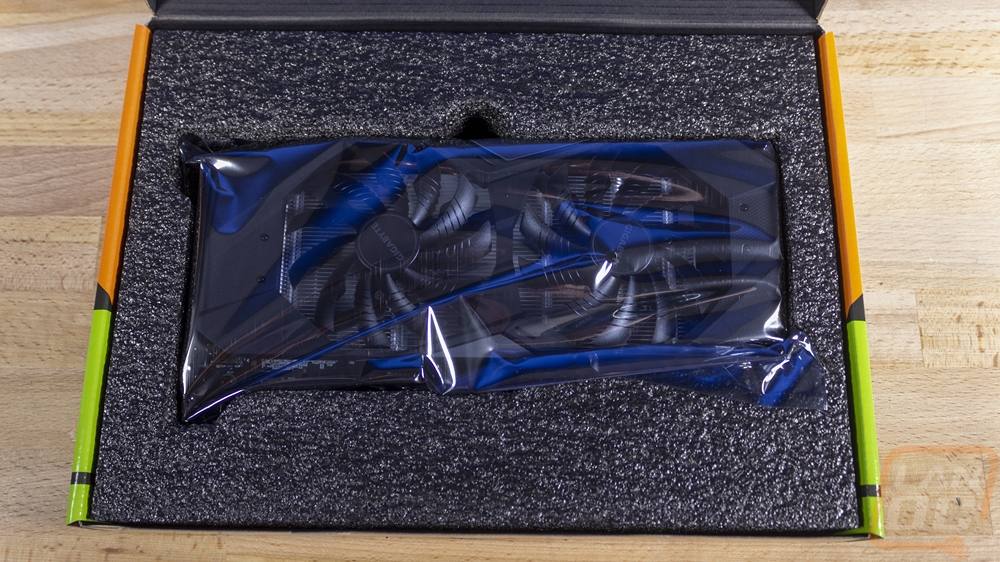 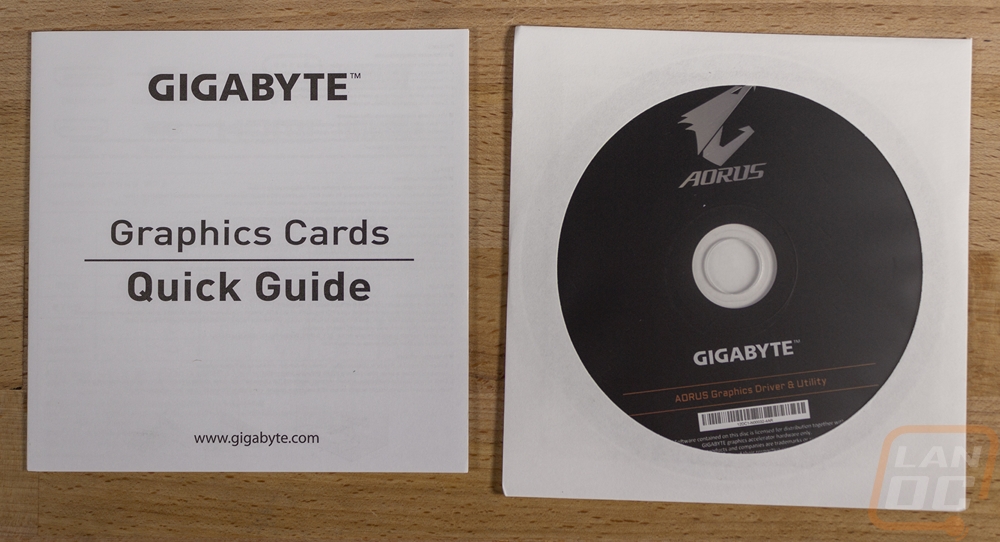 We have 1723 guests and one member online