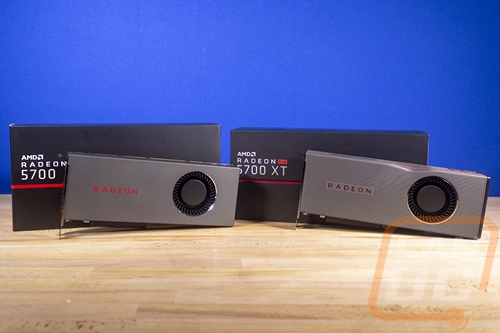 Now some people don’t need a video card for gaming, they need the processing power for rendering or 2D/3D production or in some cases people who game also do work on the side. So it is also important to check out the compute performance on all of the video cards that come in. That includes doing a few different tests. My first test was a simple GPU Compute benchmark using Passmark’s Performance Test 9 and boy did the RX 5700 XT take off in this test, beating everything tested. The RX 5700 was down a lot lower, the clock speed gap was extra obvious here, but with the RX 5700 even competing with the RTX 2070 SUPER and Radeon VII I don’t think you can complain about that.

The next test was Basemark where I took a look at both DirectX 12 and OpenGL results. Here the 5700’s didn’t do as well at all. Nvidia dominated the top of this chart, especially in OpenGL where none of the AMD cards kept up. 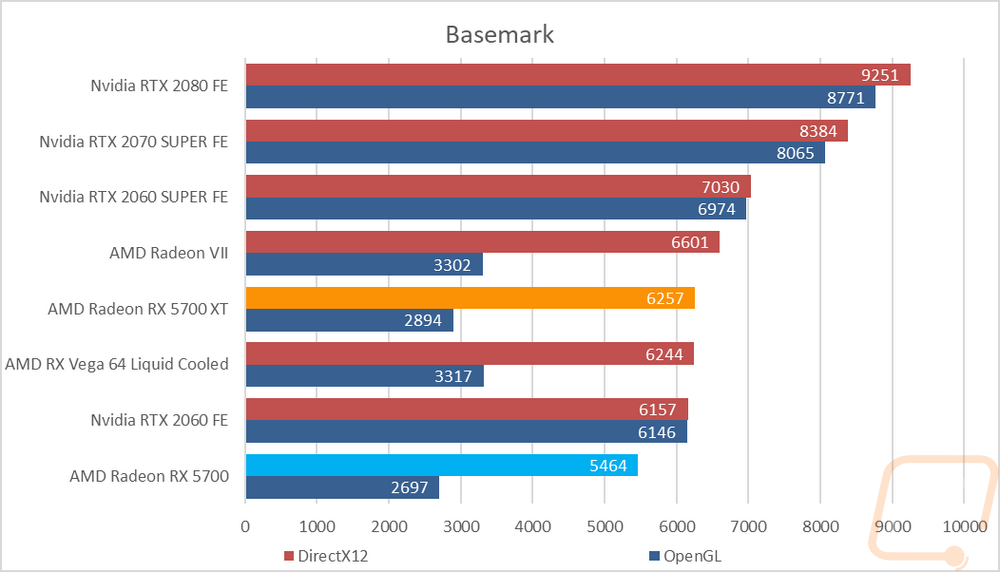 In Geekbench 4 the AMD cards were back up at the top again, with the RX 5700 XT showing off way ahead of the others. What is especially impressive here is the huge improvement from the Vega-based cards up to NAVI.

Now there is one test completely missing here is Blender. Sadly I had issues with the blended benchmark utility locking up but only with the two RX 5700’s. AMD has reproduced it and hopefully, we will see it patched in a driver release so I can get both cards tested.

We have 807 guests and one member online