To start off my testing I always like to work with a few synthetic benchmarks. They don’t translate directly to in game performance numbers but they are consistent and both AMD and Nvidia optimize for them meaning they give you a good look at what you should expect performance wise. Especially when comparing from card to card which in this case is exactly what we want to see. I’m really curious how the RTX 2070 SUPER compares with the old RTX 2070 model as well as the RTX 2080. Nvidia didn’t give the 2070 SUPER as big of a CUDA core bump as the 2060 SUPER received, but it will be interesting to see how the bump they did give along with the big jump in clock speed as well.

To start off my tests I went with the older 3DMark Fire Strike benchmark in all three detail/resolution variations. These are DX11 based tests which give us a look at older game performance. All three has basically the same order putting the RTX 2070 SUPER FE ahead of the Vega 64 Liquid Cooled. He 2070 SUPER lands right in the middle of the original 2070 and the RTX 2080. 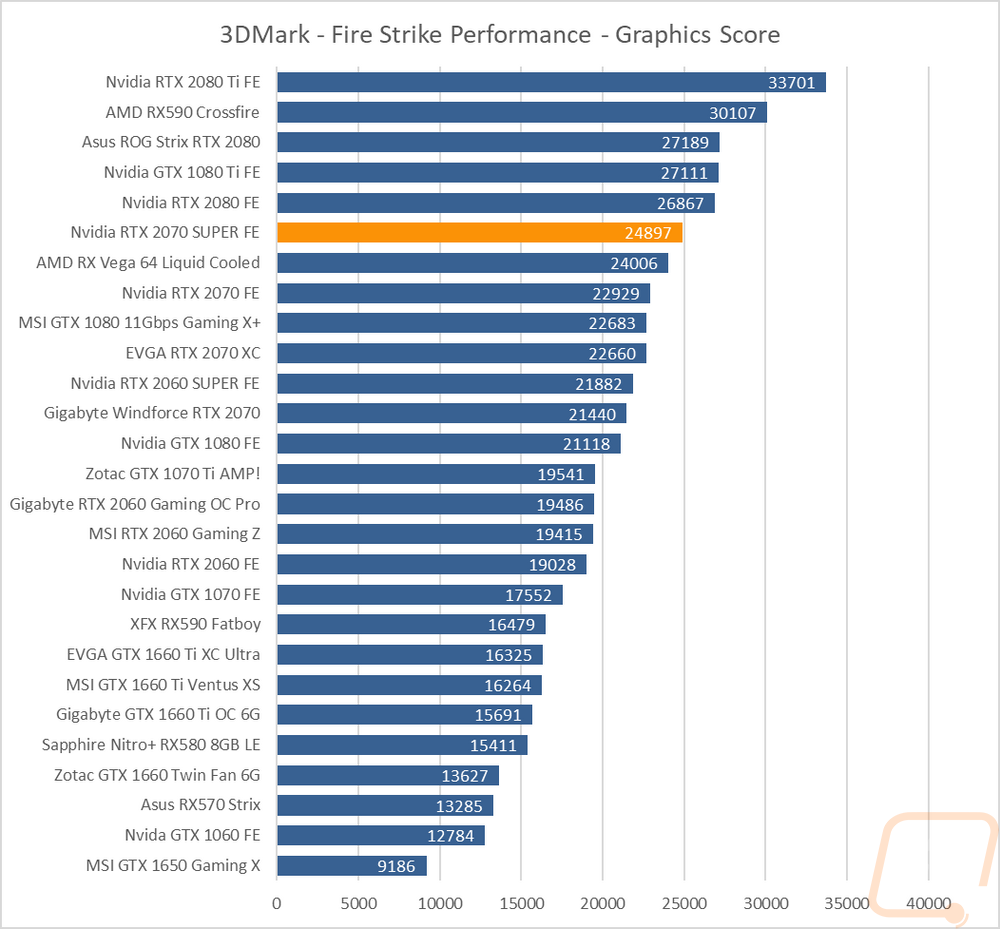 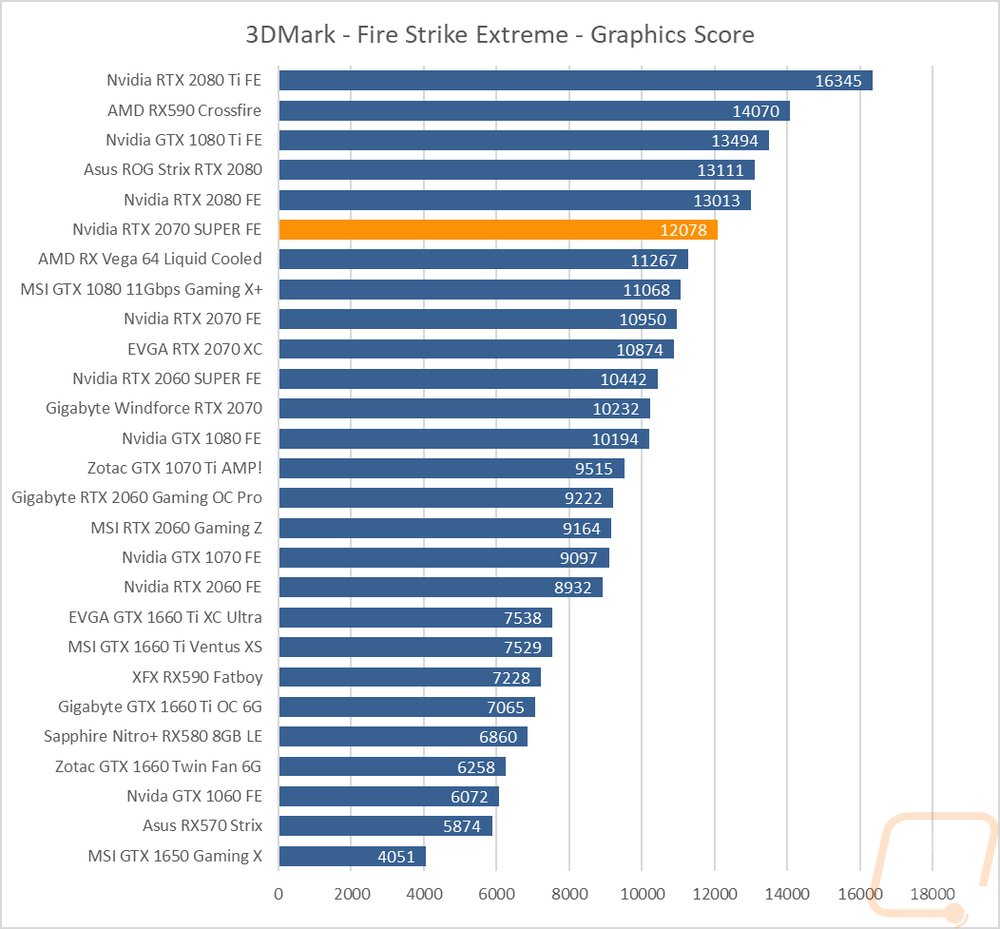 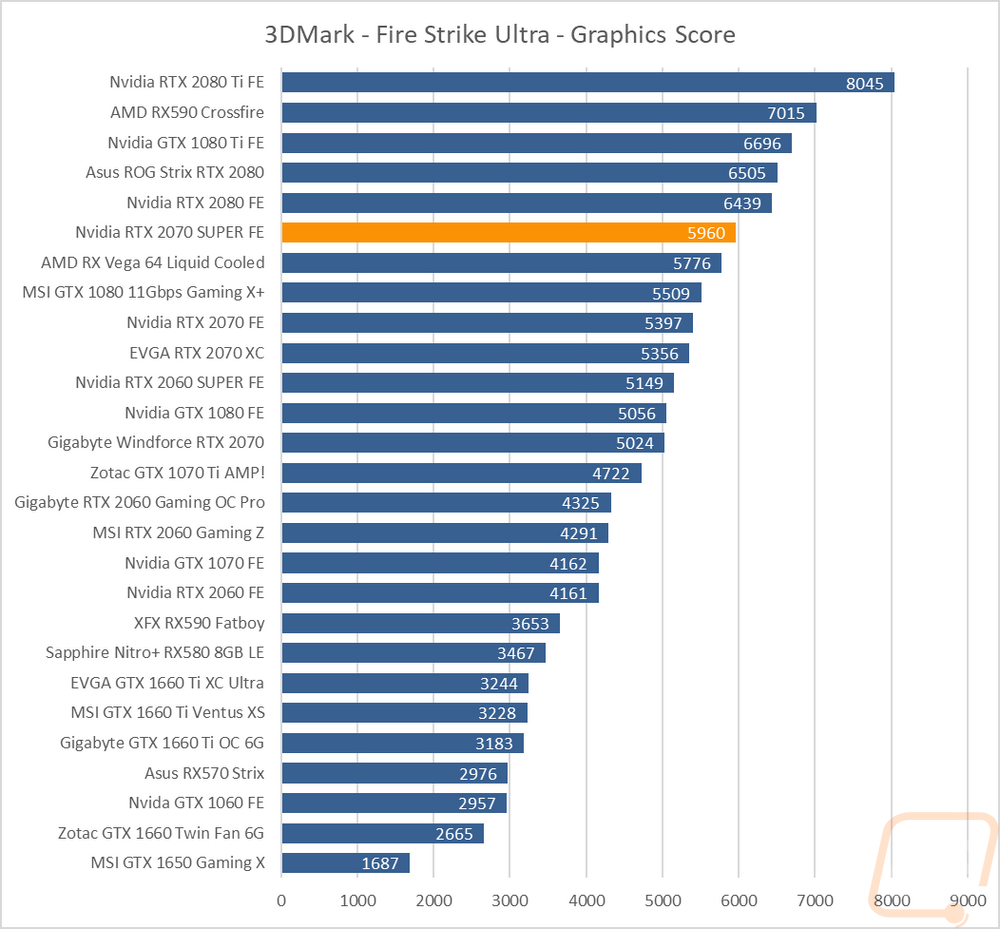 Now the Turing based video cards really like the DX12 based tests and games and this showed on the two 3DMark Time Spy tests. Here the 2070 SUPER is up closer to the RTX 2080. This was also enough to jump out ahead of the GTX 1080 Ti and the RX 590s in Crossfire by a good margin as well. 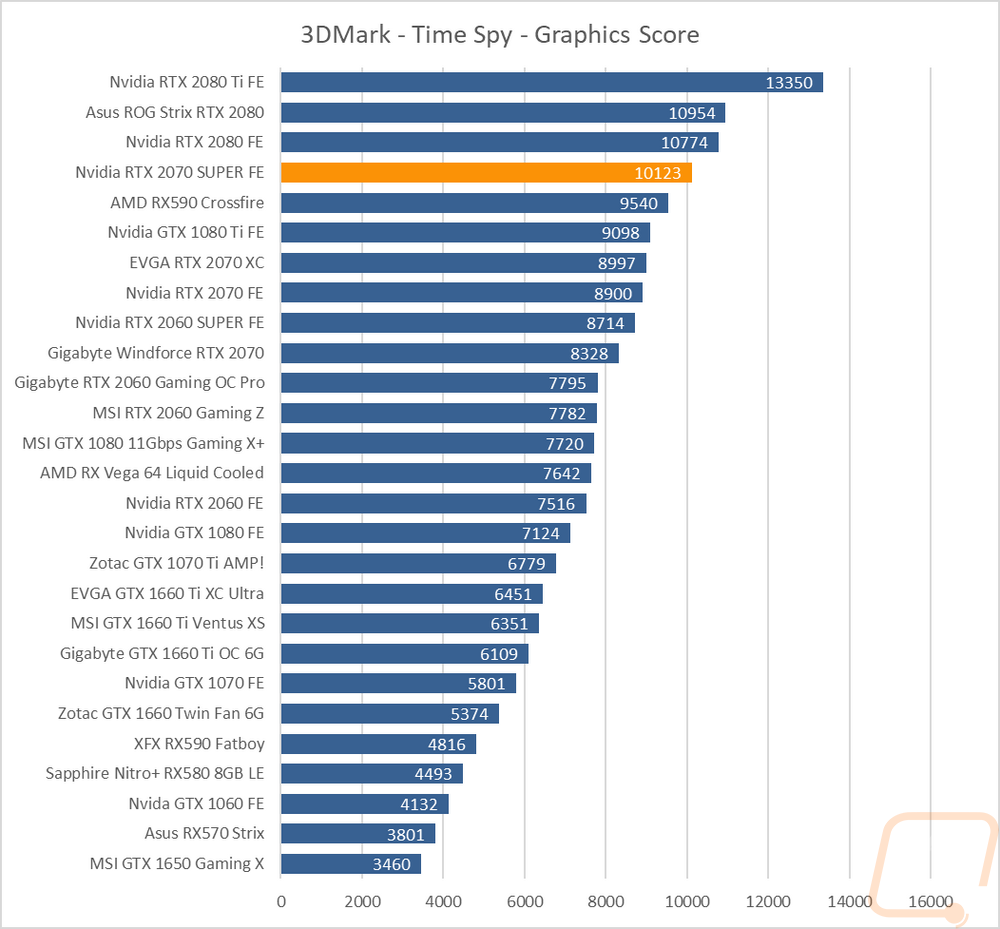 With ray tracing starting to pick up I have been keeping an eye on the performance with 3DMark’s Port Royal benchmark. In this test, the 2070 SUPER is right up with the RTX 2080 and well ahead of the 2060 SUPER and the RTX 2070. Real-time ray tracing is extremely demanding so getting the best possible performance here is going to help a lot with performance in future games.

Beyond the 3DMark tests, I also tested with the Unigine Engine based Superposition benchmark. I tested at 1080p at medium and extreme detail settings and then at 4k and 8k for the ultra high resolutions. The RTX 2070 SUPER jumped WAY out ahead of the RTX 2070 and the GTX 1080 with 11Gbps memory in all of these tests, especially the extreme detail test.

We have 1564 guests and one member online