To start off my testing I always like to work with a few synthetic benchmarks. They don’t translate directly to in game performance numbers but they are consistent and both AMD and Nvidia optimize for them meaning they give you a good look at what you should expect performance wise. Especially when comparing from card to card which in this case is exactly what we want to see. I’m really curious how the RTX 2060 SUPER compares with the old RTX 2060 model as well as the RTX 2070 which at least specification wise it is getting close too. I’m also curious where the 2060 SUPER stands compared to the GTX 1080.

3Dmark is one of the most popular synthetic benchmarks and over the last few years, they have been expanding their testing to touch on different areas. 3DMakr has the Fire Strike benchmark which is a little older and tests DX11 performance. I ran all three versions, and the performance gap between the RTX 2060 and the RTX 2060 SUPER is large here. The 2060 SUPER also pulled ahead of the base clocked RTX 2070 as well but not the overclocked and Founders Editions. That was also enough to pull ahead of the GTX 1080 FE as well. 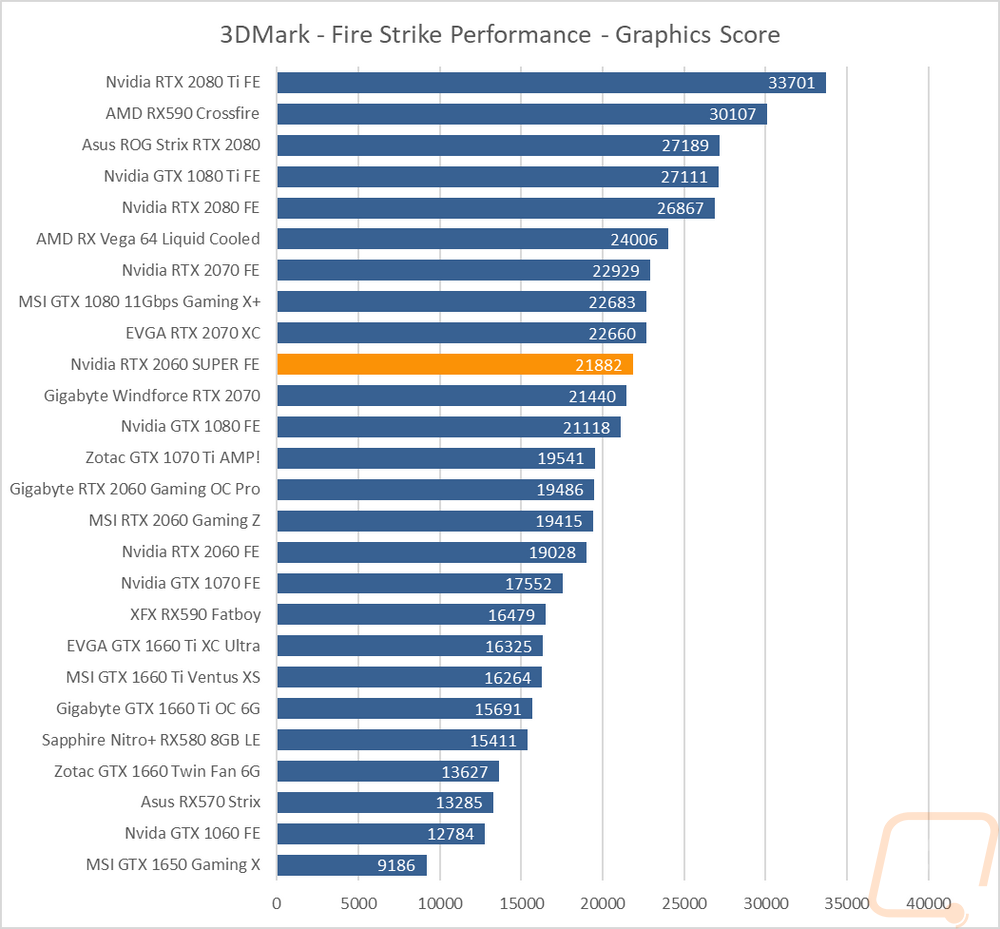 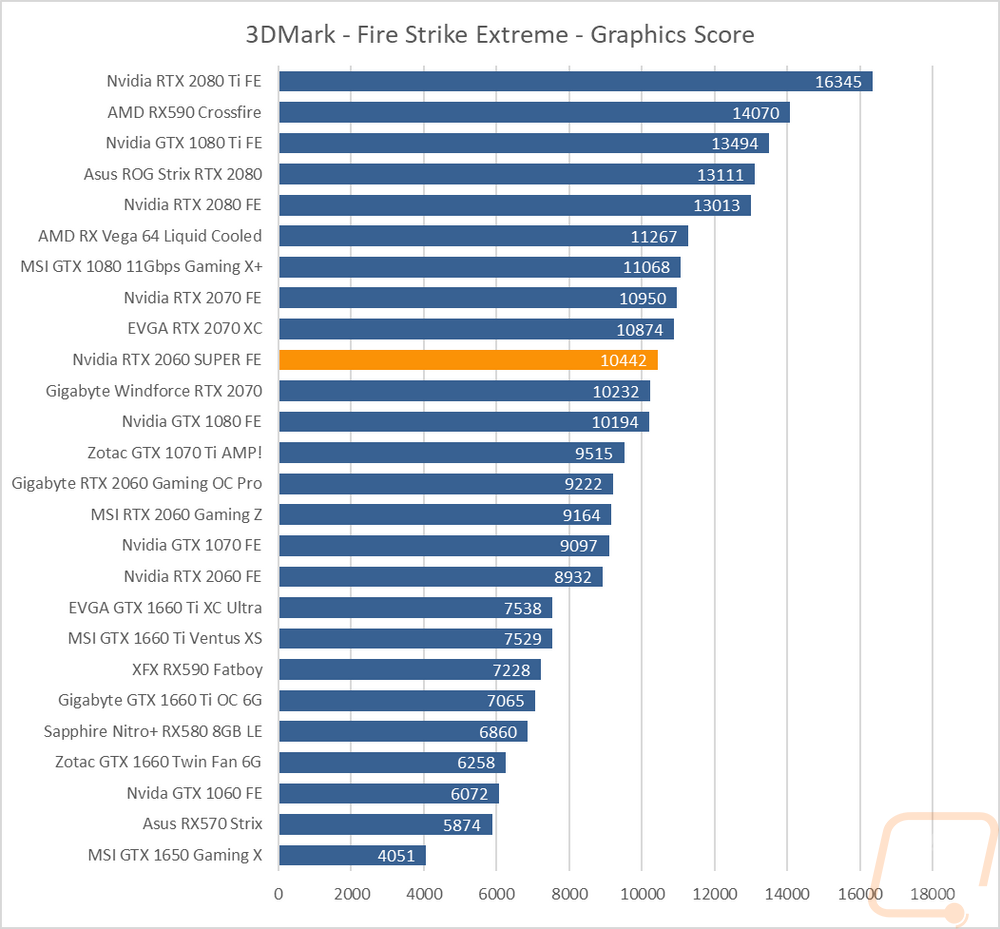 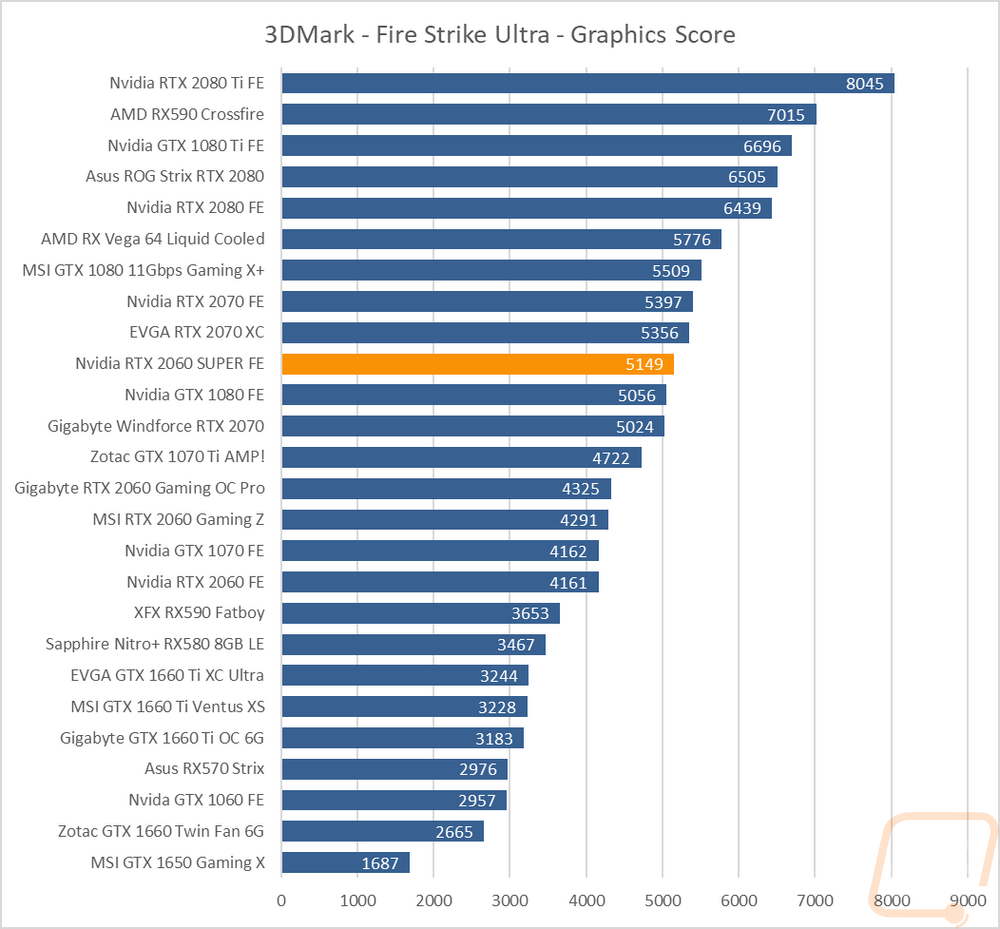 Now the 3DMark Tim Spy tests are DX12 focused and the Turing based cards have performed better at DX12 as a whole so I was curious how the 2060 SUPER would do here. Here it outperformed the overclocked RTX 2060’s and the referenced clocked RTX 2070 as well as the water cooled Vega 64. The RTX 2070 and higher, as well as the 1080 Ti, are still ahead in performance. 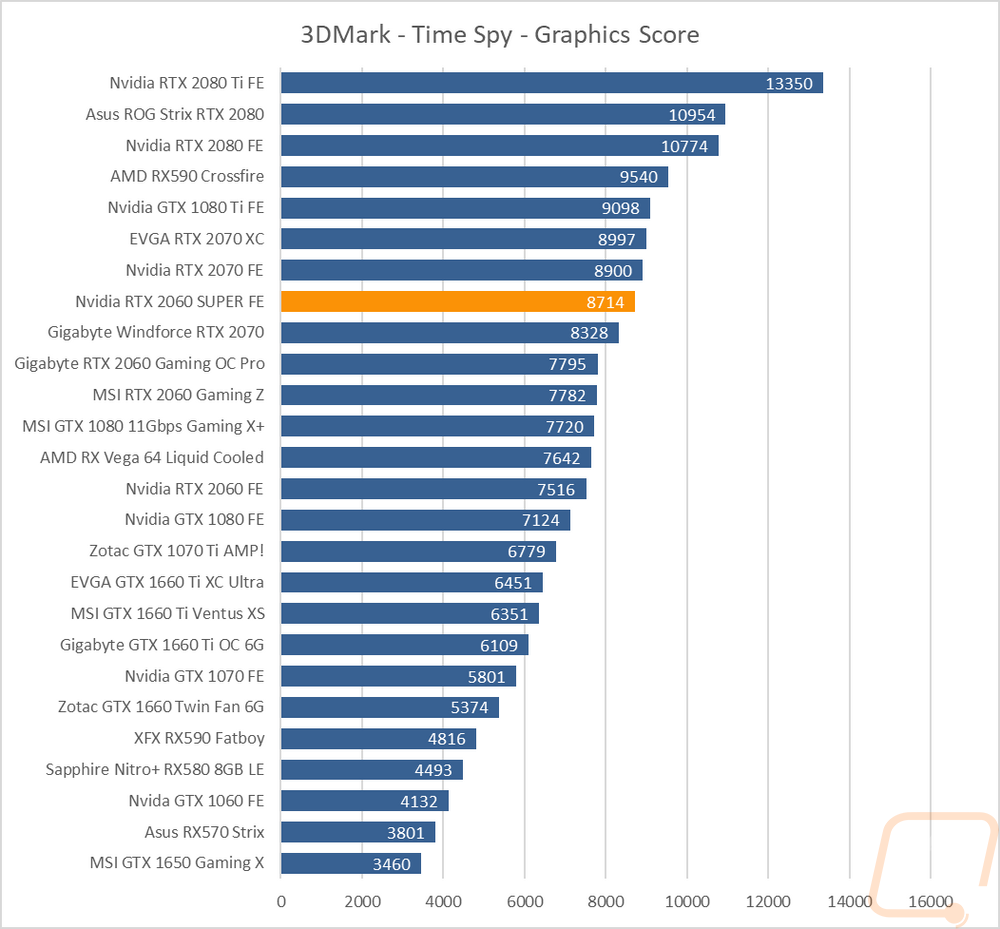 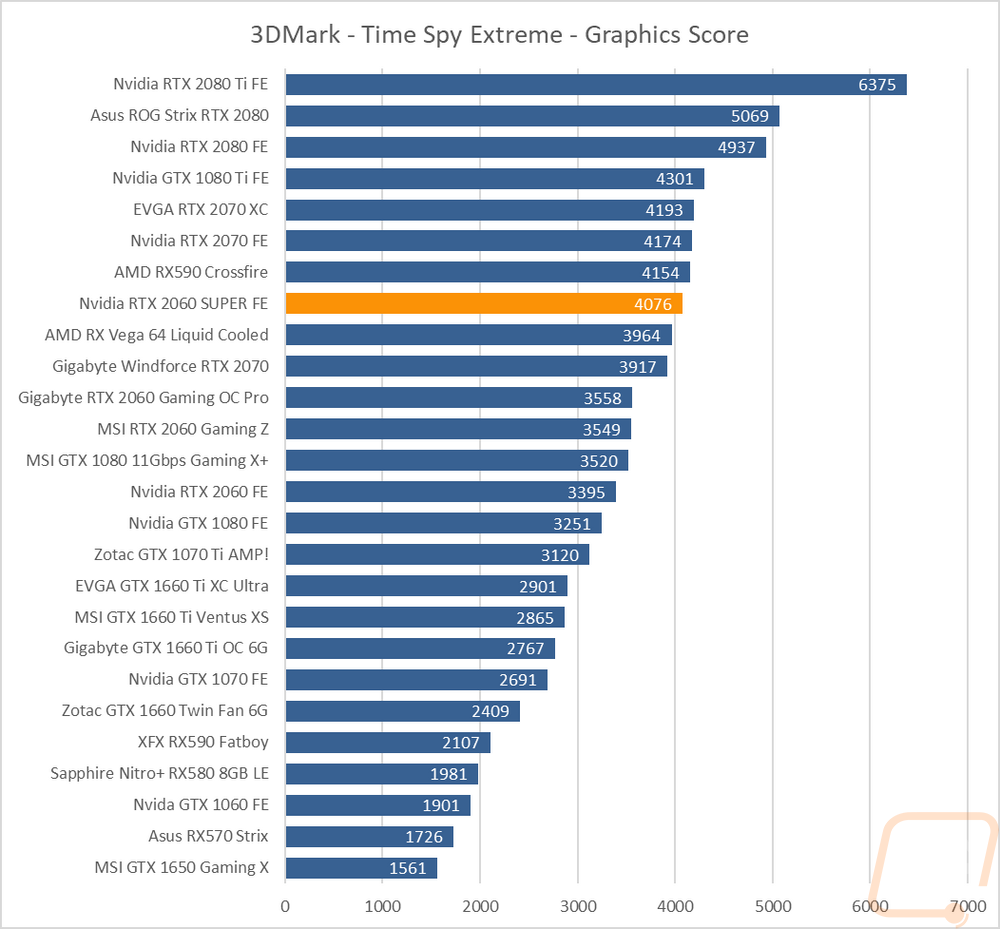 The 3DMark Port Royal benchmark is new and specific to ray tracing performance. I only have results from the RTX cards here but I was surprised to see the 2060 SUPER edge out the RTX 2070 FE. It should be close but ray tracing driver improvements between the 2070 FE launch and now also account for some of that improvement.

Lastly, I also used the Unigine Engine based Superposition benchmark to run a few tests. I tested at 1080p twice, once at normal detail and again at the extreme detail setting. Then I tested with ultra-high resolutions in the 4k and 8k tests. There weren’t any big surprises here, the RTX 2060 SUPER came in between the RTX 2070 FE and the reference clocked RTX 2070 which put it ahead of the GTX 1080 and the Vega 64 and way ahead of the original RTX 2060.

We have 1999 guests and one member online