While most people pick their video card for gaming performance, there are some people who need them to help improve performance while doing some compute tasks. Others may game but do some of these on the side, especially when it comes to editing videos. So I do run a few different compute tests to take a look at the performance with the first being the GPU Compute test in Passmark’s Performance Test 9. You can see that the Gaming OC Pro is actually running with the otherwise much faster RTX 2070 with stock clock speeds and below the overclocked GTX 1070 Ti. 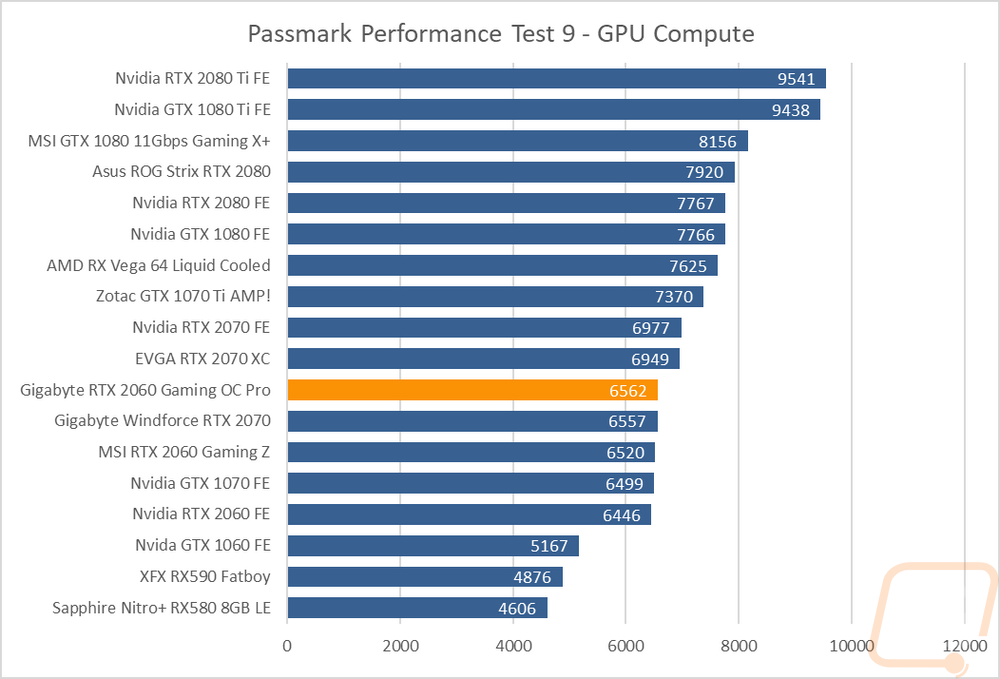 Cinegy is a pro level video production software that can render videos across a huge list of formats and resolutions. Their benchmark tests these and puts together a score. Sadly the way the benchmark works is if a format isn’t supported it is skipped and it lowers the score which all of the RTX cards have been having issues with as you can see. That said the Gaming OC Pro did still outperform the Gaming Z. 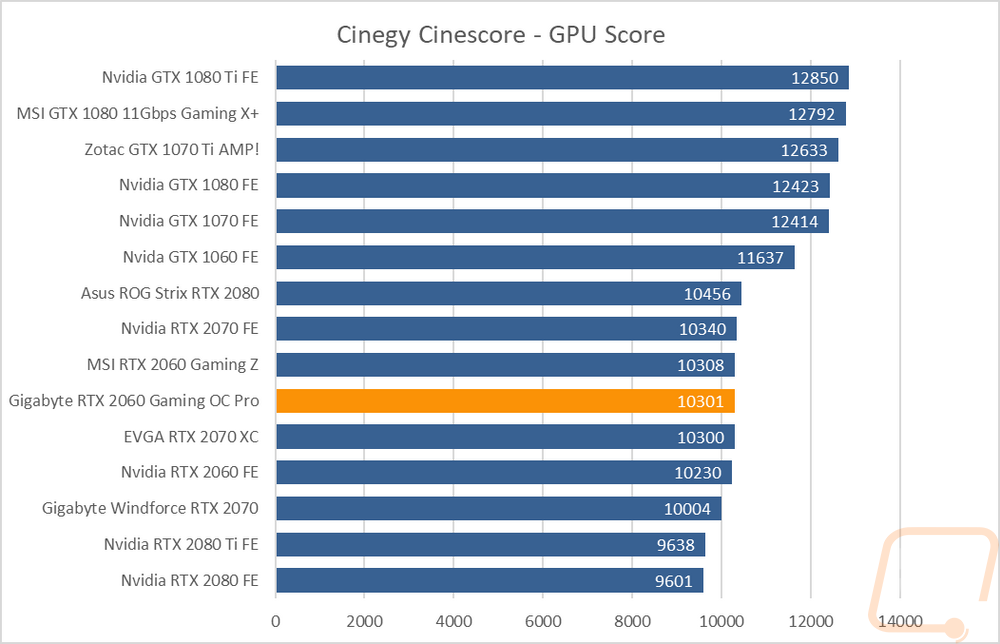 Blender is one of the most popular 3d creation programs, partially because it is open source and free. RTX support has finally been added to the latest builds but the default benchmark (that we run) doesn’t support them so I updated the benchmark with the January 19th build which supports RTX cards and ran the quick benchmark. This is a timed render benchmark across two different renders. The RTX 2060 Gaming OC Pro was the fastest of all of the RTX 2060’s with its 399.08 second result. 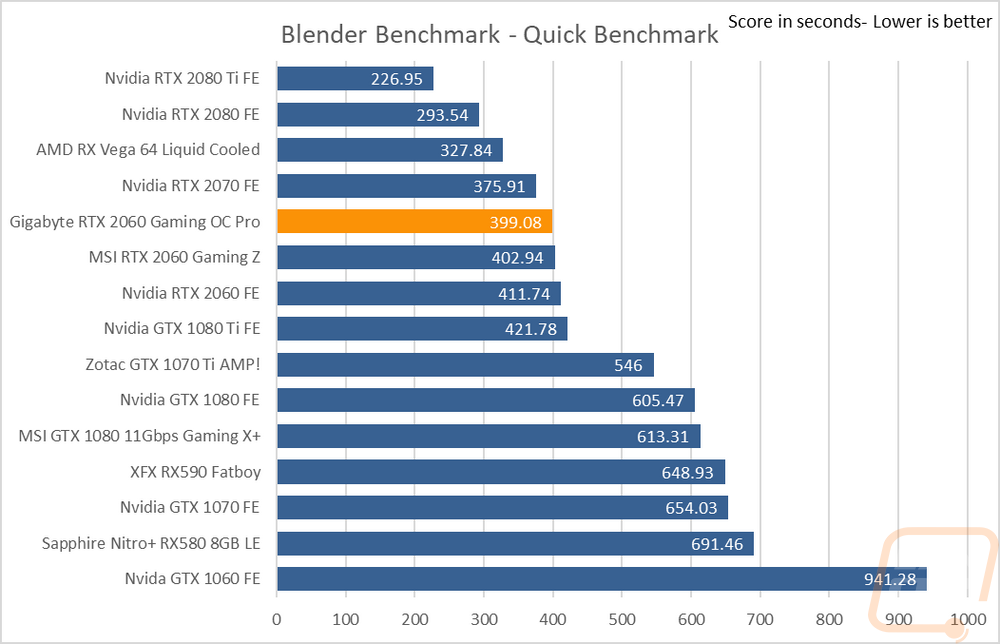 In the Basemark GPU benchmark, I tested compute performance across DX12, OpenGL, and Vulkan. The Vulkan results are all about the same but the OpenGL and DirectX12 results are great. The Gaming OC Pro outperformed the other two RTX 2060 cards here in both. 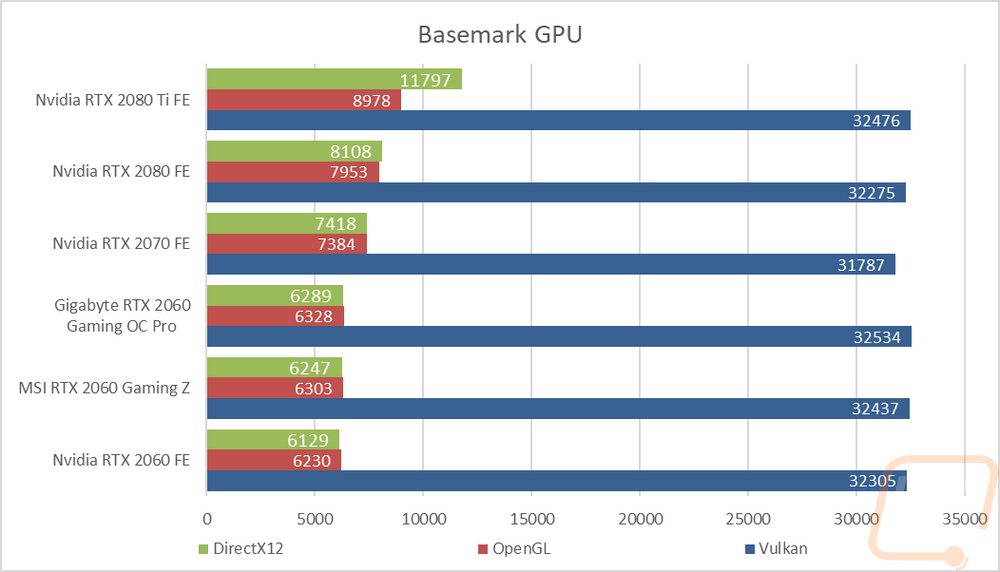 My last Compute test was Geekbench 4 where I tested GPU compute performance in OpenGL, this happens to also be the only test available free so anyone can test their current card against this. Here the Gaming OC Pro did really well against both RTX 2060’s.

We have 1451 guests and one member online