So how did the Gigabyte RTX 2060 Gaming OC Pro 6G perform? Well at 1080p every game was playable with just two even falling into the 30-60 FPS range, the rest were well above 60 and 3 were up past 120 FPS. 1440p was similar, but with four in the 30-60 range this time, the majority were above 60 with a few above 120 FPS as well. Then at 4k things dropped off significantly. Here the lower VRAM amount really played a role with just three games over 60 FPS with 12 in the playable but needing improvement range and 2 not playable at all. I was curious how the Gaming OC Pro compared to the other RTX 2060’s and at 1080p and 1440p the results were the same, but at 4k there was one less under 30 FPS result.

As for Final Fantasy XV which wasn’t included in our previous results because the benchmark doesn’t give you direct FPS numbers. The Gaming OC Pro did well here, pulling ahead a little at 1080p and 1440p over the Gaming Z even with the same clock speed. You can see that this came in above the GTX 1080 FE but under the GTX 1080 11Gbps overclocked card. I also did a comparison between DLSS and TAA performance with otherwise the same settings. There has been a lot of talk now that a few DLSS games have come out questioning DLSS’s image quality. This isn’t looking at that, just at the potential performance improvement and as you can see the Gaming OC Pro went from 3221 to 4281 for the score here without changing any other settings. 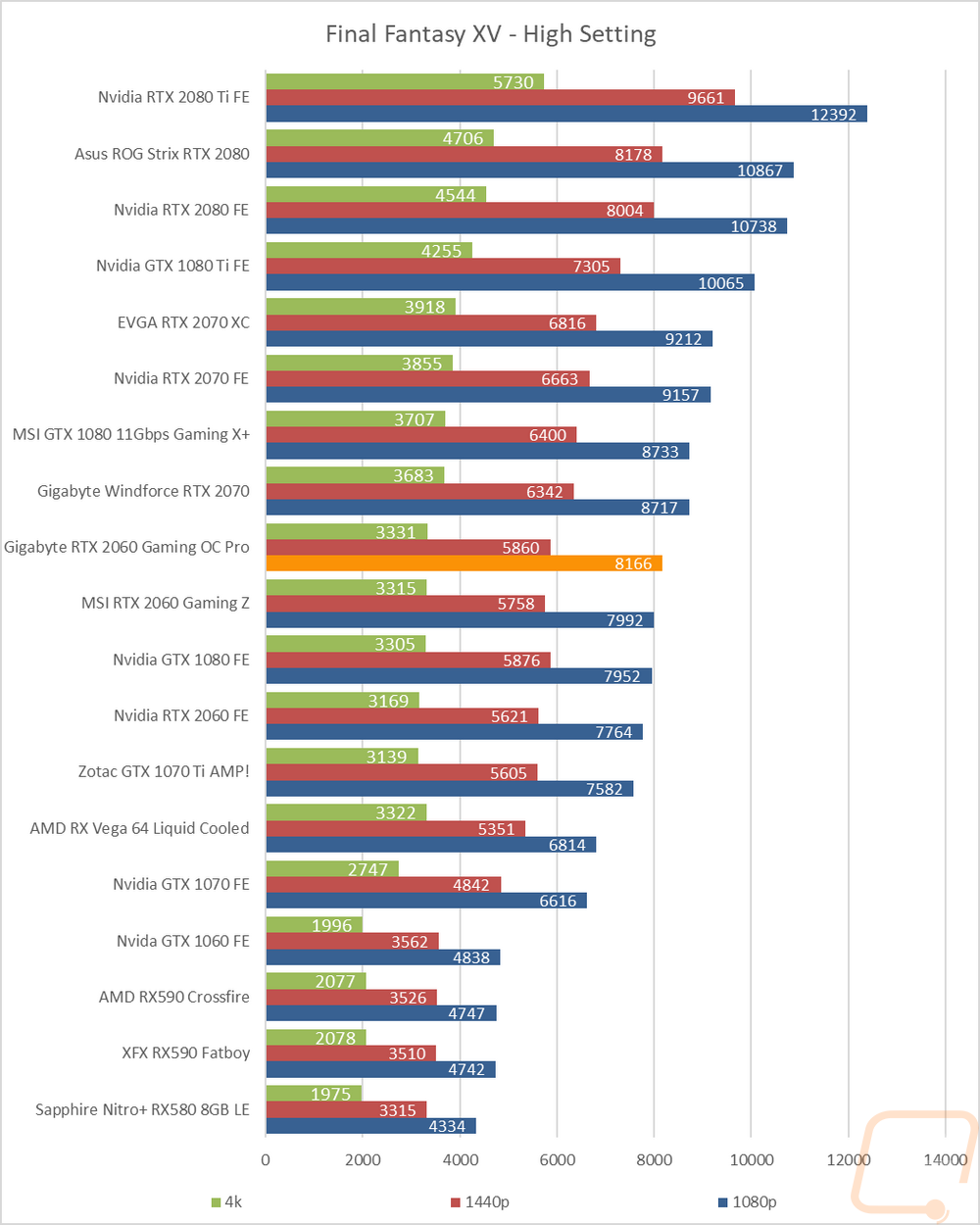 Of course, I have all of our other in game testing results as well and they are needed to finishing getting a look at how the RTX 2060 Gaming OC Pro performs. I was curious about a few things. First, how does the Gaming OC Pro compare to the two other RTX 2060’s that I have tested? When compared to the RTX 2060 Founders Edition, it completely stomps it. The overclock really helps it pull away from the Nvidia card. The MSI Gaming Z on the other hand that has the exact same clock speed, they trade blows through all of the tests. The Gigabyte RTX 2060 Gaming OC Pro comes out ahead in more, but overall they are very similar in performance. The other thing I was curious in was how the Gaming OC Pro compared to other cards like the GTX 1070, GTX 1070 Ti, and GTX 1080. What I found there was similar to what all of the RTX 2060’s have done. It depends a lot on the game, specifically if it is an older DX11 game or a DX12 game. In DX11 games the RTX 2060 cards all run just below or with the GTX 1070 Ti with the 1070 Ti performing better at 4k but the 2060’s hanging in better at 1440p and 1080p. In DX12 titles though they perform better as they start to perform with the GTX 1080. The exception to this is Ashes of the Singularity which is DX12 but also very demanding where they fall between the GTX 1070 and GTX 1070 Ti. 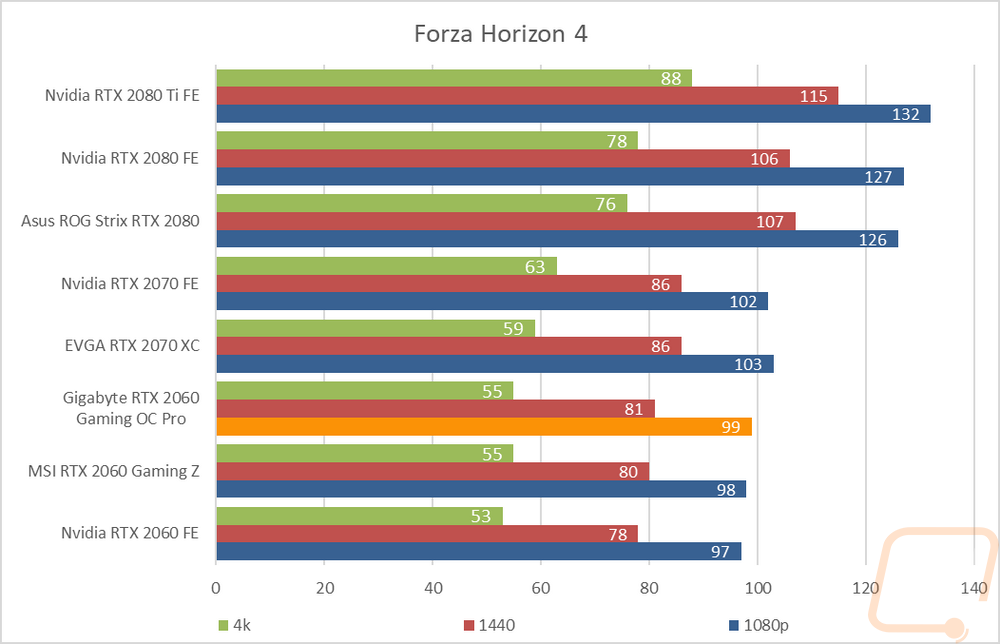 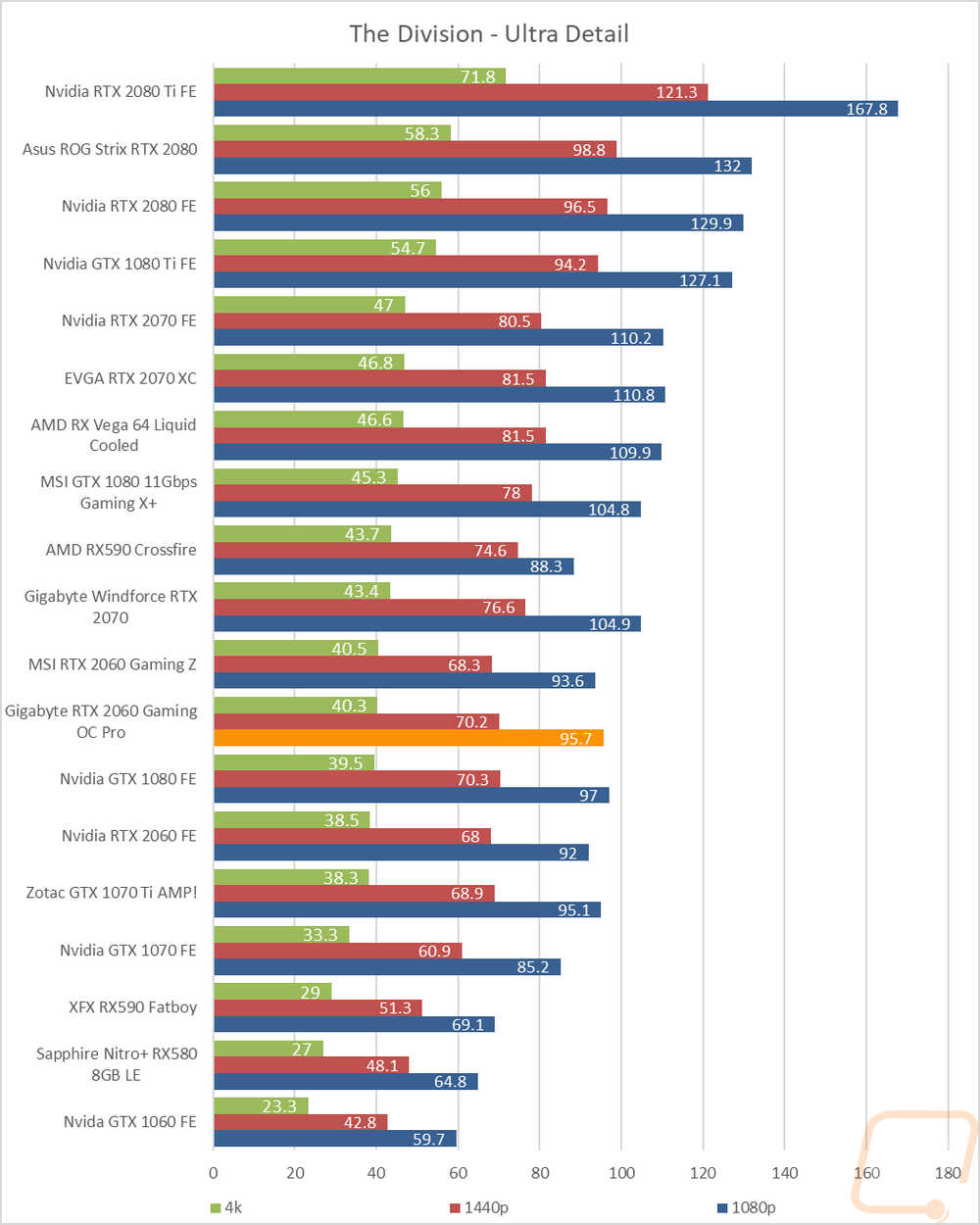 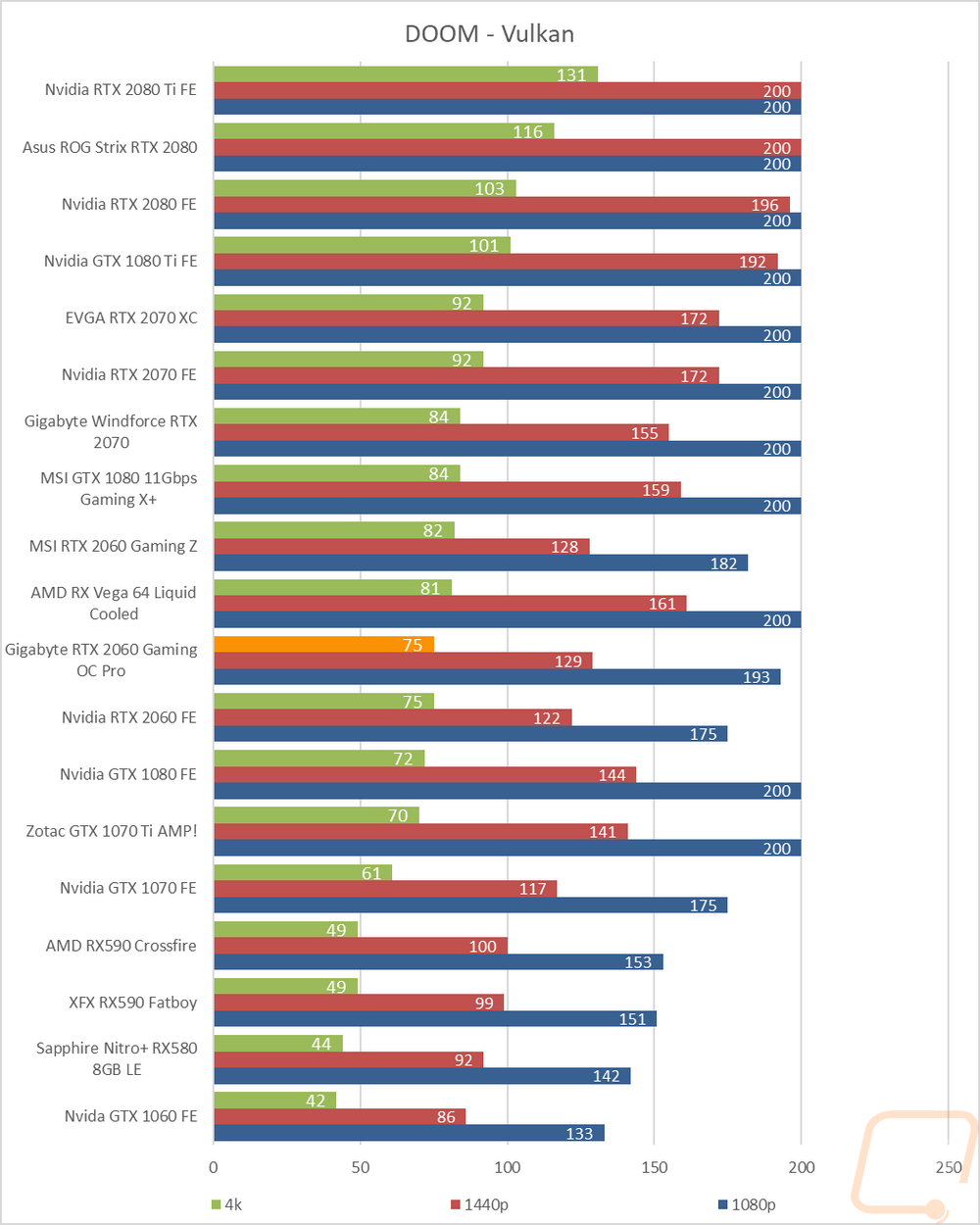 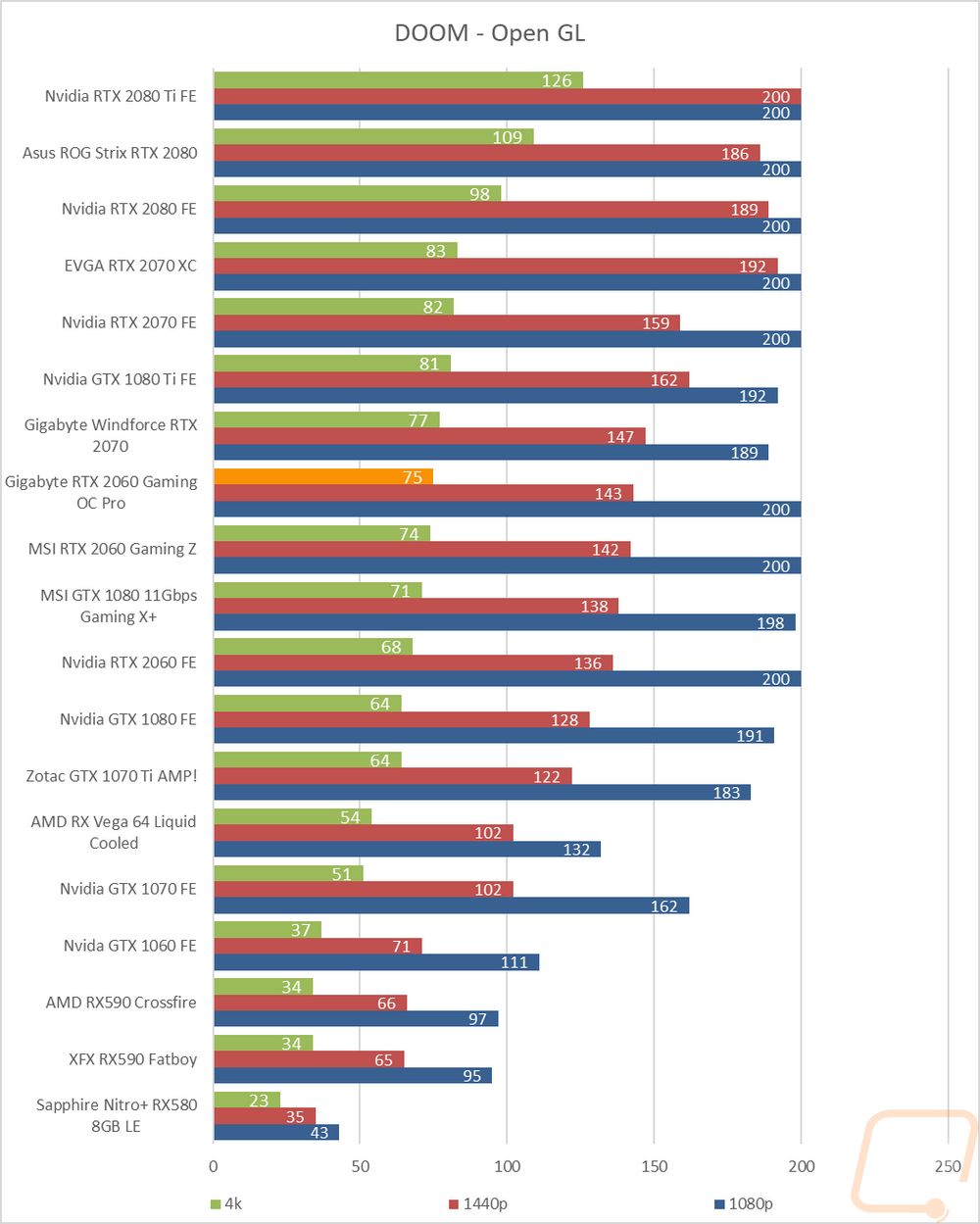 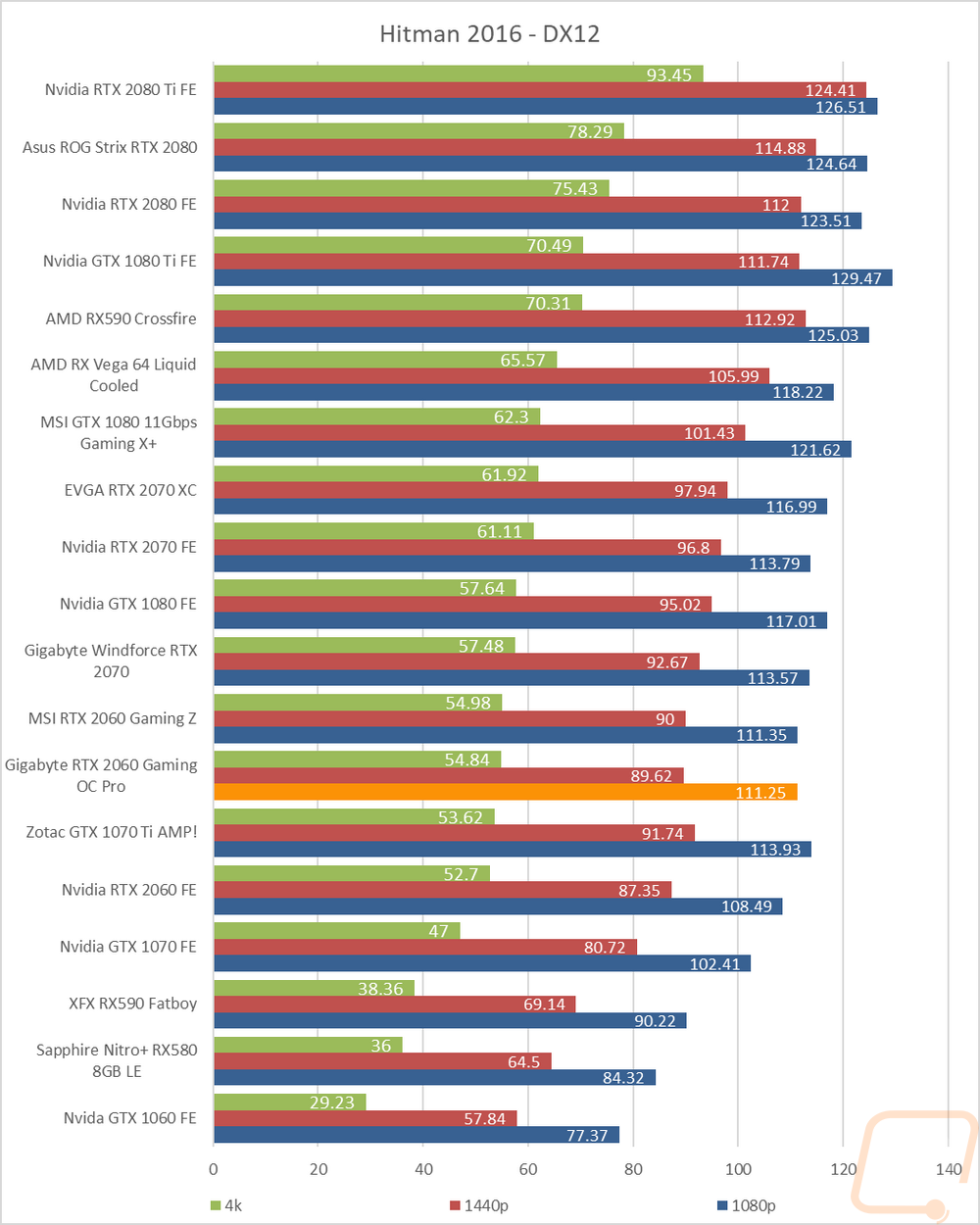 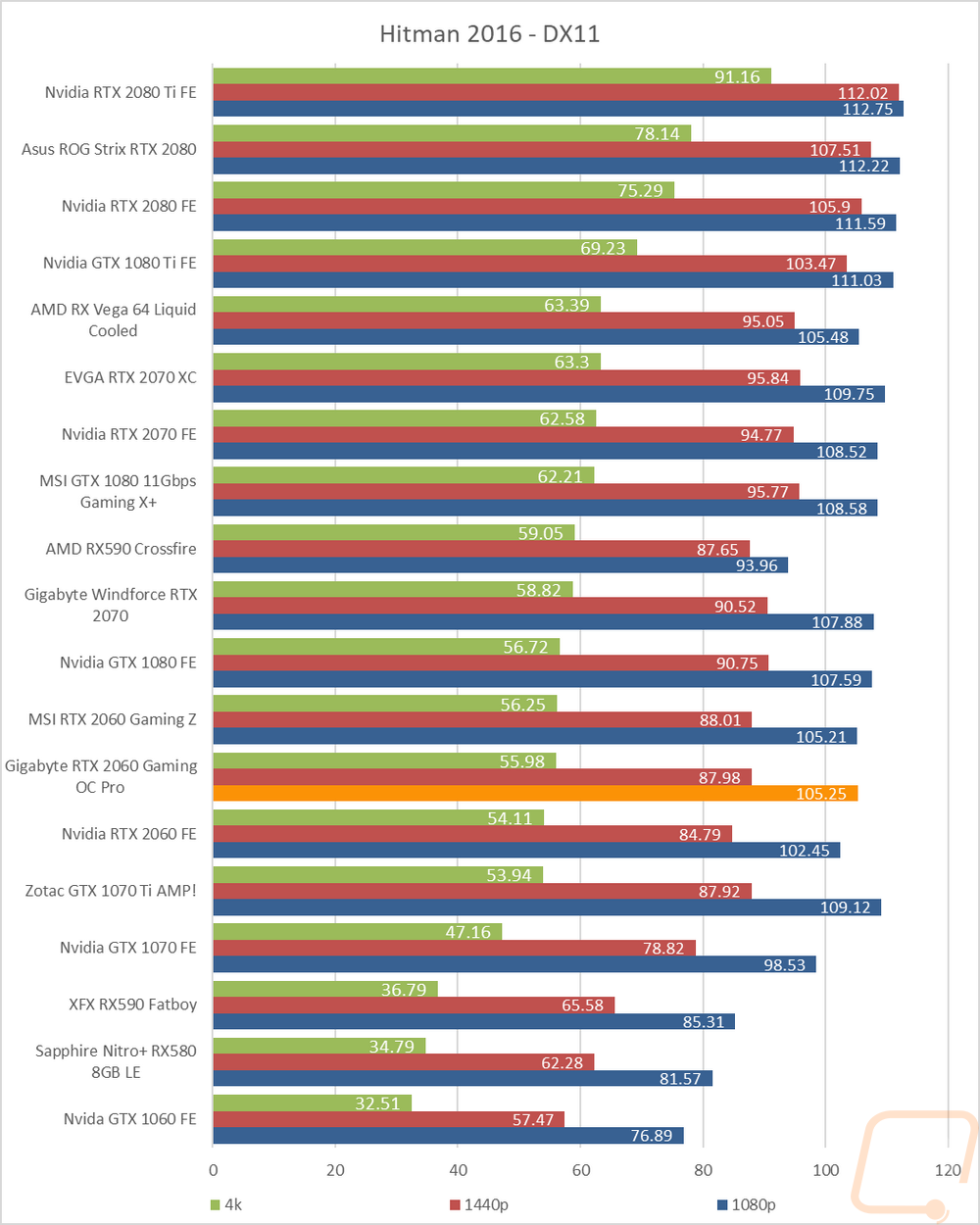 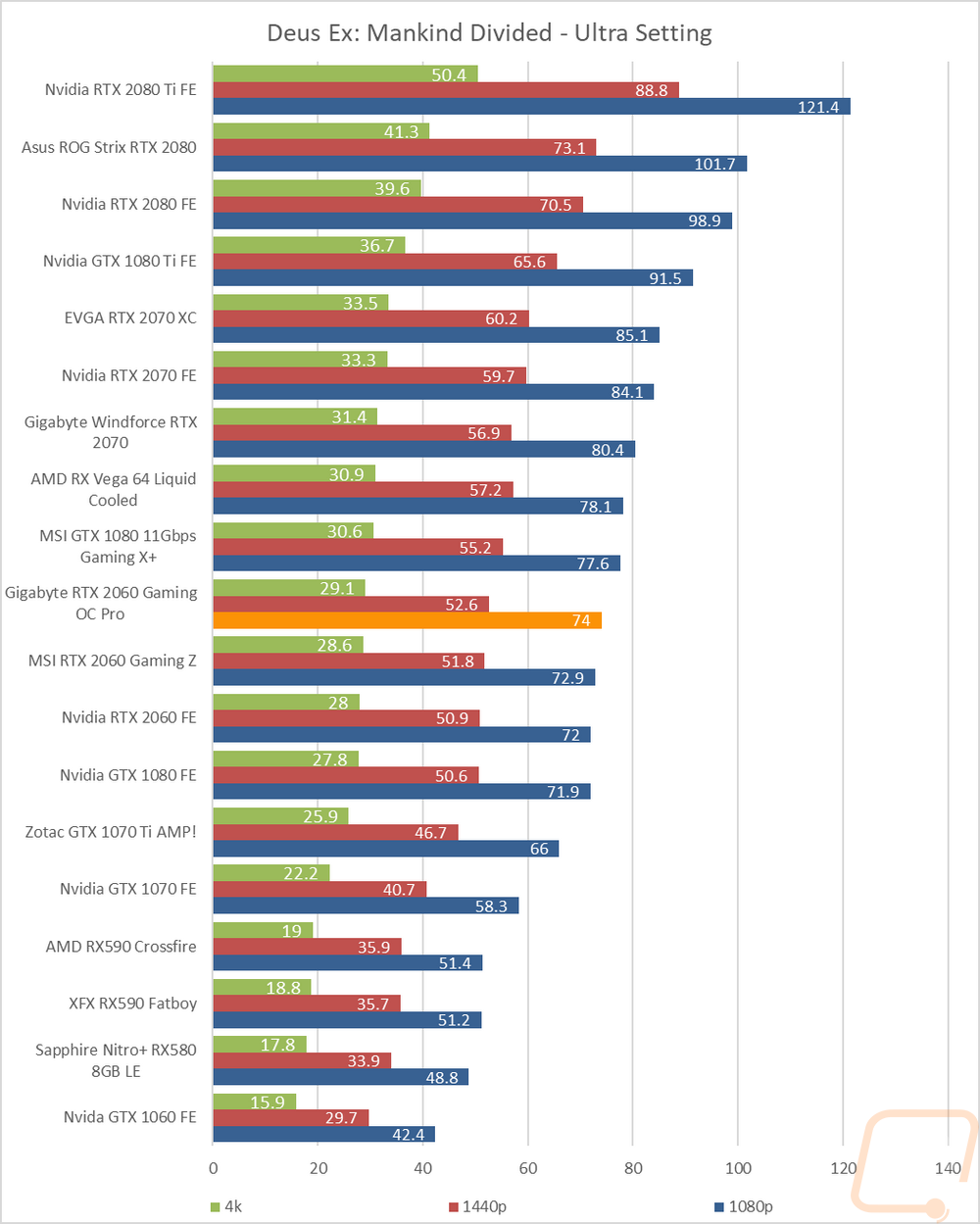 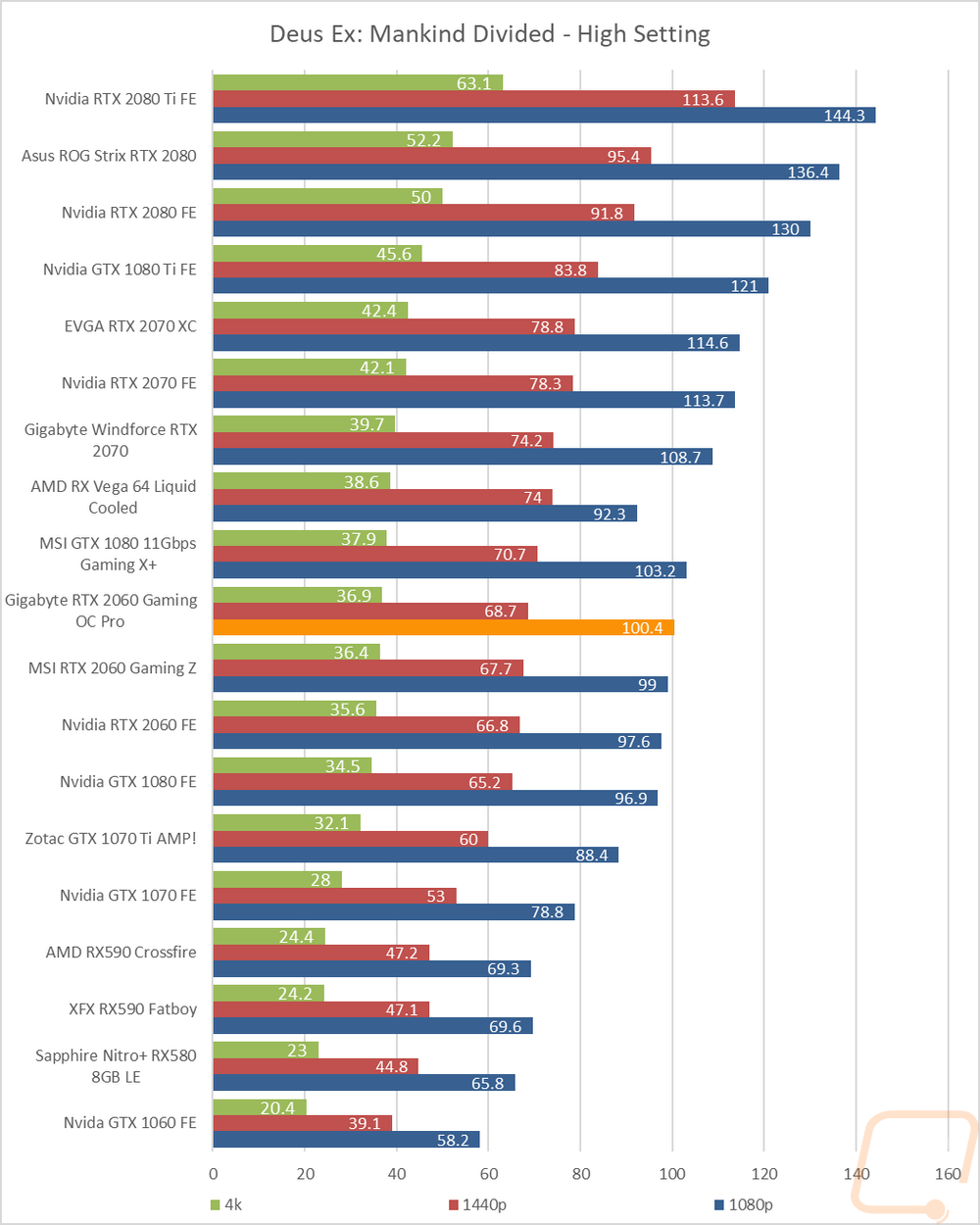 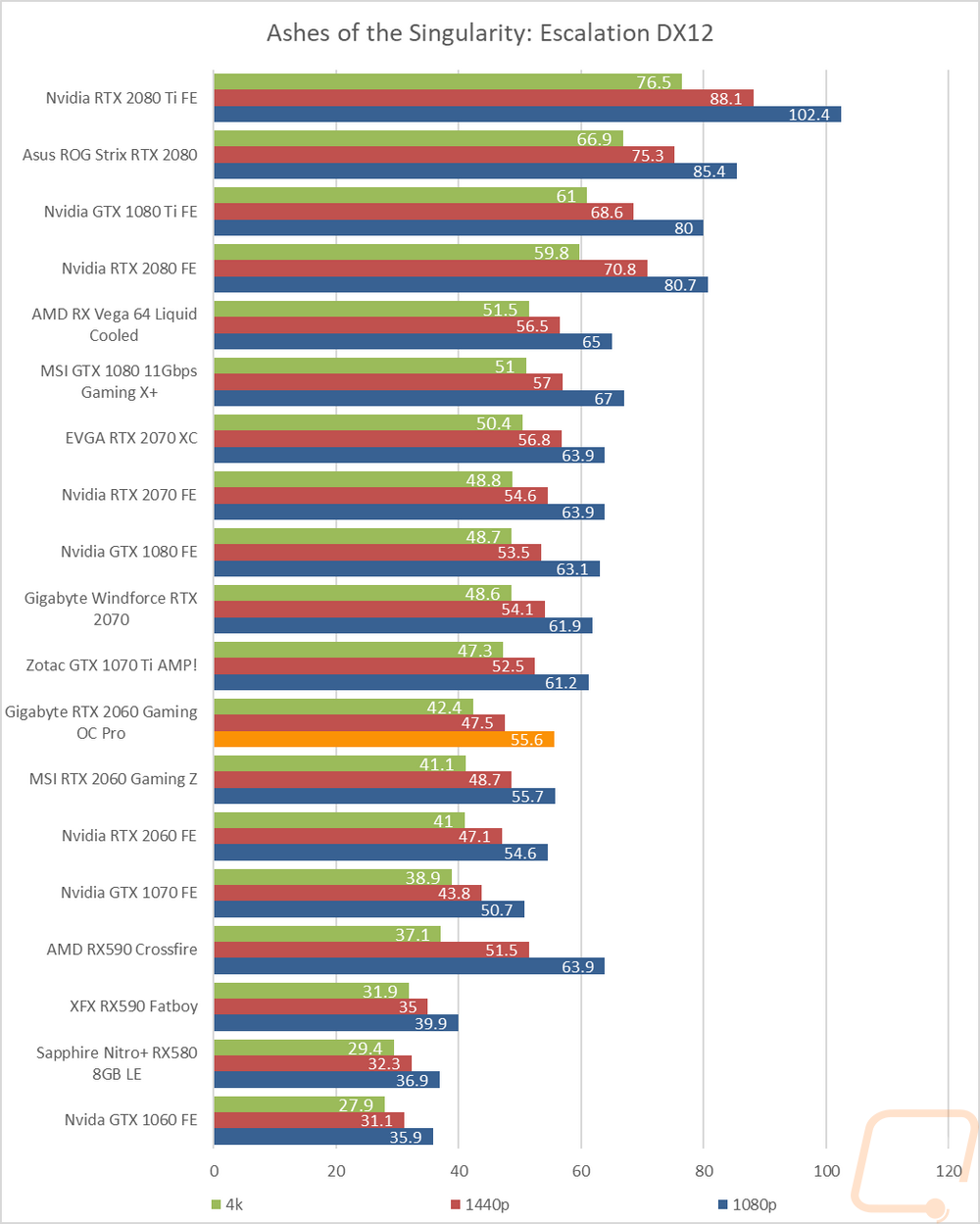 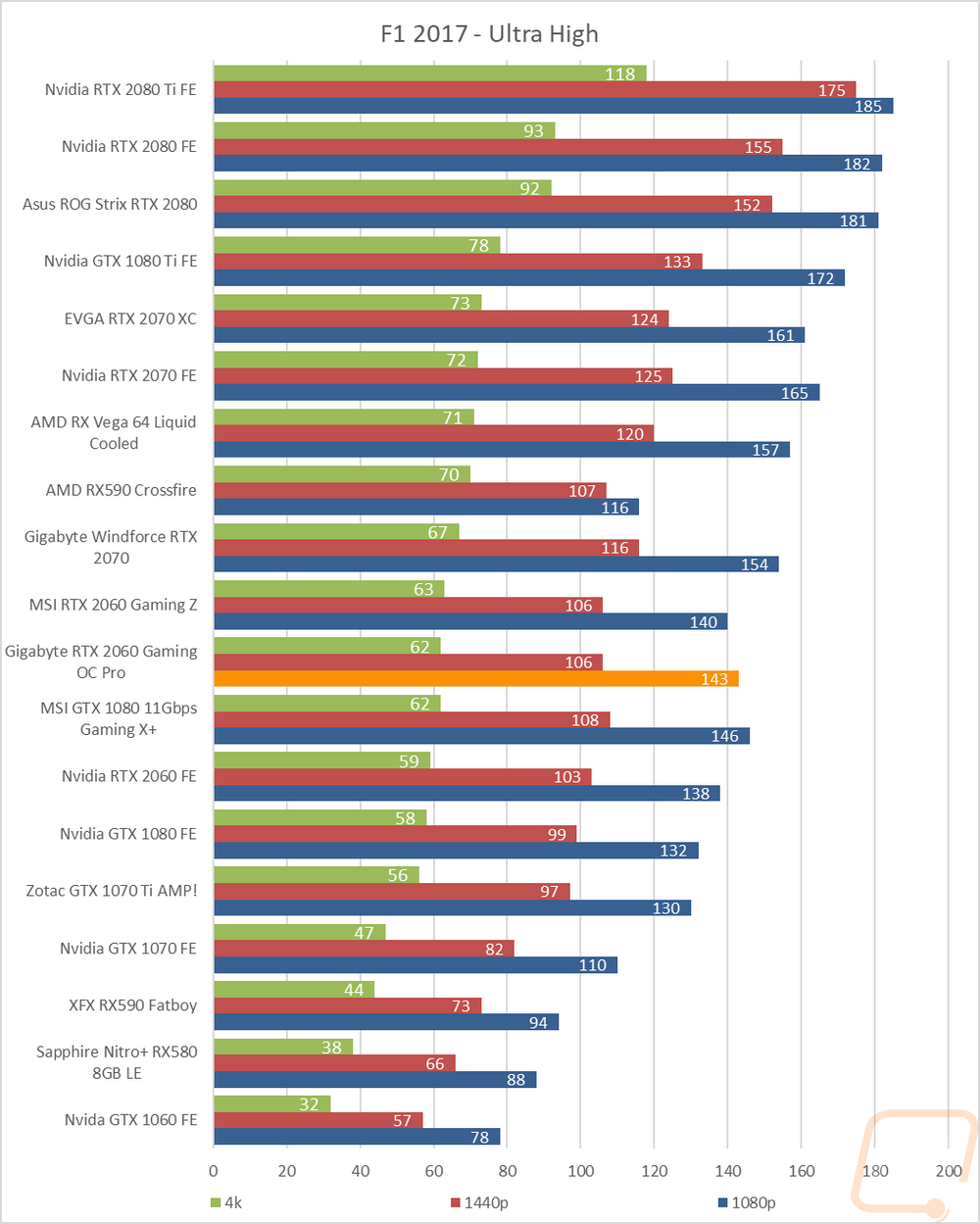 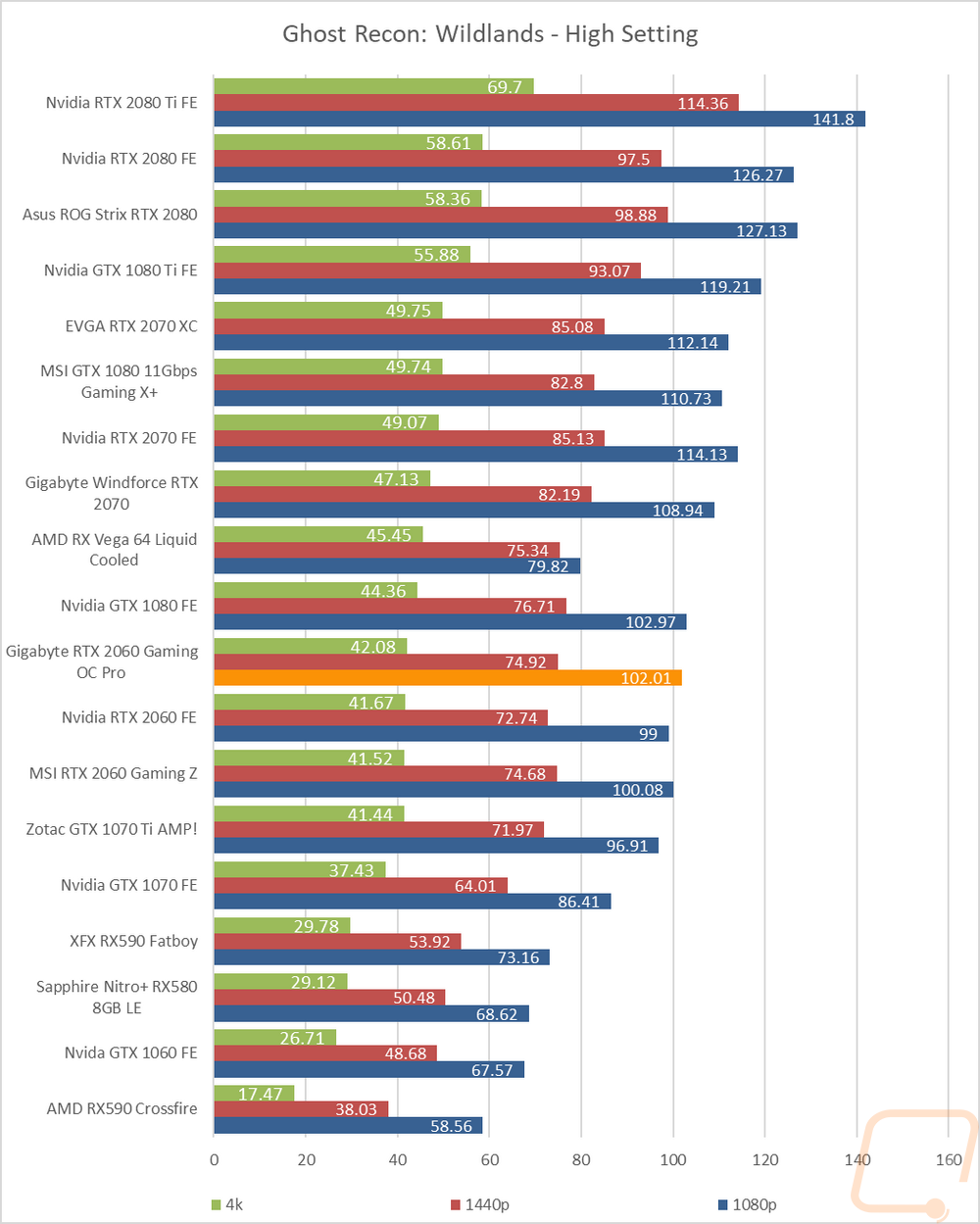 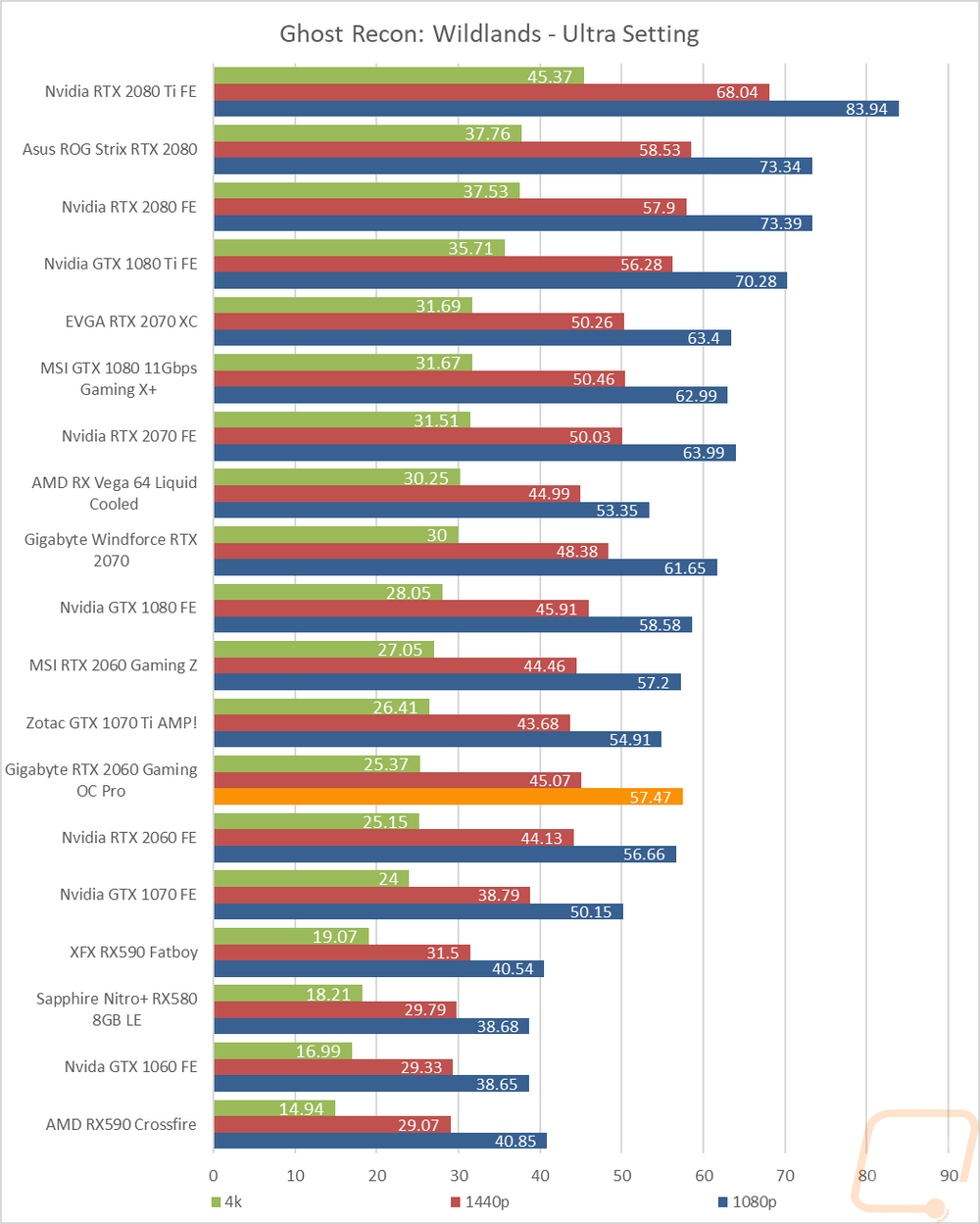 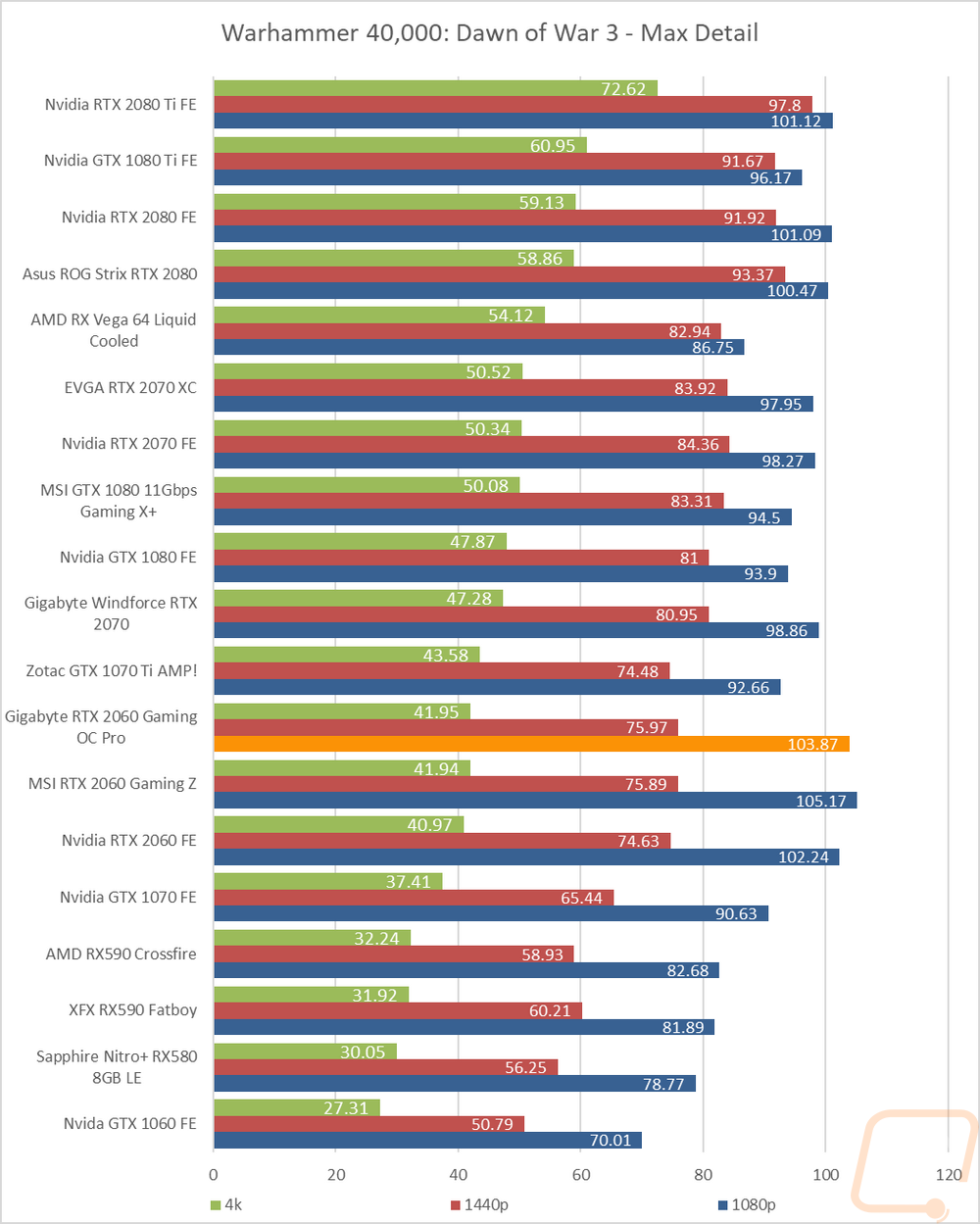 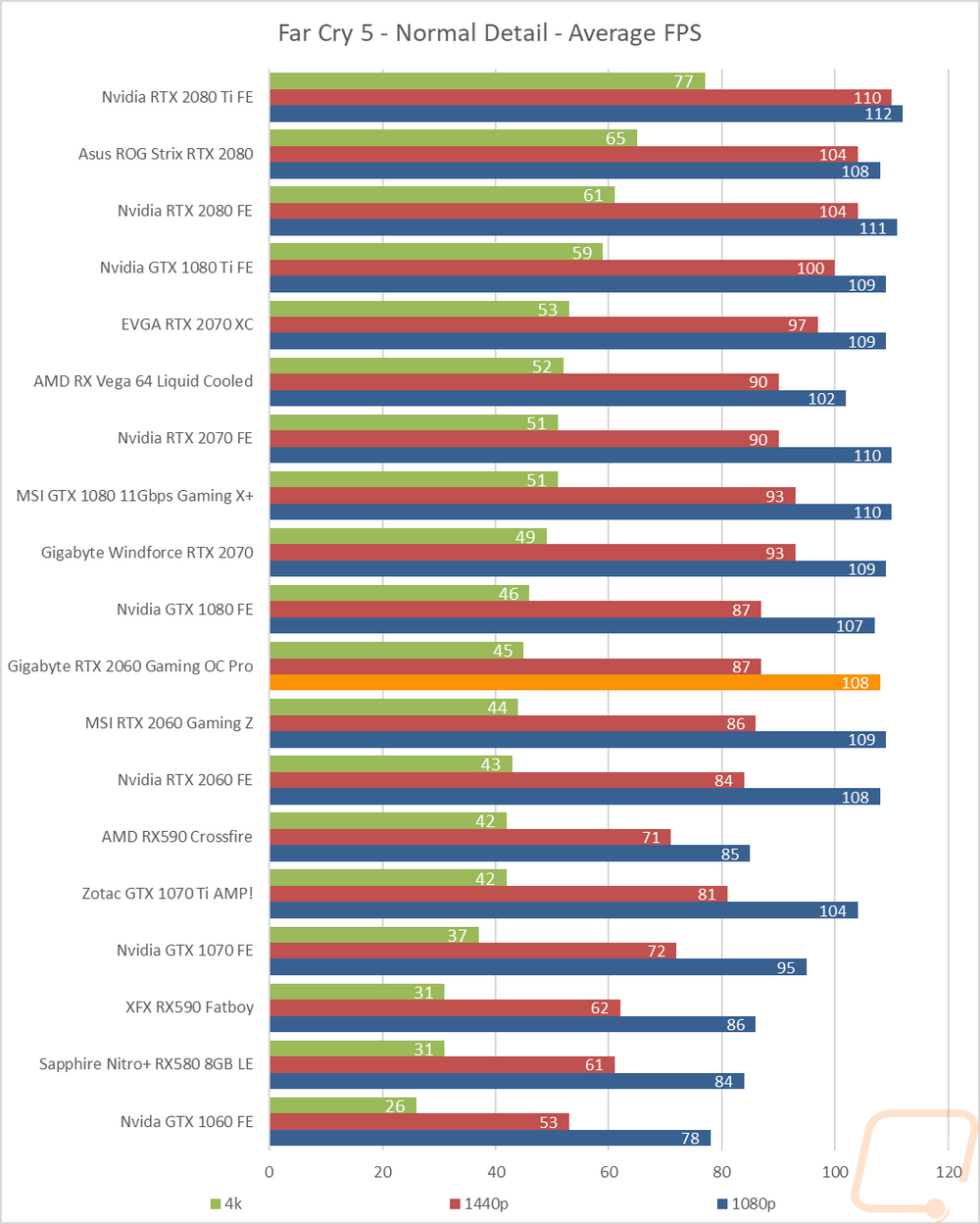 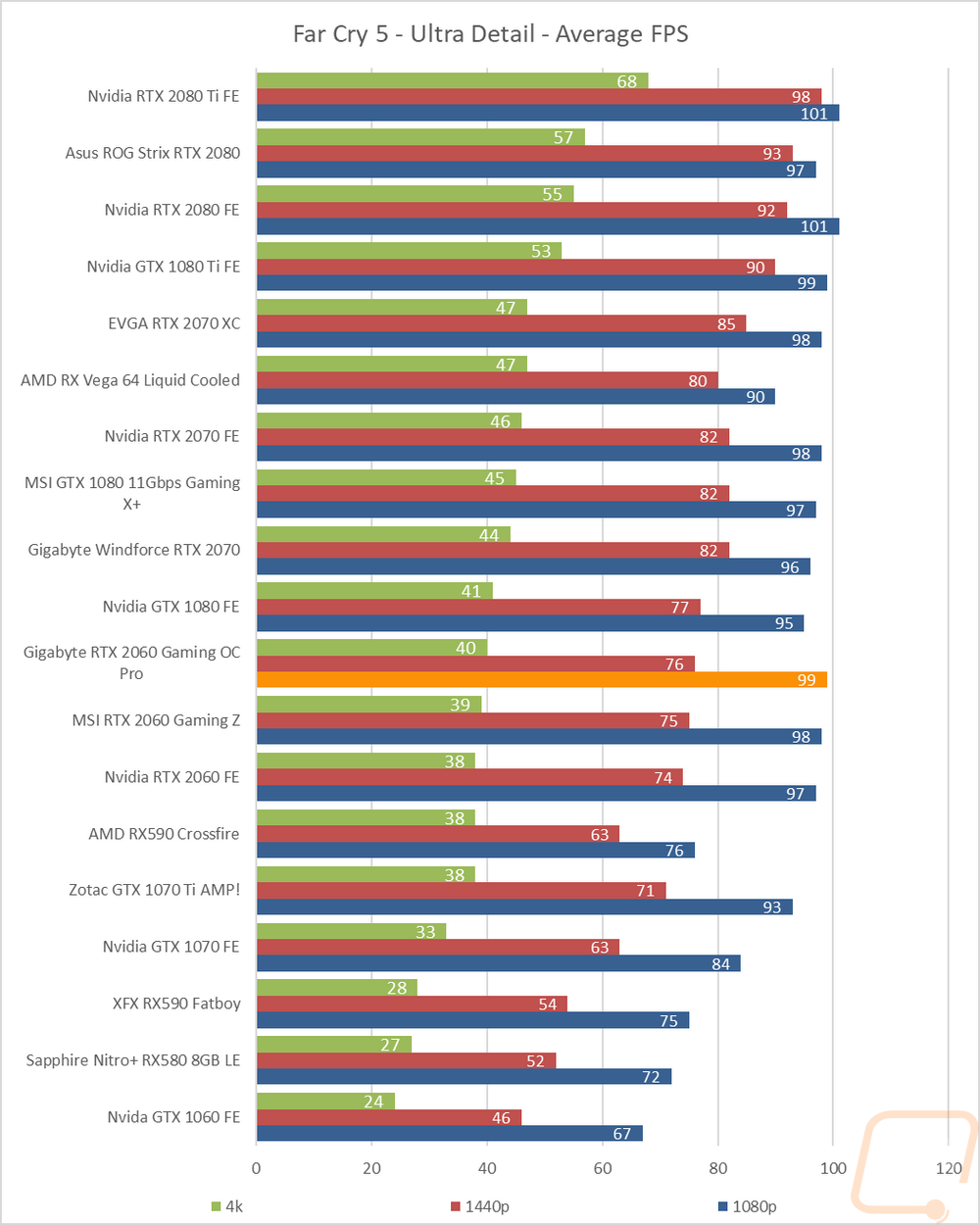 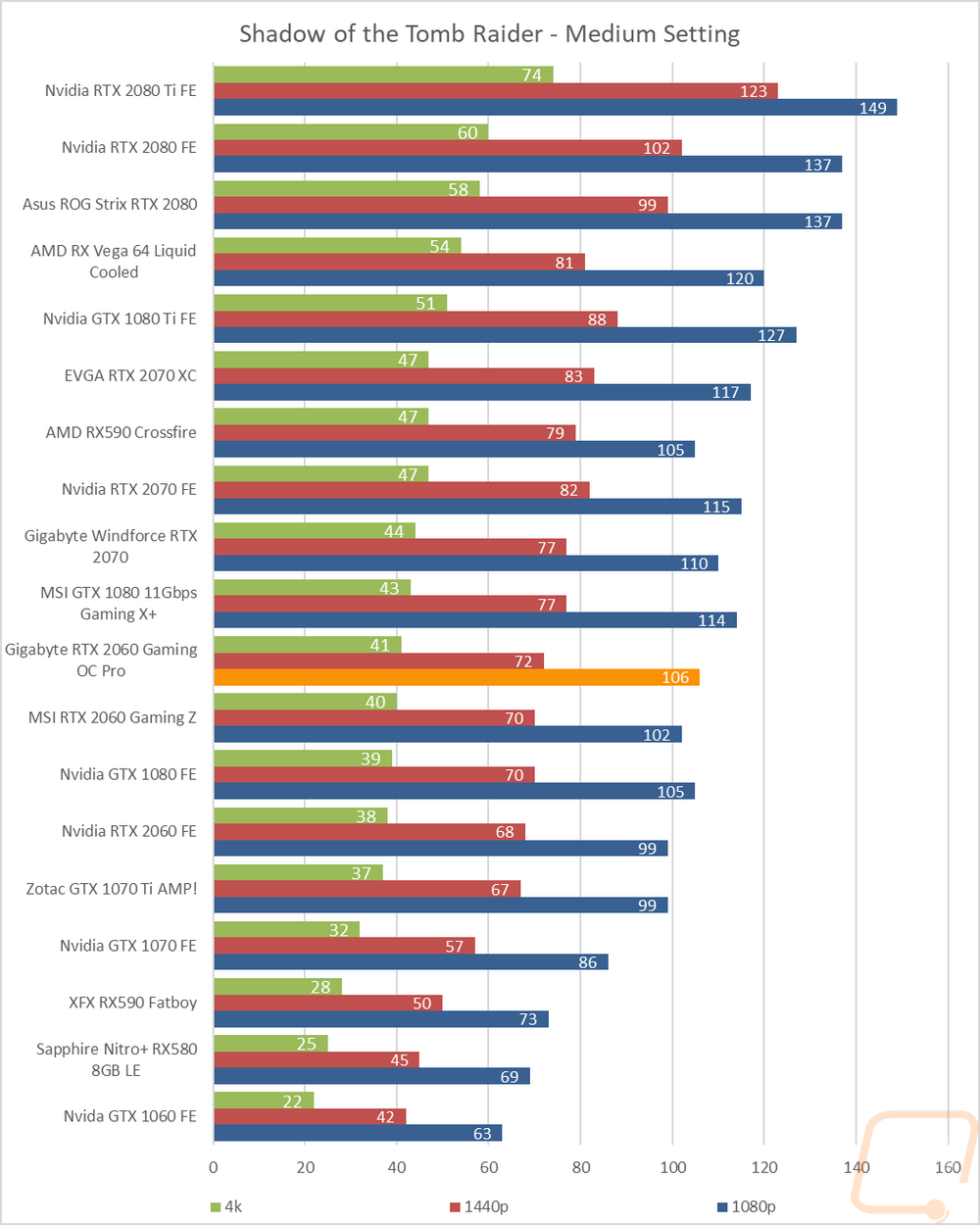 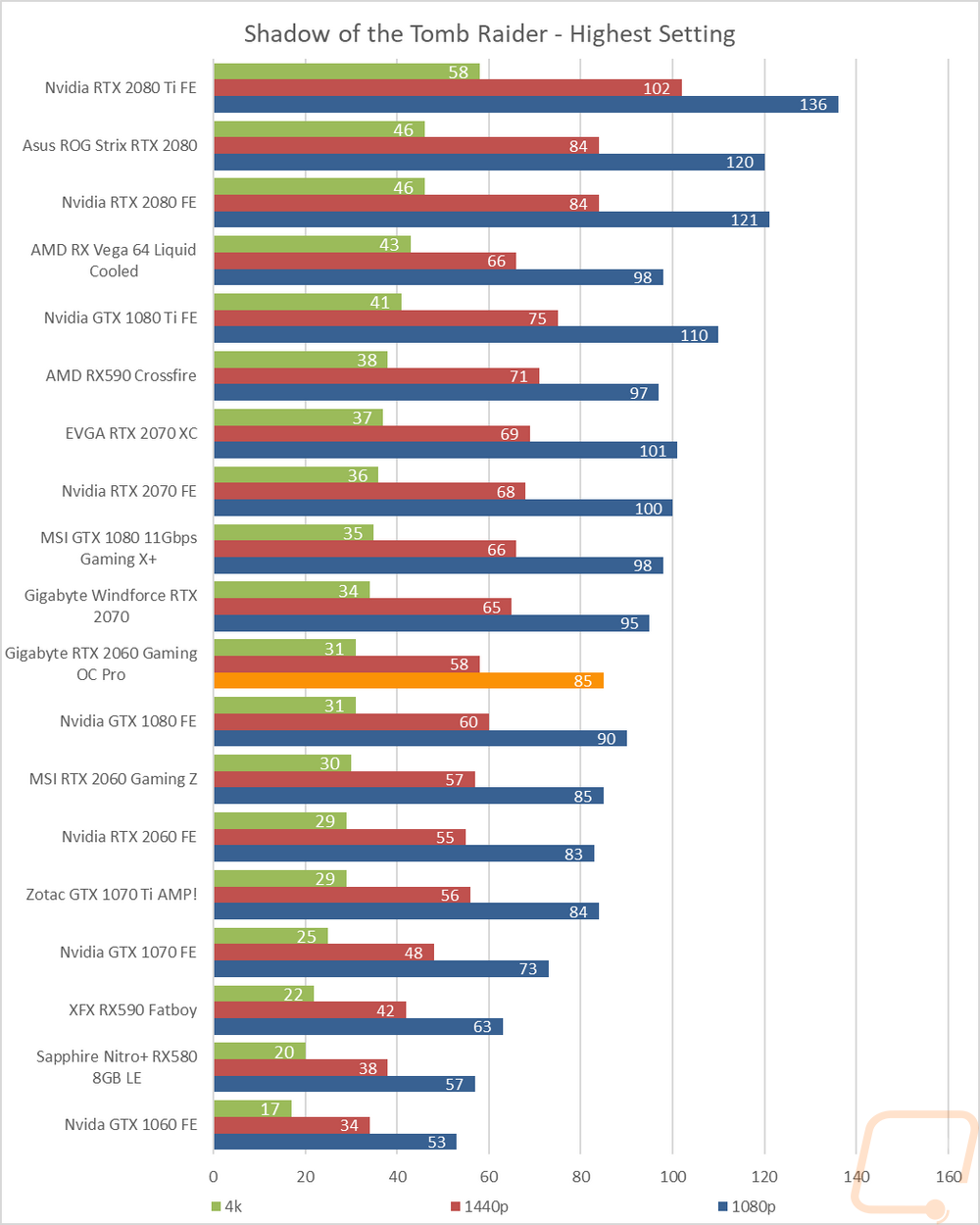