Synthetic benchmarks started out my testing. I always do this because it gives us a great chance to look at the card to card performance with consistent and repeatable tests. They may not directly translate to in game FPS numbers, but the synthetics do a good job at breaking down different situations like DX11 and DX12. So remember the Gaming OC Pro 6G has the same 1830 MHz clock speed as the MSI Gaming Z, but both were well above the Founders Editions 1708 MHz clock speed. You can see this in the Fire Strike benchmarks where the Gaming OC Pro and the Gaming Z are really close together and up above the Founders Edition as well as up over the GTX 1070 FE. In the DX11 Fire Strike tests the GTX 1070 Ti is still faster by a good margin in the ultra test, but edging past the GTX 1070 FE was good to see. At the lower Performance setting though the 1070 Ti and the two overclocked RTX 2060’s are almost indistinguishable. 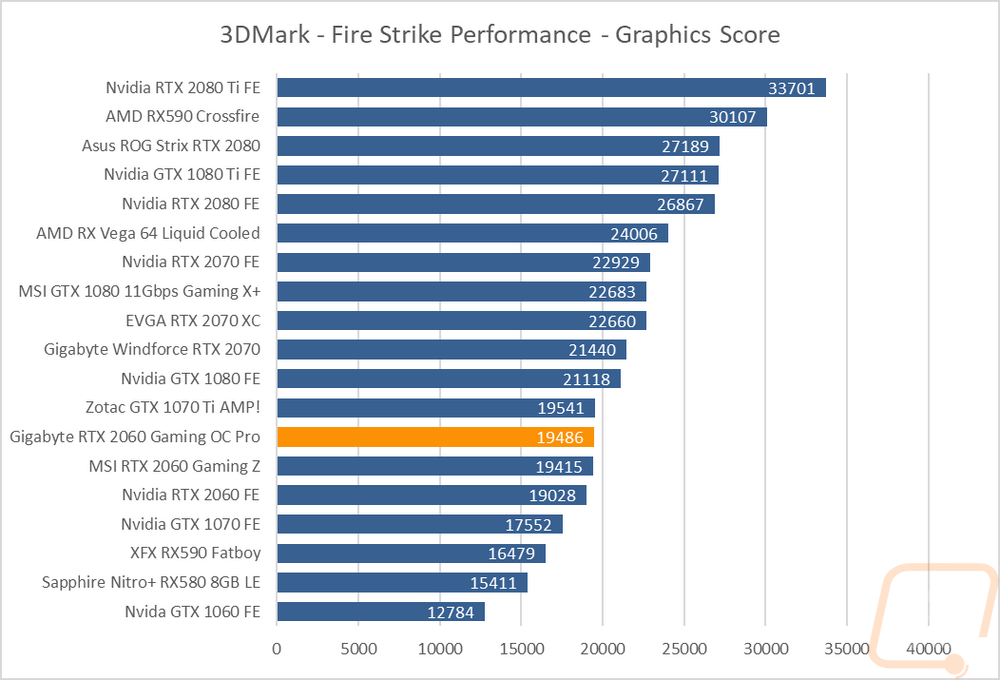 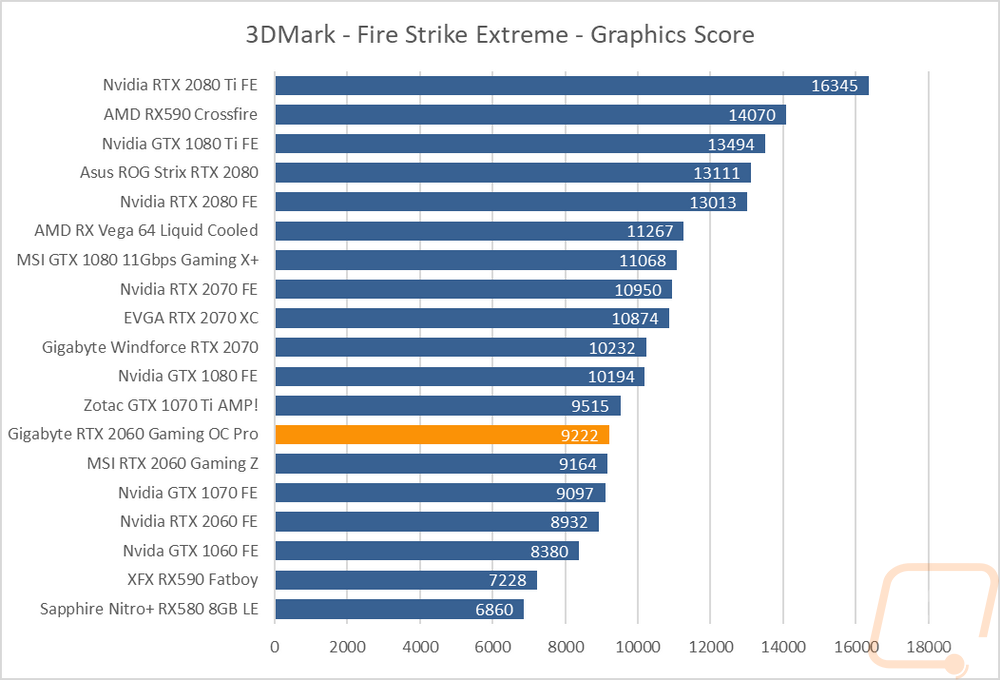 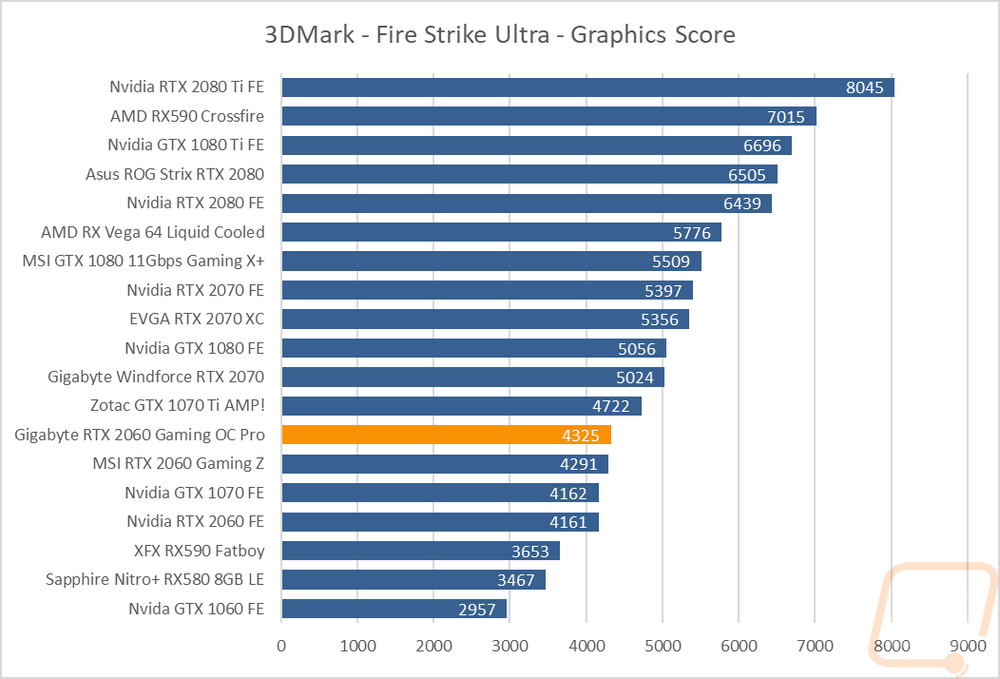 Next, in the 3DMark Time Spy benchmarks, we take a look at DX12 performance. DX12 is where all of the RTX cards really excel so seeing the Gaming OC Pro outperform the Vega 64 and even the overclocked GTX 1080 is a big change from the DX11 Fire Strike results. Even turning the detail up to extreme it outperformed the overclocked GTX 1080 11Gbps but only by a small margin and there the Vega 64 did move up. 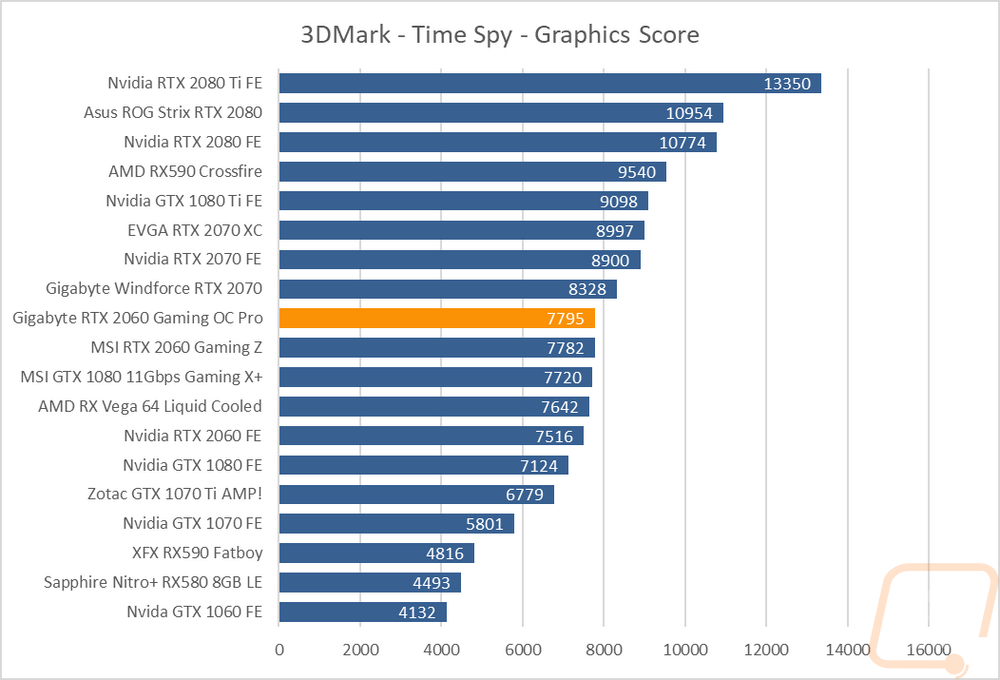 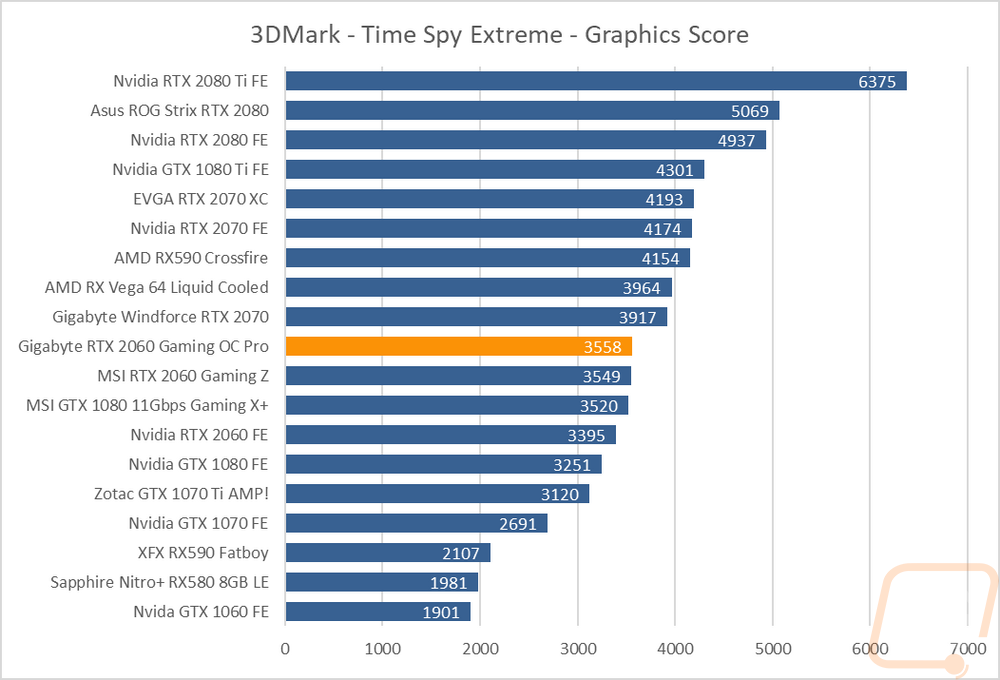 I also tested with the new Port Royal benchmark that tests Ray Tracing performance. I only have RTX cards tested here so there aren’t any big surprises with the order, but the Gaming OC Pro did edge out the Gaming Z by 1 whole point!

I didn’t just test in 3DMark. I also ran four tests in the Unigine based Superposition benchmark. Here I tested twice at 1080p, once at medium detail and again at the extreme setting. Then I tested at 4k and 8k for a look at the ultra-high resolutions. The Gaming Pro OC and the Gaming Z were again right near each other with the Gigabyte card again just a touch ahead. This put them right with the GTX 1070 Ti in this DX11 based test. The RTX 2060 cards did even better with the extreme settings, actually getting up with the Vega 64 and above the GTX 1080 FE. But at 4k and 8k were back down with the 1070 Ti. 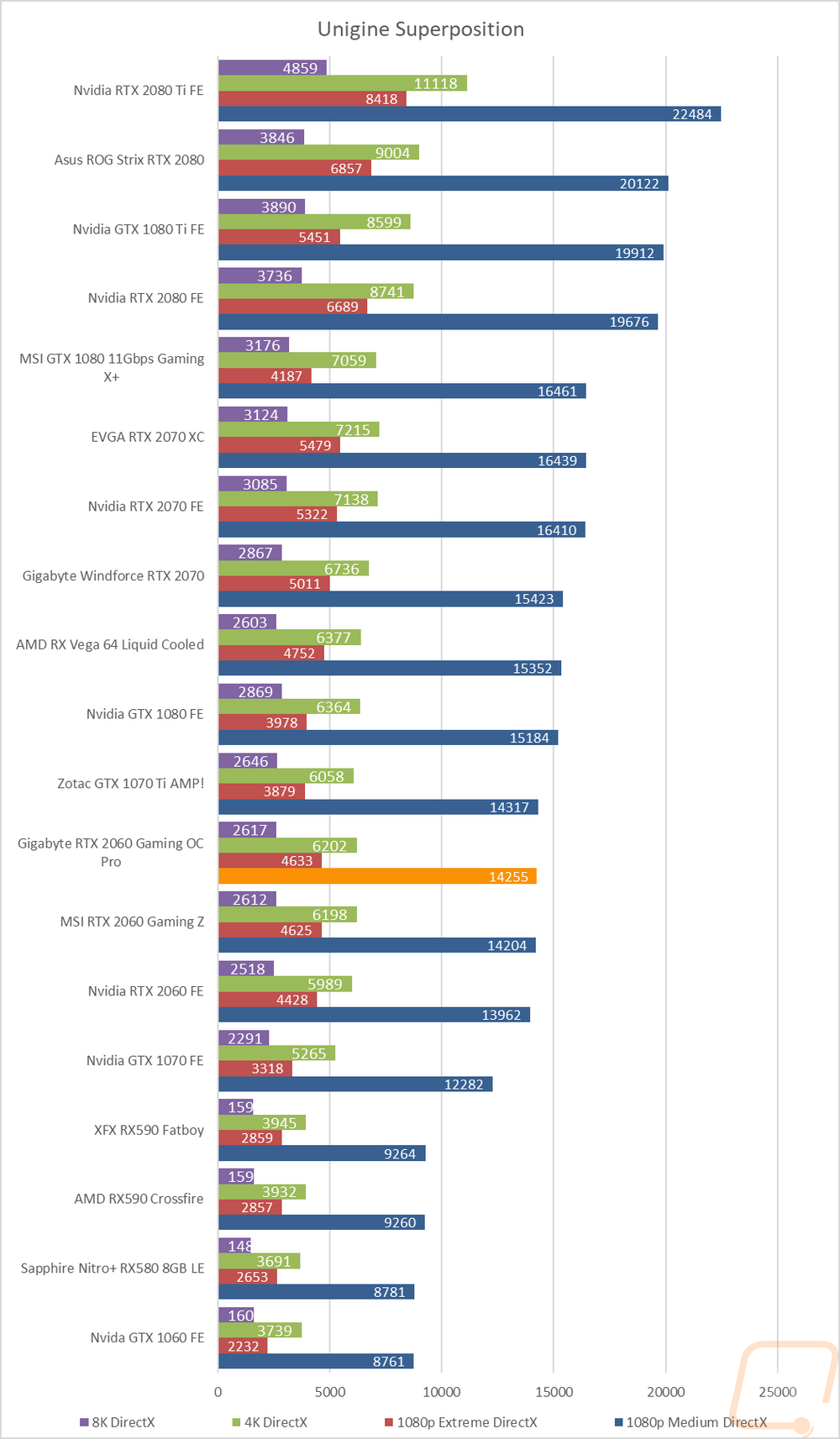