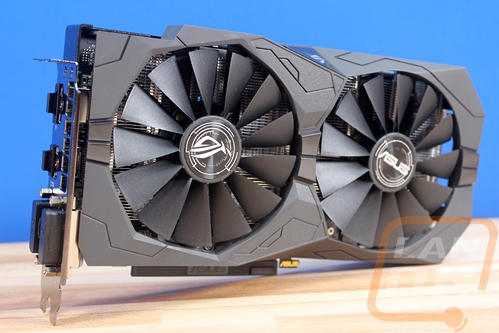 For the last batch of testing, I focused on areas that aren’t game performance specific. I tested power, cooling, and noise levels. All three are also areas where card manufacturers play a bigger role in performance, in other words, this is where cards with the same GPU can stand out against the competition. The first benchmark was to take a look at the overall power usage. I use a Kill-A-Watt to monitor the wattage draw of our entire test system and put it under load in 3DMark Fire Strike at 1080p (performance setting) noting the highest wattage pulled. The Strix RX 570 ended up pulling 312 watts at peak, this was much higher than the XFX RX 570 that I already consider to be a high power usage card and it even put the card up above the RX 480 8GB reference card. The next highest draw was actually the GTX 1080 Founders Edition for some perspective.

For the next round of tests, I was focusing on overall fan noise. Considering the Strix RX 570 doesn’t turn the fans on at idle and low power draw I manually set the fans at 50% and 100% and documented the decibel levels from 18 inches away. I also took note of the fans speeds as well because they play a big role in the noise levels. In this test the Strix RX 570 really impressed me, being the quietest card tested under our new test conditions at 51.5 decibels. The 50% fan speed results weren’t the lowest as well but they still weren’t bad. The 1553 fan speed at 100% played a big role in the lower noise levels of course. 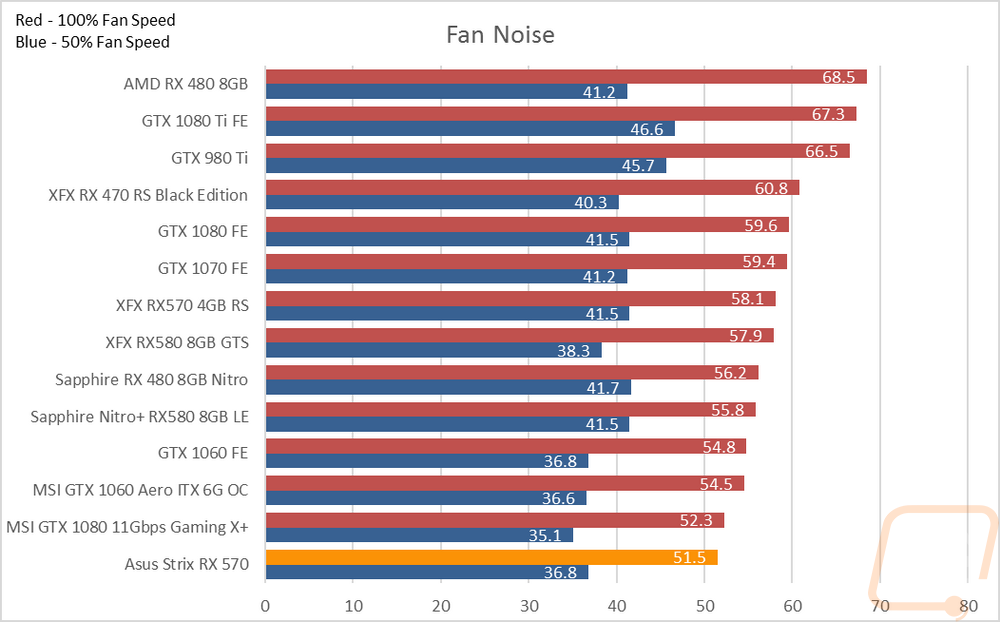 Our last tests were temperature testing where done in Valley benchmark with it on loop and I tested at the stock fan settings and then after things cooled off I tested again at 100% fan speed. This gives us a look at the out of the box performance with the stock settings then a look at how much headroom is left in the cooler as well if sound isn’t an issue. At the stock settings, the Strix RX 570 didn’t do too bad at 65 degrees, the XFX in this same test was up at 73 degrees. With the fan turned up it dropped 20 degrees and was exactly on par with the XFX for overall cooling capacity. Of course, given the higher clock speed and the much higher power draw, I think the Asus’s cooling is slightly better all things being equal. 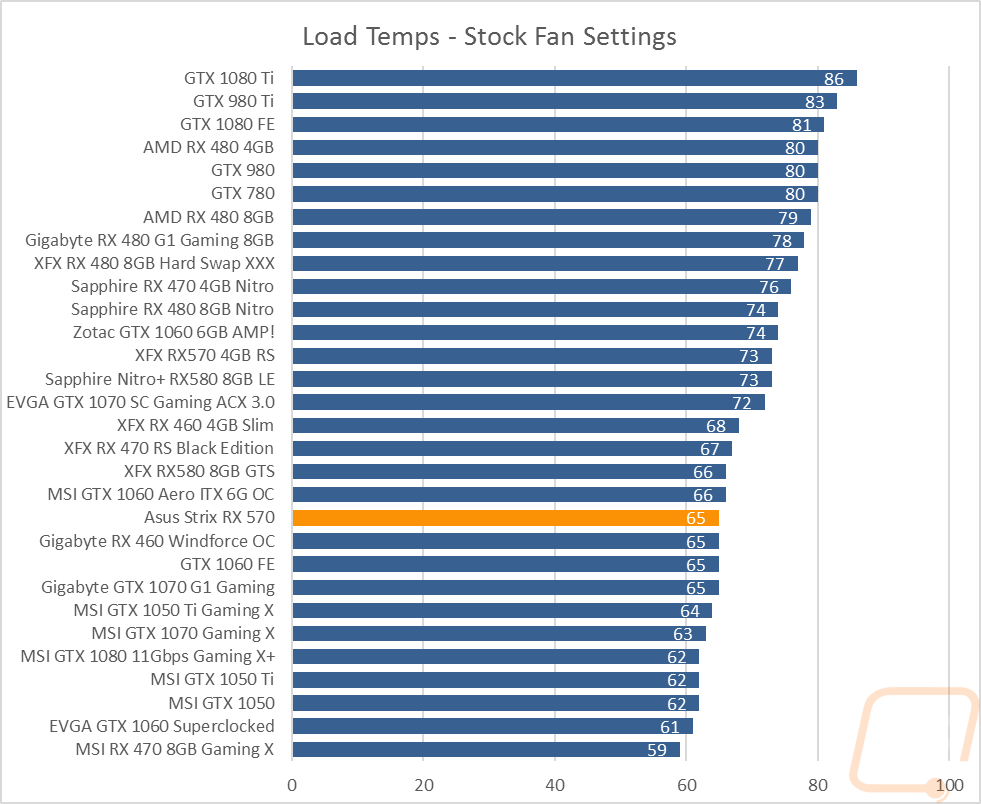 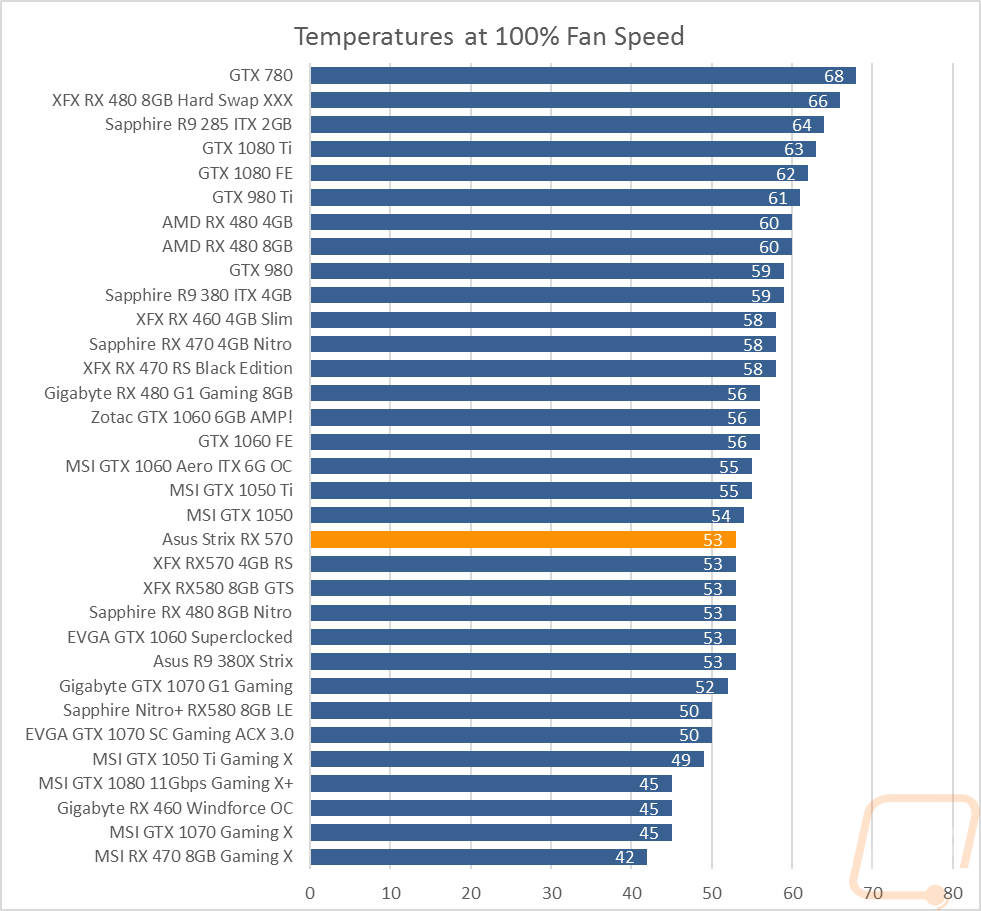