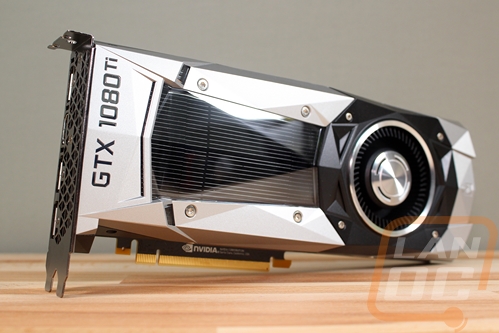 Well, lets just put it this way. I actually had to change our playability graphs because the GTX 1080 Ti came in over 60 FPS on every single game tested at both resolutions. The truth is while our benchmark suite is demanding, it really needs more VR and 4k testing to really push the limits of the 1080 Ti. I added 120 FPS results to the graphs to help show just how well the card would also perform for people running today's high refresh rate monitors like 120, 144, and even 240 Hz offerings.

As always I also include the actual graphs for each of the games tested. Typically there is a short list of things that I think people should check out but really the performance was fairly consistent with the GTX 1080 Ti with it coming in ahead of the GTX 1080 in every test and GTX 1080 SLI when it works still being faster. Hitman: Absolution proved to be a little weird on top of being dated. The 1440p results were in line with what I would expect them to be but at 1080p there was clearly a problem. DirectX 12 performance was consistently better than DX11 performance in the games that I tested both. The same goes for DOOM when testing OpenGL and Vulkan, Vulkan gave the 1080 Ti a boost as well. DOOM was another game that proved that the GTX 1080 Ti so words more than is needed for 1080p and even 1440p gaming, the card actually found the FPS limit of the game peaking at 200 on both 1080p tests with the FPS never dropping below 200 at all. 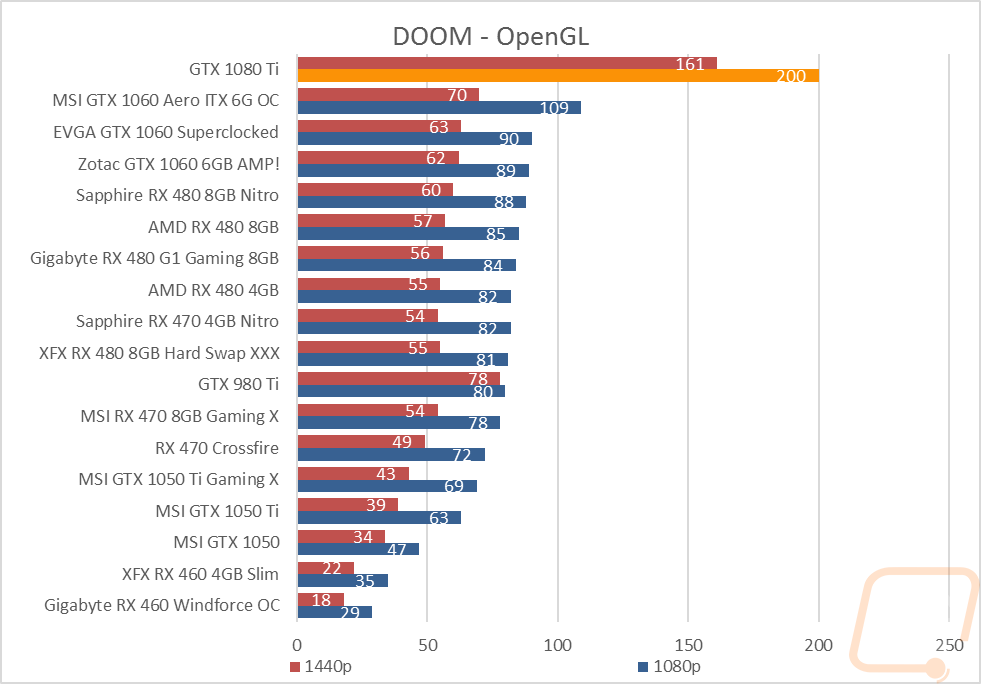 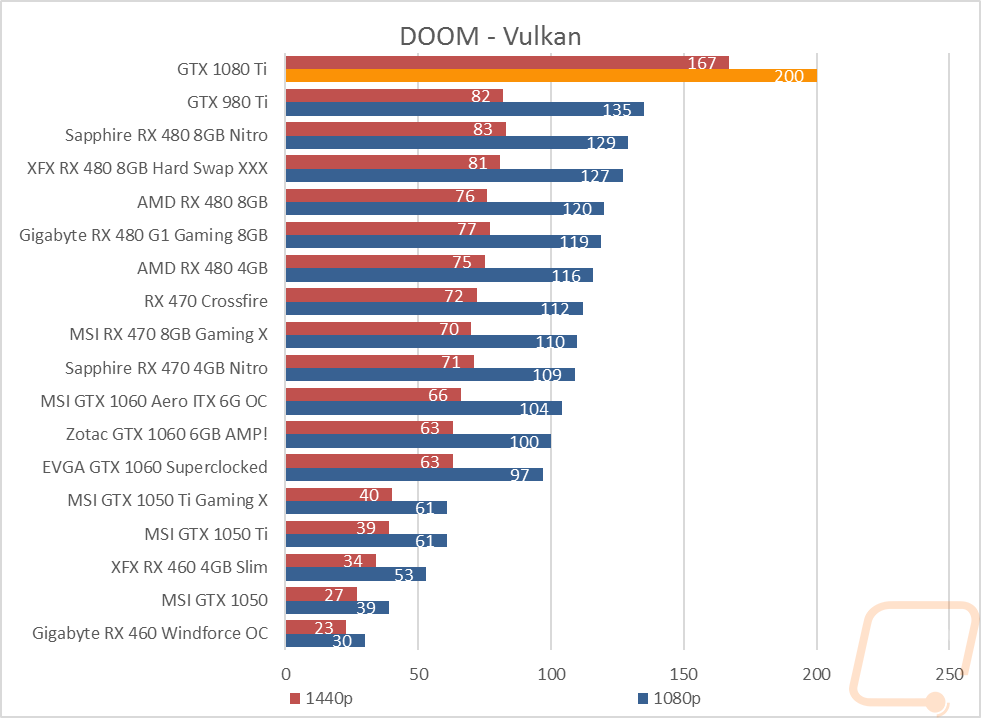 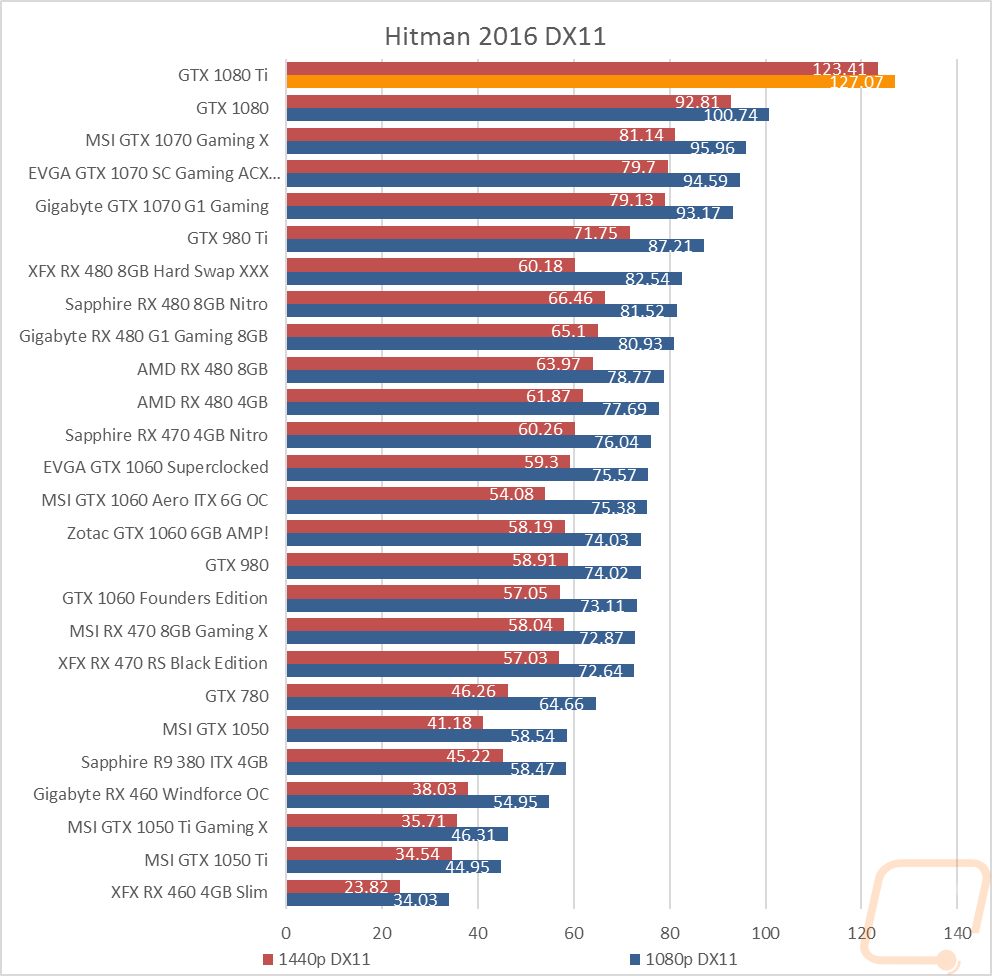 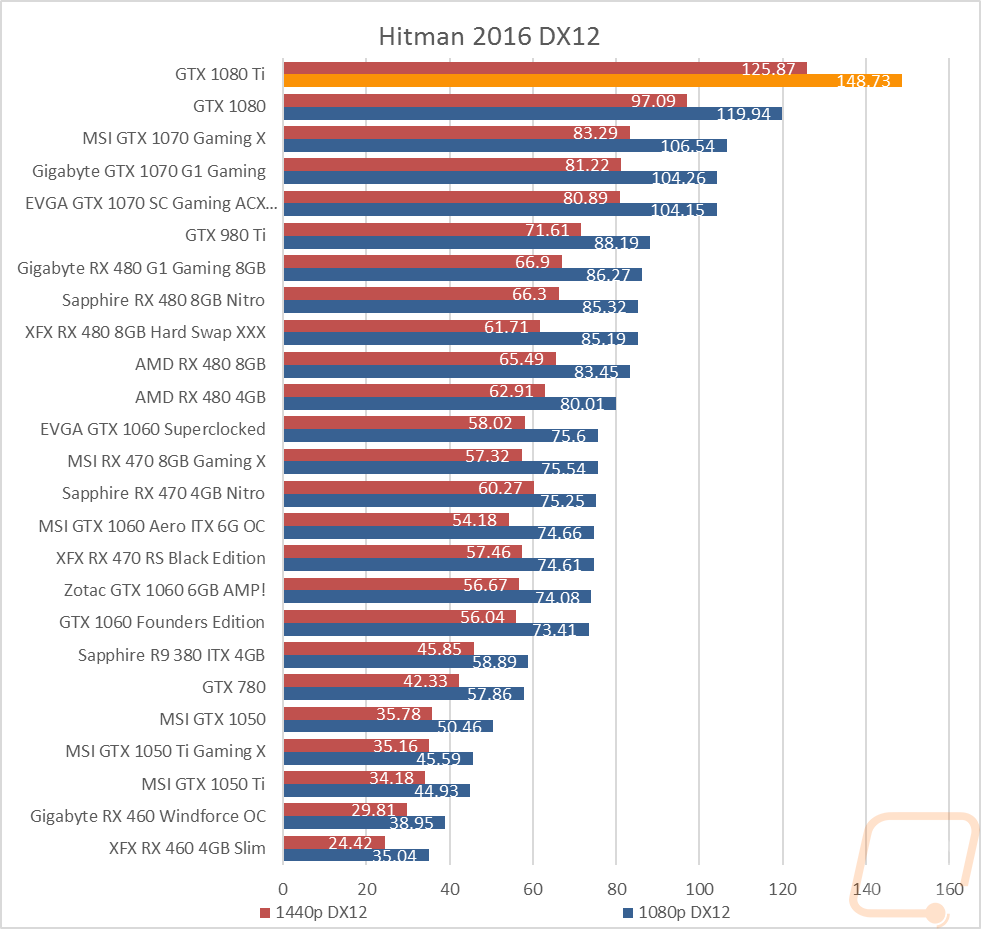 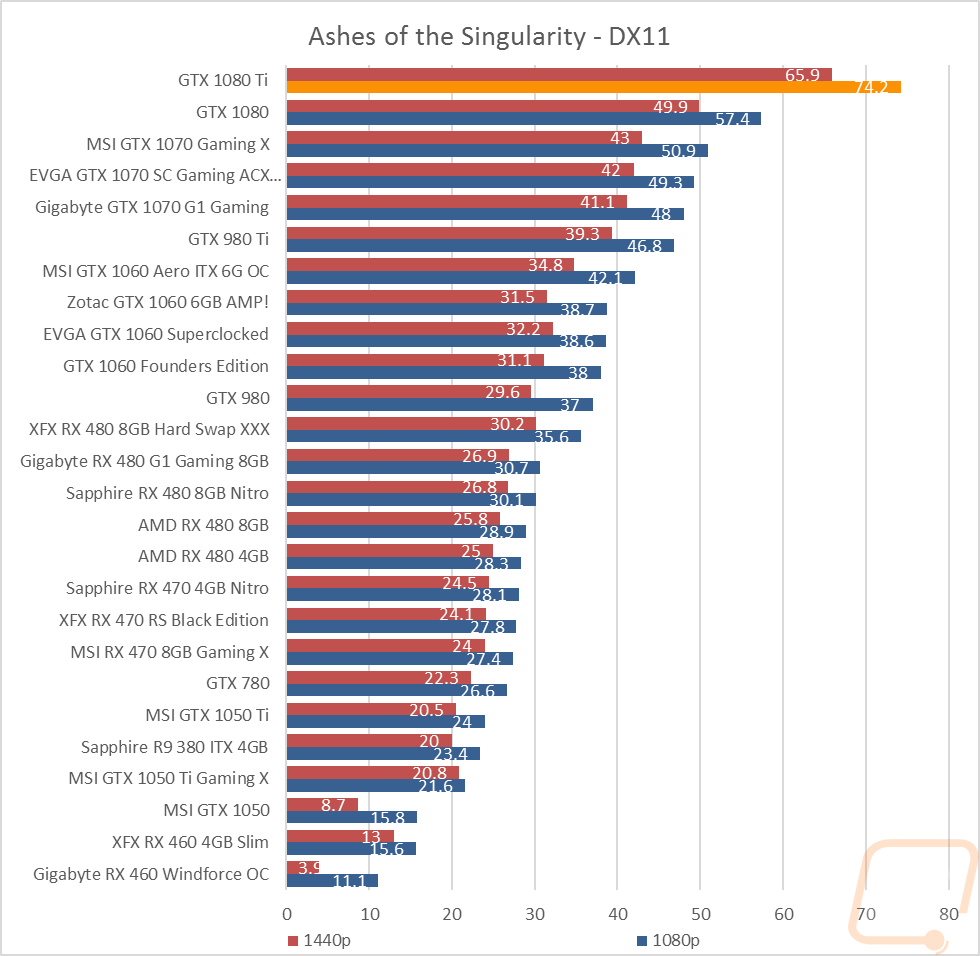 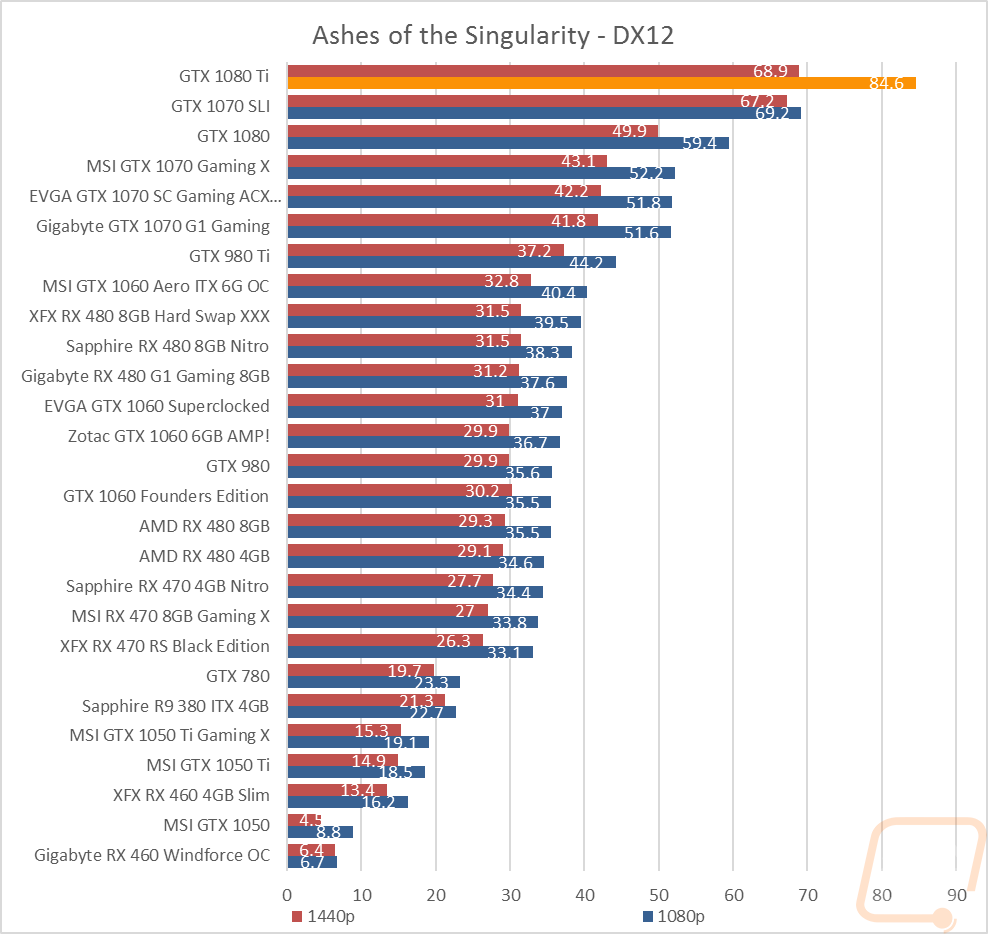 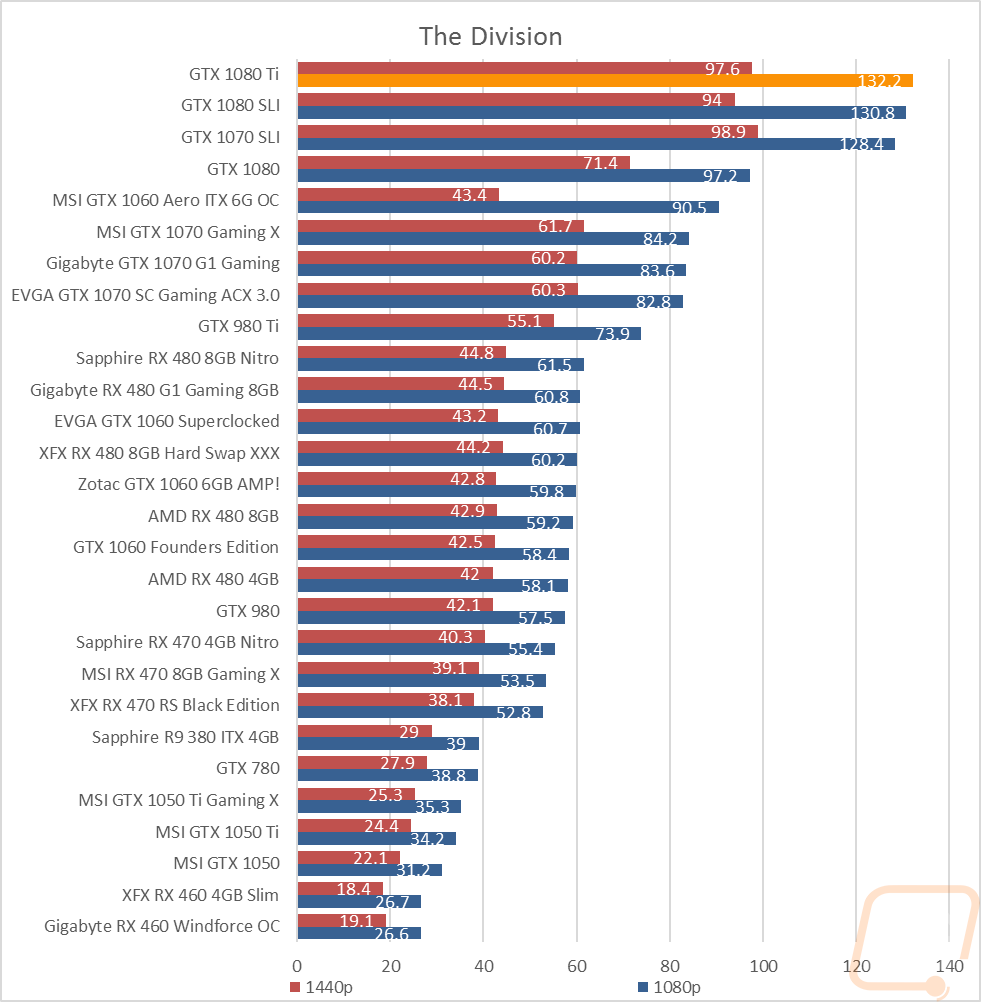 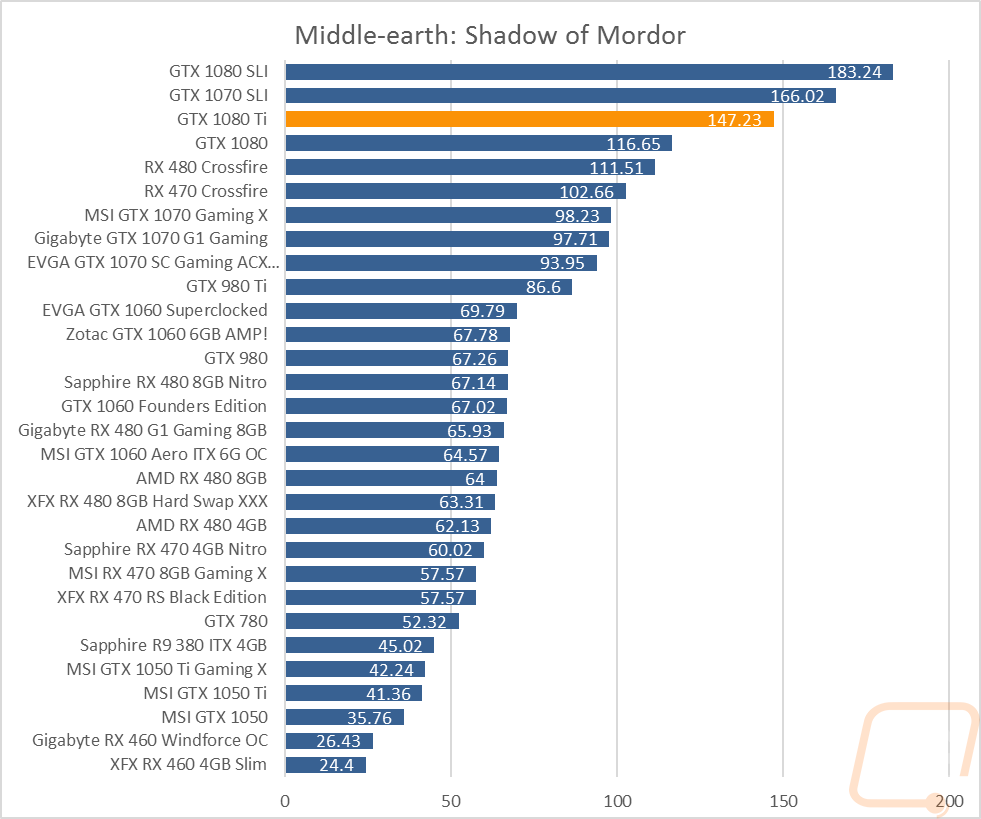 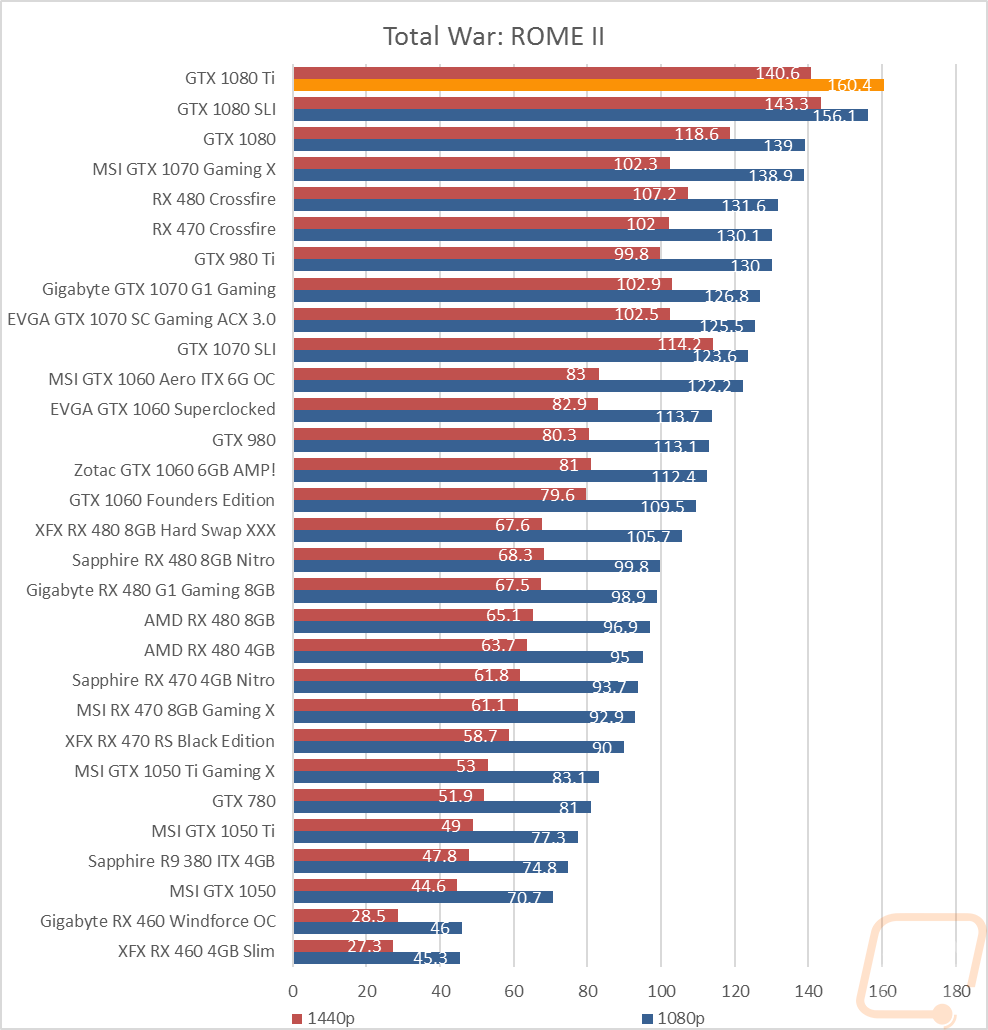 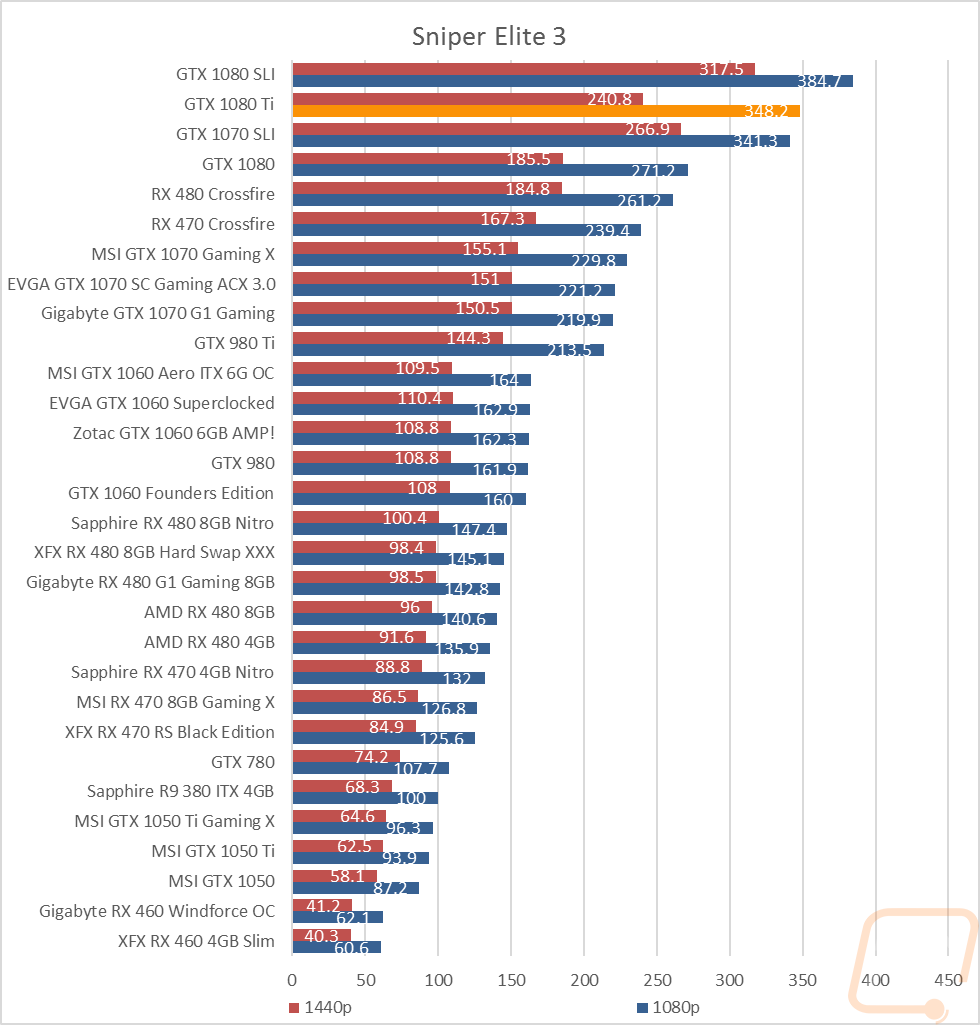 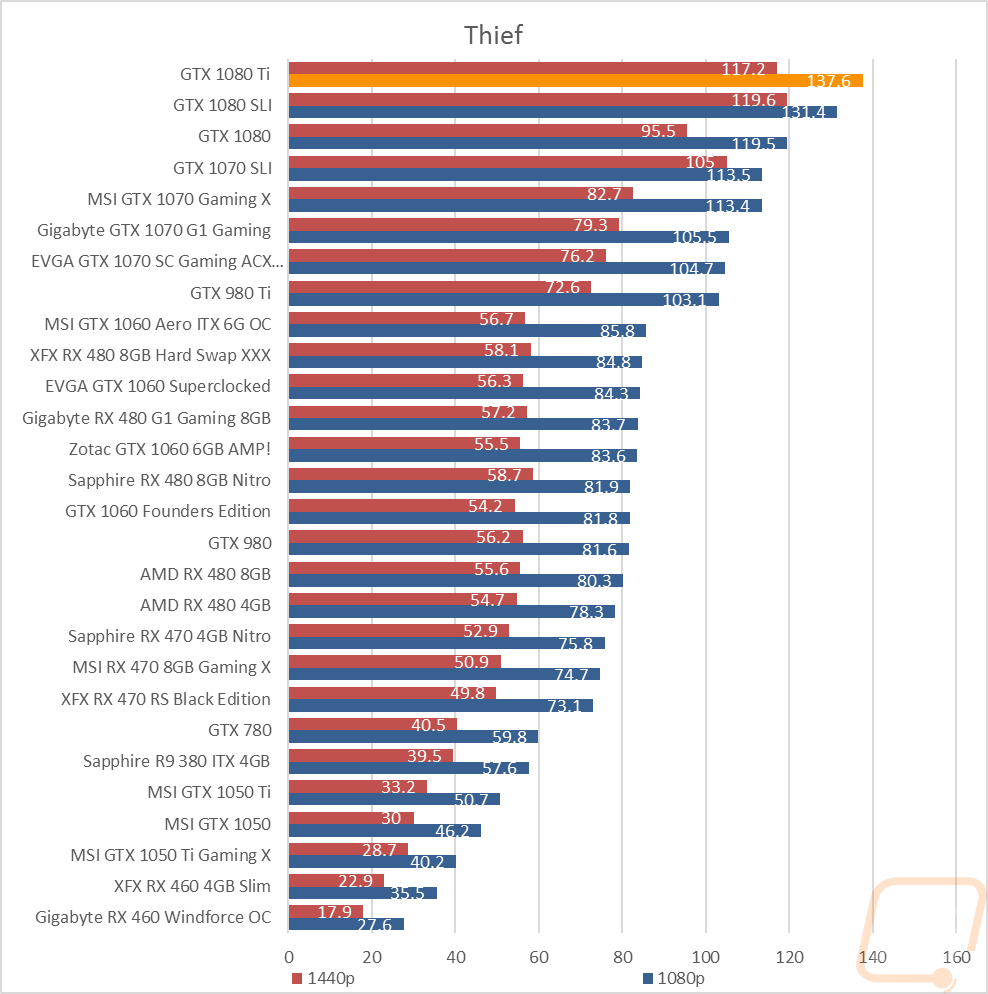 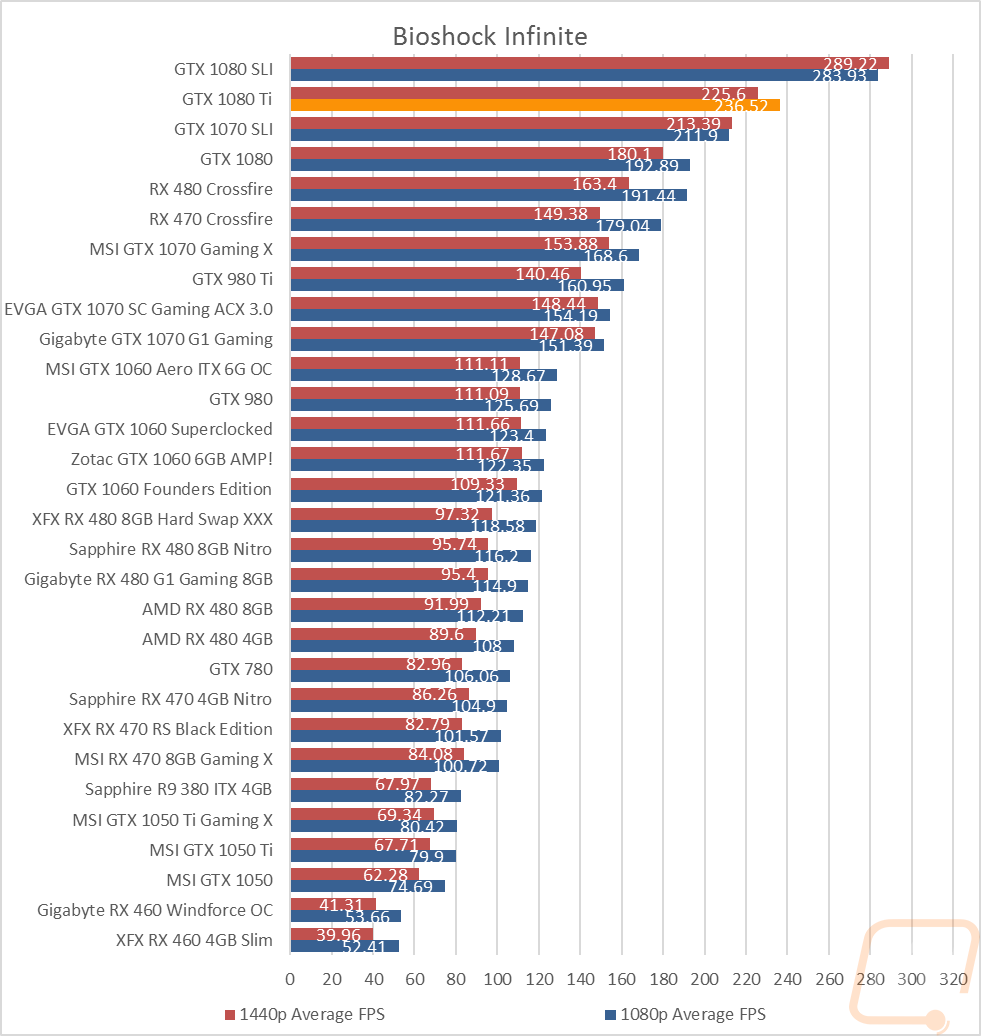 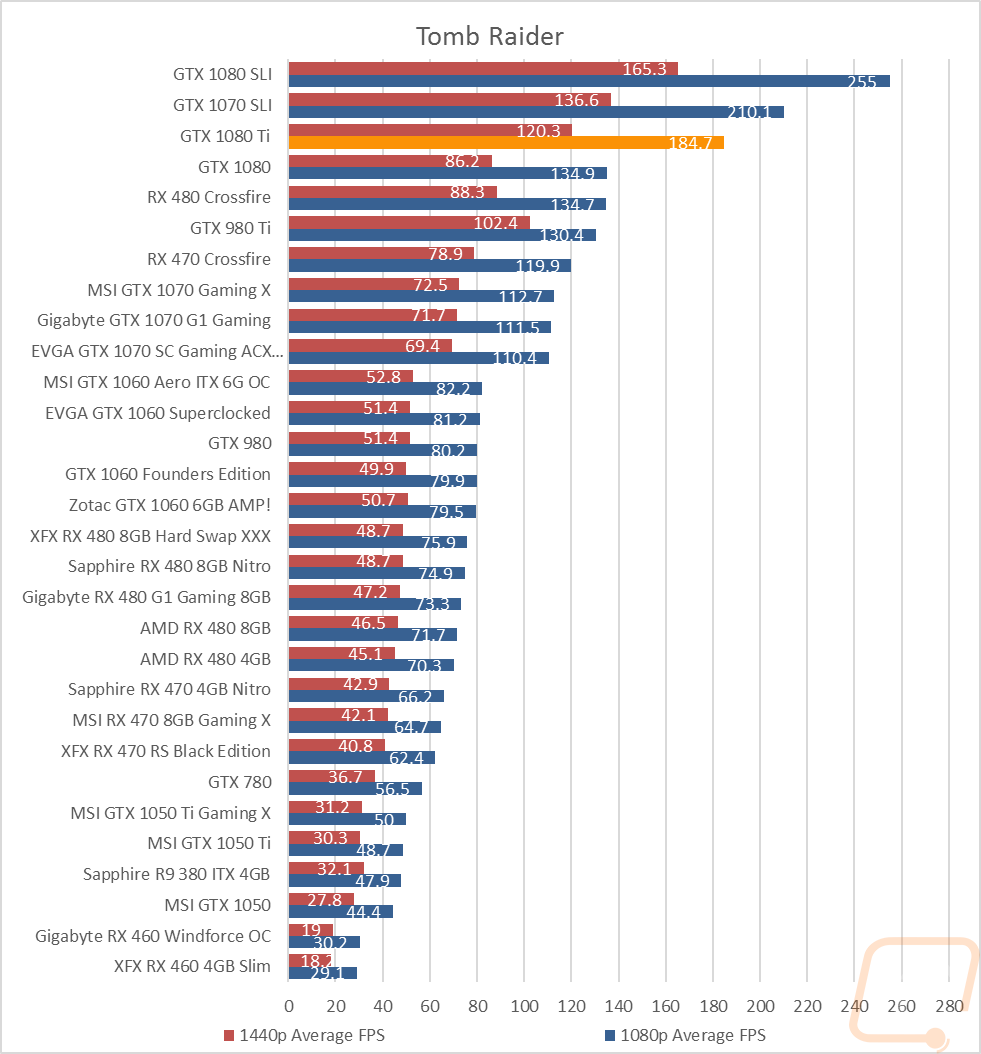 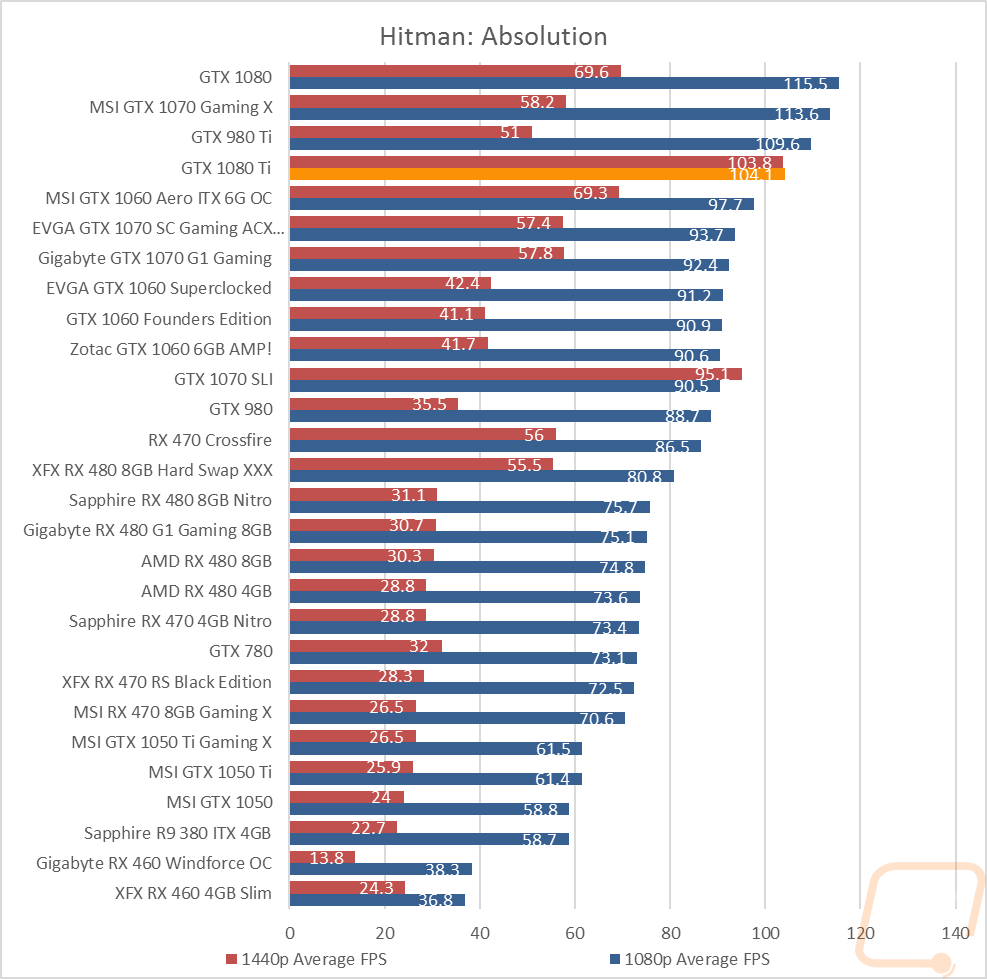 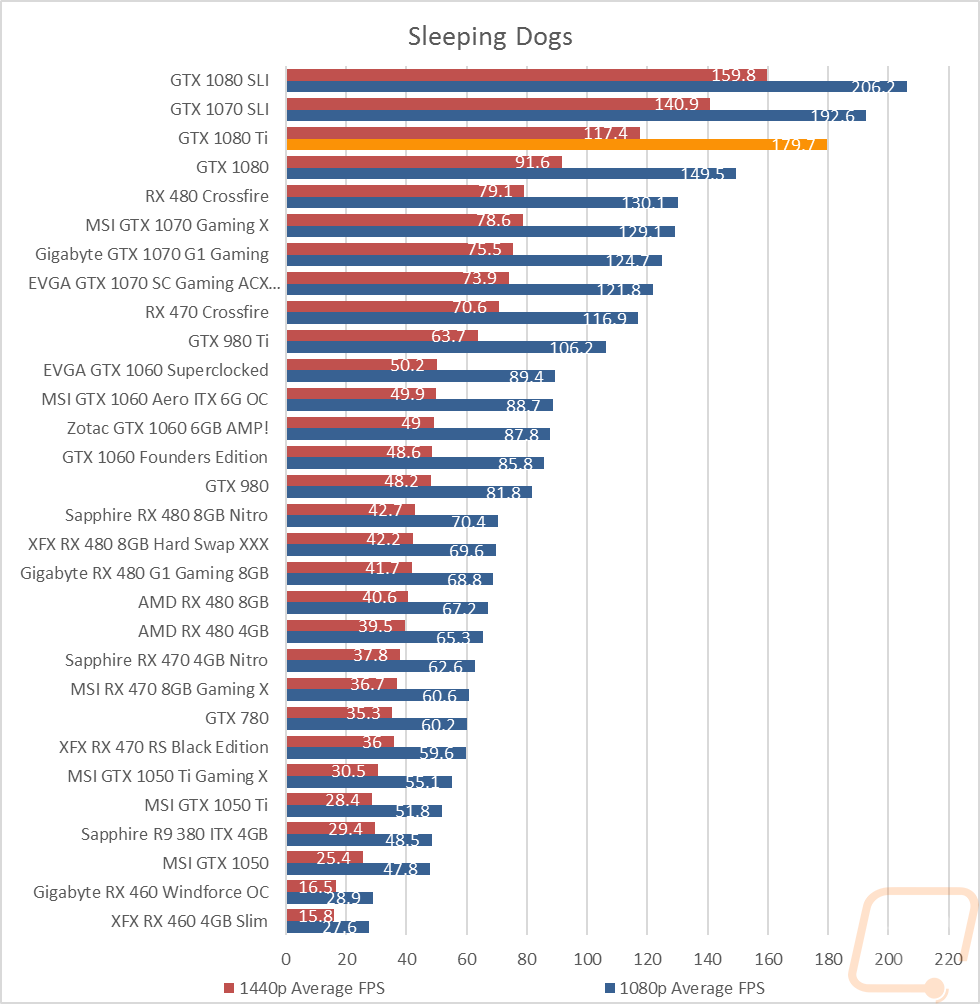