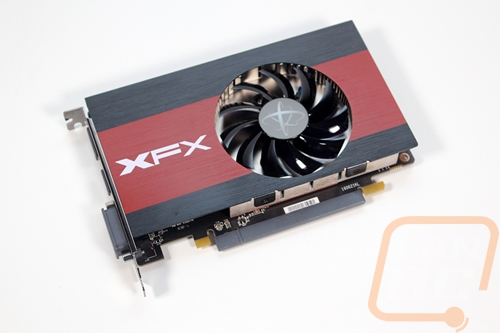 As usual, the results for the second RX 460 to come into the office aren’t far off from the other RX 460. The extra vRAM helped in a few situations but it always comes down to things like noise and cooling performance. For my first test, I took a look at overall power usage and was a little surprised that the Slim pulled more juice than the Gigabyte. Still, the power usage for an entire system at 159 is still very low when figuring in the 8 core CPU and everything else. 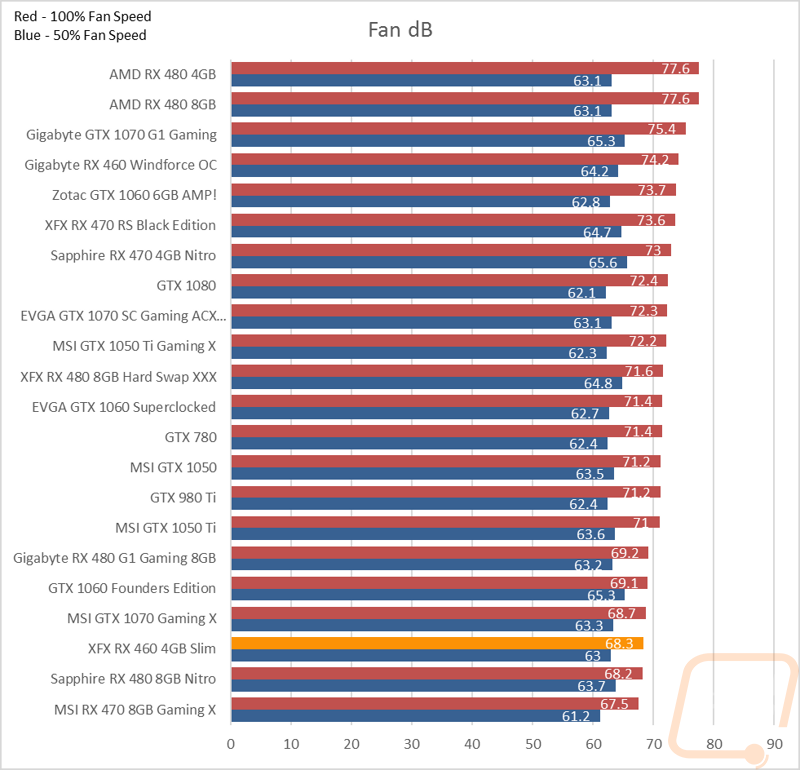 Next, I tested fan noise using a decibel meter a foot away from our test bench. This is going to be louder than with the card in a PC 3-4 feet away from you, but it does give me a good comparison point. The single 80mm fan in the Slim was surprisingly quiet. I expected it to have to run at high RPMs to keep things cool in the smaller form factor but it ended up being near the bottom of our charts.

For the last test, I took a look at overall cooling performance. To do this I ran the RX 460 Slim in Valley Benchmark on loop and documented the highest temperature. I did this with stock fan settings to see how the card will perform out of the box then again at 100% fan speed to get an idea of the cooling performance that the card is capable of when sound isn’t an issue. The single slot cooler ended up in the middle of the pack on both results. This wasn’t far from the Gigabyte 460 at stock settings, but the Gigabyte pulled away when the fan speed was turned up. This isn’t a huge surprise, the single slot card keeps the card cool but doesn’t have the same cooling headroom of a dual slot card. 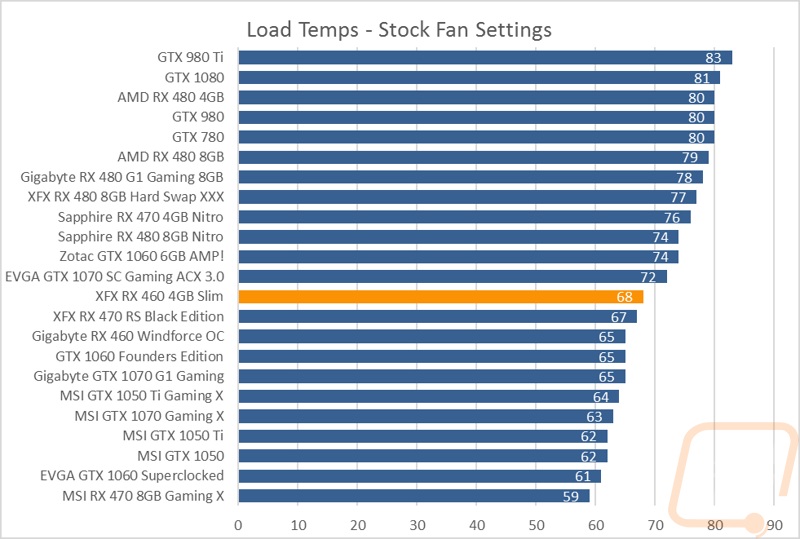 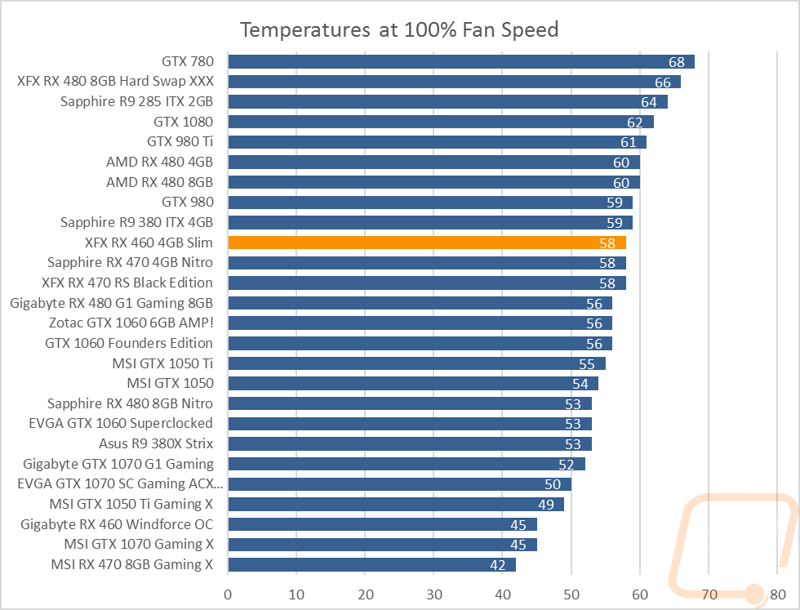