Like always, on top of all of our traditional tests I also slip in a few Compute benchmarks. It doesn’t apply to everyone, but there are always a few people who want to see the result. Plus this gives you a good idea of performance in non-gaming applications. To start, I test using Folding at Home in both its single and double precision benchmarks. In the single precision benchmark, I was very impressed with the performance jump the 480 has gotten. You can see the XFX is up well above the heavily overclocked Sapphire card as well as the Gigabyte. It still wasn’t enough to overtake the GTX 1060, but it’s a lot closer now. In the double precision testing, though, Nvidia has gimped its cards here so the RX 480 has always done well. But there was another jump in performance, putting it even closer to the performance of the GTX 1080. 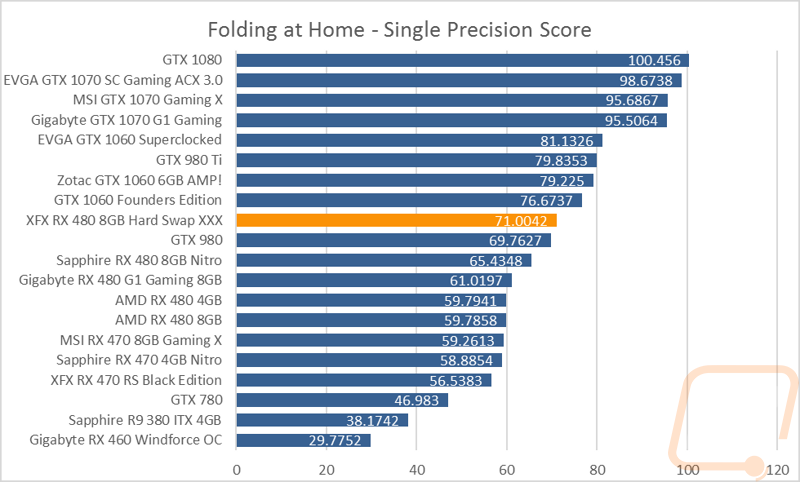 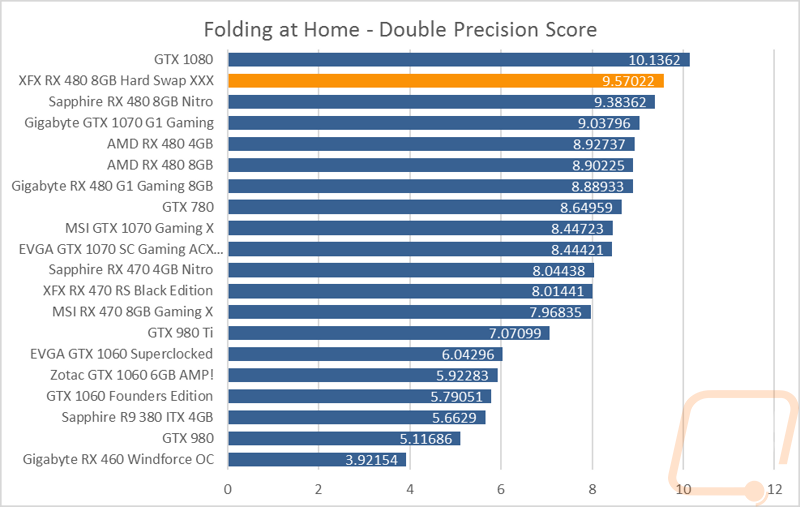 Next, I tested in CompubenchCL, focusing on Bitcoin and video composition results as they are both things a lot of people will use their video cards for. In the video composition testing the updated drivers made a huge jump of 30 FPS. This put the RX 480 up above the GTX 1080 and the GTX 1070. If I hadn’t tested multiple times, I wouldn’t believe it. The Bitcoin results also saw a smaller bump but nothing like the other. The top Nvidia cards still rule this chart, but the RX 460 does outperform the GTX 1060’s by a large margin making it the best bang for the buck. 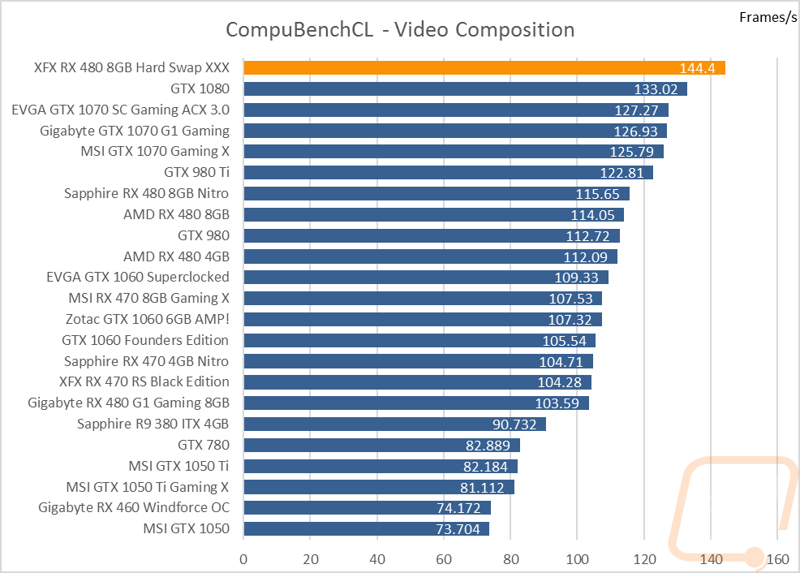 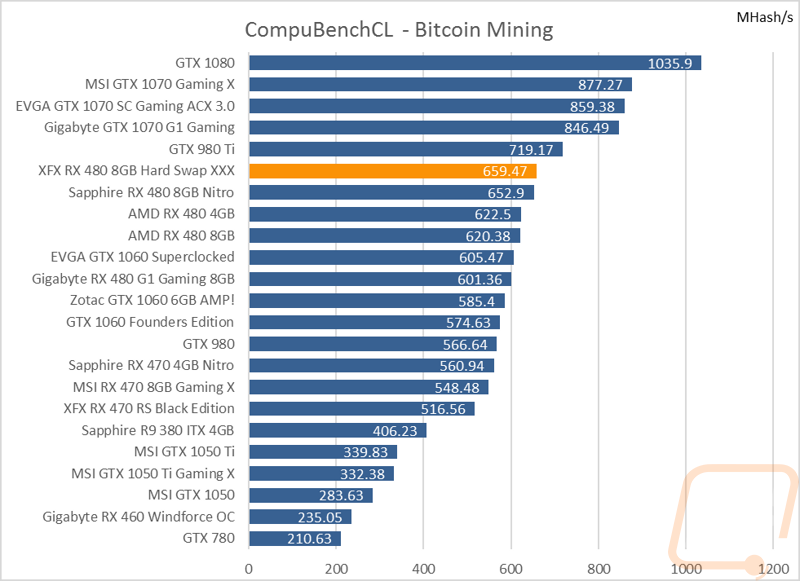