Okay before jumping into testing I did want to see where the XFX RX 480 I’m testing today stands for clock speeds compared to the past RX 480’s tested. This way we can get a better idea of how much the newer drivers help as well.

So the XFX is very close to the Gigabyte card I tested in November and also not too far from the reference card. With that in mind, I jumped into testing, starting with 3DMark using the Fire Strike benchmarks across three resolutions and the newer Time Spy benchmark as well. In Fire Strike, I found that the XFX 480 came in well above the reference RX 480 and even above the Gigabyte with its slightly higher clock speed. This was enough to push past the reference GTX 1060 in all but the 4k test. In Time Spy, however, the XFX didn’t overtake the GTX 1060, but the gap was much smaller. So the first indication is that the drivers have improved enough to beat the GTX 1060 in some situations. 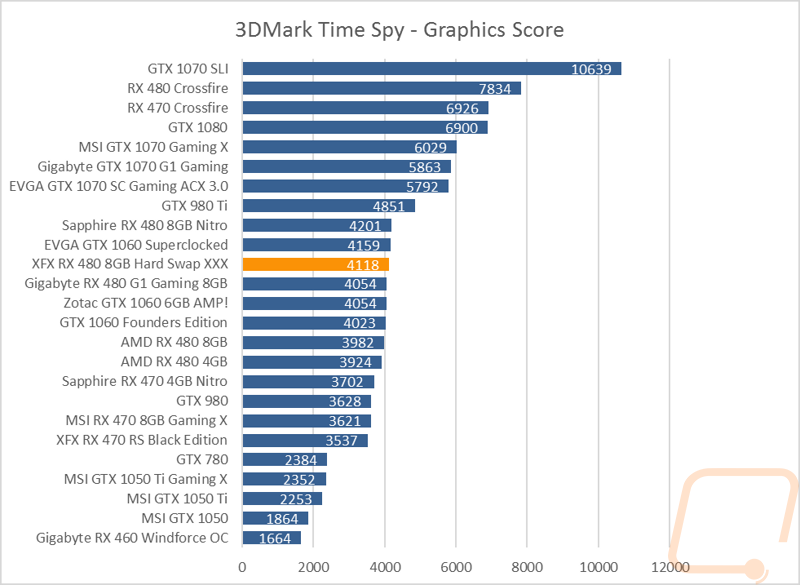 My next test was Valley Benchmark but this test didn’t really tell us much new. The XFX was once again ahead of the Gigabyte but below the Sapphire. But all of the RX 480’s are well below the 1060 in this test. 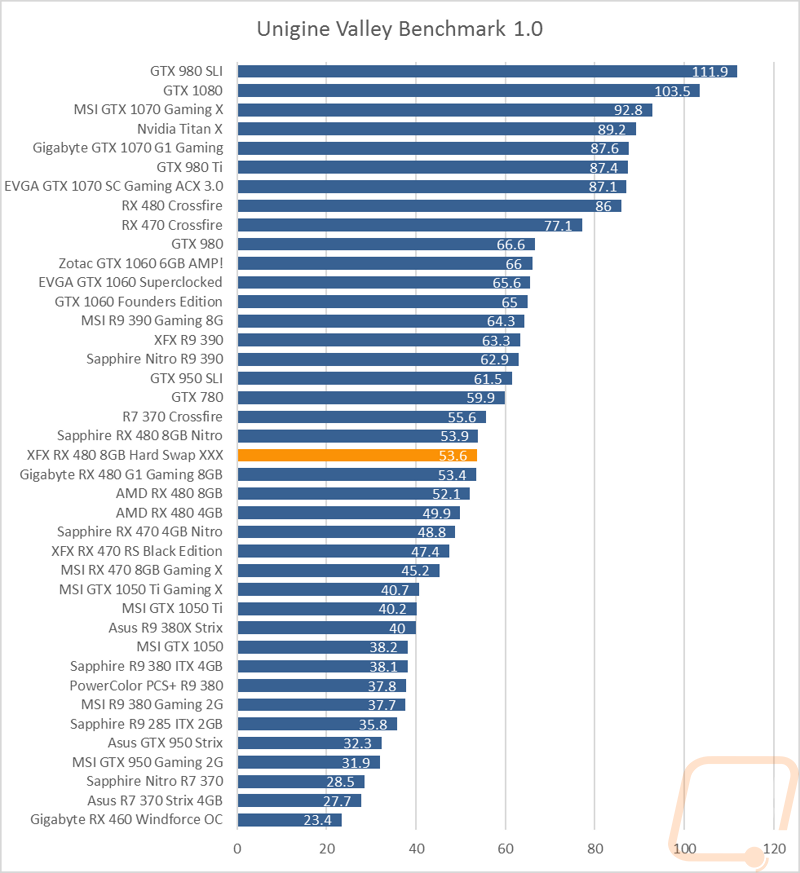 Next, in Catzilla I tested at 1080p, 1440p, and 4k and here we did see a big bump. The XFX with the newer driver came in ahead of the highly overclocked Sapphire card on the older drivers. That said the gap between the GTX 1060 and the RX 480 is really big on this test. About 2500 points to be more specific. 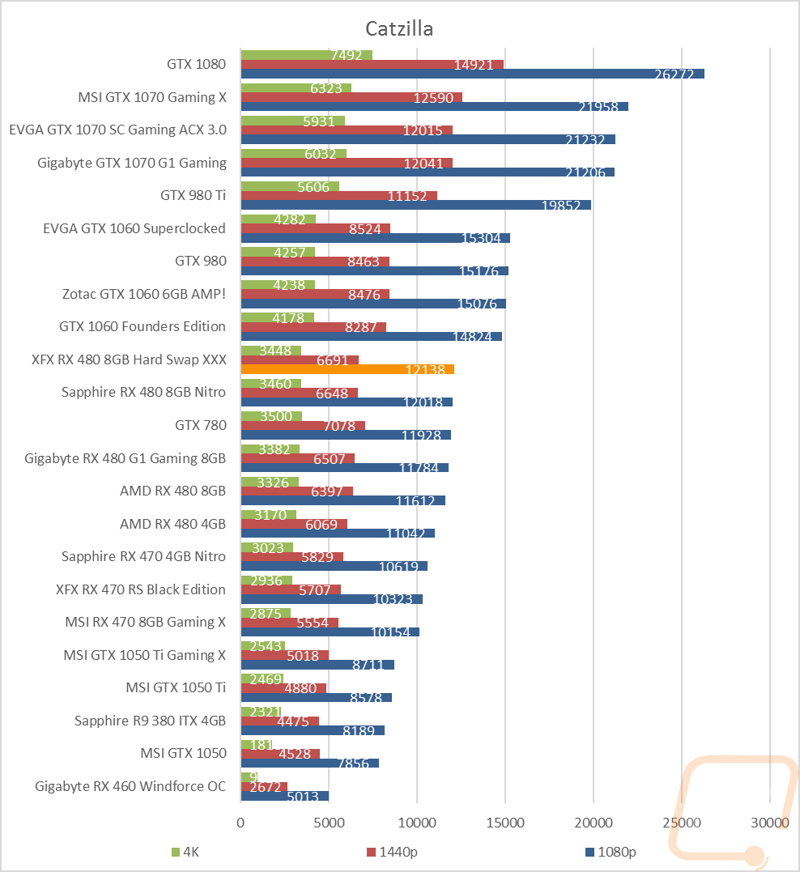 Next, I wanted to check out the VR performance, especially with AMD promoting the RX 480 as a premium VR experience. The XFX 480 came in with a 7, so just below the Sapphire card and above the Gigabyte once again. I also included VRMark results even though I haven’t tested any other cards for comparison just yet. The orange room is your typical VR experience and the 48 did well. The blue room test, on the other hand, is more a future looking benchmark that shows what VR expectations will be in the future and the 480 came in well below the expected FPS on that test. 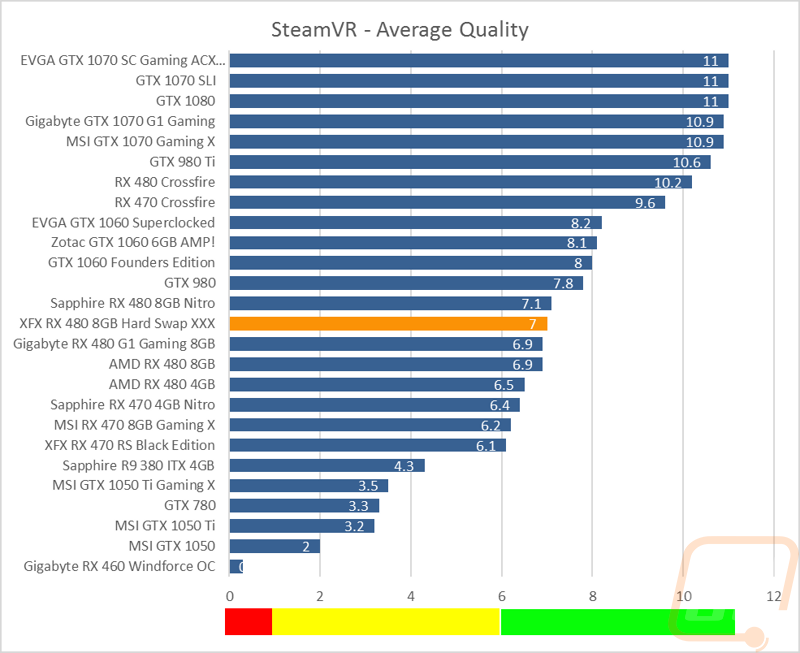 We have 991 guests and one member online