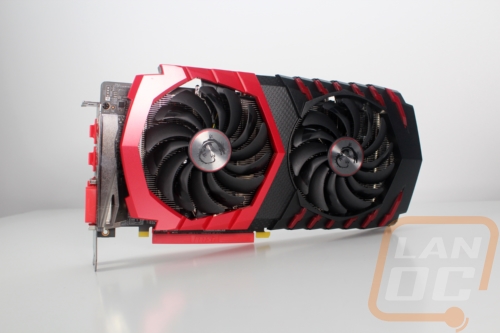 Now that we have an idea of how the cards stand compared to each other, it’s finally time to get down to the in-game performance numbers. To do that I ran through our entire in-game benchmark test suite. The suite has 12 different games tested at both 1080p and 1440p at their highest settings. Three of the games are also tested in more than one configuration to see the difference between DX11 and DX12 performance or in the case of the most recent addition, DOOM I test out both OpenGL and Vulkan performance. The problem is, with so many results it can be a little too much to take in. To help with that I have condensed our results into two graphs, one for 1080p and the other for 1440p. All of our games are run at their max settings and we use the average FPS as the end result. The graphs below are broken down into three FPS ranges to represent unplayable (below 30), playable but not ideal (30 to 60), and ideal (over 60 FPS). So what did I find from those results?

Well at 1080p the RX 470 Gaming X 8GB can play basically anything you throw at it at the highest settings. 11 of the games tested were in the 60+ range and all but one were playable. The single outlier was the normal Ashes of the Singularity result that is almost always down there. This puts the MSI right with the Sapphire 470 as far as results go. The XFX had one more in the 30-60 range than the other two RX 470’s but was close as well.

At 1440p, the RX 470 was never really designed to game at this resolution but I still wanted to test It out. What I found was that the card could still play most everything, but there was, of course, a big shift down from everything being 60+ down into the playable but not perfect range. So if you want to game at this resolution with the RX 470 Gaming X 8GB you should plan on turning the settings down slightly from the ultra-settings I test with to stay in the 60+ range.

As always I also include all of the detailed results down below for those of you (like me) who want to see the exact results. Almost across the board in all of the tests, the Sapphire did come out ahead due to its higher clock speed in combination with its high power profile. The XFX, on the other hand, came in lower across the board even though it does have a higher clock speed. This also happens in all of the games tested at 1440p as well, the 8GB frame buffer does give a slight edge but not enough to be the fastest RX 470 tested. Beyond that, there aren’t any big shockers. The DX12 performance of the RX 470 Gaming X 8GB is great just like the other AMD cards. Vulkan testing in Doom is, even more, mind blowing. The RX 480 with a 4GB vRAM does still outperform the RX 470 with 8GB in all of the tests as well. 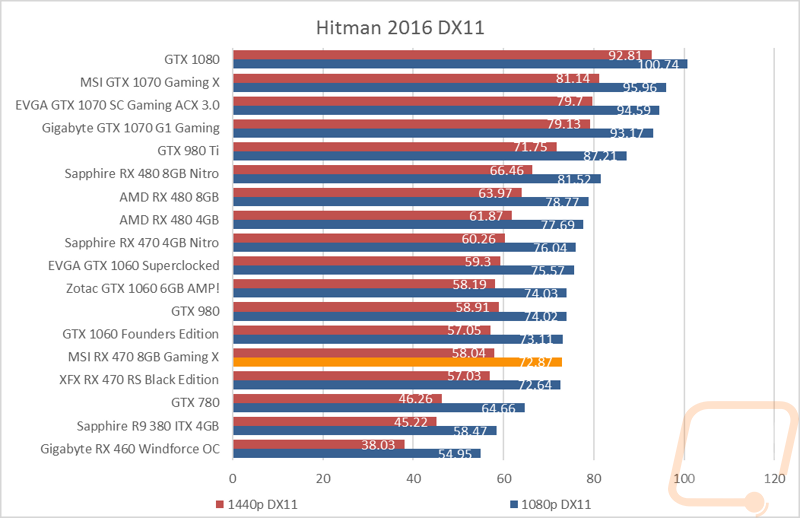 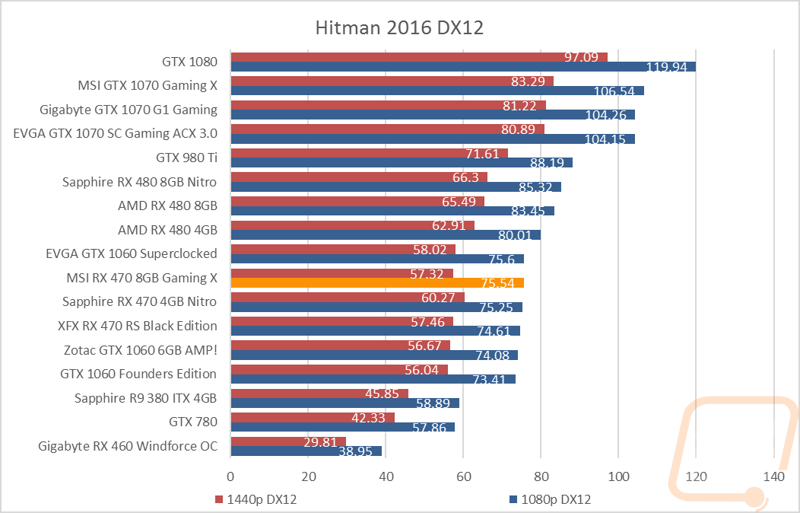 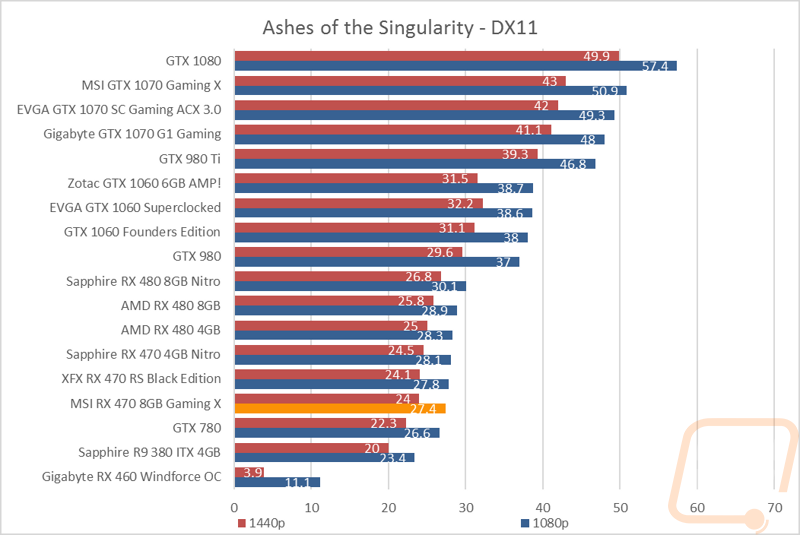 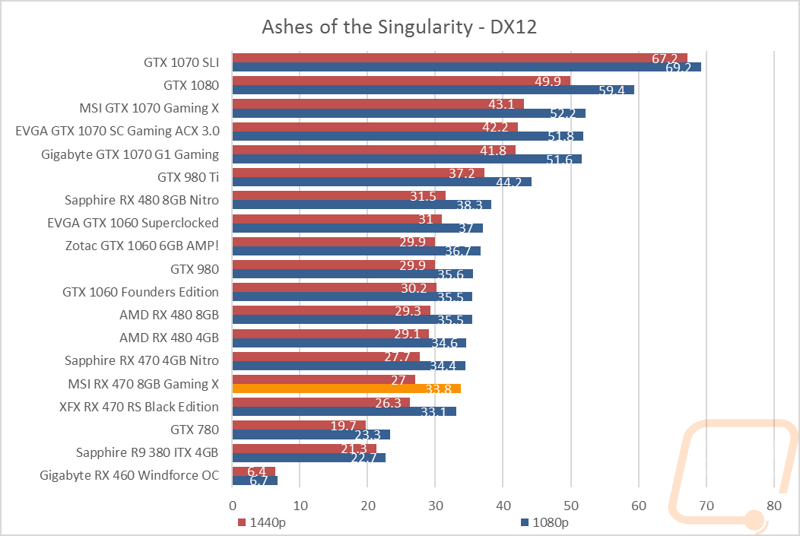 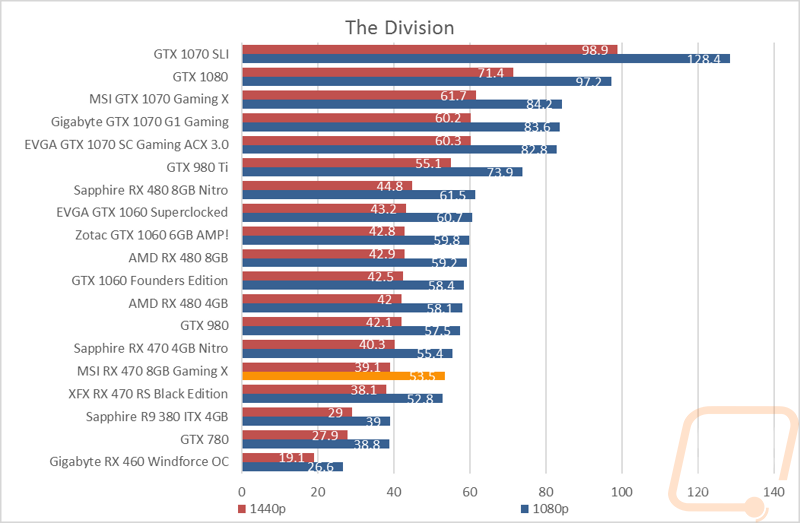 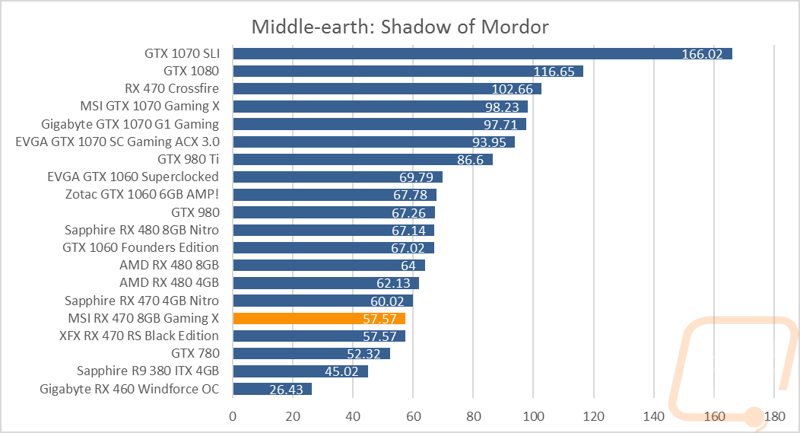 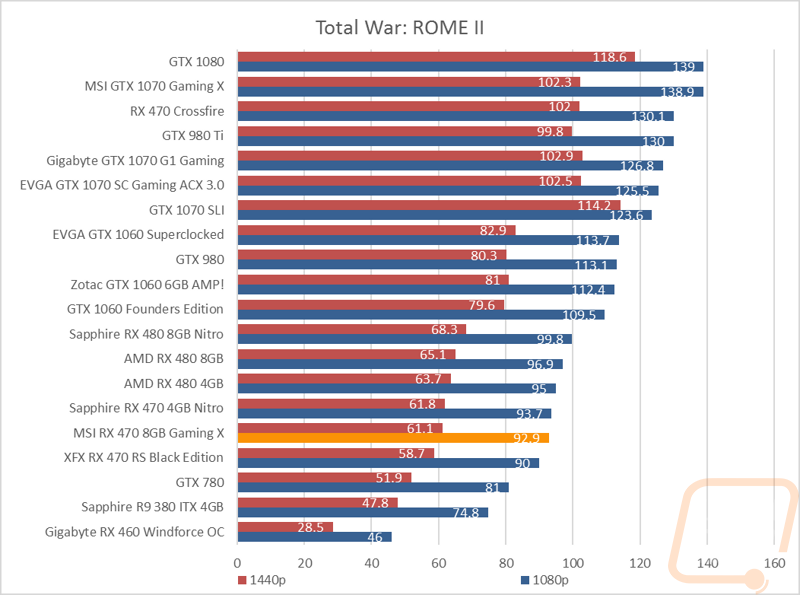 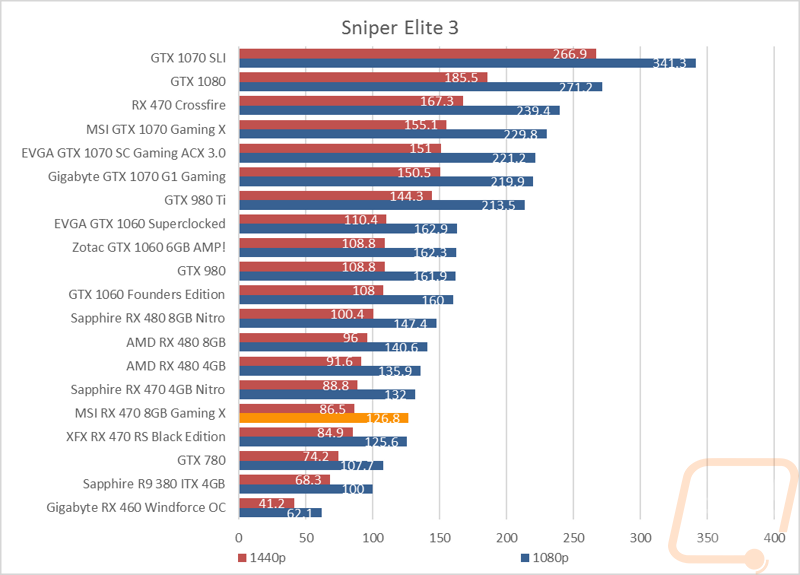 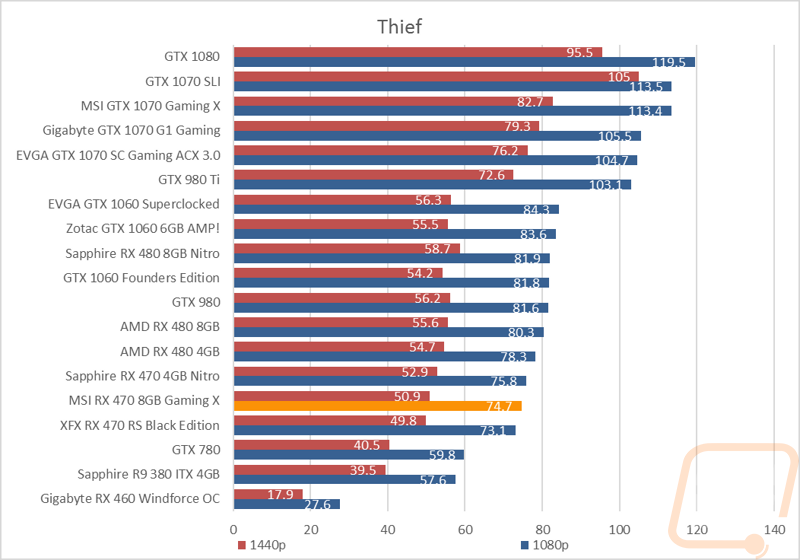 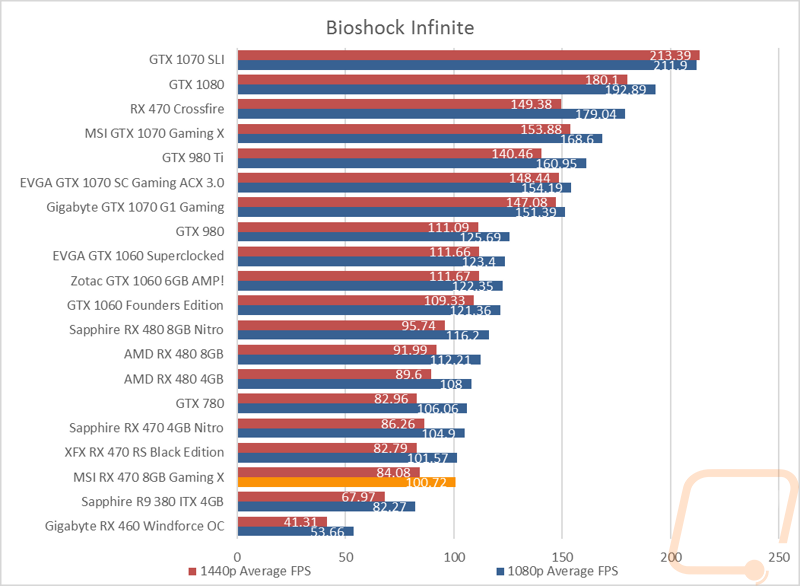 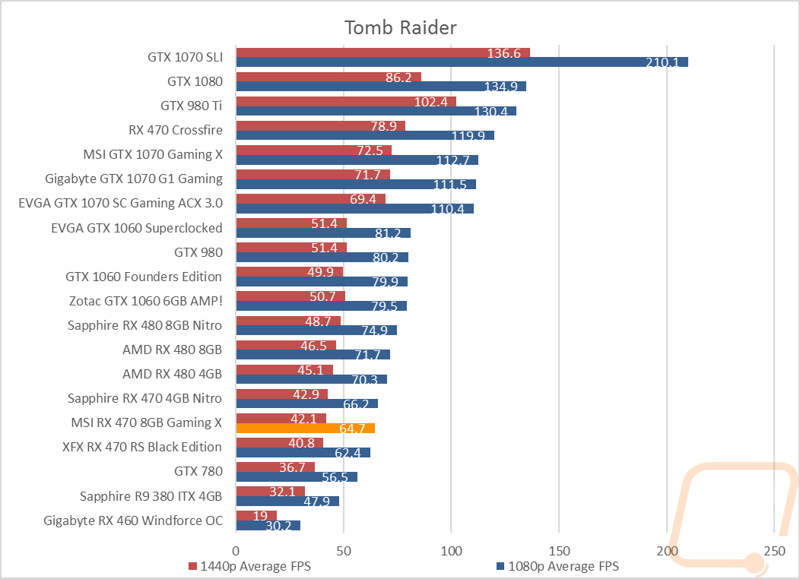 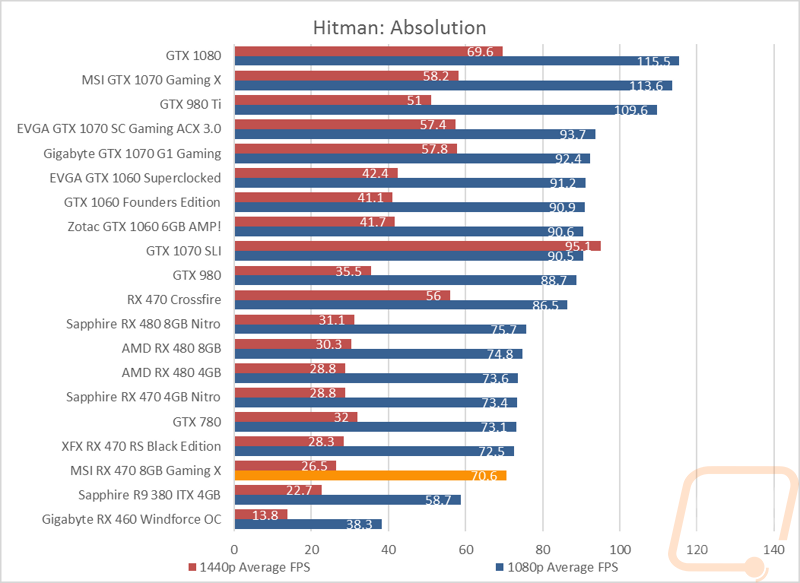 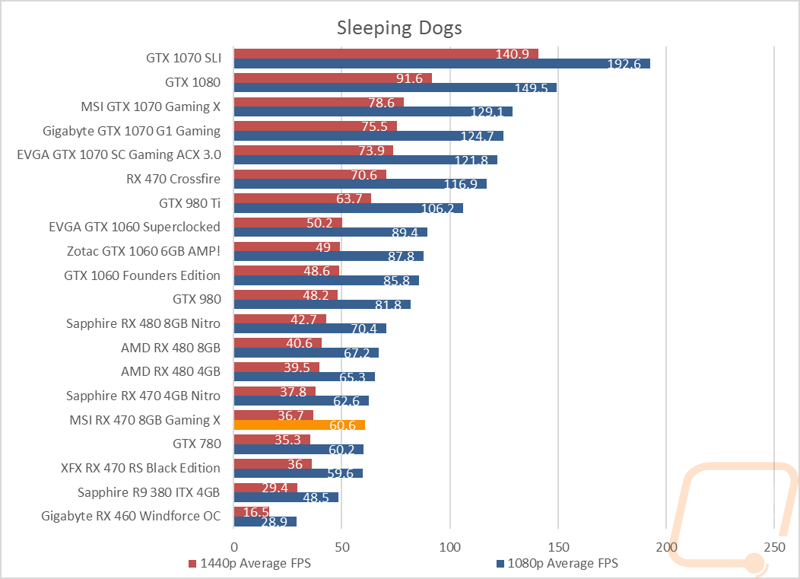 We have 717 guests and no members online