To start off my testing, like always, I start with a few select synthetic benchmarks. These tests don’t typically give us an exactly look at the performance we should expect in game, but they do provide consistent results that are great for comparing from card to card. This is especially true with 3DMark, our first tests. Here I test using the Fire Strike benchmark in three different settings that represent 1080, 1440p, and 4k. In that test, I was especially curious how the 480 Nitro would compare to the reference 480 as well as the different GTX 1060’s that I have tested in the past. In the performance setting (1080p), the 480 nitro pulled ahead of the reference 480 by 800 points. This also put it up over the reference GTX 1060. The extreme setting and ultra settings showed a similar result as well with the exception of the extreme result from the 1060 being a touch faster.

In Time Spy, the DX12 benchmark the 480 nitro pulled ahead even more, this time outperforming all of the aftermarket GTX 1060’s tested as well as the 480 reference card. 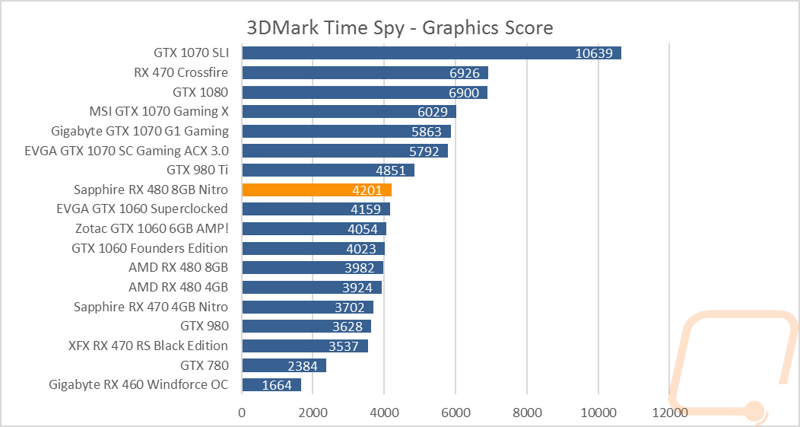 In Unigine’s Valley Benchmark we actually get an FPS result but this test typically favors Nvidia slightly. So in this test the 1060 Founders Edition was up 9 FPS. That said the 480 nitro did still show almost 2 FPS performance increase over the reference RX 480. 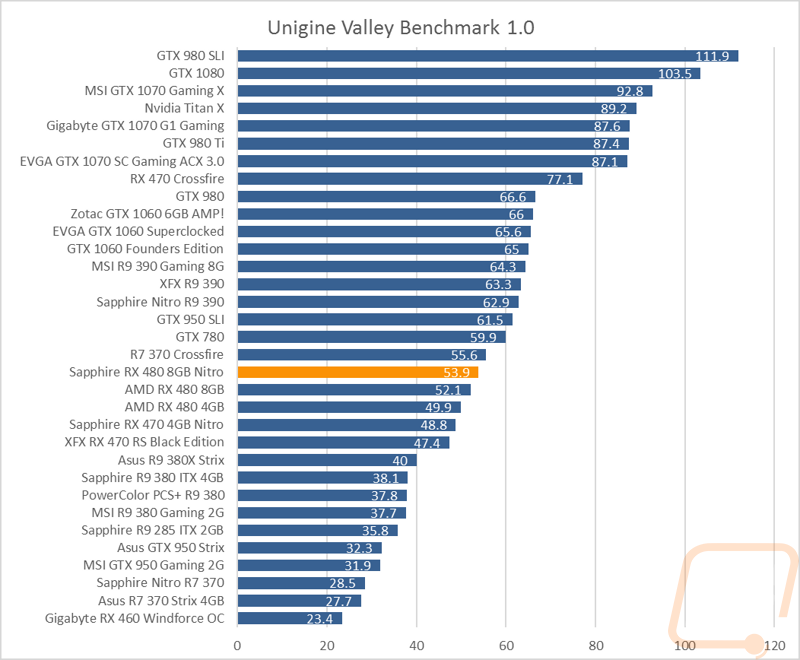 In Catzilla I once again test at the three main resolutions and here the 480 Nitro gets a nice bump over the reference RX 480 but it isn’t enough to get it close to the GTX 1060’s that are grouped up right above it. 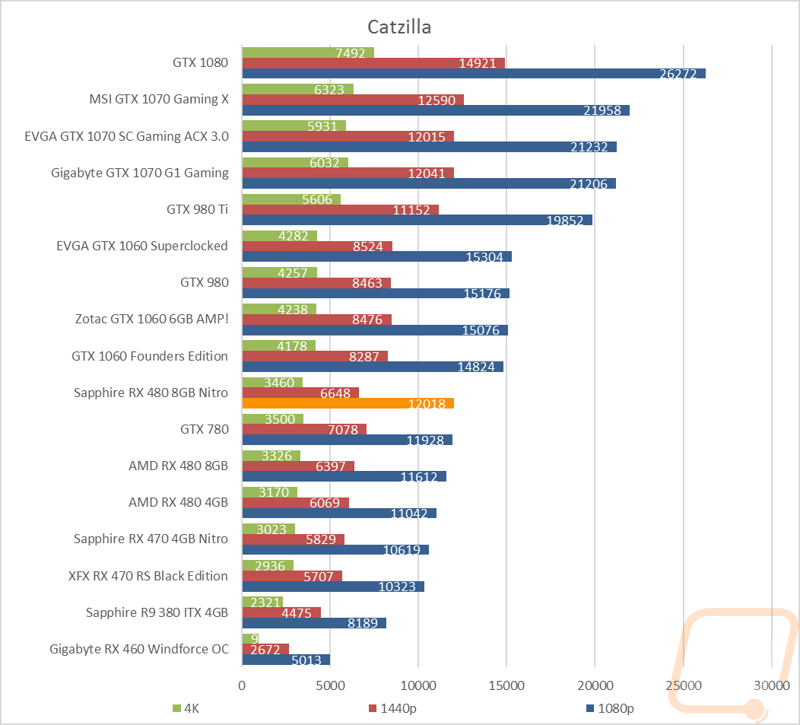 For our last synthetic benchmark, I ran the RX 480 Nitro through the SteamVR benchmark. This gives us an idea of the VR performance of the card using steams 1-11 scale and their red yellow and green ratings. Here the Nitro gains .2 over the reference RX 480 keeping it in the green good VR performance range. 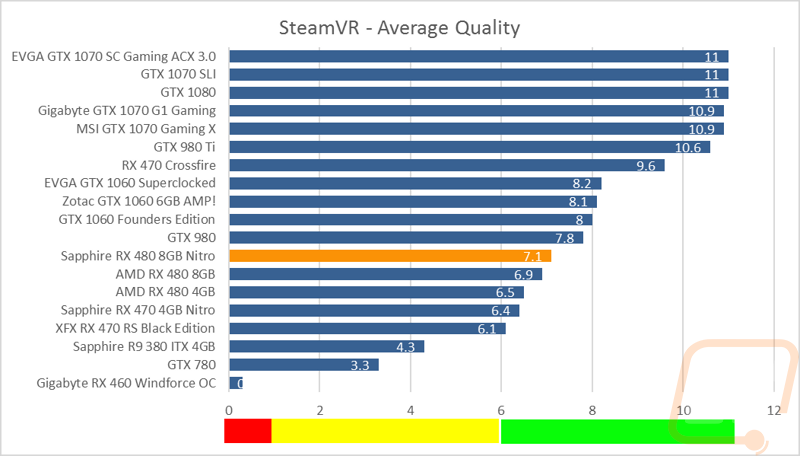 We have 1110 guests and no members online