As always it’s the in-game performance that I’m most concerned about. So I ran the RX 460 through our full in-game benchmark suite. This is testing the card at both 1080p and 1440p in a wide variety of games with each game turned all the way up to its highest quality preset. In other words, this is a worst case for most games. I went into this knowing the RX 460 wasn’t designed at all for the 1440p resolution and even at 1080p it's really only designed for the e-sports focused games that aren’t as demanding graphically. That said let's take a look at the results. At 1080p the RX 460 only had one game in the 60+ sweet spot but overall half of the games tested were still more than playable. This fits what AMD has marketed the card as. At 1440p the only surprise was the RX 460 was able to be playable in three of the games tested.

All in all, we have to take a closer look at the individual results to really get a better idea of what's going on. I found that games like Doom and Ashes of the Singularity that are always demanding weren’t playable at all. Those two up four of the 7 unplayable results. The Doom result was especially interesting to me because we know that typically playing using Vulkan in Doom helps AMD cards a LOT but the RX 460 actually dropped in performance. **Edit- retesting later actually did show an improvement, 30 in 1080p and 23 in 1440p. So Vulkan Doom at 1080p is actually in the playable range** Most of our slightly older test games were the games that were very playable. What this tells me is that the RX 460 can still handle any of today's modern games, but you are going to have to bump the settings down a little from the Ultra settings we are testing at. The 2GB vRAM is especially holding the card back here. The gap between the RX 460 and the RX 470 is the most surprising thing, though, it really feels like there should be a card or two between them, especially with the RX 470 4 and 8 gig models coming in above some of the 4 GB RX 480 cards. 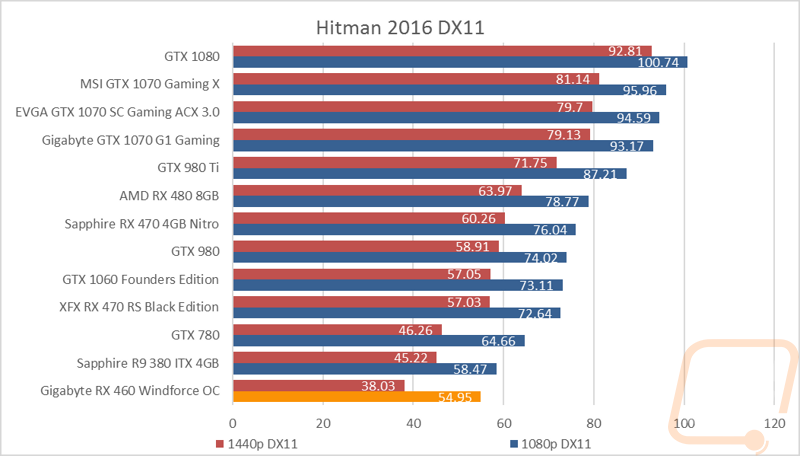 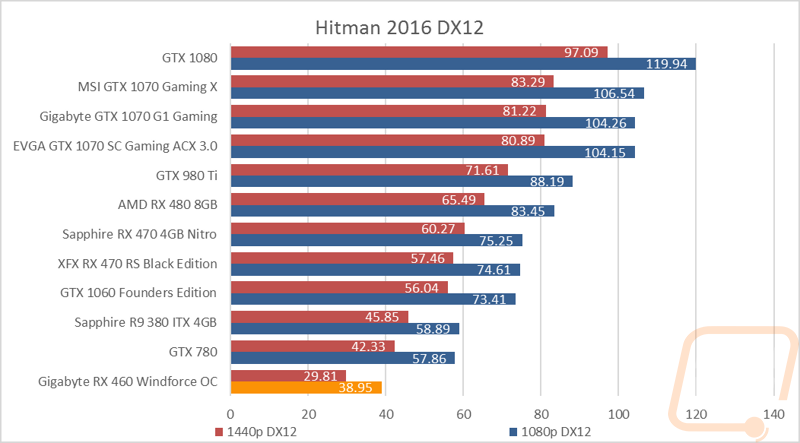 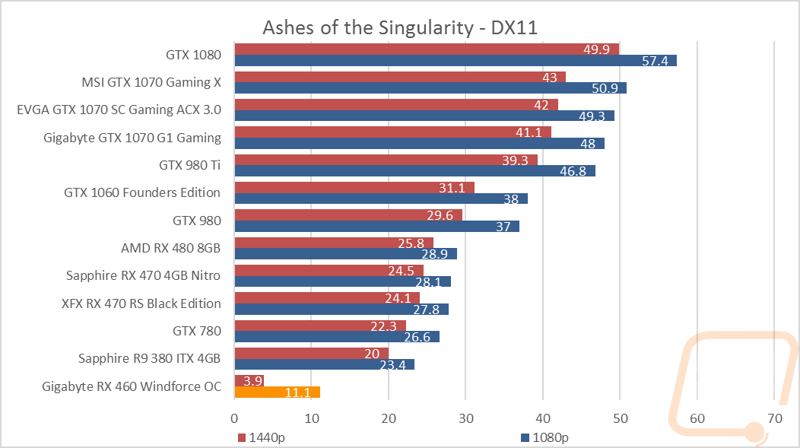 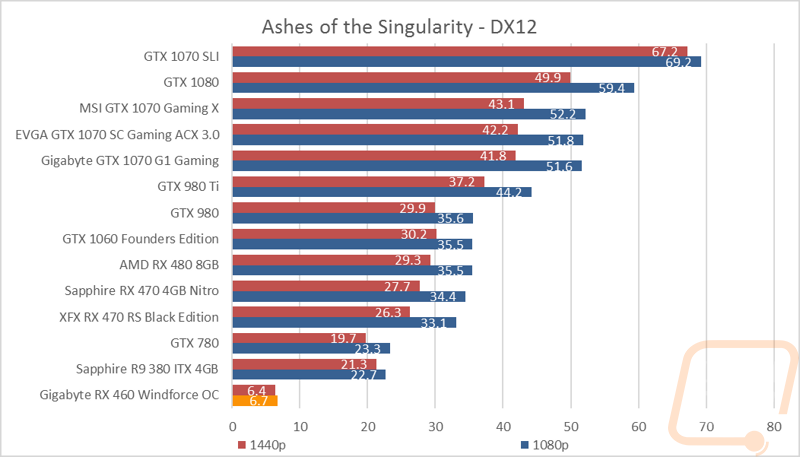 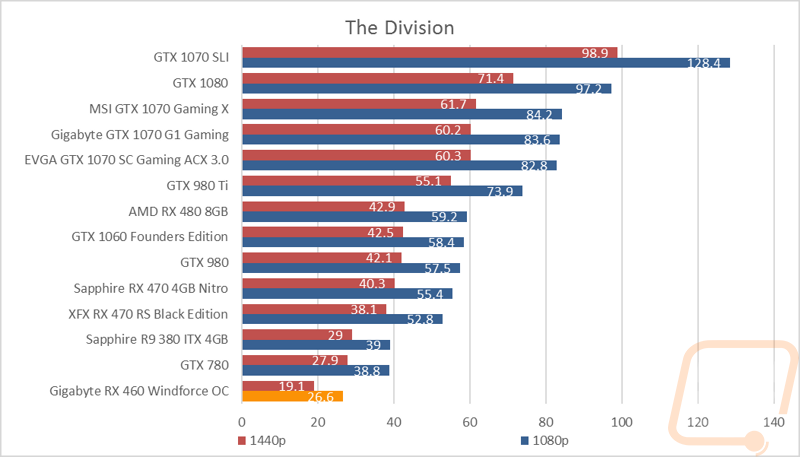 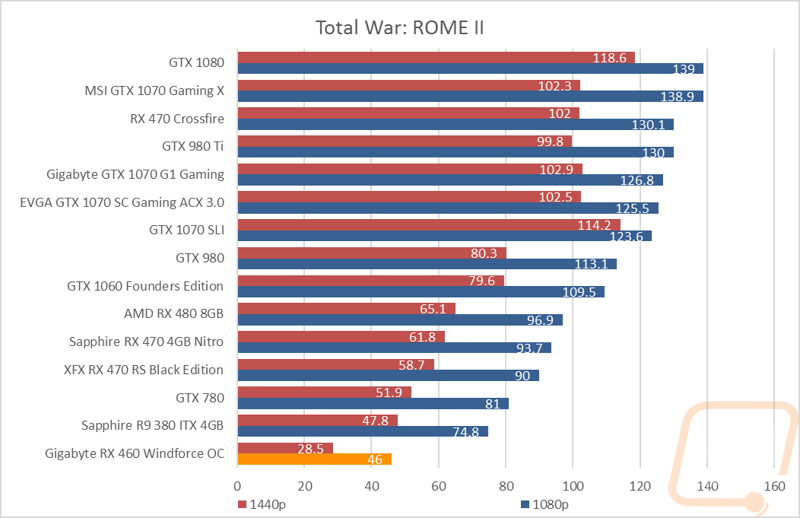 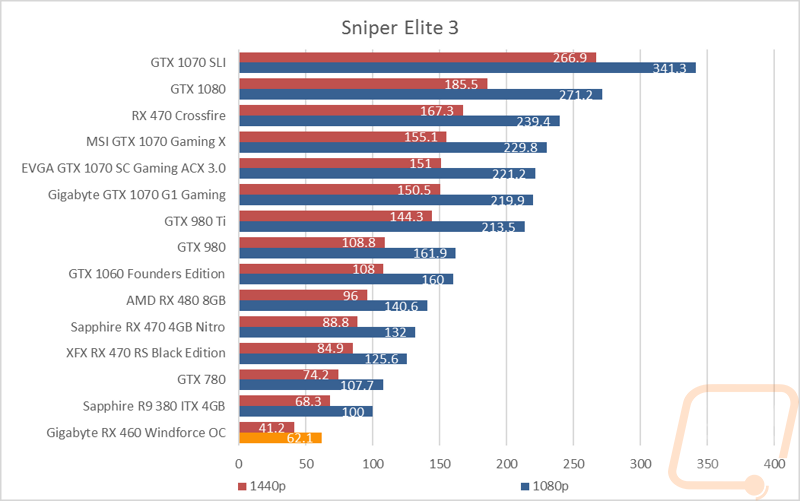 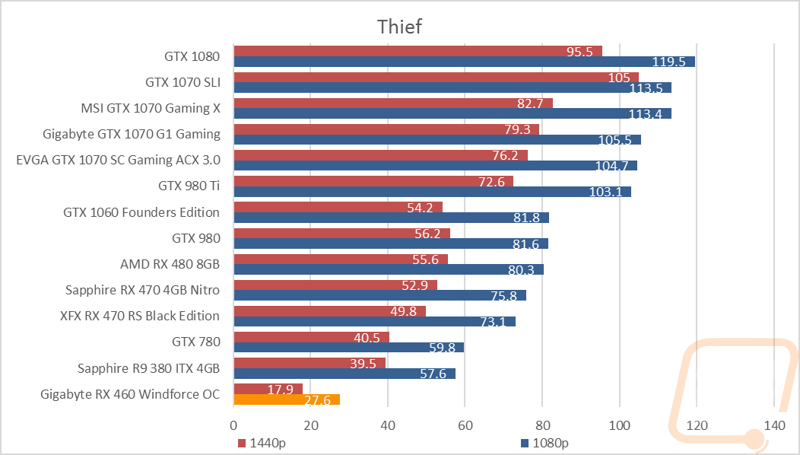 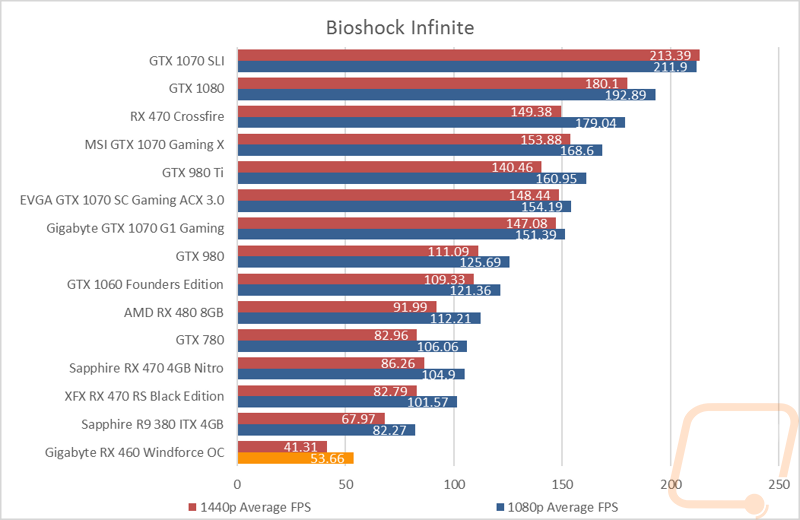 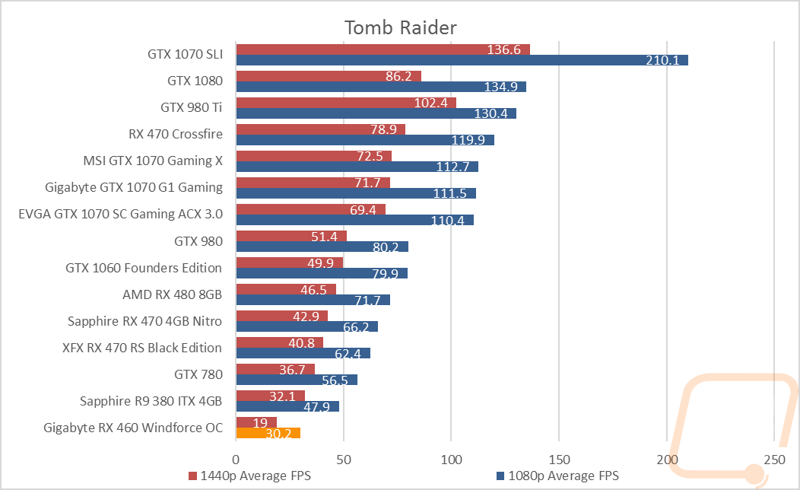 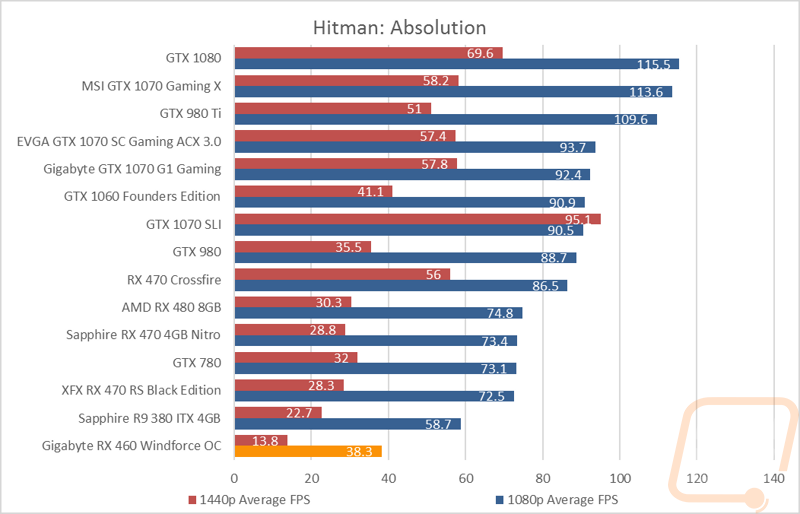 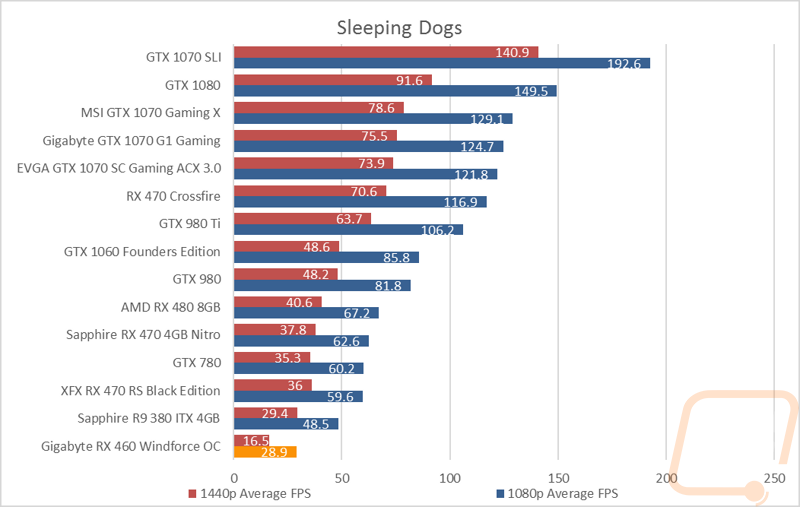