To start off my testing of the RX 460 I ran it through our entire collection of synthetic benchmarks. Just to be clear, while I did test it at 1440p and 4k in a few of these it's not really designed for those resolutions at all, especially in the 2GB configuration that I am testing today. I just test every card in all of our tests so we can see now and in the future how the RX 460 compares to other cards. Anyhow, I started my testing off with 3DMarks Fire Strike benchmarks and in the 1080p “performance” benchmark the RX 460 had a GPU score of 5582. While this looks low compared to all of the higher end cards we test, it is actually a good number for a lower end card. It is only a touch below the 4GB R7 470 from last generation and it is actually ahead by a large margin of the 2GB R7 370. Considering that is one step up last generation I would say the RX 460 is on point for where it should be in the product line. The result was similar I the newer Time Spy benchmark only the only older card that I have tested on that new benchmark was the GTX 780. I would say the RX 460 coming close to the GTX 780 in this test is actually really good. 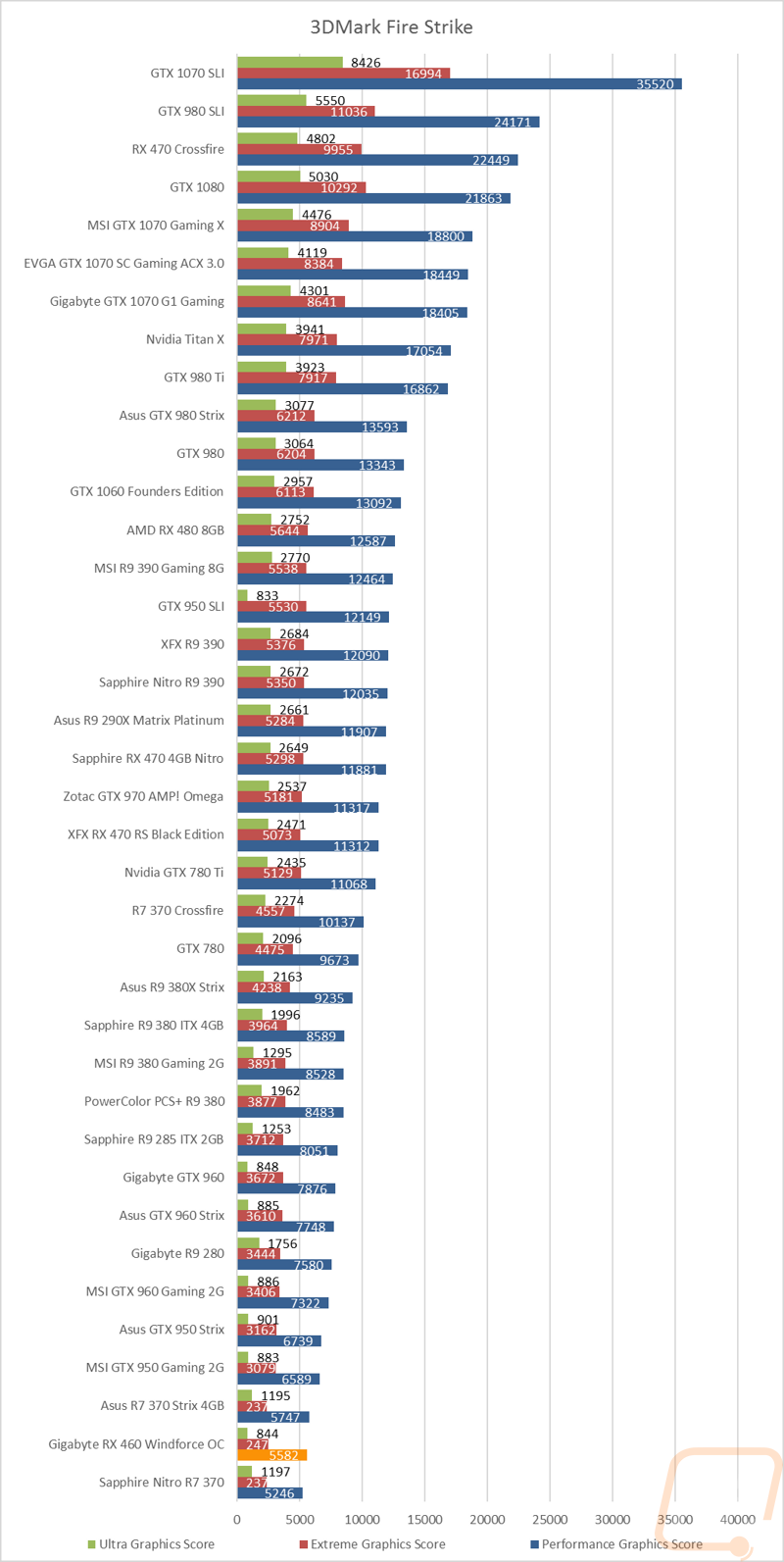 In my next benchmark, the Unigine Valley Benchmark, I put the RX 460 through the 1080p HD benchmark. Here it came down in near the bottom of the chart once again but only a few FPS away from the two R7 370’s. 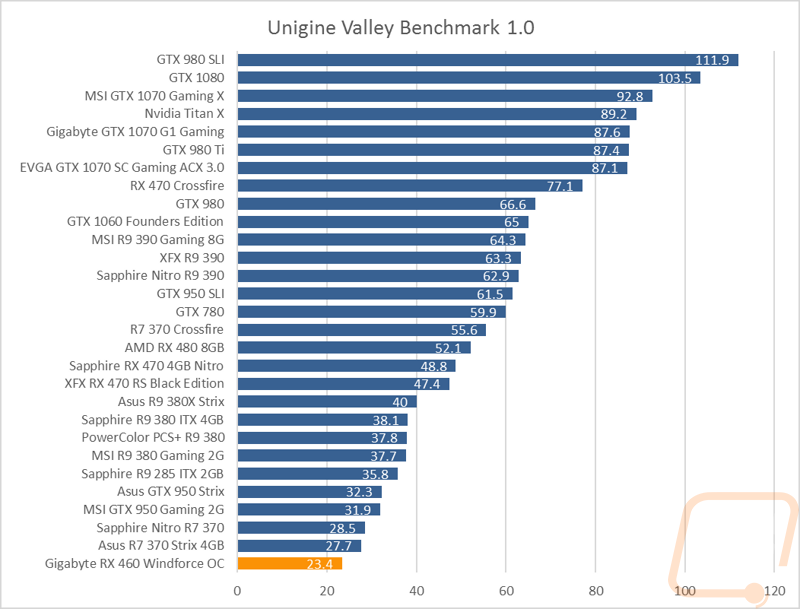 In Catzilla I was surprised the RX 460 even ran the 4k test but as you can see the number was so low it wouldn’t even fit in the bar. At 1080p the RX 460 still put up respectable numbers, being about 3k behind the R9 380. 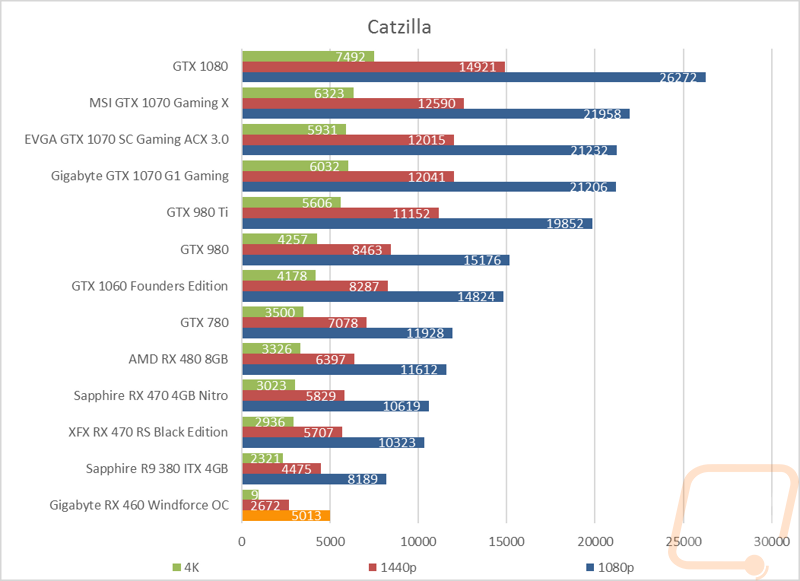