The card is considerably smaller than most of the other Windforce cards. Normally Gigabyte goes longer to fit a three fan setup but for the RX 460, they have gone with two. This is till larger than the single fan design of the reference card that AMD had been showing off. The card has the same black and orange theme on the fan shroud as the other Gigabyte cards. The cooler doesn’t go taller than a standard PCIe card and isn’t far off from an ITX card in length. The shroud has a little shape to it but not enough to be distracting. The two fans have the Gigabyte logos on the centers and each blade has 5 small ribs on them. From the side profile, we can kind of get a peek at the cards cooler as well. Gigabyte went with a forged heatsink design rather than the standard heatpipes with sheet metal heatsink fins. This design is less efficient, but the RX460 isn’t exactly a high powered card, so with two fans this design should be more than enough still. 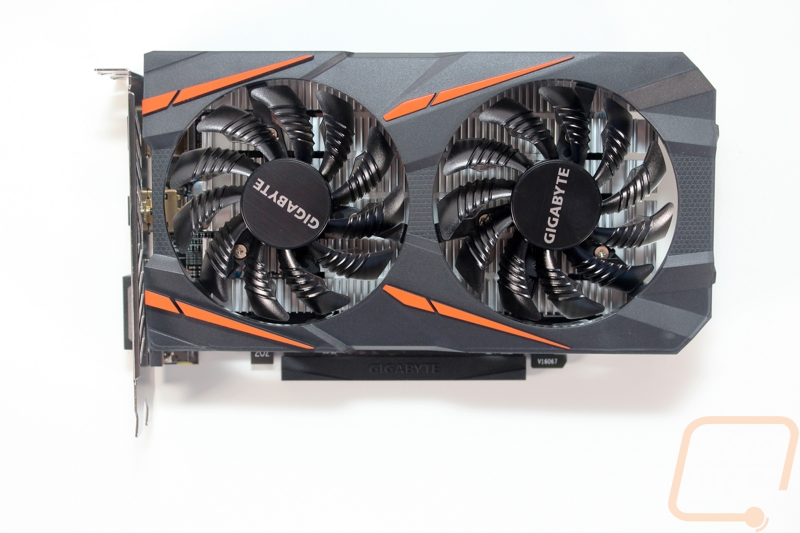 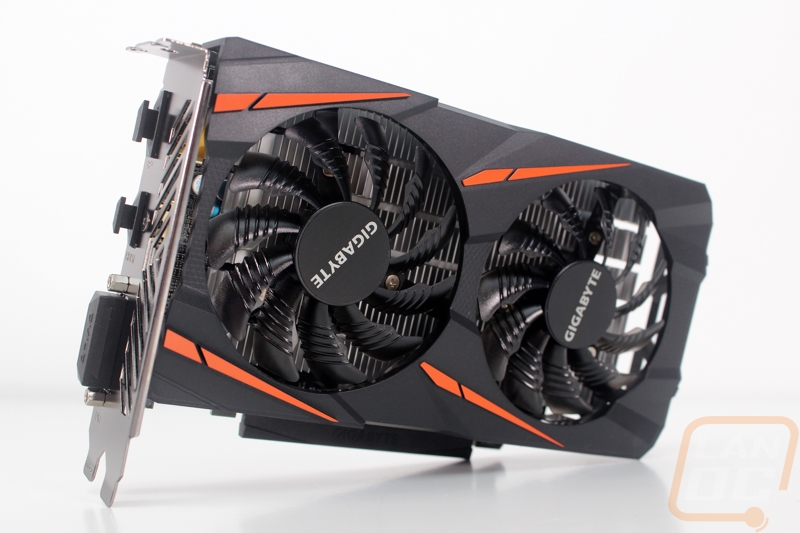 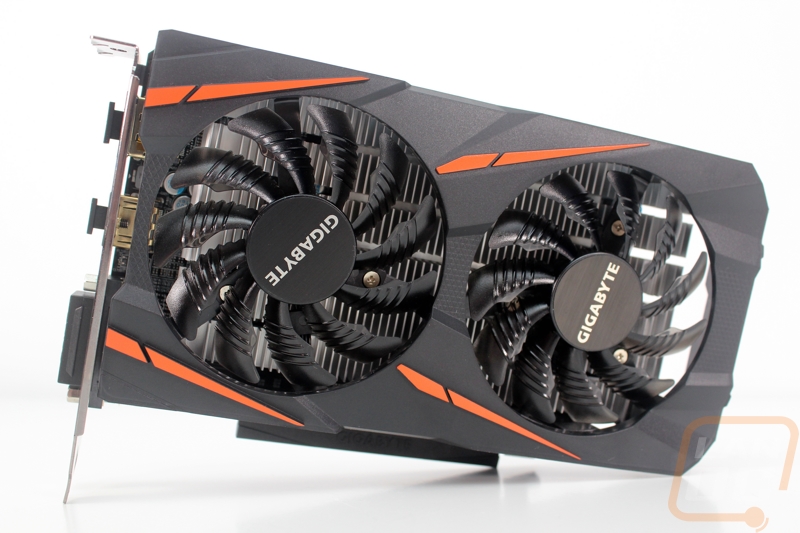 The fan shroud does wrap around all three internal edges but each has multiple vents for air circulation. This is because the cooler design pushes air down onto the heatsink, not across the heatsink like a blower cooler. So the heated air will vent out all of the edges of the card. One thing I noticed when looking at the top edge of the fan shroud was that the cooler design is a fairly universal one. Here we can see cutouts for Crossfire/Sli bridges and also a hole for a power connection. Both of which the RX 460 doesn’t have. That right, this card doesn’t have to be plugged into any extra power cables when hooking it up. It runs completely off the PCIe slot. 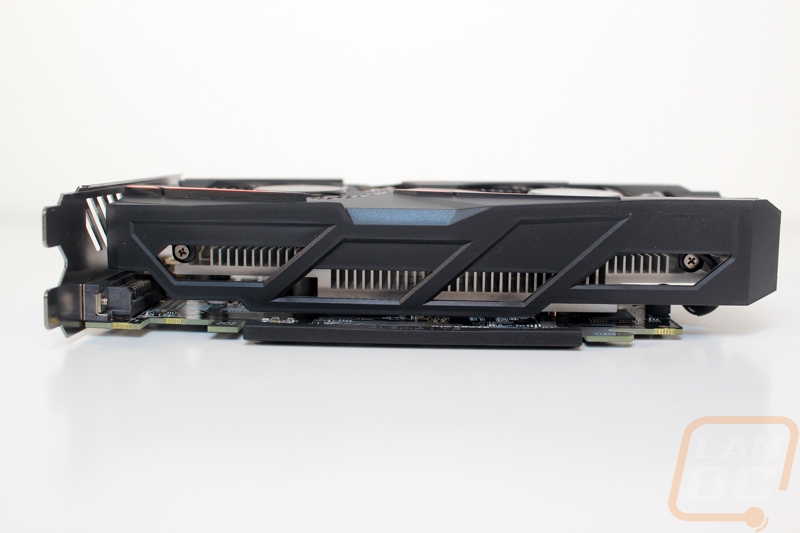 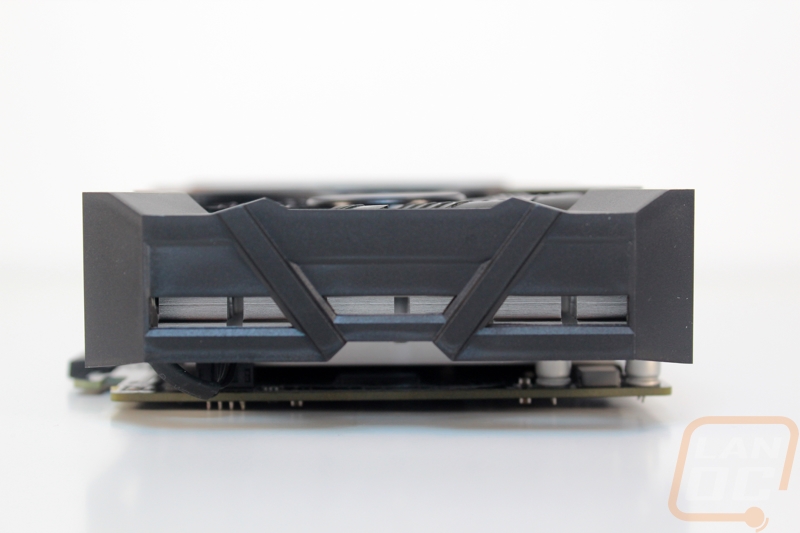 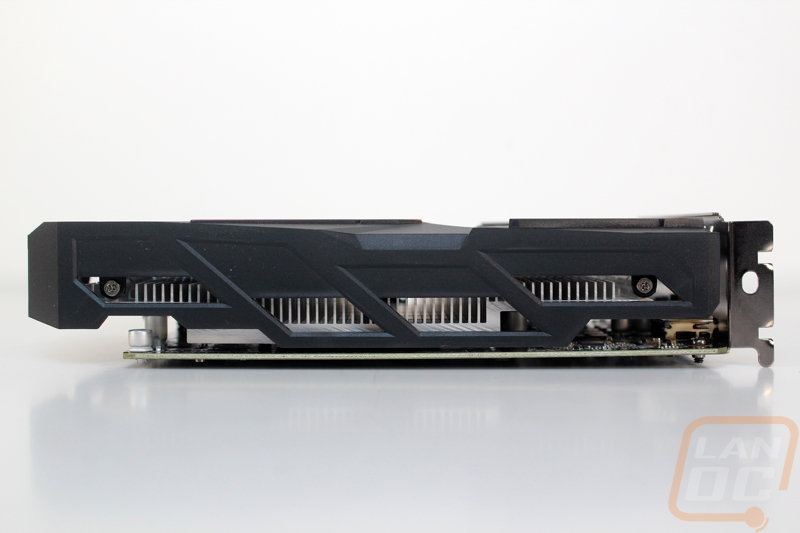 On the back, we get a better look at the black PCB of the RX 460. The PCB is about an inch shorter than the cooler so we can also see part of the heatsink and the fan shroud sticking out over on the left. With this being a budget focused card, there, of course, isn’t a backplate covering anything up. Not to mention with the shorter length it’s a lot less likely to be needed. 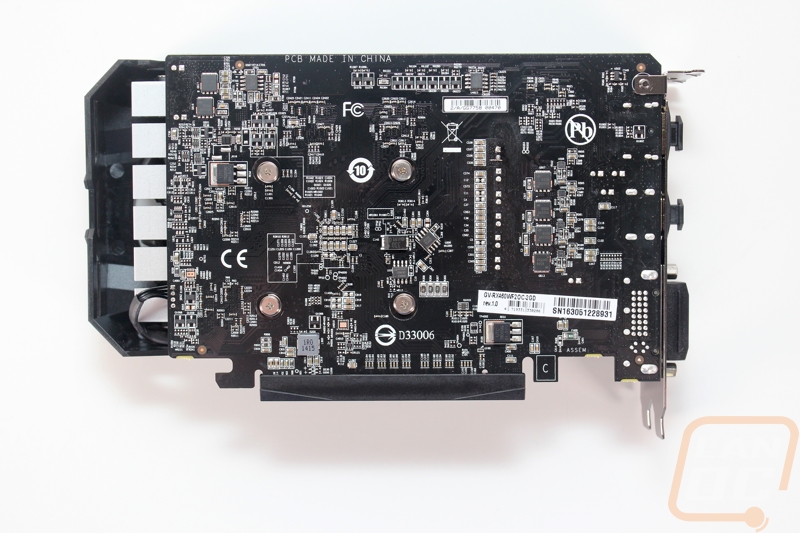 On the back PCI slot, the RX 460 has a few display connection options. They give you a DVI, HDMI, and DisplayPort. There is only one of each though so people with multiple monitors will have to keep that in mind. Having only three connections does mean the second half of the slot is completely open for ventilation. Gigabyte slipped in this V-shaped vent design. Considering a lot of the card still vents inside of the card, I’m not sure how much air will be blowing out the back, but at least they didn’t waste the extra space from the missing extra DisplayPort connections. 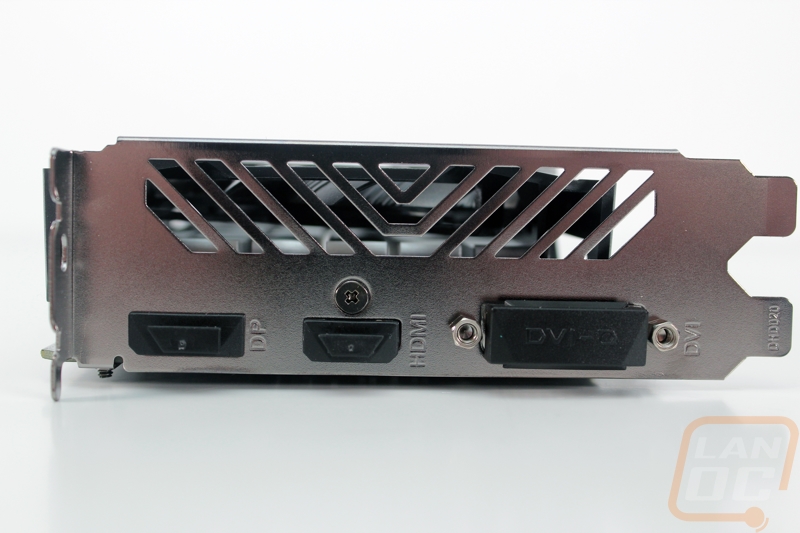