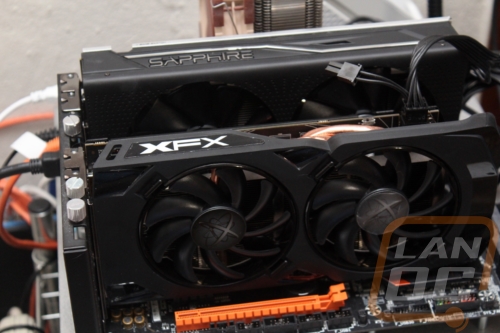 Like our previous coverage of two GTX 1070’s in SLI, I do want to point out that I only include graphs for benchmarks that show an actual performance increase when running in Crossfire. I do this because we use these same graphs for our single card reviews and I wouldn’t want anyone getting confused when they see an RX 460 outperforming two 470’s in Crossfire or similar. Here is the breakdown on what we normally test but I didn’t include in here. For starters, all of the Compute testing isn’t included because Crossfire isn’t the ideal configuration on those. Noise and cooling testing also don't apply here. For synthetic benchmarks, Catzilla was the only benchmark that had any trouble. It worked fine unlike my GTX 1070 SLI testing where it would just crash. But the results matched the single card results.

For games, the following games aren’t included Hitman 2016, Ashes of the Singularity, The Division, and Thief. Thief had no improvement but didn’t drop in performance. The Division saw a 7 FPS drop and in Hitman 2016 I saw a 10 FPS drop across the board. Then in Ashes of the Singularity I saw a 3 FPS drop in DX11 but in DX12 the game crashes when I try to load it with our crazy setting with multiple GPUs turned on. This is a known issue that is included in the most recently AMD Catalyst driver notes, so hopefully that issue will be fixed soon.

Anyhow on to the results! 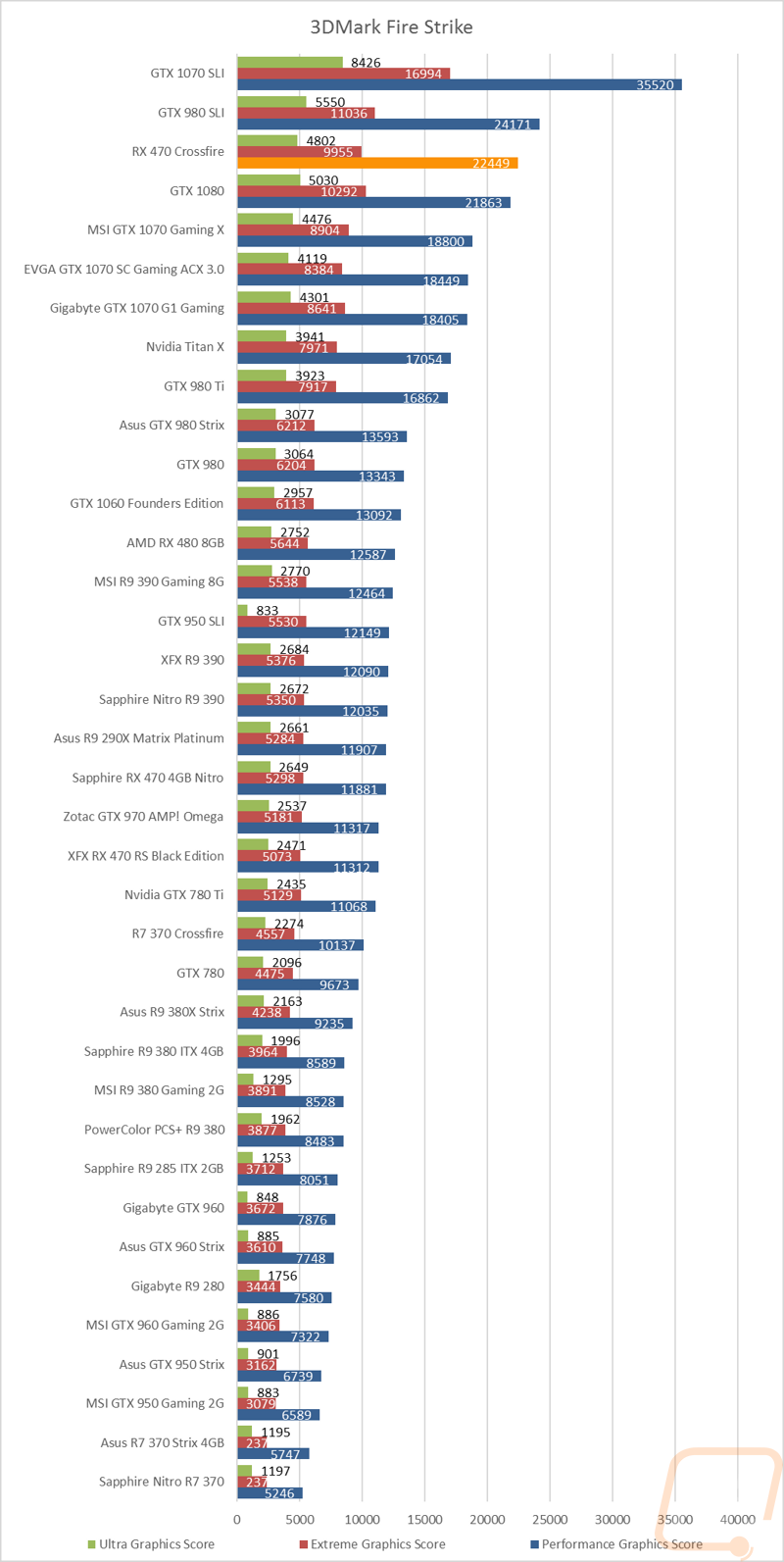 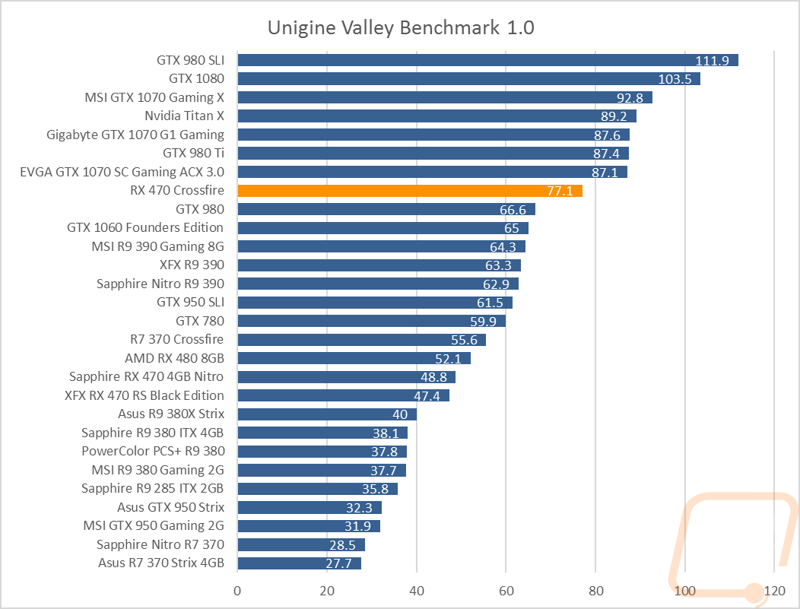 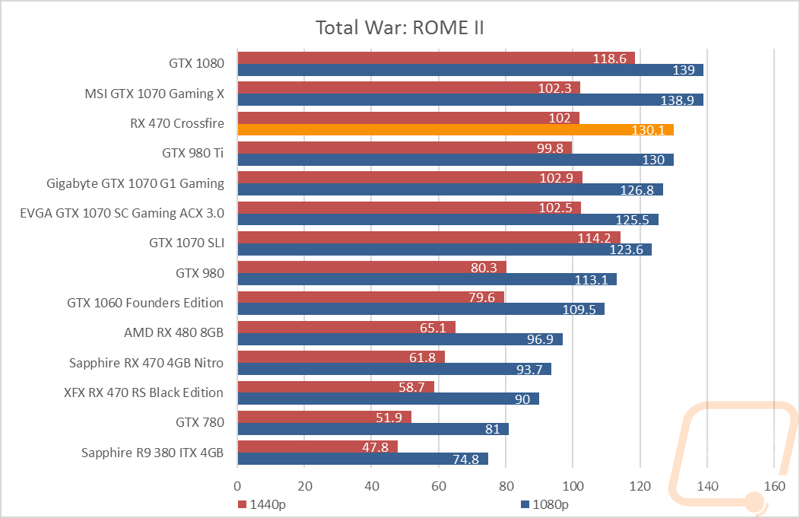 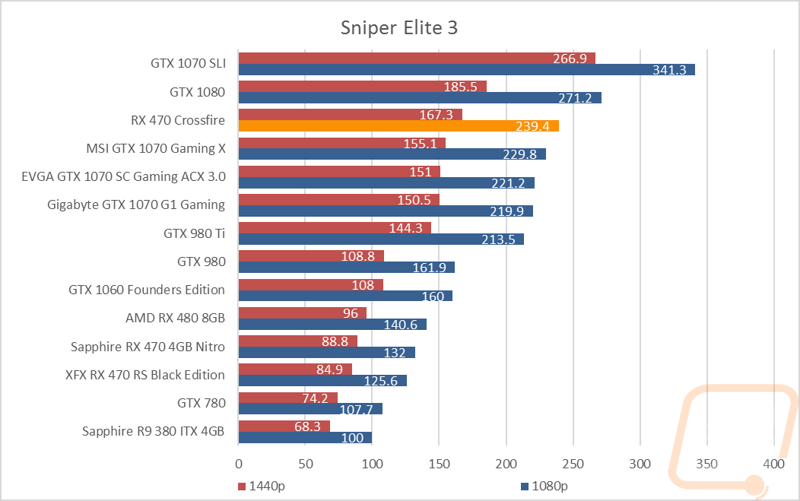 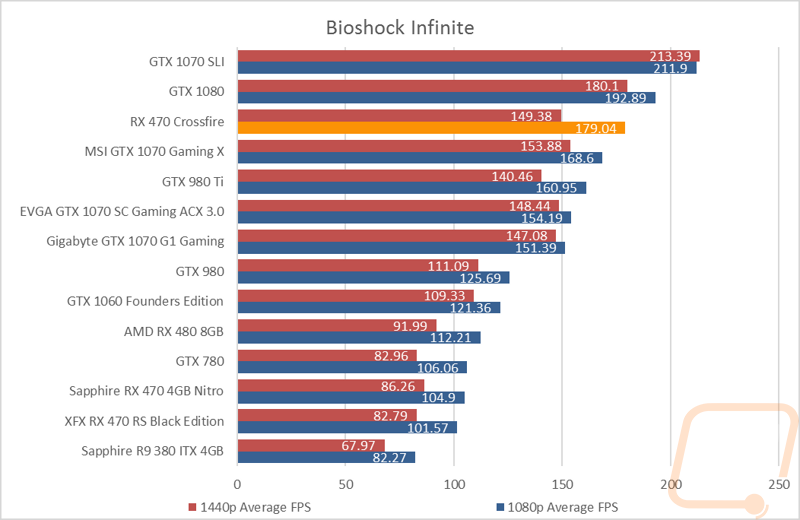 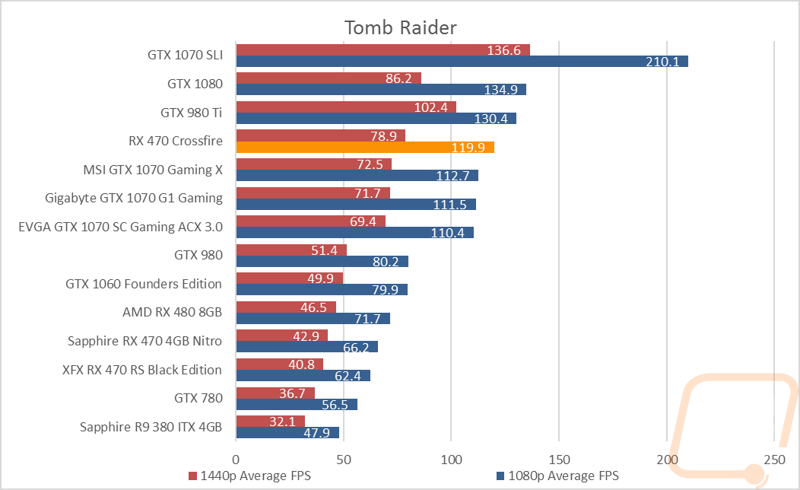 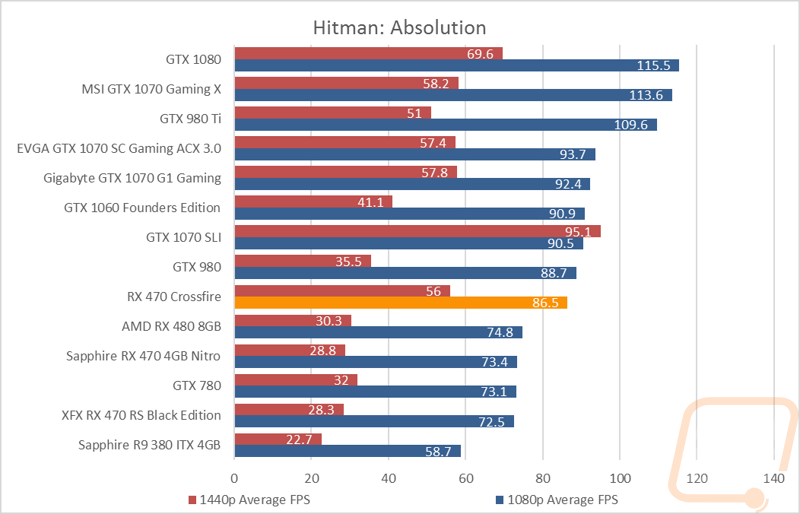 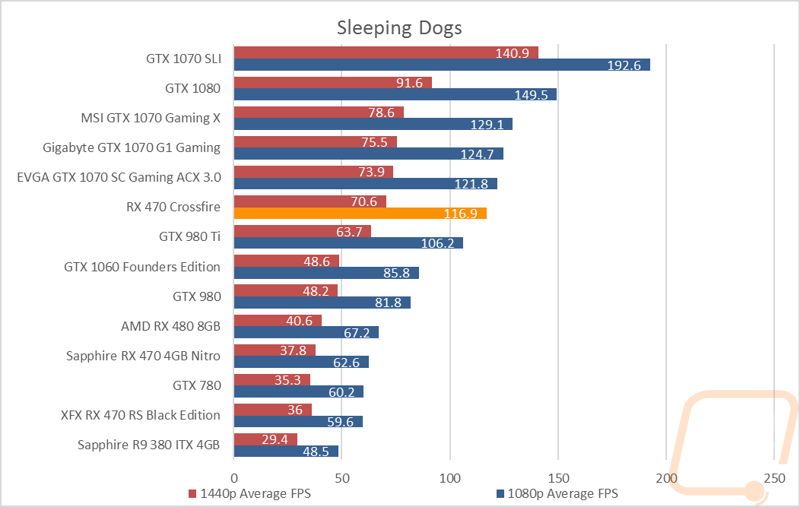