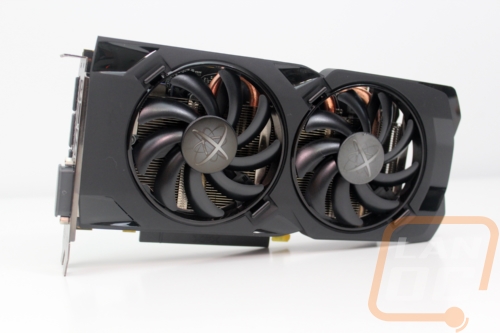 To start off my testing of the XFX RX 470 I started with our synthetic benchmark suite. These tests don’t really show you the exact performance you should expect in game, but they are consistent and great for comparing card to card performance differences. We already know that our XFX card is overclocked by a good amount so these numbers aren’t a great reference for a stock clocked RX 470, but who’s going to be buying one of those anyhow. So in 3DMark Fire Strike I used all three settings to see 1080p, 1440p, and 4k performance. In the performance setting (1080p), the RX 470 comes in just a touch below our overclocked GTX 970. This is also just above TWO R7 370’s in crossfire to give you an idea of how far things have come. The RX 480 is still about 1000 points higher than the RX 470, but that’s to be expected right. 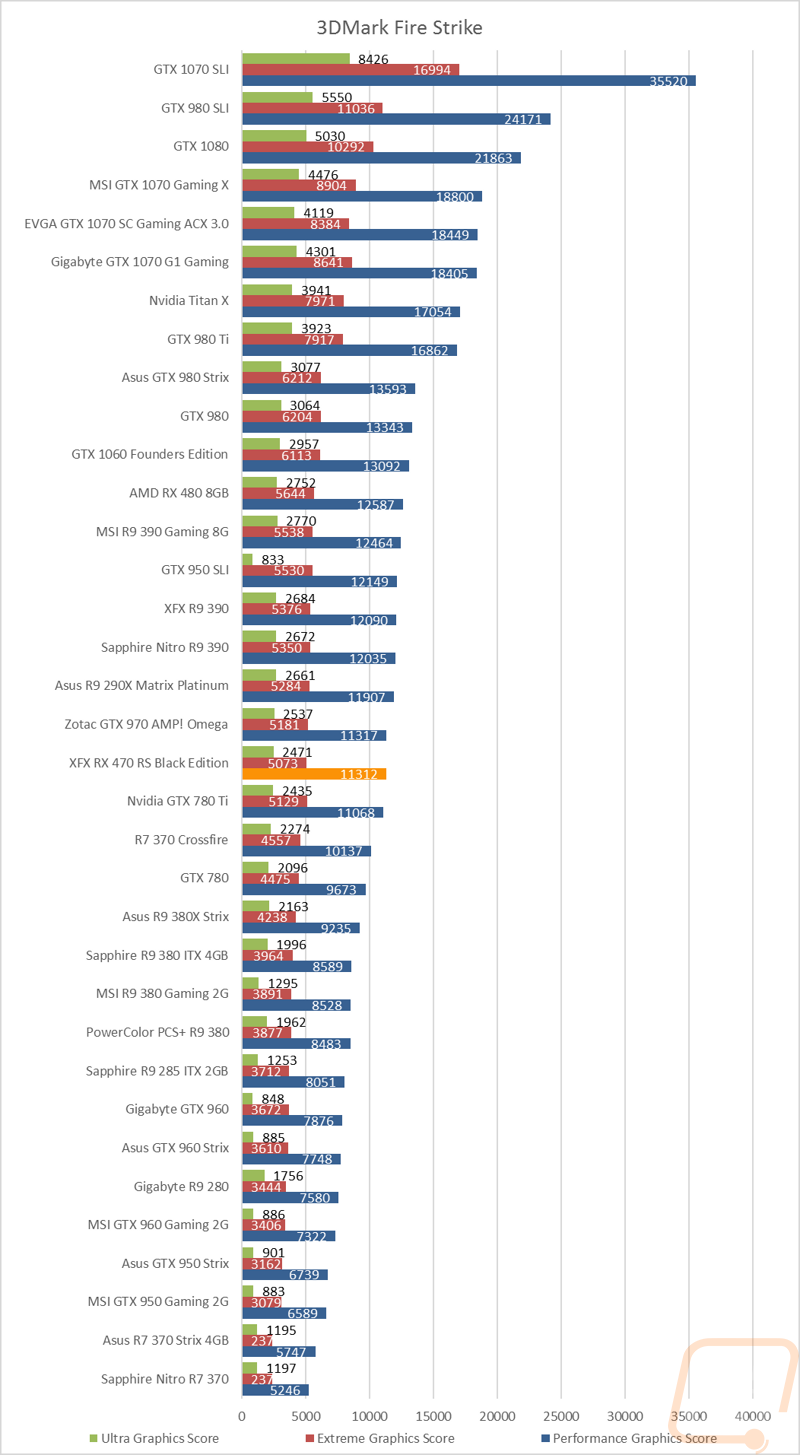 Next, I tested in the new DX12 3DMark Time Spy benchmark. Here the overclocked RX 470 actually came really close to the GTX 980 and was about 400 points behind the RX 480.

Next, I tested using the Valley Benchmark, these results are actually in FPS and here the RX 470’s next closest competitor was our 8GB RX 480. I don’t have a 4GB 480 but I would be especially curious to see how close it would get me. This has the 470 well above the older R9 380’s. 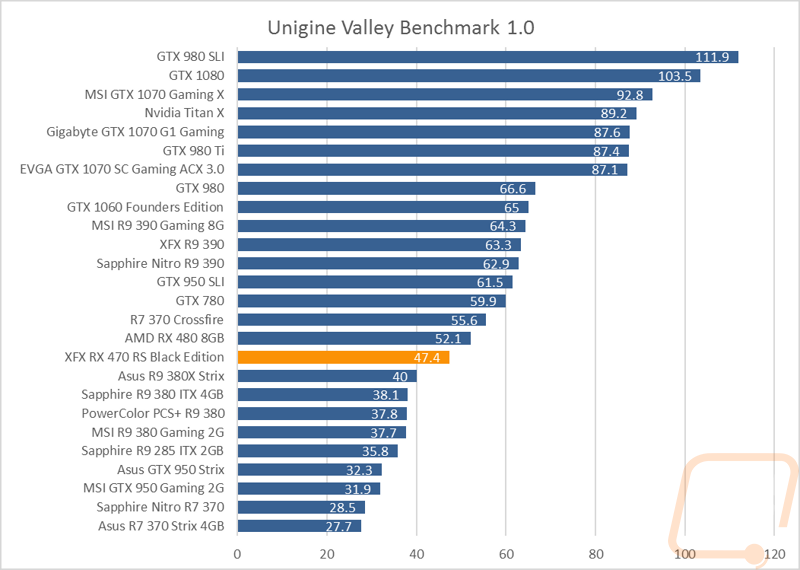 In Catzilla, like in 3DMark Fire Strike, I tested in all three resolutions. I know the RX 470 is designed for 1080p performance but it’s always nice to see how it would perform in the other resolutions as well. Here once again the 470 falls in below the RX 480 8GB as expected, but it is a lot closer than I would have expected. 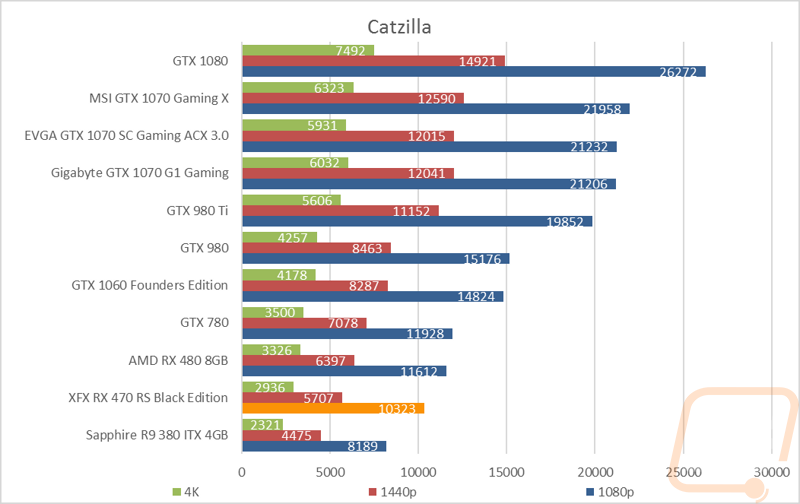 My last synthetic benchmark was a quick look at potential VR performance using SteamVR. Here the XRX RX 470 pulled a respectable 6.1 out of 1. This is just barely in the green meaning you can still expect to be able to play some VR games just like the RX 480, but being so close to the edge there might be some games that have issues. Hopefully, we get more VR testing soon to be able to get a better idea of how these ratings compare to actual in game performance.

We have 805 guests and no members online