For compute testing I have finally expanded our out testing with two new tests from CompuBenchCL to test Video Composition performance and also BitCoin hash performance. As for Folding at Home, I have started to move over to the new FaH 2.2.5 benchmark from our older 1.2 bench. That said I did test both for now. In Folding at Home, I was impressed to see the RX 480 performing spot on with the GTX 980 in the Single Precision testing. This is worlds above the R9 390 as well. Of course in the Double Precision testing, Nvidia has cut out their FP64 cores so the Nvidia cards that performed well in the Single test drop here. The RX 480 performs almost as good as the GTX 1080 here but the R9 390’s still rule double precision performance. 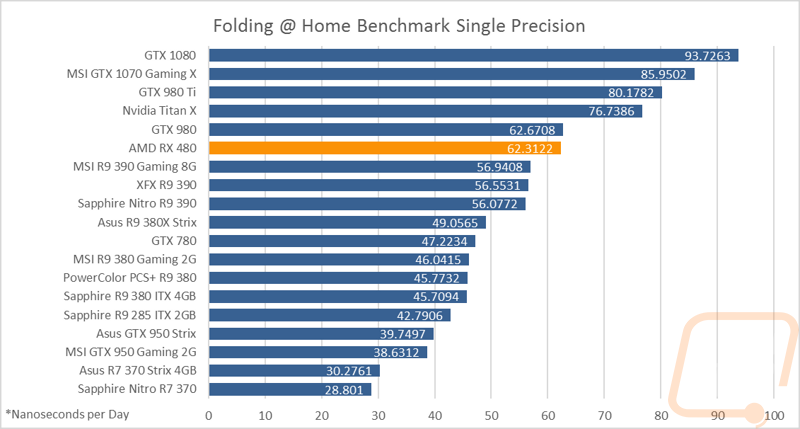 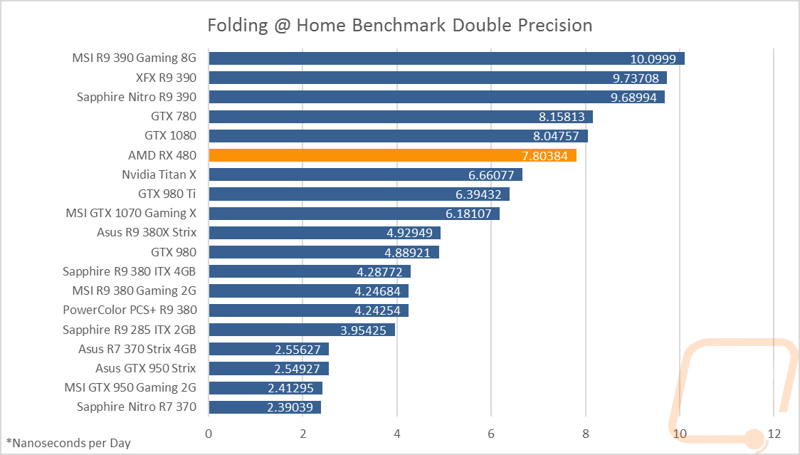 In CompuBenchCL I ran all of the tests but cut it down to just these two results to keep things simpler to read and to test two compute areas that a lot of people care about, video composing and BitCoin mining. In the video composing test, the Rx 480 is running at 108 FPS, putting is about 14 FPS below the GTX 980 Ti. This, however, is 18 FPS higher than the R9 380. In bitcoin mining, there is a huge range in performance between the cards tested. The RX 480 8GB performs okay here but the Nvidia cards rule the top of the charts. That is, of course, ignoring that you could nearly buy two of the RX 480’s for the price of one of those cards, but I will get into that here shortly.

We have 1390 guests and no members online