As always to start off my testing I always go with our synthetic benchmarks. They don’t do the best job of letting you know what kind of FPS to expect in game, but they are consistent tests that help me compare the performance between cards. To start off my testing I always use 3DMark. I test using the Fire Strike benchmark and I run it using all three of its settings. The three tests run at 1080p, 1440p, and 4k to help give us a view of how the RX 480 performs at all three resolutions. In the performance setting, I was really happy to see that the RX 480 fell right in with the overclocked R9 390’s and not far from the GTX 980. In fact, the GTX 970 that is its closest competitor right now had a score 1000 points less and that was with a heavily overclocked GTX 970. The Extreme and Ultra tests paint a similar picture as well with their 5460 and 2699 scores respectively. 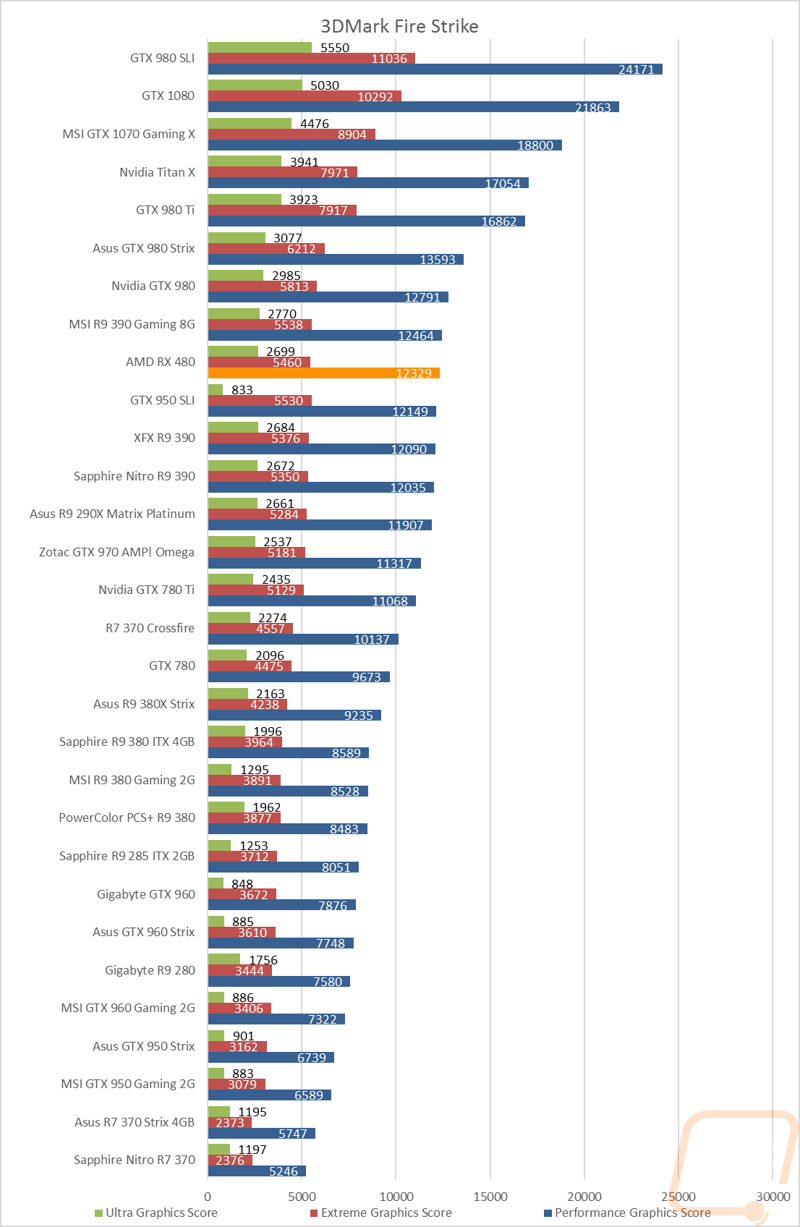 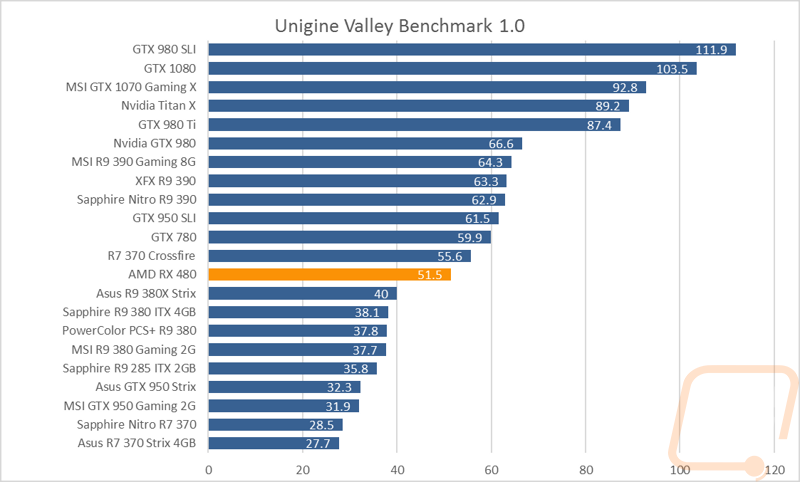 Catzilla is a new test for me, but like 3DMark I like that it gives us a chance to test at three popular resolutions. Here the RX 480 came in extremely close to the GTX 780. When compared to the R9 380 the R9 380 you can start to see just how much of an improvement the RX 480 is, though.

The last test was using the SteamVR test to see just how well the RX 480 will perform with VR. This one had me especially curious because when the RX 480 was announced they pushed that it would be bringing VR performance to a price point that people could afford. After running this test we can confirm that the RX 480 does fall into the VR Ready category.

We have 1687 guests and no members online