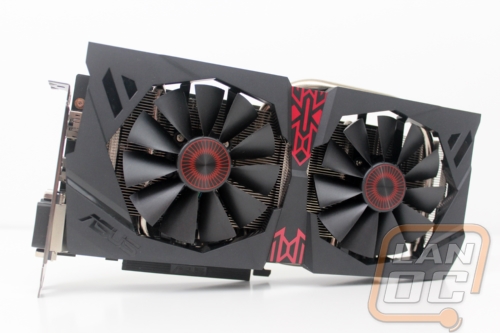 As always the synthetic benchmarks are great and all, but the real meat and potatoes is in the in gaming testing. The only reason most of us even get dedicated video cards is to play our games at the best possible settings. So to get an idea of how the 380X performs I ran it through our in game benchmark suite. I did run into issues with Bioshock Infinite not running on our test bench so our number of tests was cut down to 8 from our normal 9. I also test nearly all of those games at both 1080p and 1440p to see how the card handles both resolutions. To make things a little easier to consume, in addition to the full graphs I also break down the performance results from all of the tests into three categories, under 30 (unplayable), over 30 (playable), and over 60(ideal performance). This way we can quickly take a look at where the card stands at each resolution. So how did the 380X perform? Well at 1080p all of the games were playable at the highest possible settings with most of those falling into the 60+ FPS category. It was the 1440p testing that had my attention though, AMD suggested that the R9 380 and R9 380X were their 1440p focused cards. So how did the 380X do? Well with everything turned all the way up all but one game was playable but I would personally like to see more than just one game in the 60+ FPS category. That said the 380X would be a 1440p card, the only difference I would make in their chart would be to put the R9 390 and the 380X together as 1440p cards, dropping the R9 380 down into the higher 1080p category.

When looking at the results individually there were a few things that stood out. Specifically, in GRID Autosport the 380X pulled over 60FPS at 1080p and was just under at 1440p, but this is oddly slow compared to past testing. The 1440p results are spot on, but at 1080p it was on par with the R7 370. I will revisit this and find out if this is a driver or game issue. Beyond that everything was about normal with the 380X performing about on par with the GTX 780 in most tests, falling above the 960 but a big margin and below the GTX 970 by a good margin as well. 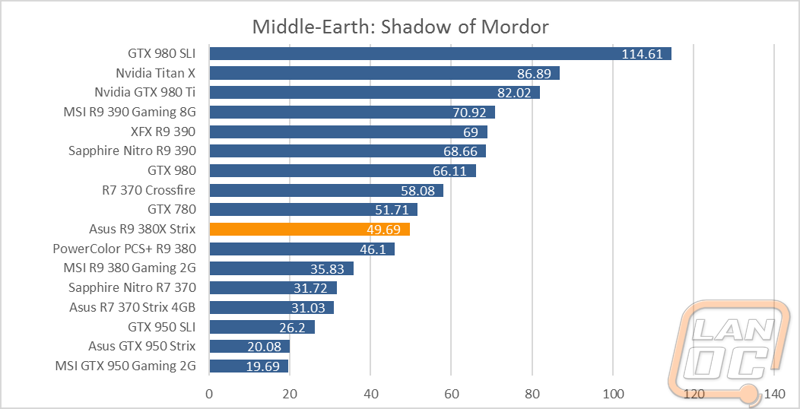 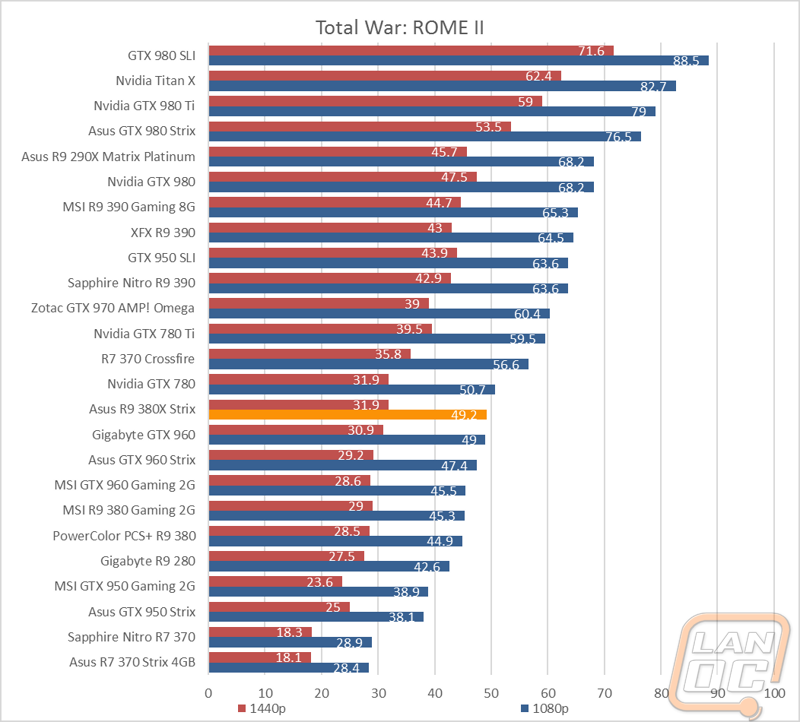 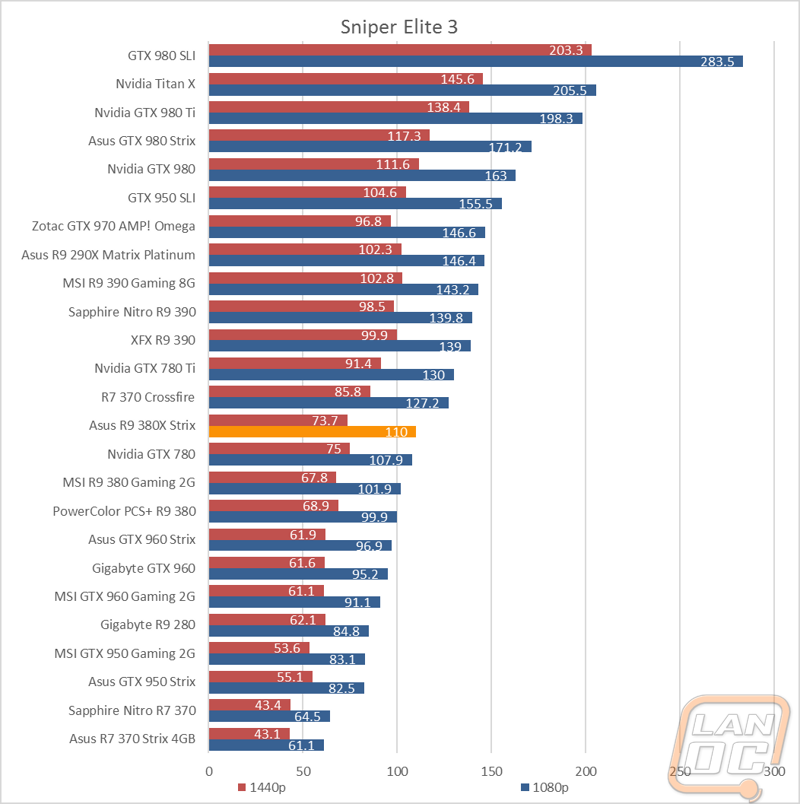 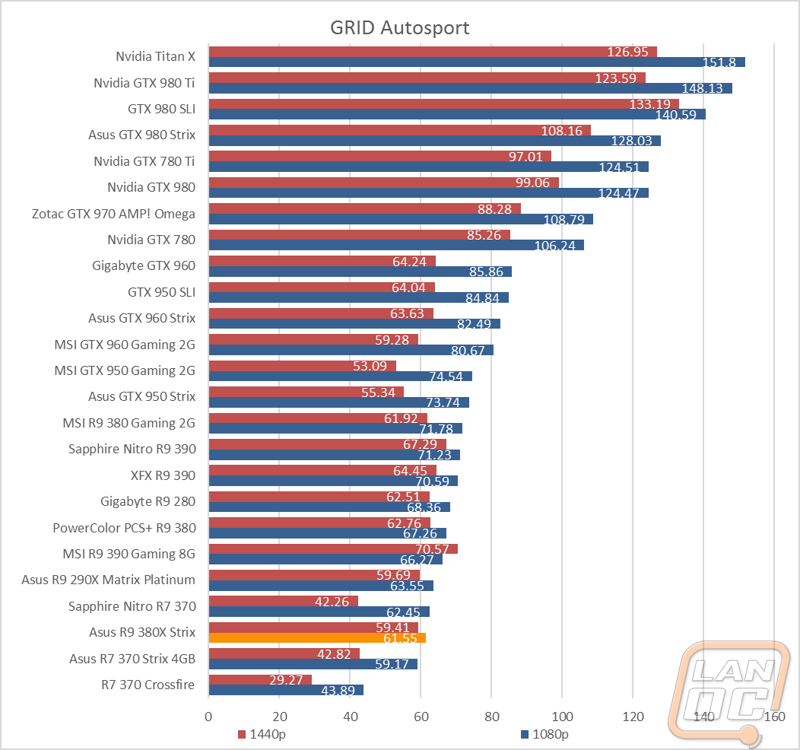 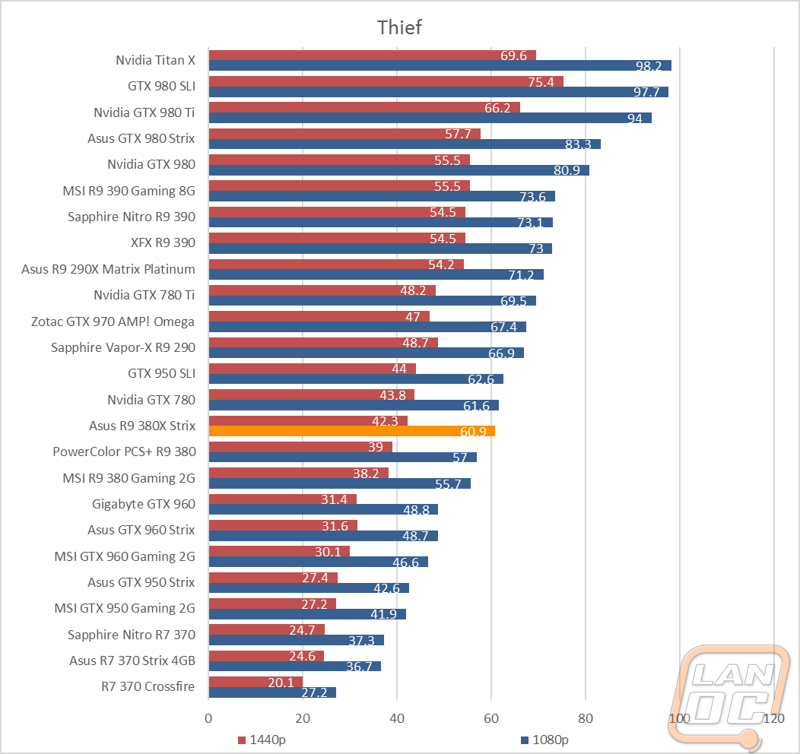 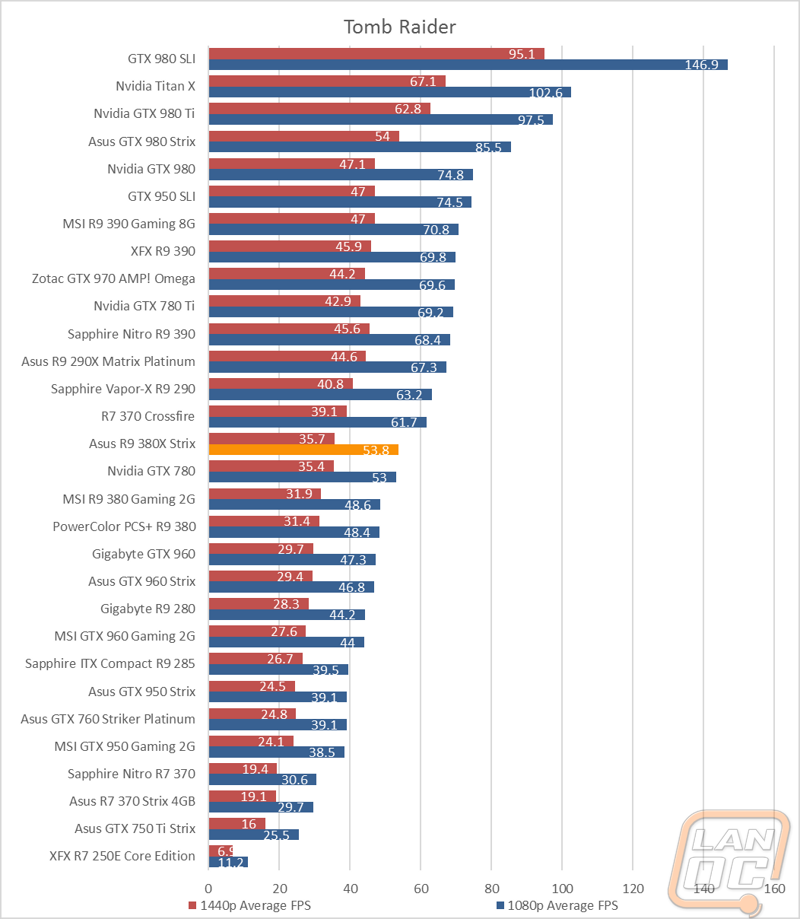 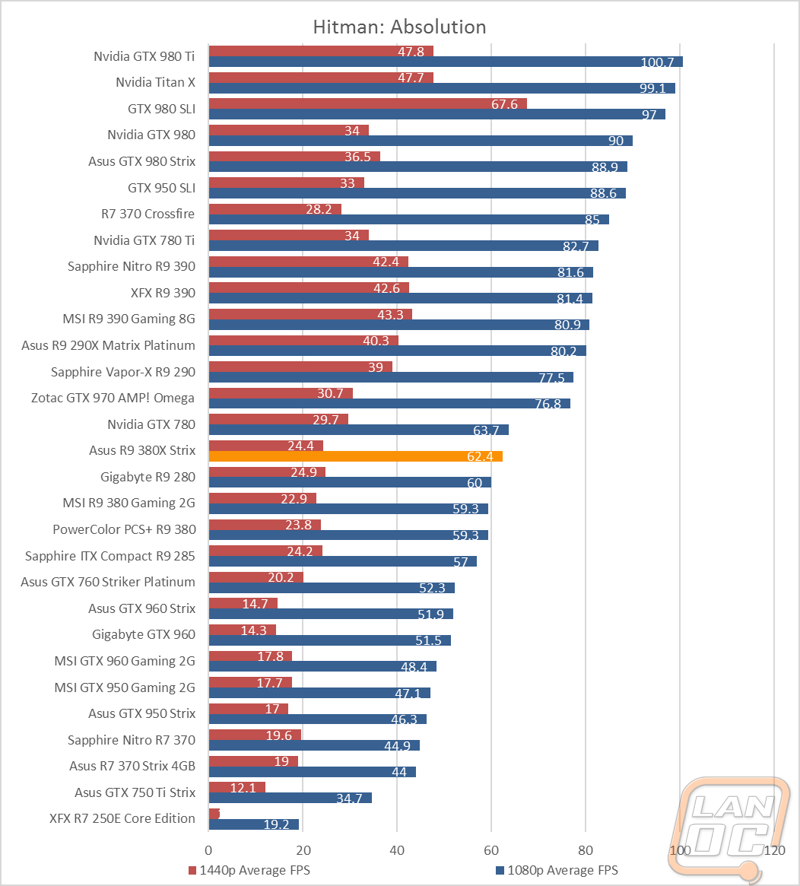 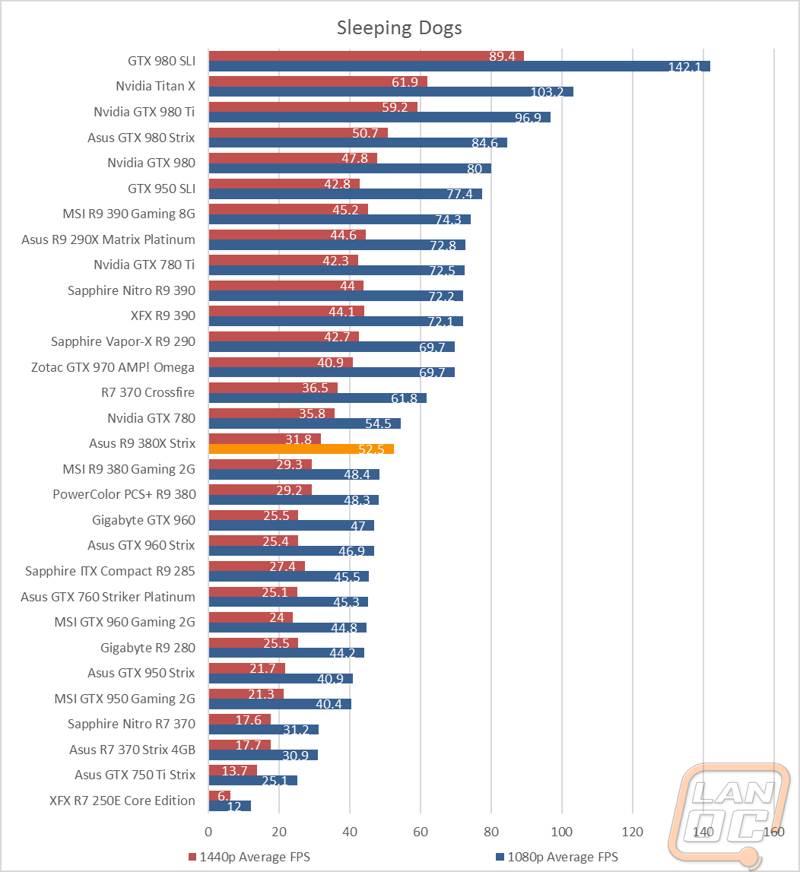 We have 1268 guests and no members online