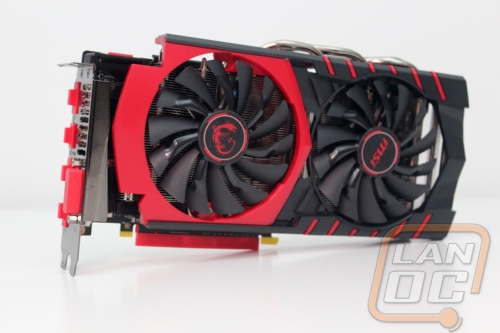 The new Twin Frozr cooler on the GTX 960 Gaming 2G has a few similarities to the older models but the fan shroud is completely different. For starters the fan on the left has the large red area around it where the old designs had less red and more black. The new shroud has aggressive red trim above and below the right fan as well. The biggest change though is the lack of a metal fan shroud, the new one is plastic. The metal design on the older models was one of the big selling points to me. I do like the look of the new fan shroud though. For cooling you still get two large cooling fans. While they look similar, these fans have a slightly difference designed and they are calling them Torx fans. The difference is in a small glossy area on every other fan blade. They are calling those the dispersion fan blades, they claim it improves overall airflow and dissipation to the heatsink. 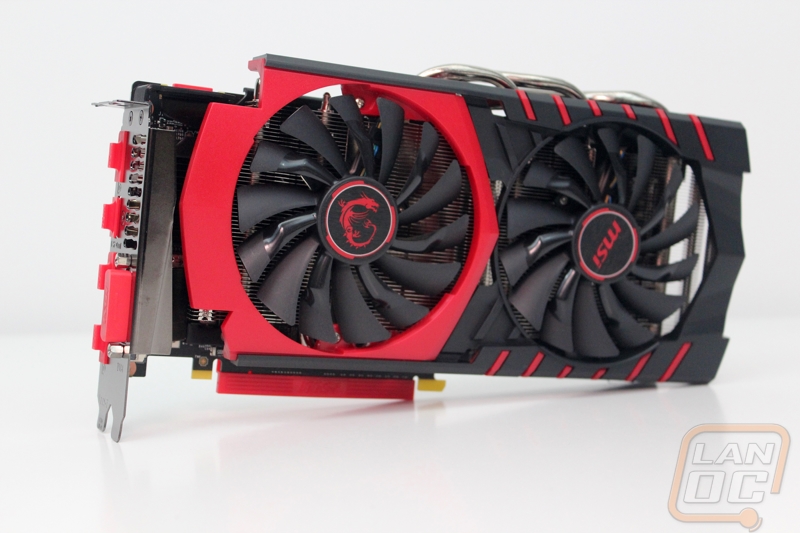 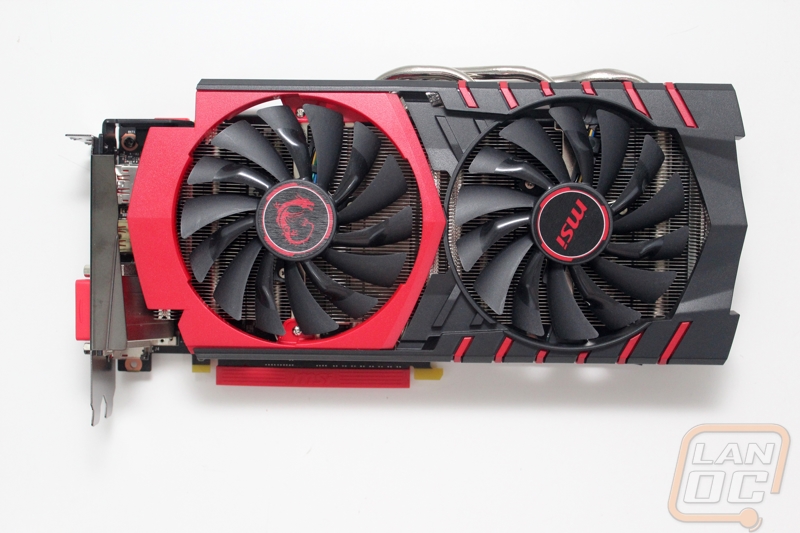 As expected the Twin Frozr design is a downward fan design that pushes air through the heatsink and at the PCB to cool things down. This gives MSI a LOT more heatsink surface area to be able to work with resulting in better temperatures. This requires open areas on the top, bottom and end of the card for all of that air to vent into the case. Unlike a reference card you do have to account for the heat being pushed into the case. Most cases have more than enough ventilation to handle this though. 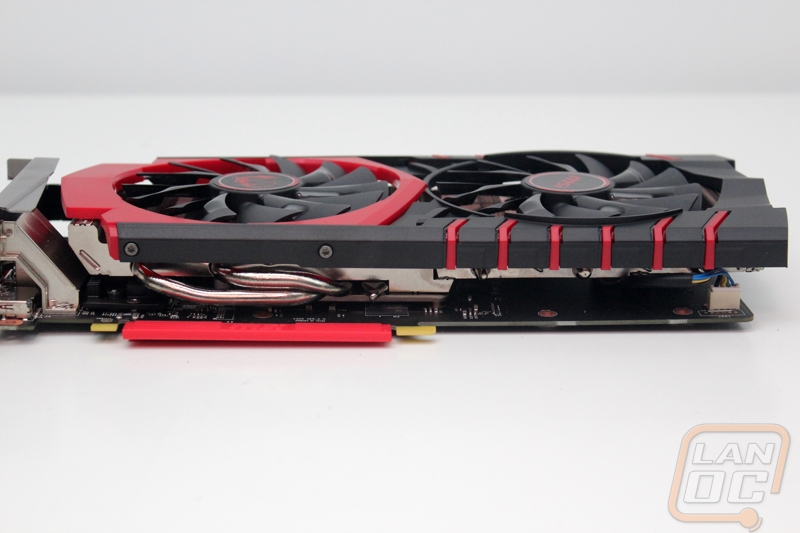 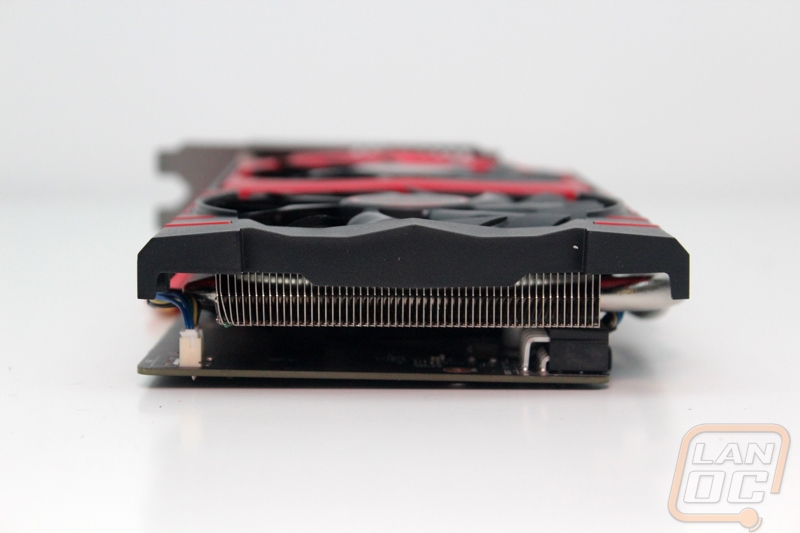 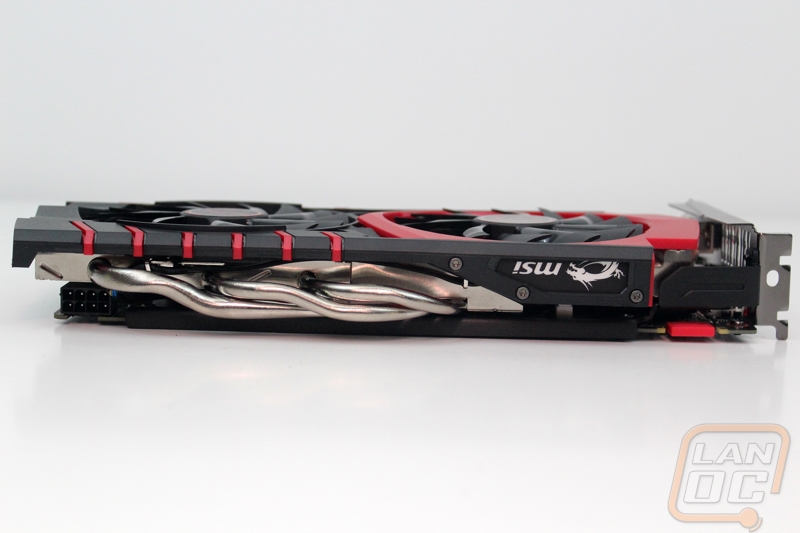 I love the design of MSI’s “SuperSU” Pipes aka the heatpipes. MSI bent them around each other tightly and efficiently. The overall design uses a total of four heatpipes but one of them pulls double duty by running from the GPU and out both the top and bottom of the card. This allows them to use thick heatpipes while still being able to have 5 heatpipes touching the heatsink. 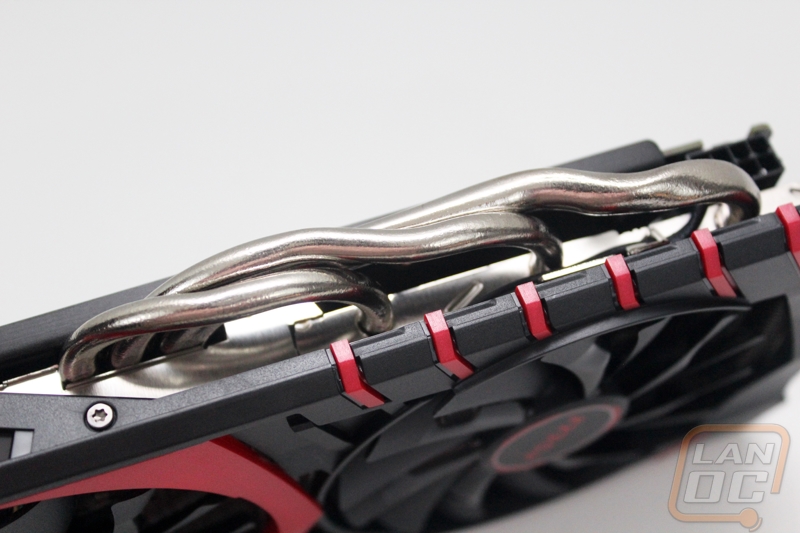 Up on top of the fan shroud MSI slipped in their dragon logo as well as the MSI logo. I love showing off what you have in your PC with small branding like this. MSI went one step further and also backlit the logos. Using their Gaming App you can also 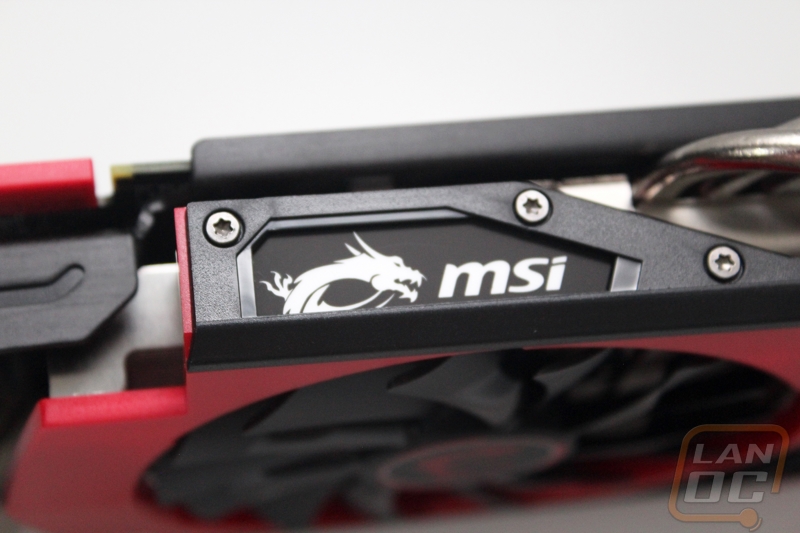 You get one SLI bridge on the 960 Gaming 2G, enough to double up with SLI in the future when prices drop. This is fitting because I’m not seeing the need for 3-4 GTX 960’s in SLI given the memory cap. 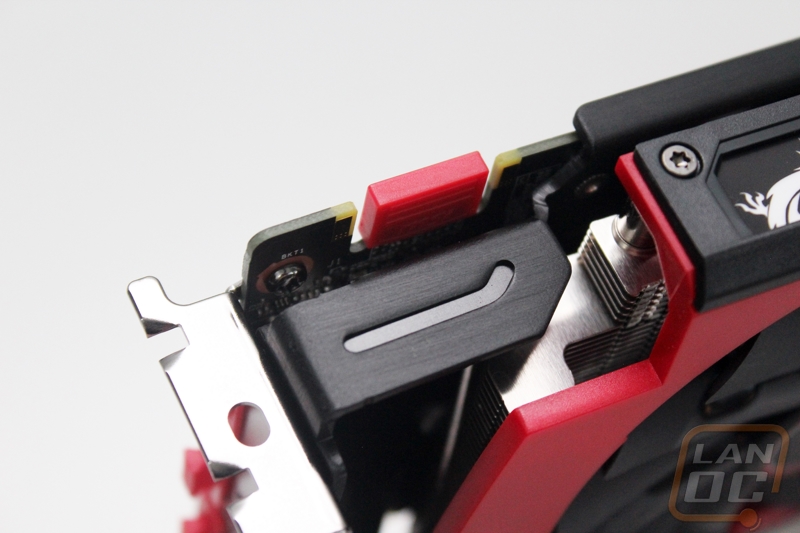 For power the 960 Gaming 2G has a single e eight pin power connection tuck in tightly behind the heatsink. MSI did the same thing Asus has been doing and flipped the connection backwards and notched the PCB for the latch. Doing this allows for more room for the heatsink because you don’t have to space it out away from the plug to keep people from getting cut up. 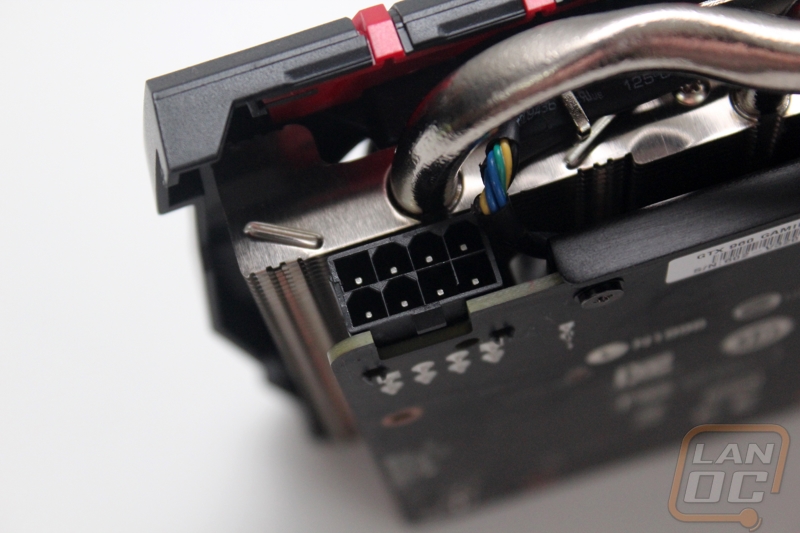 For connections, the GTX 960 Gaming 2G has the same setup that we have seen on the GTX 980’s as well. You get one DVI plug, one full sized HDMI, and three full sized DisplayPorts. There is also a half slot vent in the expansion slot for a little extra ventilation. 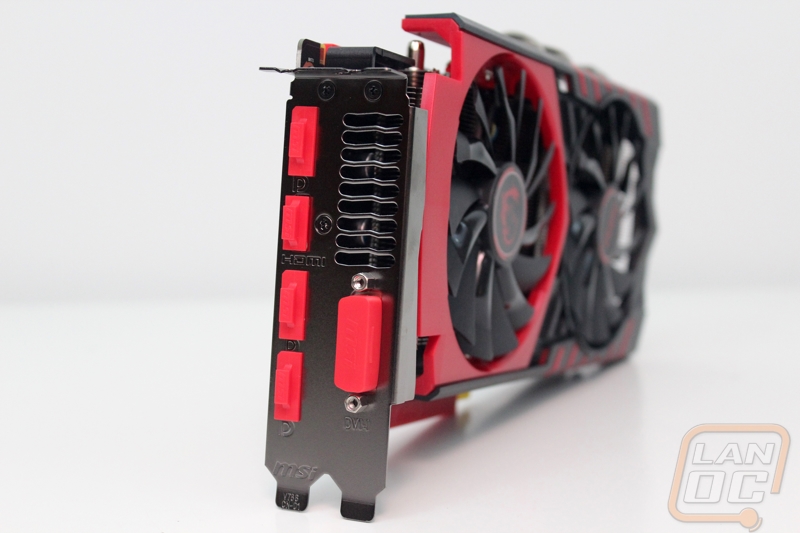 Around on the back of the GTX 960 Gaming 2G we can see the heatpipes even better. We can also see that MSI went with a flat black PCB. The Asus Strix 960 that I took a look at before had a backplate, its interesting MSI didn’t go the same route but we will see later if that will leave room on the price. 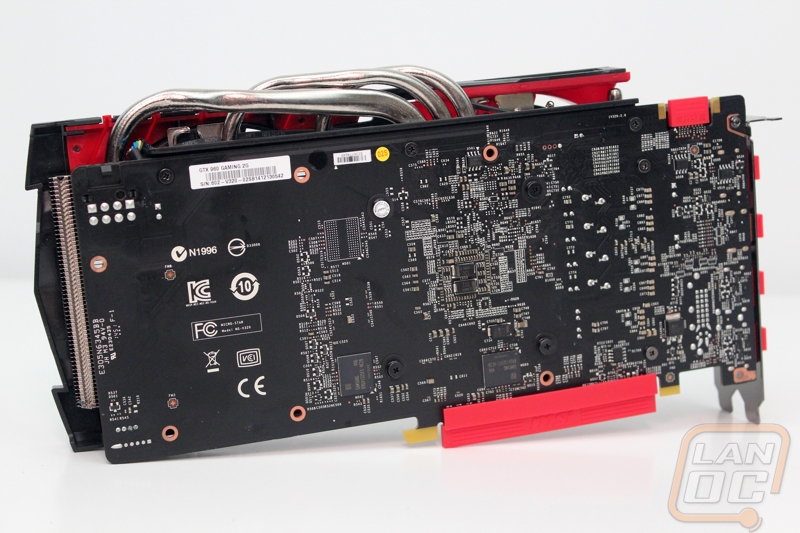 We have 1612 guests and one member online