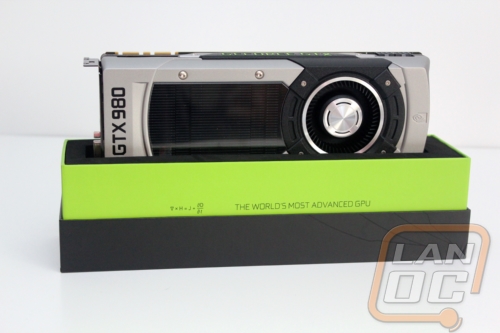 Nvidia may have officially launched Maxwell with the GTX 750 Ti launch back in February, but I think we can all agree that things don’t get really serious until they refresh their flagship card with the new architecture. Well the wait is over, Nvidia is taking the cover off of their new cards as you read this at their Game24 event. The new card is the GTX 980, this may come as a surprise seeing that the last generation of cards was the 700 series. Nvidia needed to sync their mobile and desktop GPUs, skipping 800 and jumping to the 900 series was the way to go about doing this. Before we dig into the changes moving to the GTX 980, everyone should check out our original Maxwell article HERE to see how well it performed.

If you have taken a look at the specification listing above you will most likely have a few questions, especially  in the area of CUDA cores and TDP (If you missed it go ahead and look, I will wait). When I first took a look at Maxwell with the GTX 750 Ti launch there was one major thing that I took away from everything. Nvidia was focusing a lot on power efficiency, at that time they were claiming an improvement of twice the power per watt over Kepler based GPUs. To do that they increased the catch size four times from the GTX 680 and rebalanced the design to fully utilize the CUDA Cores better than before. 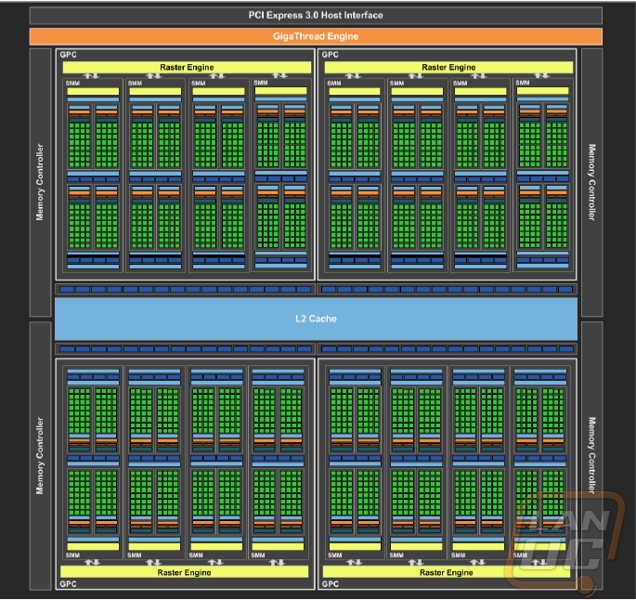 Maxwell GPUs have the same API functionality as Kepler GPUs and a lot of the fundamentals are the same on the GPU as well. Maxwell uses multiple SM units within a Graphics Processing Cluster (GPC) and each SM includes a polymorph engine and texture units. ROPs are still aligned with L2 cache slices and memory controllers, but they have greatly increased the L2 cache size. 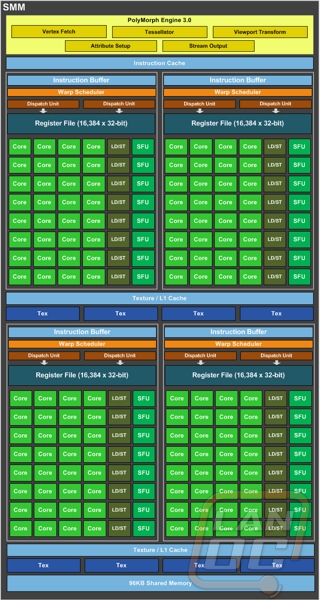 One of things they did to speed things up was to rewrite the SM scheduler architecture and algorithms to avoid unnecessary stalls while further reducing the energy per instruction required for scheduling. They also simplified the SM design to save area and power as well the side benefit of a lower computation latency. Each Maxwell SM is significantly smaller while still delivering 90% of the performance of a Kepler SM. For the GTX 980 they packed in four GPCs, 16 Maxwell SMs, and four memory controllers. This gives you a total of 2048 CUDA Cores. When going back and looking at previous models like the GTX 780 , GTX 780 Ti, and the GTX 680 this is an especially interesting number. This is actually less CUDA Cores than both of the GTX 780’s by a fairly large number (the 780 TI had 2880), it does beat the 1536 that the GTX 680 had though. Basically Nvidia is saying that they can match or beat the performance of Kepler using even fewer CUDA cores, showing off Maxwell’s efficiency. All of this means a small die size when compared to the GTX 780 551 vs 398 while still being manufactured at 28 nm. 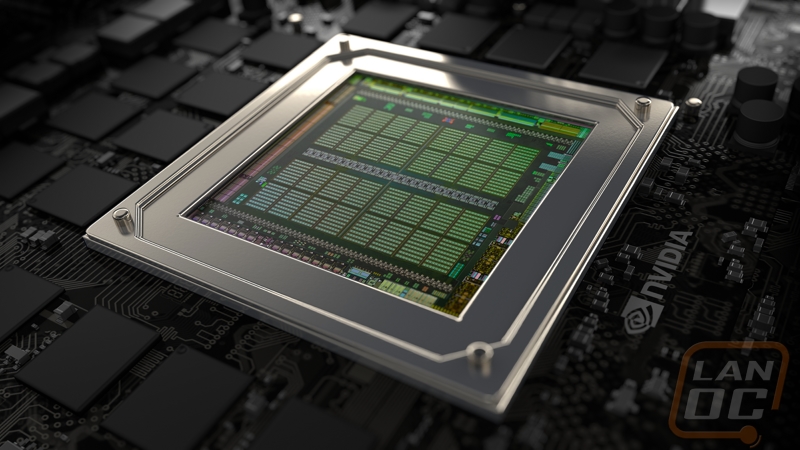 Alongside of the hardware improvements Nvidia is also launching a few new features into their drivers as well. One of the most interesting to me is what they are calling DSR aka Dynamic Super Resolution. Nvidia has recognized that for some games the power that today’s GPUs gives you is a little overkill at resolutions like 1080p. Rather than just stack faster framerates on top of already fast frame rates they have developed DSR to improve the image quality that you see when playing. They are able to do this by actually rendering your game at a higher resolution and then scaling it back down. While doing that they are able to bring out a little more detail. You obviously wouldn’t want to do this with a game that is pushing the limits of your card, but there are a lot of games that the GTX 980 handles easily at standard resolutions. Below I have put together a couple images to show you the difference in detail that you can see in Battlefield 4 with DSR turned off and then turned on. If you are taking advantage of Geforce Experience to set your game settings DSR will be auto enabled in situations where you will benefit from it. 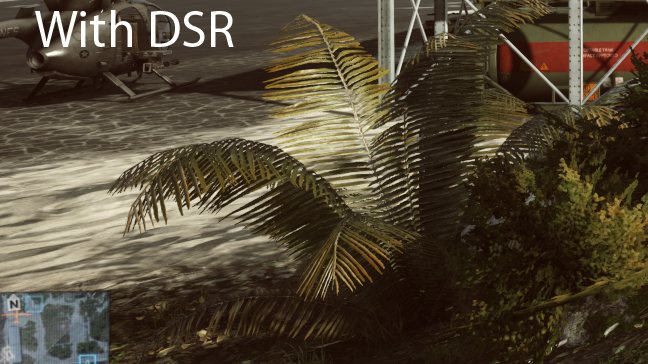 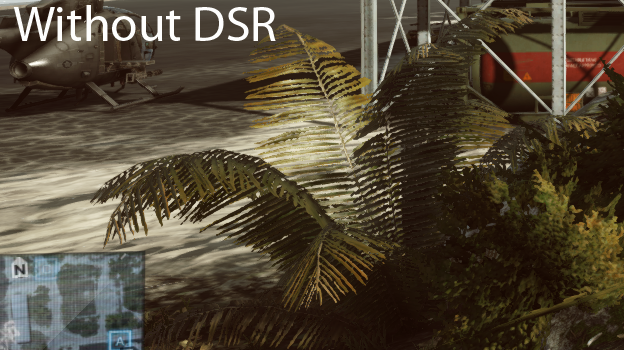 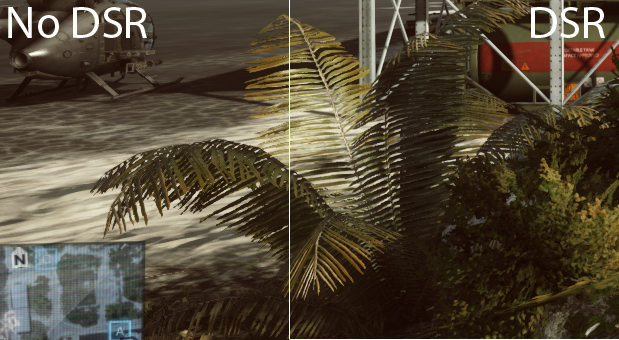 We have 1284 guests and no members online