Now that we know that Maxwell can perform, we just need to find out what you can expect from the GTX 750 Ti while actually gaming. To do that I ran through our benchmark suite of 11 different games. The test suite consists of a range of modern games, hopefully a few will help you determine how well the GTX 750 Ti will perform for you.

Before I look to see how well the card performed compared to the other cards, I took a look through the results to get an idea of how well it handled all of the games running on their highest settings at a resolution of 1920 x 1080. Of the 11 games 9 of the games had an average of 30 frames per second or more. That is what most would consider playable. Of those 9, two were above 60 FPS with a third being just a few FPS short. 60 FPS would typically be considered completely smooth. While its obvious that the 750 Ti doesn’t hold a candle to the high dollar video cards we sometimes get in. It is still very impressive that so many of the games in our benchmark suite resulted in more than playable FPS. The few that were a little lower should only require a couple setting changes to enjoy them as well. 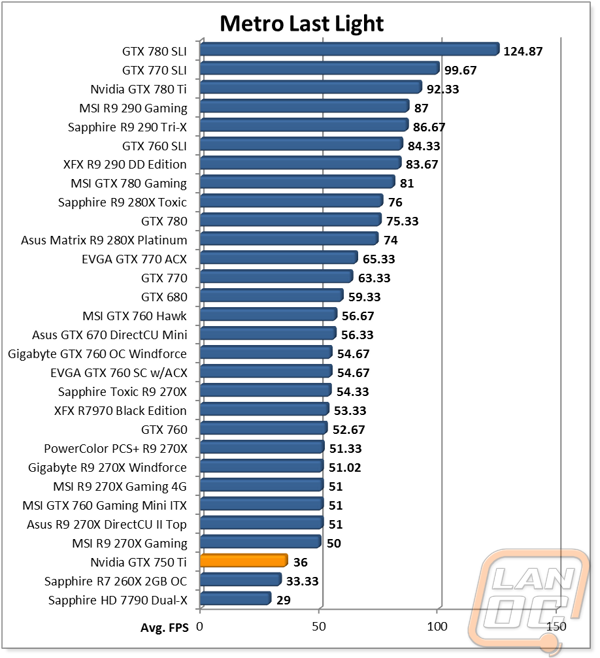 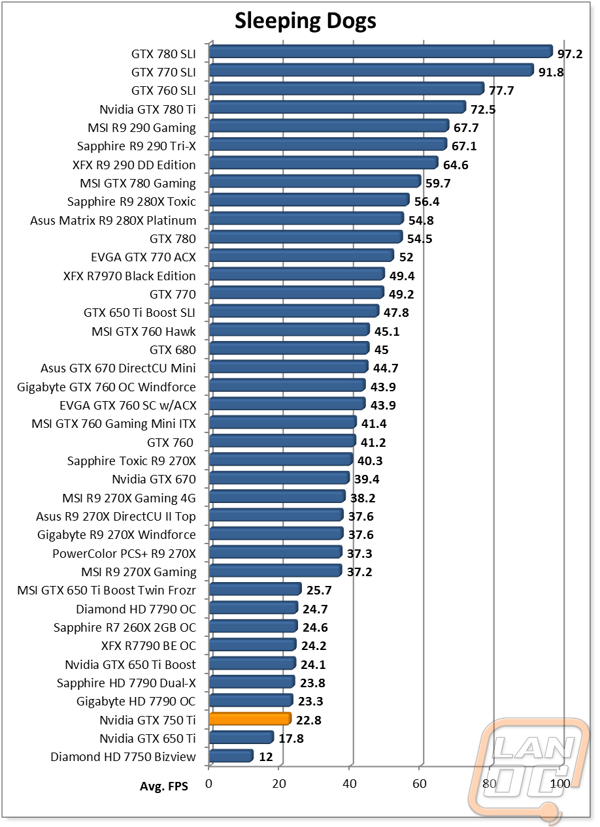 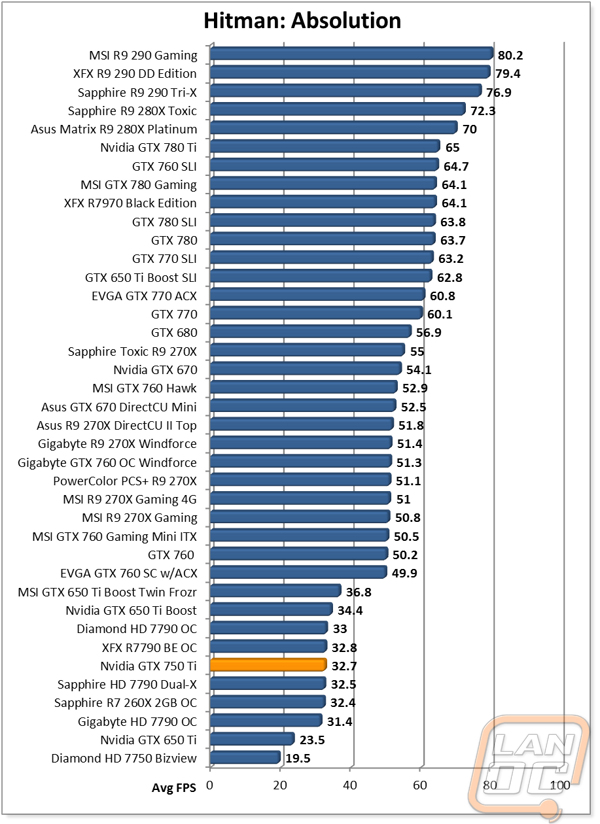 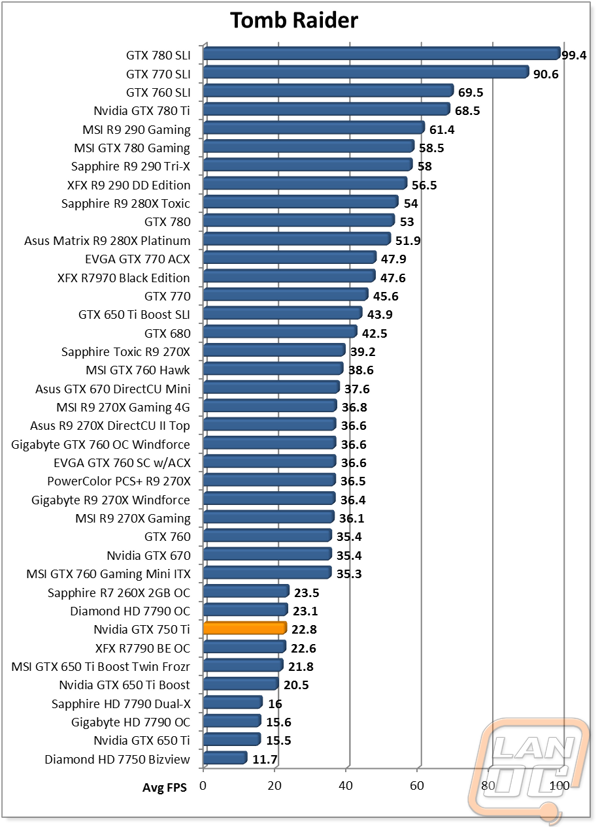 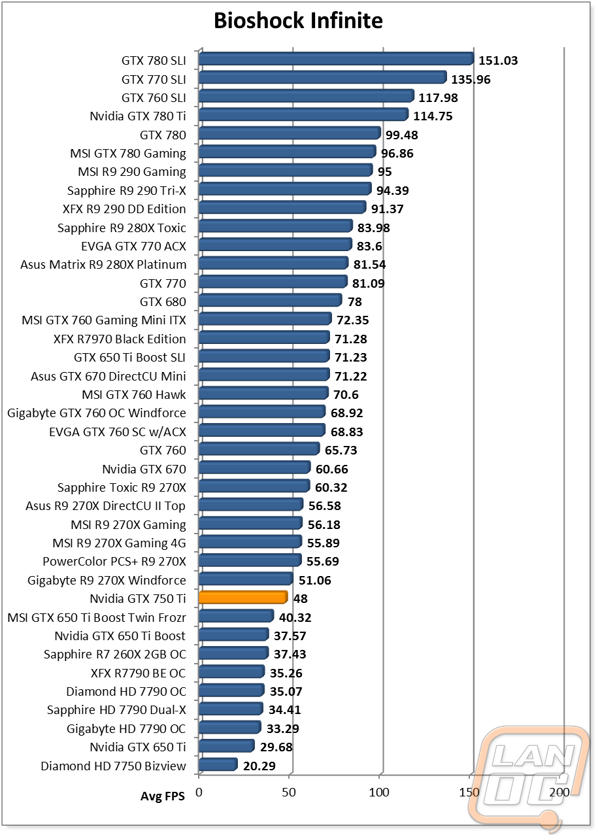 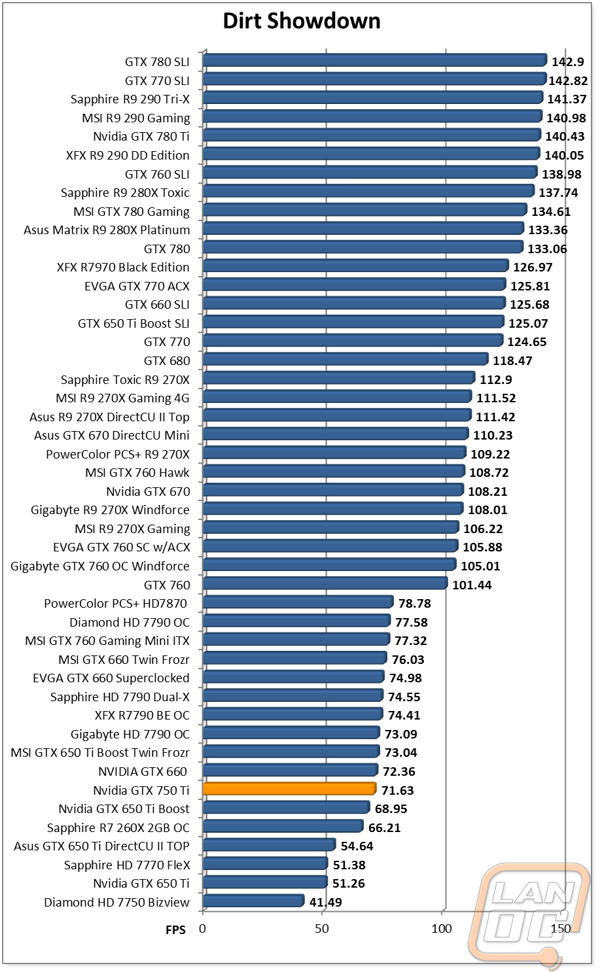 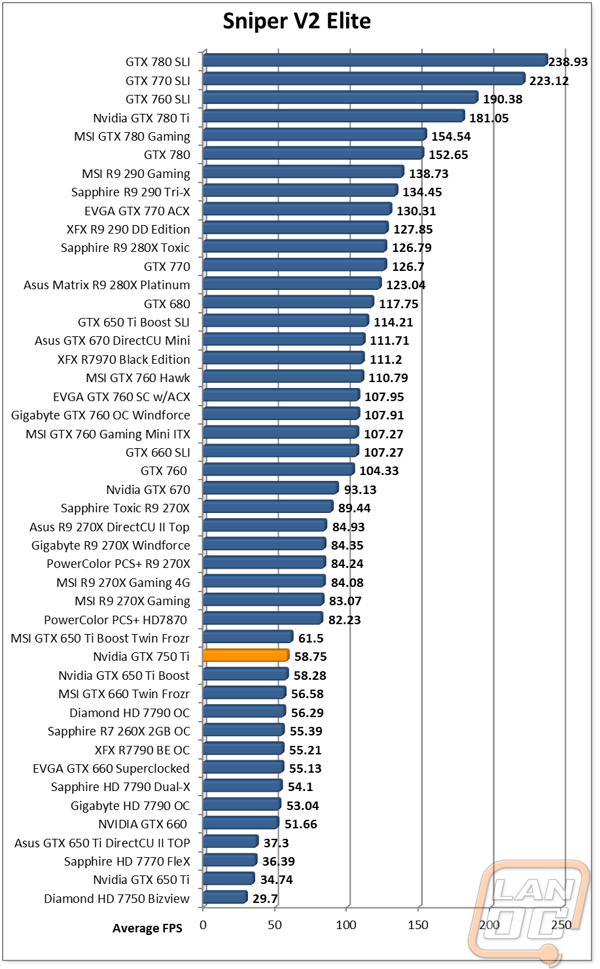