Nvidia designed the GTX 750 Ti and Maxwell as a whole to be very power efficient, so going into our power and cooling testing I am extremely interested to see how it compares to previous cards. To put things to the test I ran the 750 Ti through Heaven Benchmark 4.0 to test its peak power usage in game. As you can see below, with a peak power usage of 262 watts the GTX 750 Ti was the second lowest power usage in our charts. Maxwell is obviously a lot more power efficient. 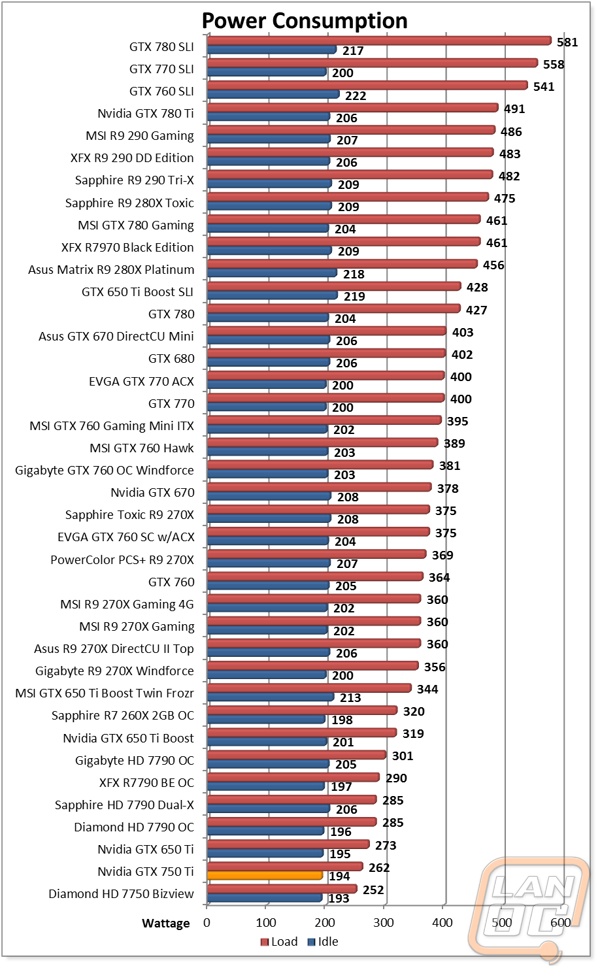 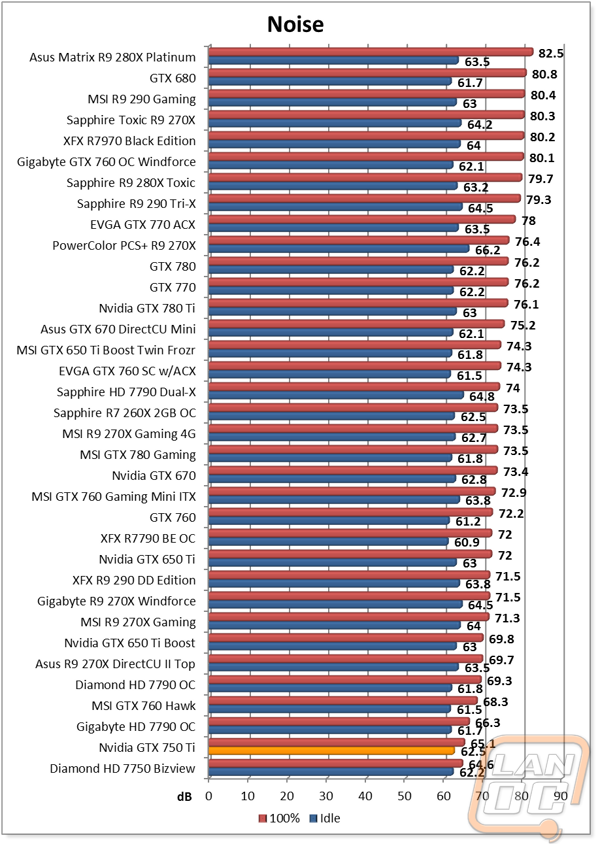 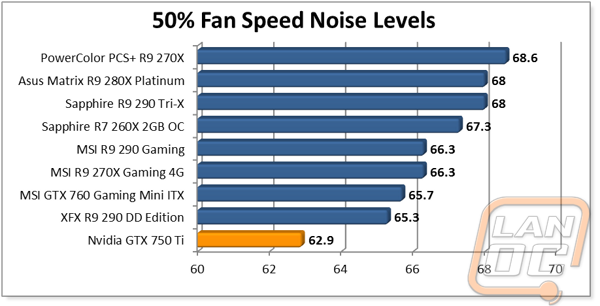 I ran the GTX 750 Ti through the Unreal Benchmark 4.0 on loop to heat things up. The peak temperature of the 750 Ti was down near the bottom of our charts once again, this time tied with a few other cards at 59 degrees. Even with its small heatsink Nvidia still managed to keep things cool. I suspect that this should mean a lot of overclock room, especially on cards with aftermarket coolers like the DirectCU cooling from Asus or Twin Frozr from MSI. 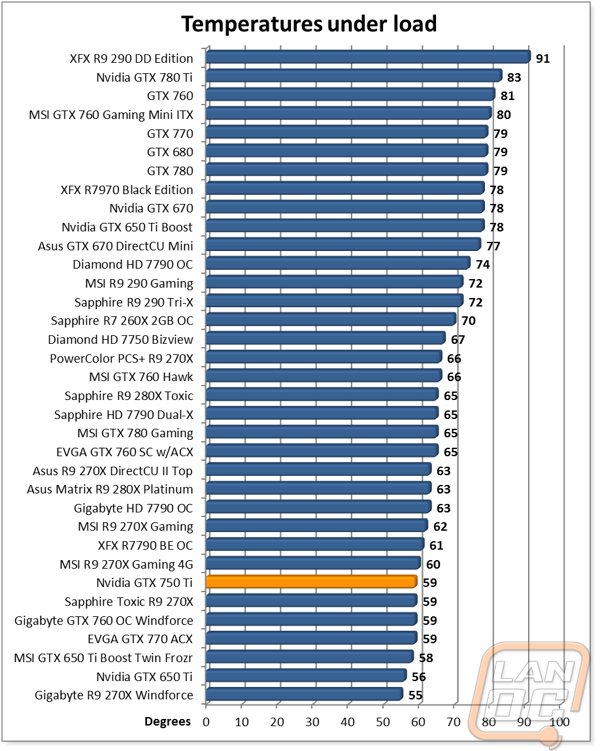