The reference GTX 750 Ti isn’t all that exciting of a card to look at, but I think this is one of those situations where the fact that Nvidia was able to improve performance and lower wattage to the point where a large heatsink to catch your eye wasn’t needed. The 750 Ti PCB is similar in size to the GTX 760 reference PCB but its one and a half slot design is smaller and begging for an aftermarket cooler. What is especially interesting is the 6 pin power connection mounting point up in the top right corner. The 750 Ti doesn’t require it, but I wonder if this could be a sneak peak at another model that will share the same PCB. 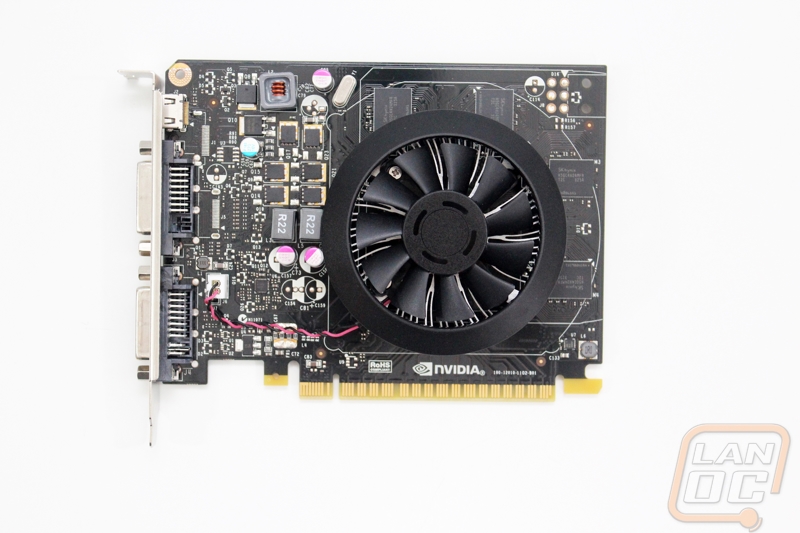 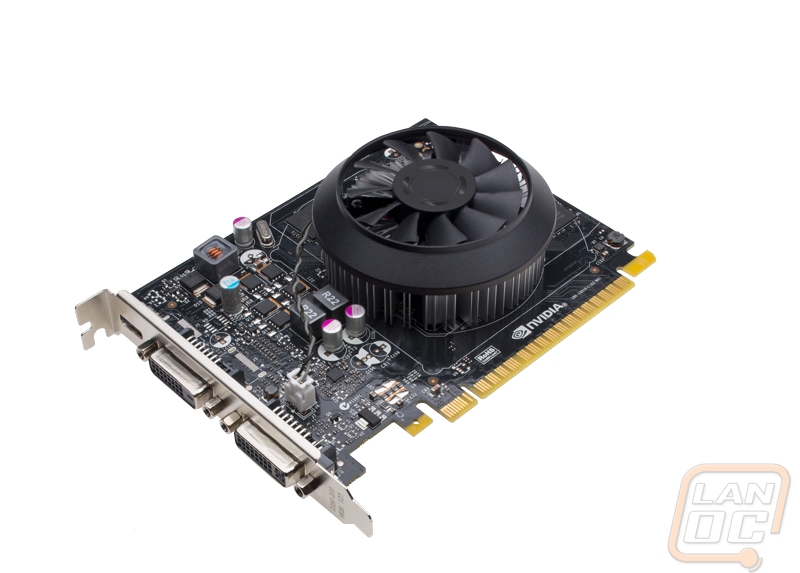 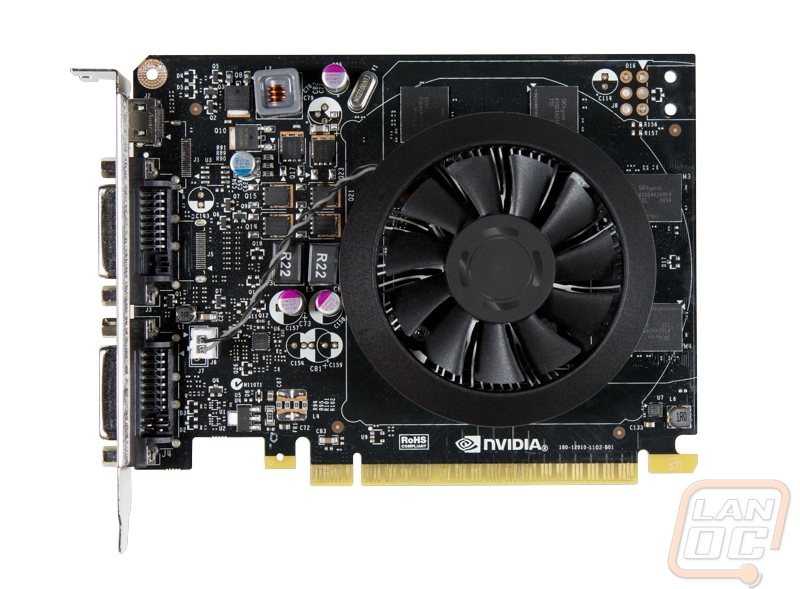 The heatsink Nvidia went with here on the reference design is the same cooler that we saw previously on the GTX 650. The GTX 650 Ti had higher power requirements so it had a larger heatsink, this is a little clue on the GTX 750 Ti’s lower power requirements and heat output. The heatsink itself reminds me a lot of an Intel stock heatsink or even the oldschool GPU heatsinks before we went to dual and triple slot cards for nearly everything. 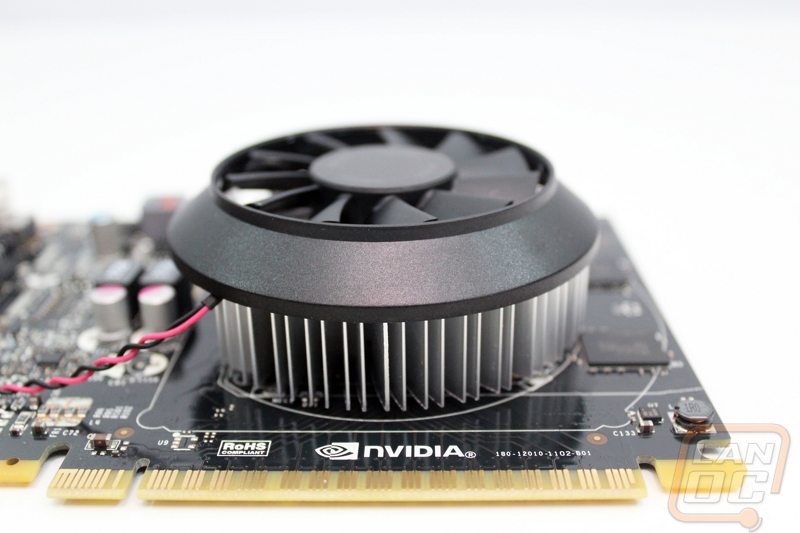 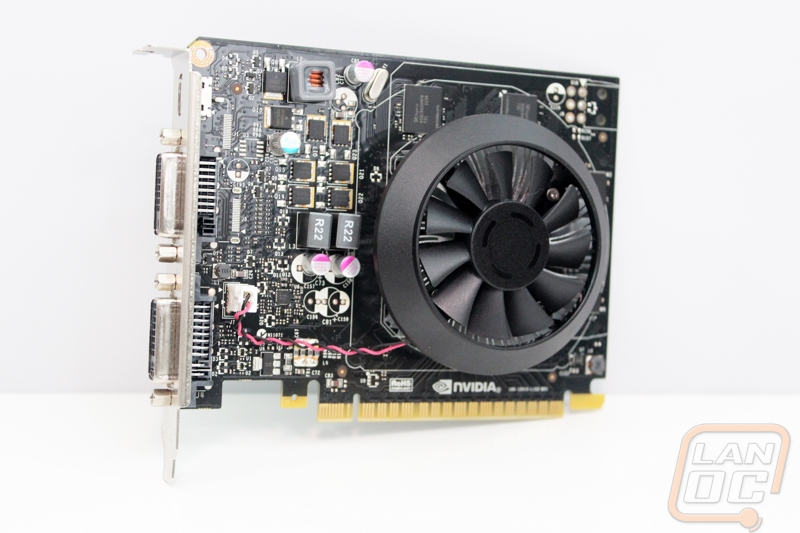 Typically I would be talking about SLI bridge connections and power connections right about now. But the GTX 760 Ti only pulls 60 watts, keeping it low enough to run directly off of the PCI Express slot for power. The GTX 650 Ti that this card replaces did require a 6-pin with its 110W TDP, so this is a nice improvement. This should be great for people looking to get an upgrade on their OEM manufactured PCs that don’t have extra power connections available on their power supplies. Without an SLI bridge the GTX 750 Ti does not support SLI, this isn’t a big surprise with the GTX 650 Ti going the same route. 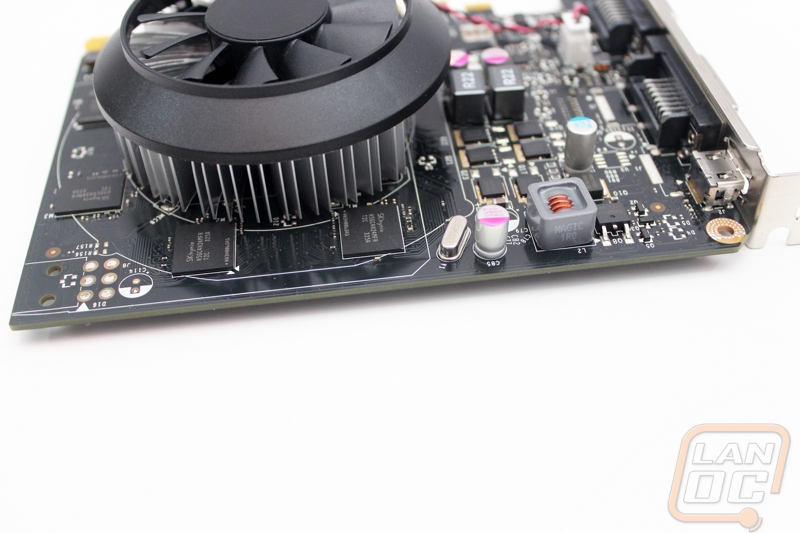 The GTX 750 Ti is a one and a half slot wide card. The PCI slot itself is single but the cooler is taller preventing you from being able to run a card in the slot directly next to it. For video connections you will get two DL-DVI ports and a mini-HDMI plug. I hope that other manufactures consider running a full sized HDMI when they have the chance, a card like this that doesn’t require a power connection could be very useful in HTPCs or Steamboxes. Having a full sized HDMI plug would come in handy and not require people to have to pick up a special cable. 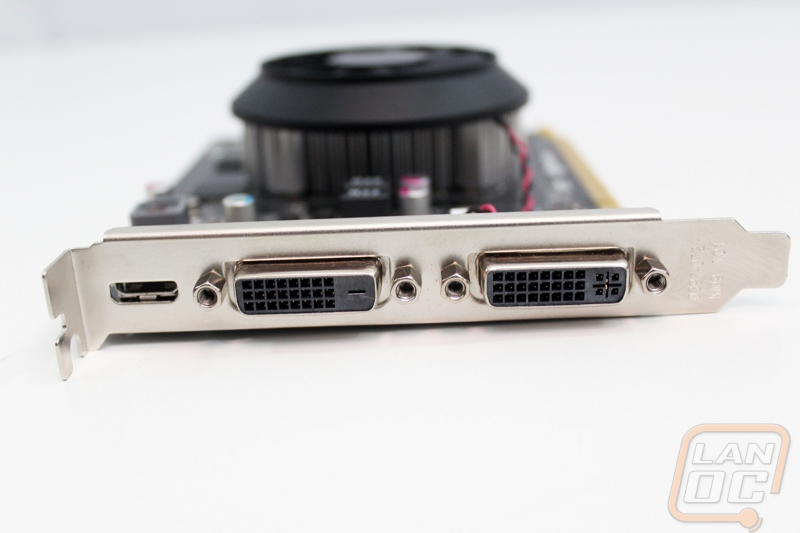 On the flip side of the card there really isn’t too much going on. There isn’t a GPU support bracket or a backplate, nor is one needed with a card of this size/weight. Nvidia did go with a black PCB, but I would expect to see other variations from a few of the other manufactures. 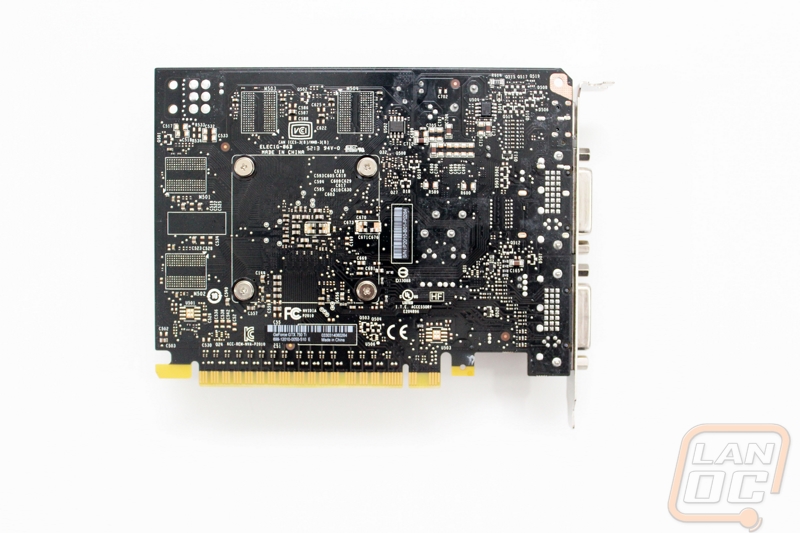