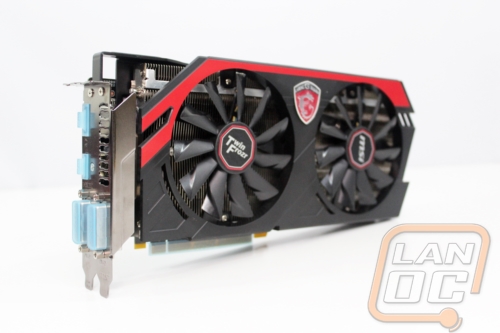 Truth be told, at first glance you might be hard pressed to spot a difference between the R9 290 Gaming compared to one of their GTX 780 and GTX 780 Ti Gaming models or for that matter even the R9 280X Gaming. That isn’t really a bad thing though. MSI has come up with a design that works extremely well both with its aesthetics and its cooling performance. So why change something if it isn’t broken. The R9 290 Gaming has the same red and black fan shroud that sets all of their Gaming Series cards apart from other Twin Frozr cards. In the middle of the card you have the Gaming Series badge as well. The cards cooler is taller than the PCB itself and it stands up over the top of the PCI bracket as well. This shouldn’t be an issue, but is something to keep in mind if you are working in a case with very little room above the video cards. 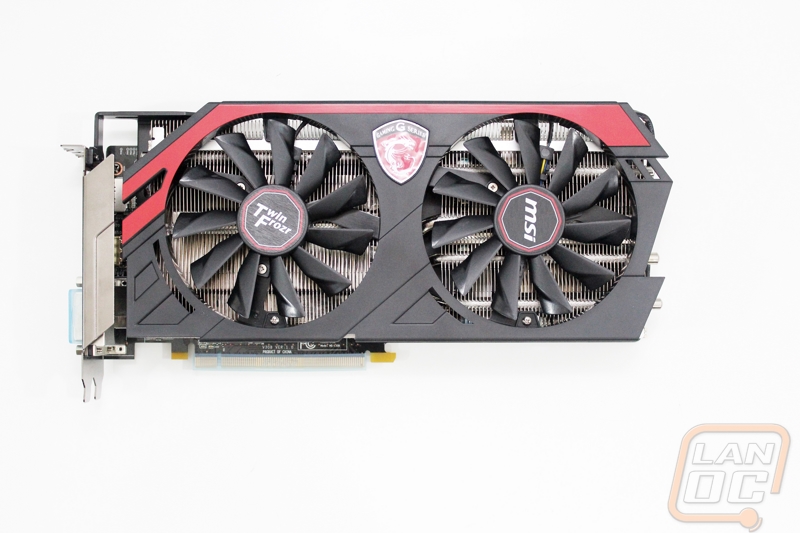 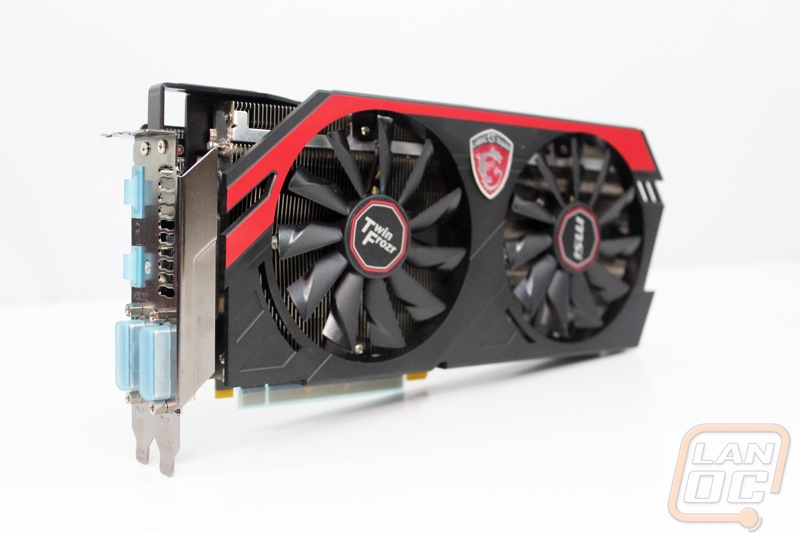 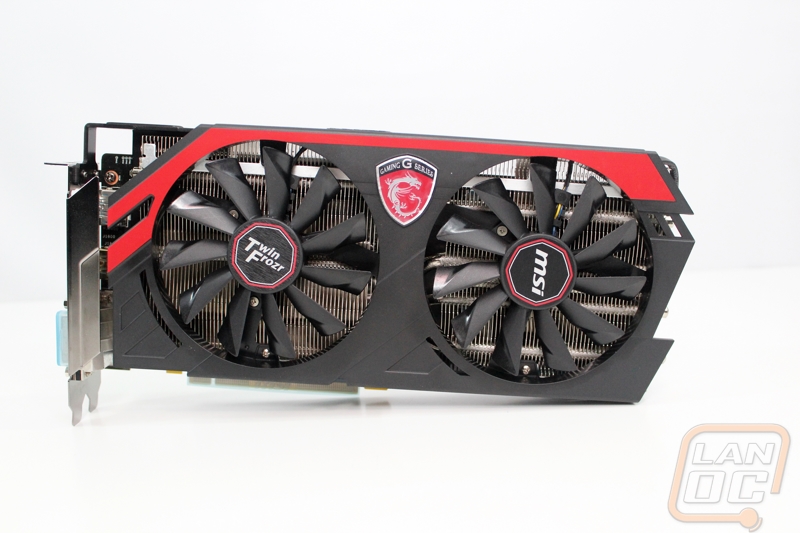 Just like past Twin Frozr models the overall fan shroud design is actually really open when you look beyond the side view and see that there is room for air to vent on the top side and bottom of the card. The heatsink design of this and many other aftermarket coolers is designed to push air down over the heatsink where a typical reference cooler pushes air sideways across the heatsink to push it out the back of your PC. This design allows for a much larger heatsink helping cool things more. The Twin Frozr design uses four heatpipes to pull the heat from the GPU out over the heatsink where the fans can dissipate the heat quicker. 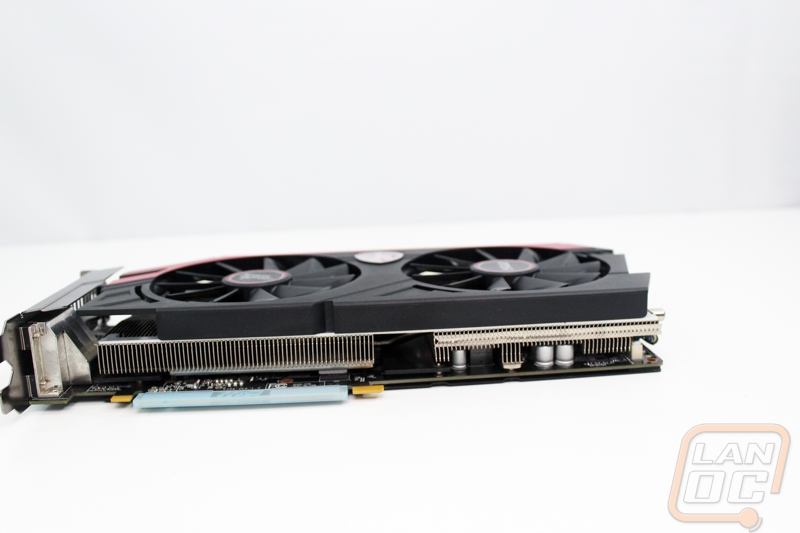 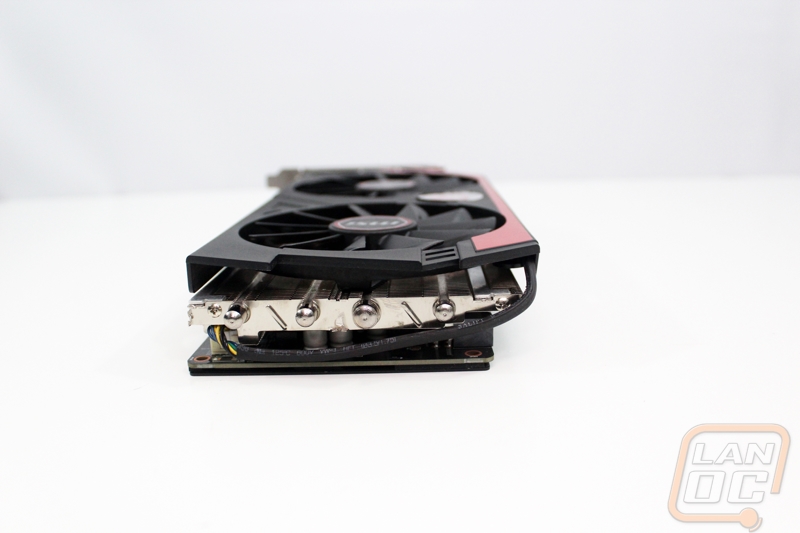 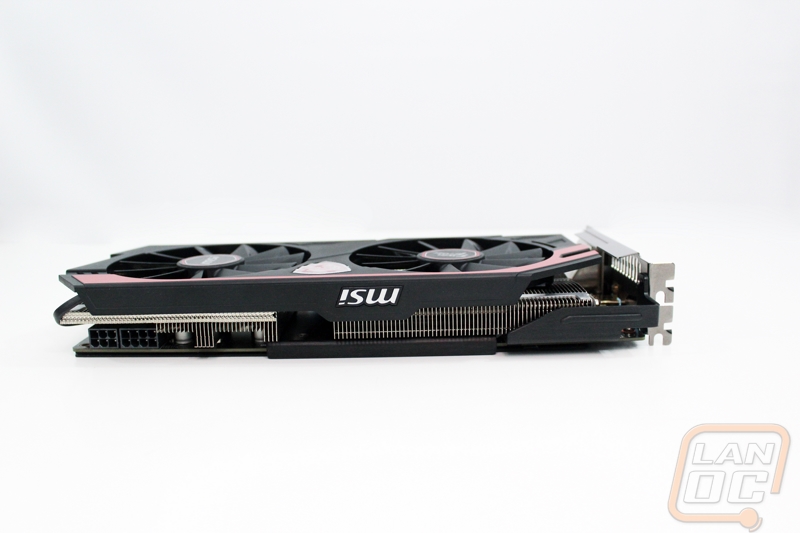 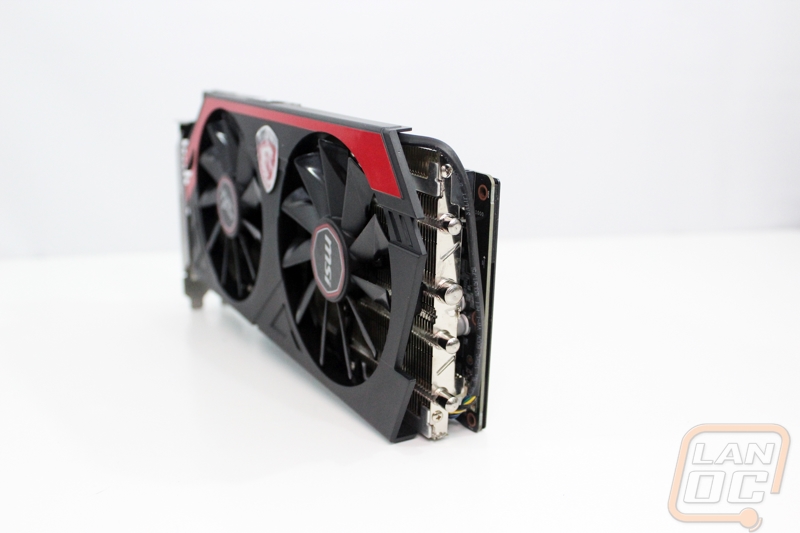 Tucked in up under the Twin Frozr’s heatsink are the 6-pin and 8-pin power connections that you will need to power this monster. 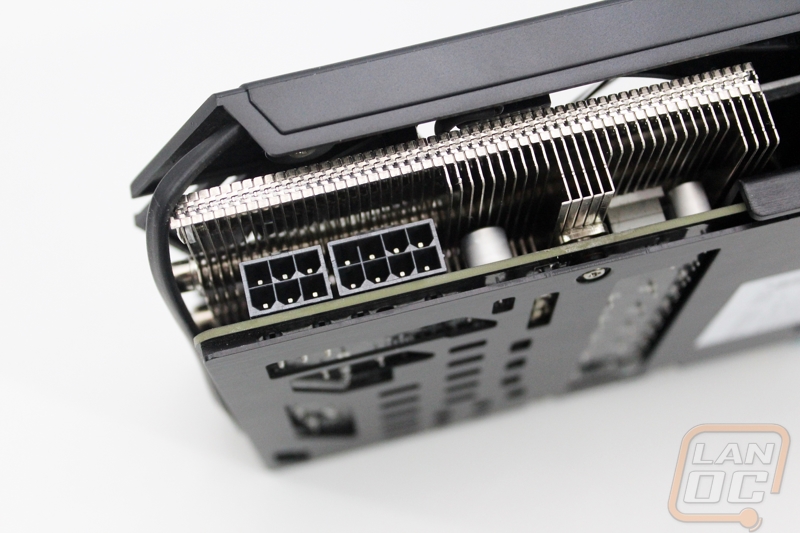 The back panel of the R9 290 Gaming has no surprises. MSI went with the same double DVI, HDMI, DisplayPort configuration that I have seen on most video cards over the past few years. As usual they also included covers and plugs for all of the connections you won’t use to keep the dust and dirt out. There is a small vent cut into the back, but as mentioned before very little airflow will go in or out of it due to the cooling configuration. 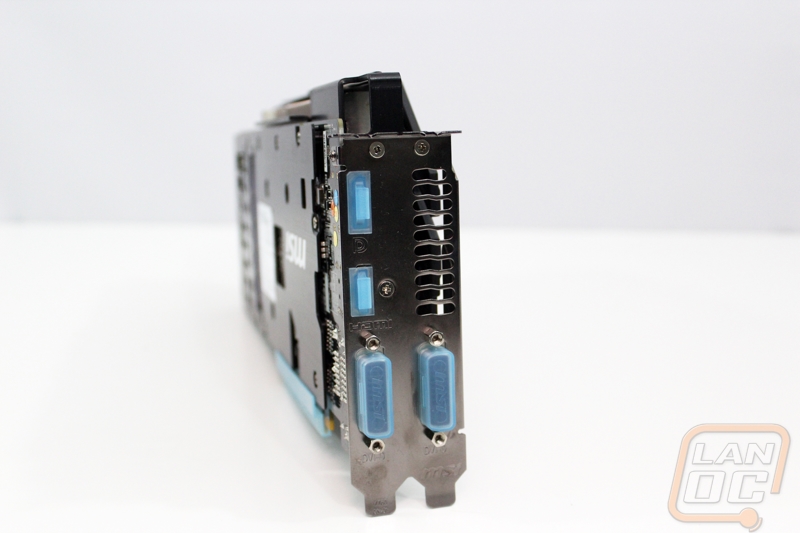 Around on the back side the R9 290 Gaming has a full black backplate. This gives the entire card more structure and also protects the back of the card from any damage when you are handling it. More than anything though it gives the card a little styling when it is installed and you can’t see the cooler at all. Putting the MSI logo on the backplate upside down was a nice touch, when installed that will read perfectly. 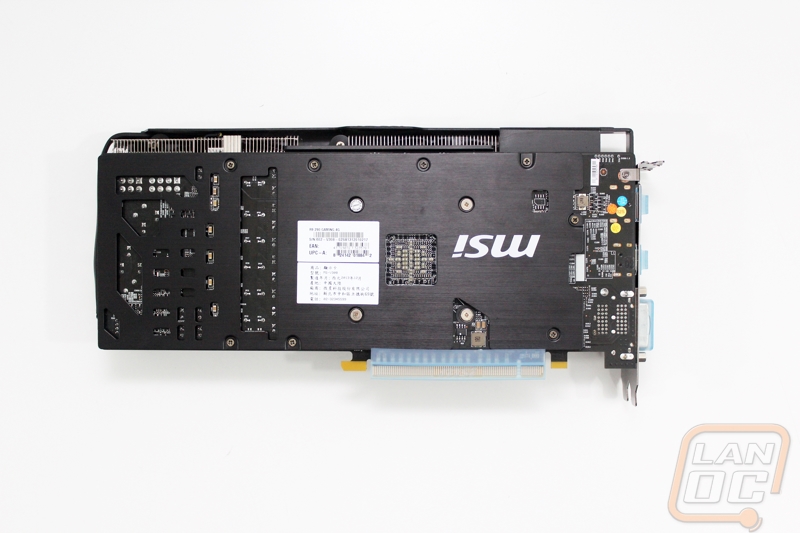 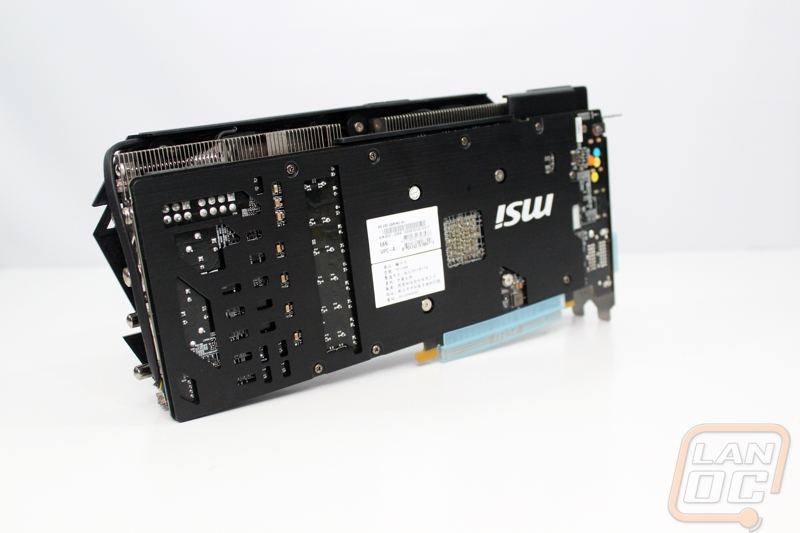