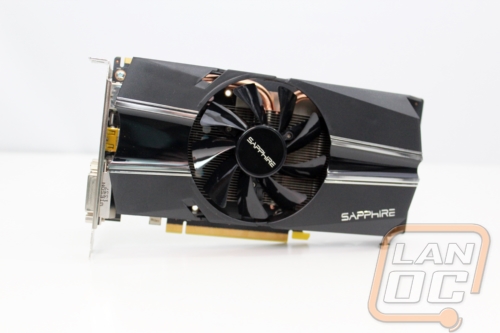 Although the R7 260X is a budget card, Sapphire still invested in its styling and cooling design. They didn’t go with a triple fan design like with their Tri-X cards, but even the single large fan should push enough air to keep things cool. Around the heatsink they included a black and chrome plastic fan shroud that gives the card a clean look that should be at home in nearly any build. 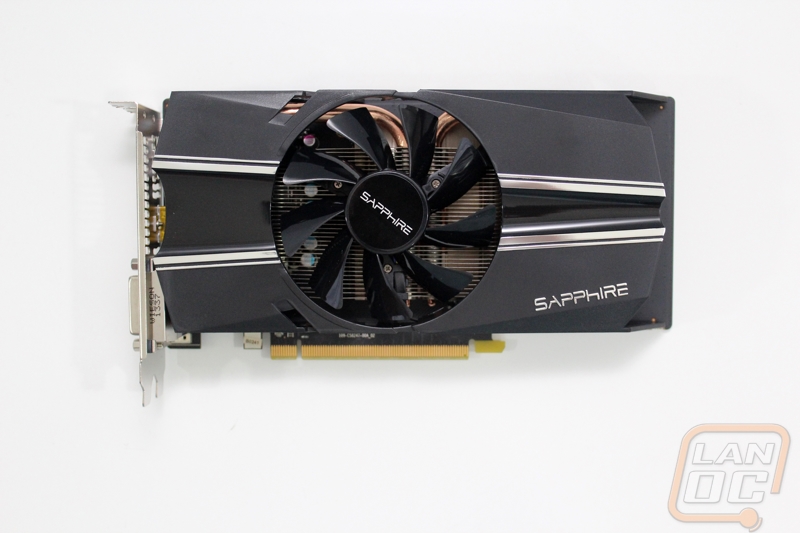 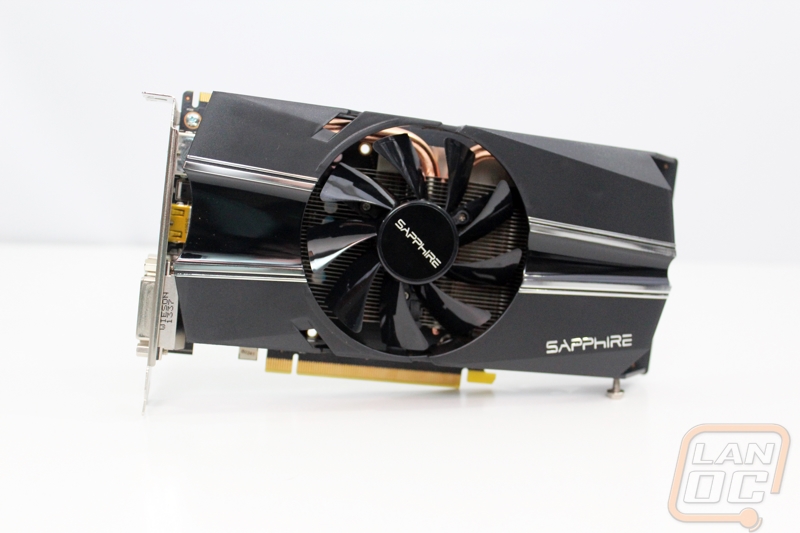 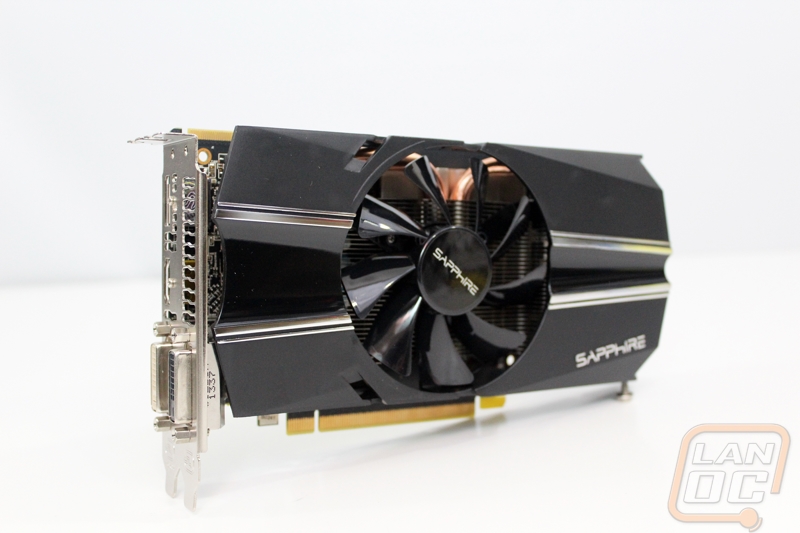 Even though Sapphire does use a fan shroud to direct the cards airflow, the R7 260X is still much more open than a standard reference design. Along the top and bottom of the card we can get a good peak of the heatsink under the fan shroud as well as the cards heatpipes that pull the heat from the GPU out over the heatsink. This design allows for some of the air to vent into the case after blowing over the heatsink. This is different from a reference design where they try to force all of the air out of the back of your PC. The most interesting part of the 260X is the end of the fan shroud. Sapphire left a large open area where the fan shroud design looks like it should have a longer heatsink that fills up the space. I have never seen a card have something like this and I really wish I could explain where they were going with this but it is just unusual. 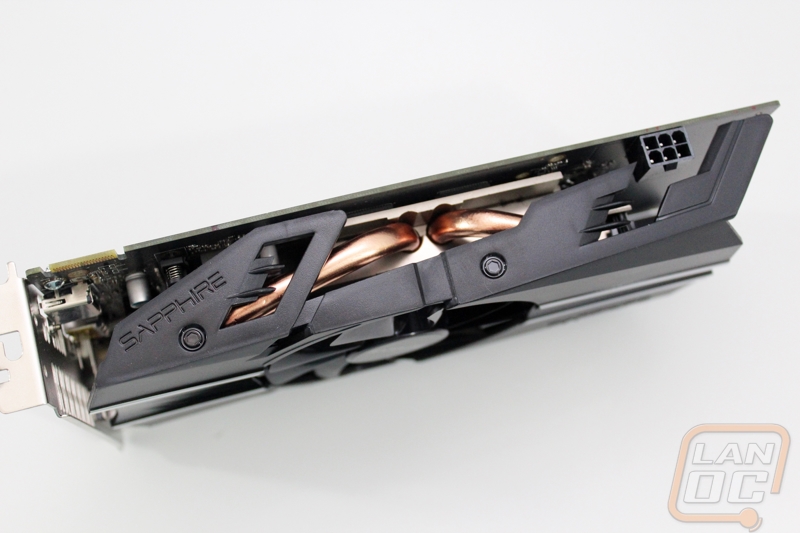 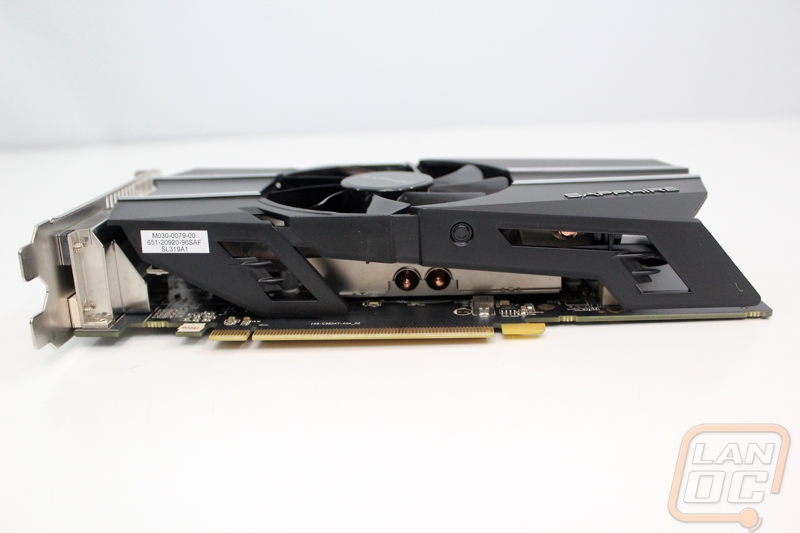 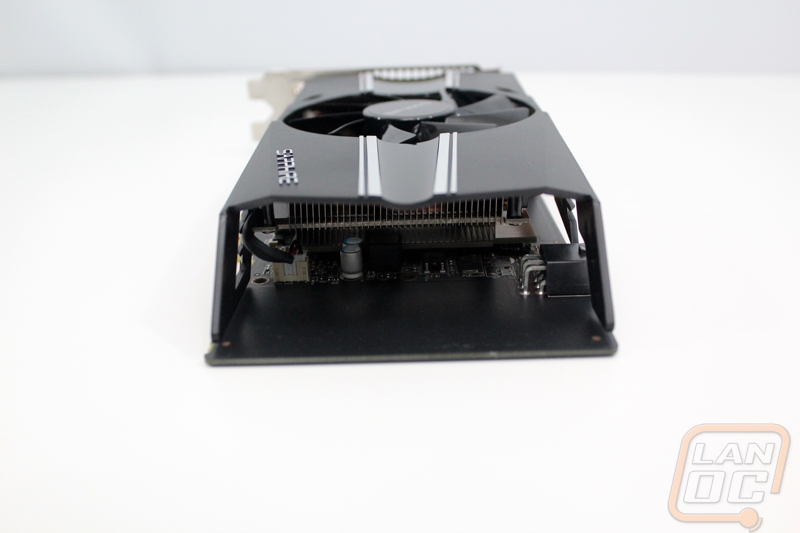 The 260Xs fan shroud is notched out along the top to fit the cards 6-pin power connection. With the card only requiring just the single power connection most PCs should be able to support the 260X without replacing their power supply, just to be sure Sapphire included a Molex to 6-pin adapter. 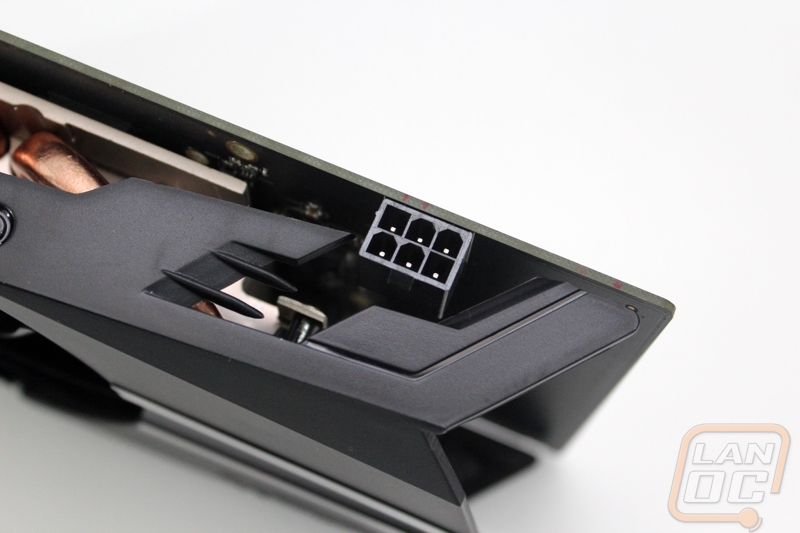 Up along the top edge of the 260X you do get a single crossfire connection. That means if you decide later that you would like a little more power you can pick up a second card without having to invest to much more and have to deal with selling cards. 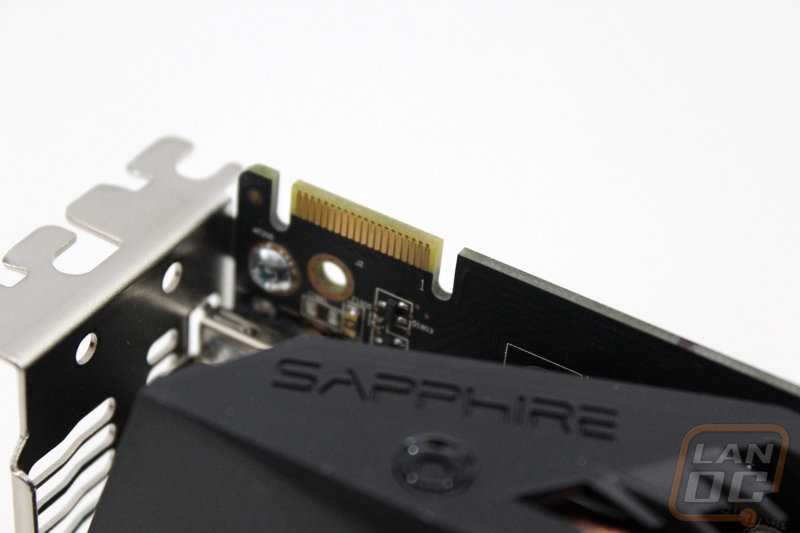 Out on the end of the R7 260X Sapphire slipped in two DVI ports, one with analog pass-through and the other without. You also get full sized HDMI and DisplayPorts with ventilation taking up the rest of the PCI slot. This is a little different than the other R7 260X that Sapphire has available that only has a single DVI but also uses a different cooling design and PCB. 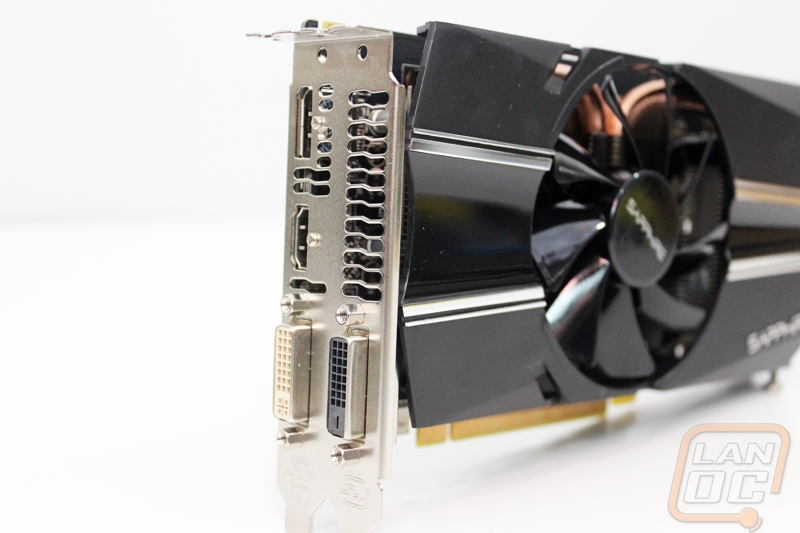 I talked about it a little before but the design of this card was very unusual. This is most obvious when you flip the card over and get a good look at the PCB. That same cavity in the fan shroud on top really has nothing going on the PCB. Sapphire extended the PCB out nearly two inches and the only change they made was with the location of the 6-pin power plug being moved out only slightly. Typically an extended PCB like this helps fit a longer heatsink on the other side of the card, but this time around Sapphire didn’t do that. I really have no idea why they went this route, but in the end it won’t cause any issues as well. That is of course assuming you don’t need a shorter card. 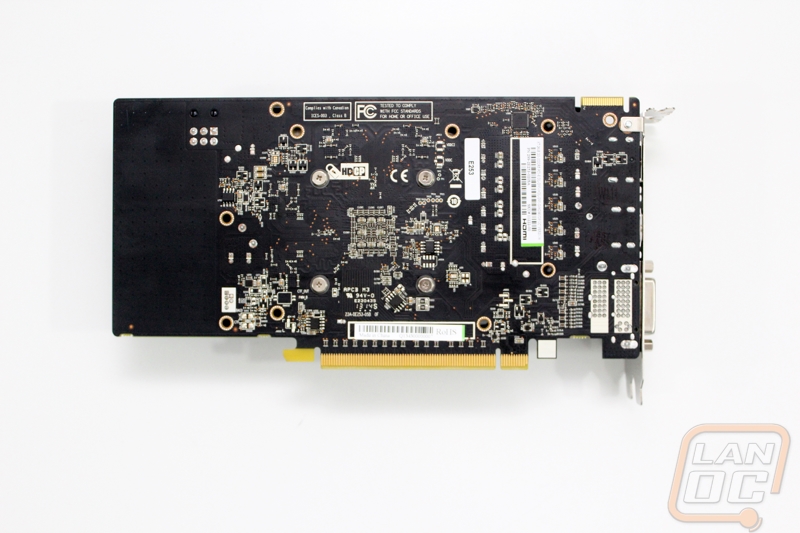 garfi3ld replied the topic: #34069 14 Feb 2014 16:32
Before we get into the weekend, I thought it would be a great chance to check out a budget friendly card from our friends over at Sapphire. If you don't save up enough for a small card for your PC builds, this could be your next video card!
Read More...