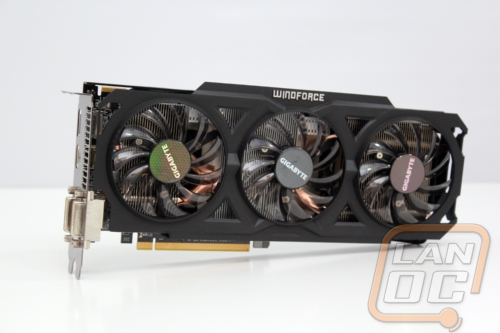 With a card like the Gigabyte R9 270X Windforce I love seeing how it performs in our cooling, noise, and power testing. The reason for that is because with each card having a unique cooling design and an overclock you see major differences in performance here while the differences between similar cards in other performance categories are typically much smaller. To start things off, I jumped right into temperature testing, I expected the R9 270X Windforce to perform well with its three cooling fans as well as my past experience with the GTX 760 OC Windforce was impressive as well. This card however managed to impress me even more. My results ended up being the lowest I have tested. This is partly related to how Gigabyte configures their fan speed profiles, but having a giant heatsink with three fans on it must have played a big role as well. 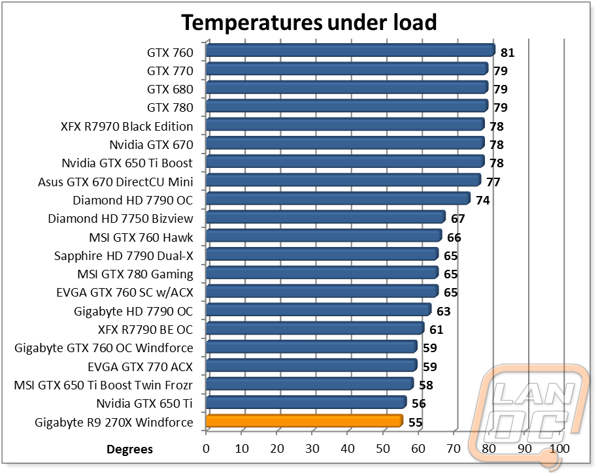 For noise performance I wasn’t sure what to expect. Typically the more fans on the GPU the higher the noise levels on both idle and 100% load test. In this case the idle results were nearly at the top, but the 100% load results were much better. This means that even with three fans, Gigabyte created a design that has little wind resistance to create noise at speed; I would say that a lot of this can be credited to the open design of the top support bracket for example. 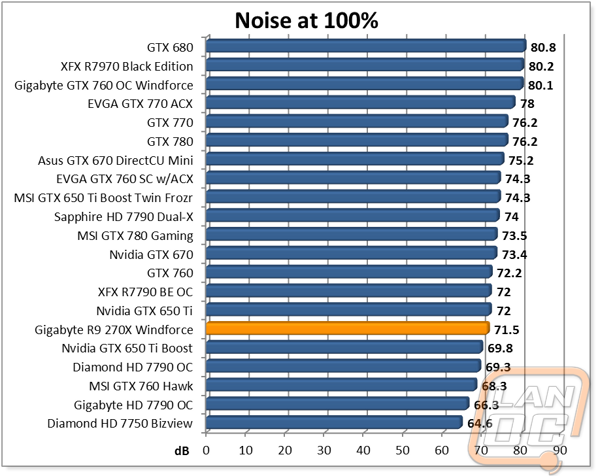 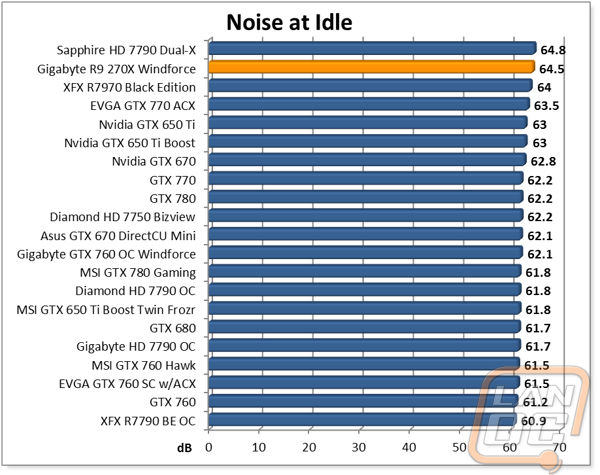 Power consumption for the Gigabyte R9 270X Windforce at idle came in as one of the lowest on our charts, with only a few lower powered cards edging it out. Of course load performance is the most important and at 356 watts under load the R9 270X Windforce did pull a little power. This put it in below the GTX 760 reference card, the same card that AMD suggests be put against the R9 280X. Sadly I didn’t have a GTX 660 in my test results to get a direct comparison to what AMD is putting this card against, but the GTX 650 Ti Boost came in 37 watts less than the R9 270X Windforce. 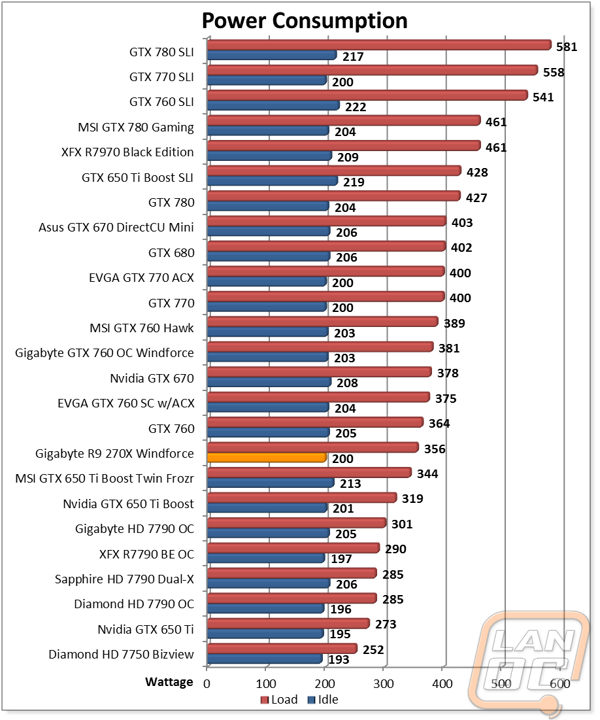