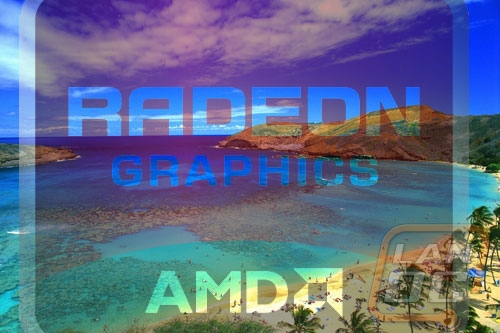 If you have been paying attention at all, there has been a lot of talk about what AMD has been up to on the video card side of things. Part of this is related to them inviting some of their press and partners out to Hawaii to show off their upcoming product launch. Why Hawaii? Well this follows their islands name scheme. For those who didn’t make it out there they did a live video stream as well. There they showed off information about the cards but avoided specifications and major details. In place they focused on details about their new focus on in game audio for example.

While some sites are launching their reviews of the new cards, we have to wait a little longer because what I have on hand are not reference cards. While you wait I’ve put together a little bit of the information about the new cards. Expect to see performance numbers here on LanOC soon as well.

To start things off, here is the original video that I spoke about.

Now to show off a little information about each of the cards being introduced today. Forgive me if each of these is a little short, I just wanted to make sure everyone gets the information. You will find more about them as I look at them more in depth as well.

To start things off we have the R9 280X. This is the highest card being launched today. This is the card specifically designed to work with Battlefield 4 with its 3GB frame buffer and 2,048 stream processors. It is basically the HD 7970 GHz edition with a newly designed fan shroud as well as Mantle and DirectX 11.2 support. Of course the price point is lower now dropping it down in competition with the GTX 760. 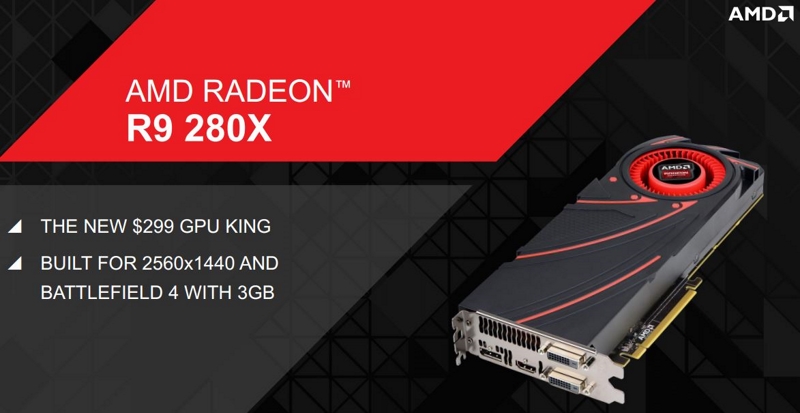 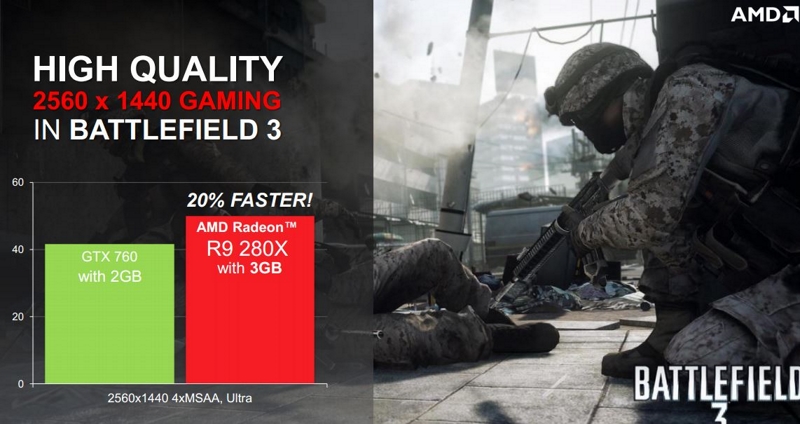 The R9 270X has a similar styling as the R9 280X but with a shorter length. Its price point is also $100 less as well and AMD places it up against the GTX 660 from Nvidia. Specs wise this is also a refresh. This time of the HD 7870 GHz edition but with a little boost in clock speed, giving it a little higher compute performance. From the numbers AMD provided, it looks to pull ahead of its Nvidia competition considerably in Battlefield 3, I can’t wait to put it to the test as well. 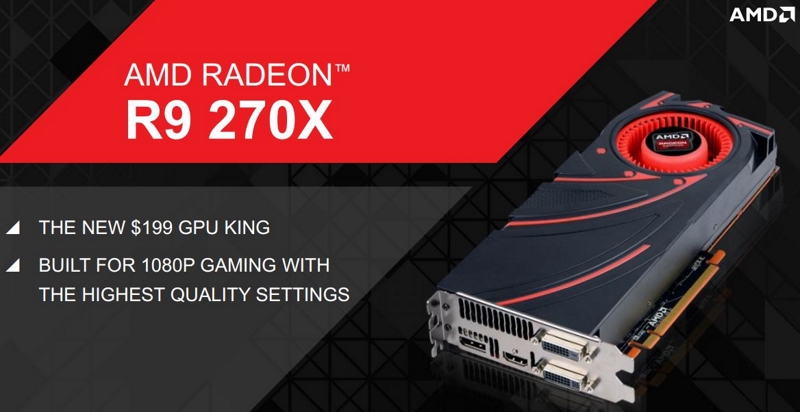 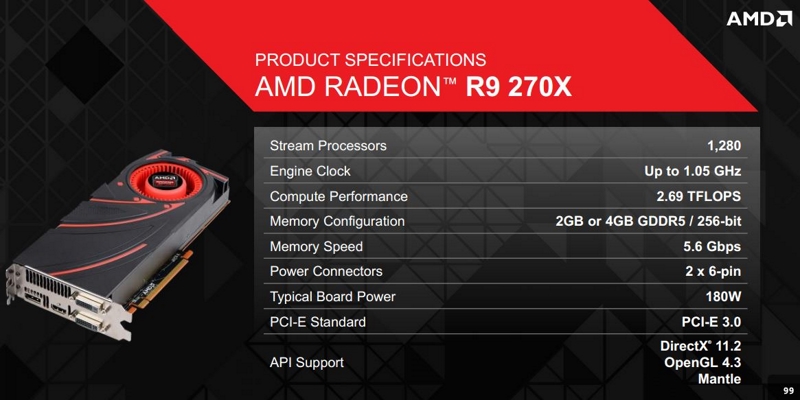 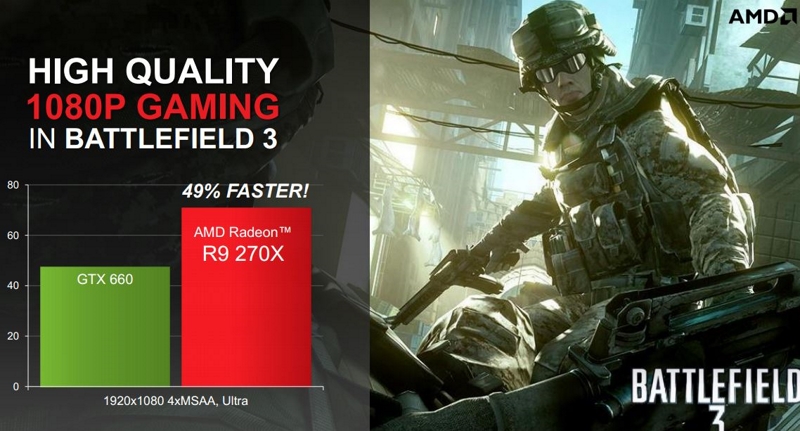 The R7 260X has a lower value on its R showing that it is a mid-range product, similar to the card that it is replacing. At a price point of $139 it shouldn’t break any banks while still offering up performance to outperform its competition from Nvidia with the GTX 650 Ti. AMD didn’t specify if this was the 1 or 2 GB GTX 650 Ti, we will see how it compares when we get one in to test. So you may be wondering if this is also a rebrand? Yes the R7 260X is based on the HD 7790. 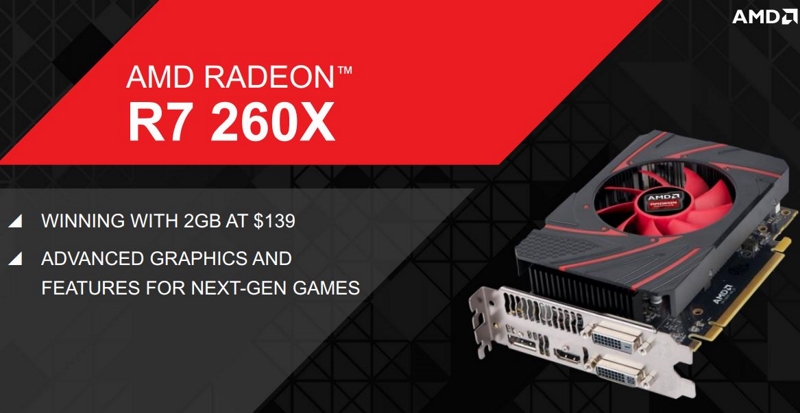 The last two cards being introduced are the R7 250 and the R7 240. Both are sub $100 cards with the R7 250 coming in at $89. The R7 250 seems to be an HD 7730 with a higher clock speed. The R7 240 is similar but with a lower clock speed and it is missing a few stream processors as well. I couldn’t find a comparable card in AMD’s last gen card lineup. They also didn’t provide a price in our information as well although I expect it to be well below the $89 price point of the R7 250 making the R7 240 a perfect card for someone who needs a little power in an HTPC for example.