Well we already knew what the reference GTX 760 would pull under load but even though the EVGA GTX 760 Superclocked w/ACX has the same TDP I had a feeling it would pull a little more with its overclock and dual fans pulling more power. Interestingly enough it pulled 11 watts more, just three watts less than the GTX 670 did when I tested it earlier this month. Oddly enough though, idle power was a tick less than the reference design, I’m guessing that the improved cooling pulls a little less power at idle because it doesn’t need to spool the fans up as much. 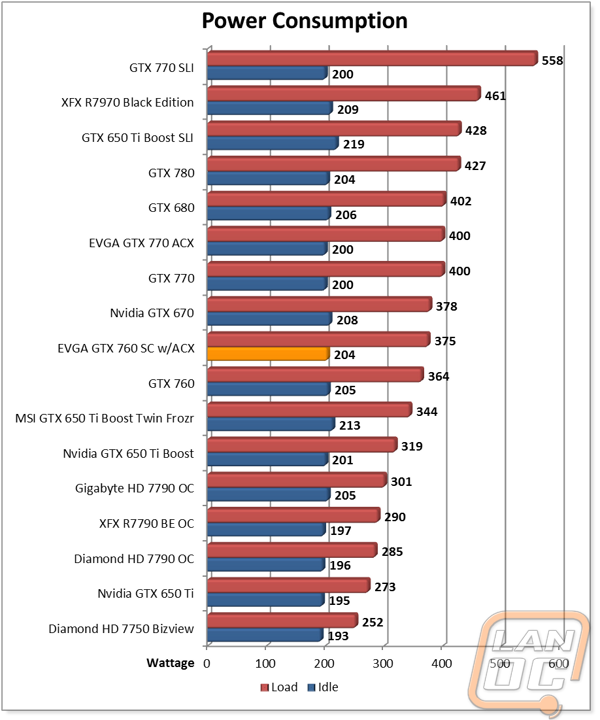 When it came to our noise testing, I was really hoping to see a big improvement over the reference card. I mean in the image that EVGA provided that shows off the ACX coolings features, a big portion of the design was focused on noise output with things like the dual ball bearing fans and a design that prevents the two fans from creating turbulence. Because of that I was a little surprised when the numbers at 100% fan speed show this card to be slightly louder than stock. What it comes down to though is the ACX cooling doesn’t need to run at 100% fan speed, so during every day use its going to be quieter, even though our tests don’t really show that. 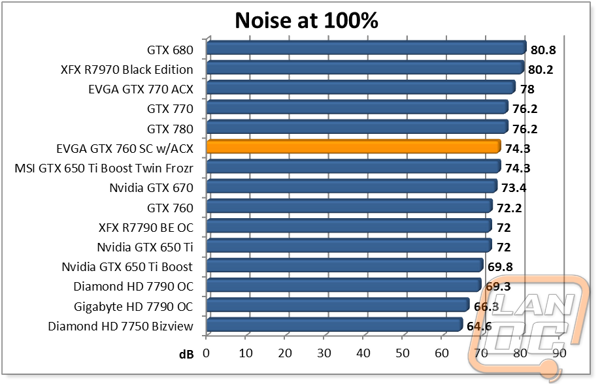 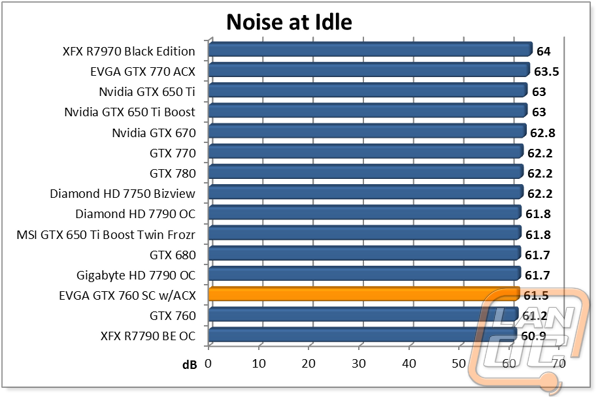 Speaking of that, part of keeping everything quiet is a design that runs cool so the fans don’t need to run as fast. After running the GTX 760 SC ACX through Unreal Heaven Benchmark 4.0 my results had the card considerably cooler than the reference design but also oddly enough it was warmer than the GTX 770 with the same cooling. This could be related to the higher clock speeds over the GTX 770 though, or it is possible that EVGA has adjusted their cooling profile a little. 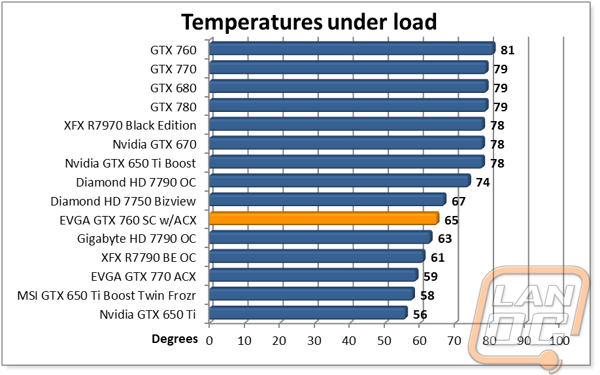