If I didn’t know any better I would think I was still looking at the GTX 670 or GTX 660 Ti. The GTX 760 shares the exact same fan shroud and design from the previous cards. It’s not really too big of a shock considering they also share a lot of the same design specification wise as well. Things like the new memory controller aren’t visible on the outside. Ironically this design actually matches the 700 series cards better than it did the 600 series of cards. This is because this design was made to look similar to the GTX 690, where the cooler design was pulled from for the Titan-GTX 780-GTX 770. Of course it is all black plastic where those cards were all metal. Hopefully I don’t forget and sit this next to my GTX 670 at any point though, I doubt I will be able to tell the difference without hooking them both up. 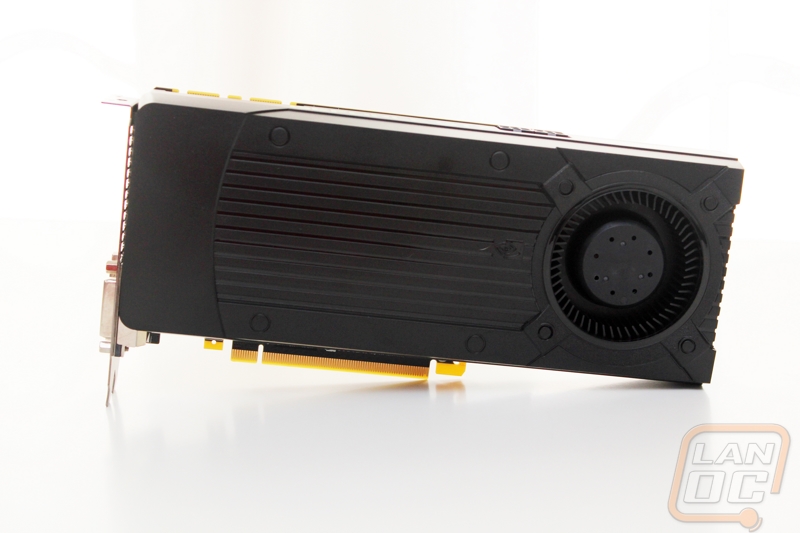 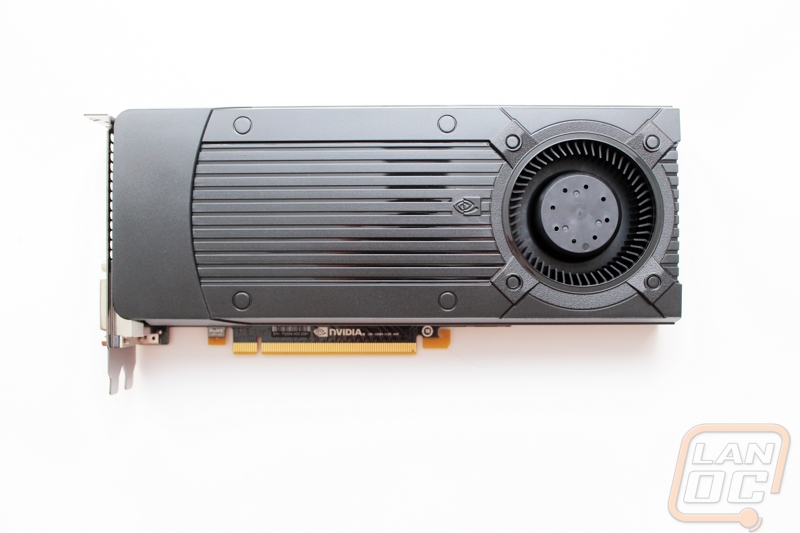 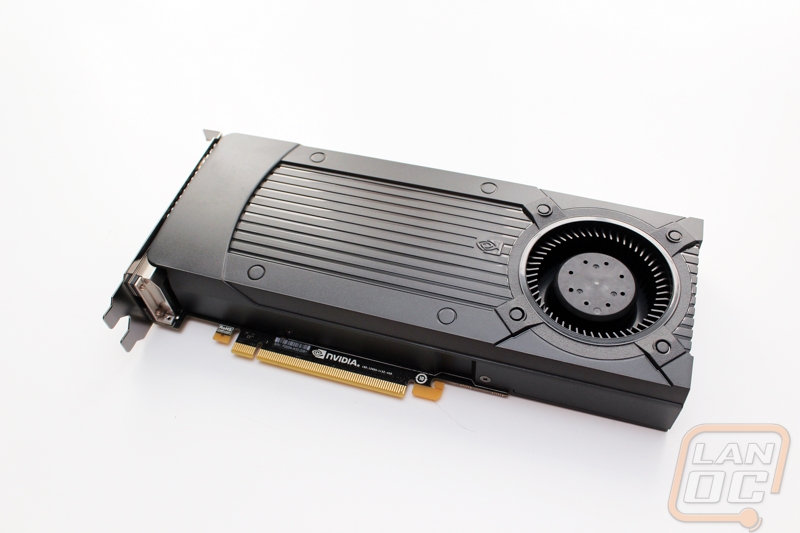 Just like the GTX 660 Ti that this card replaces, it does have the same short PCB design. As you can see the fan shroud continues past the PCb making the card look fairly normal in size when you see if from the other side. This allows Nvidia to still pack all of the cooling needed onto the card even though they didn’t need the extra space for the PCB. 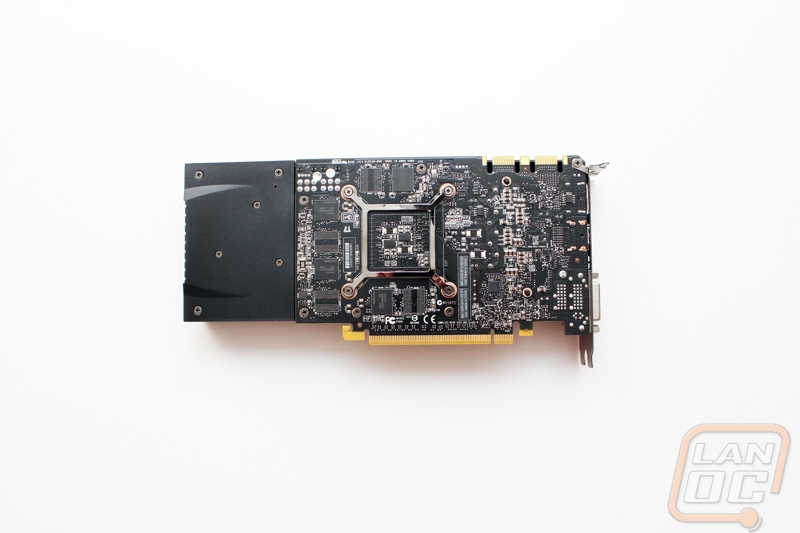 On the top of the GTX 760 we still do have the Geforce GTX logo but unlike the GTX 770 and GTX 780 it doesn’t light up, it is just printed onto the fan shroud. 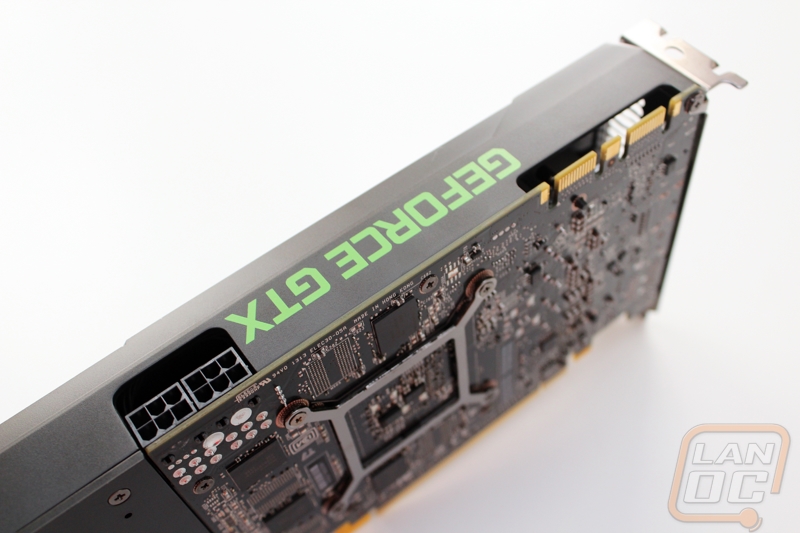 As you can see the entire design is enclosed meaning all of the air that is pulled in from the fan will be pushed all the way across the card and out the back of your case. Although we have seen that other designs allow for larger heatsinks, this design is great for any case that is very limited on cooling. You don’t want to be adding more heat into your case if it can’t handle what it has already or you will be increasing the temps of your motherboard, hard drives, and CPU. 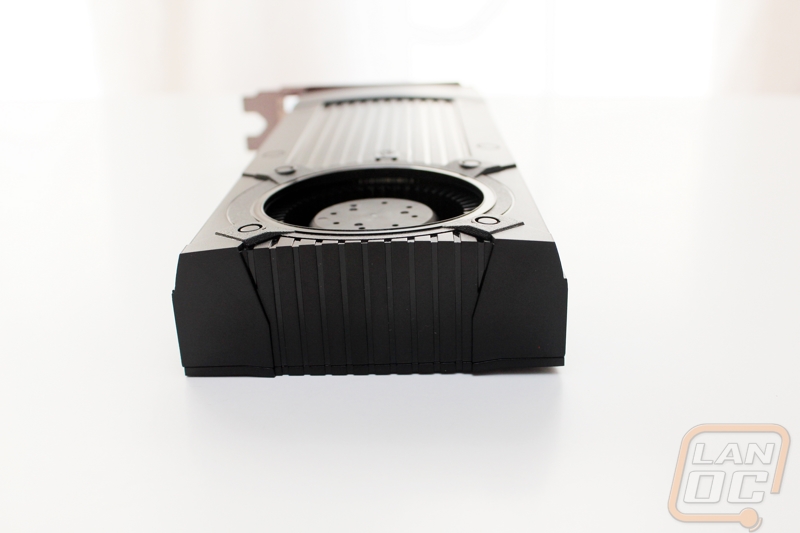 Here is what the GTX 760 looks like next to the GTX 780 and by proxy the GTX 770. It is slightly shorter overall but the much shorter PCB is even more obvious, especially when you see the difference in power connection locations. There is also a big quality difference when you look at the GTX 770 and GTX 780 where they have the all metal fan shroud design that also lights up. 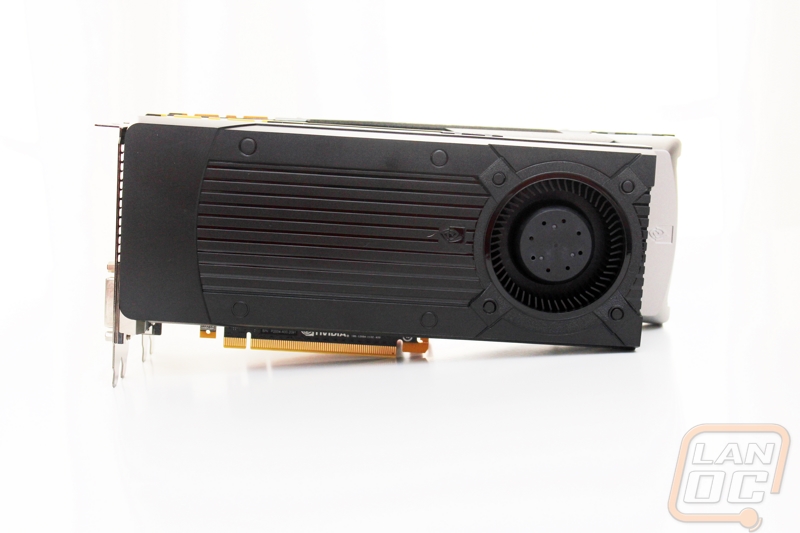 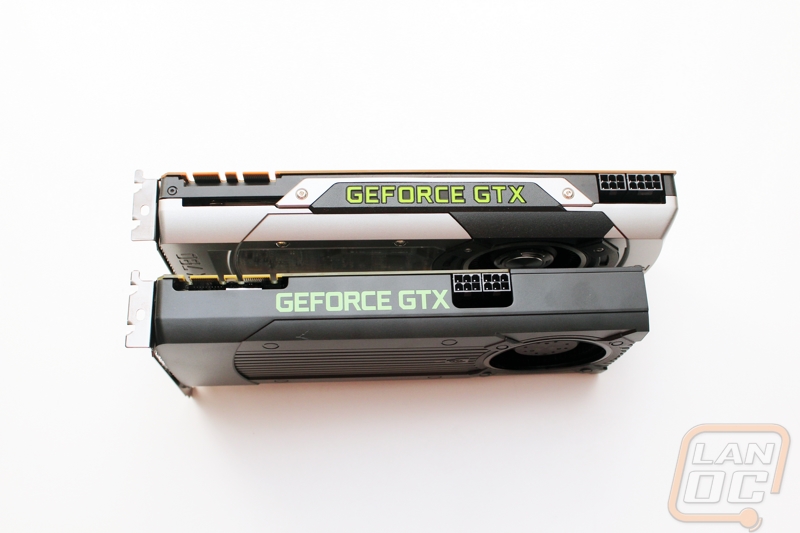 For power on the GTX 760, Nvidia included two 6 pin power connections next to each other. This is similar to the GTX 660 Ti even though the GTX 760 does have a slightly higher TDP. The location of course is just like the older GTX 770 and GTX 660 Ti cards half way down the card due to the shorter PCB design. 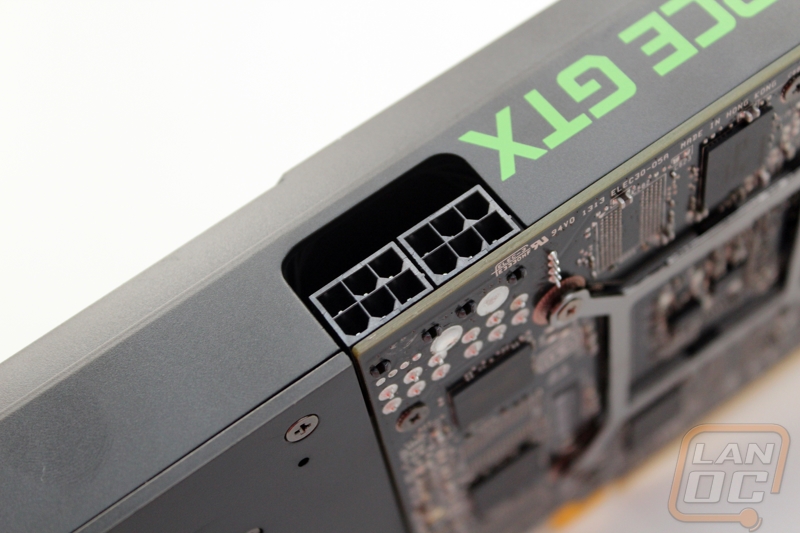 The GTX 760’s connections are exactly the same as what we have seen the last two generations. You will get two DVI connections, one of the two (the bottom in this picture) will support VGA pass through while the other won’t. You also have one HDMI and one DisplayPort connection. Nvidia included a fairly large cooling vent but to get even more airflow they did include a small vent in between the bottom DVI port and the HDMI connection as well. 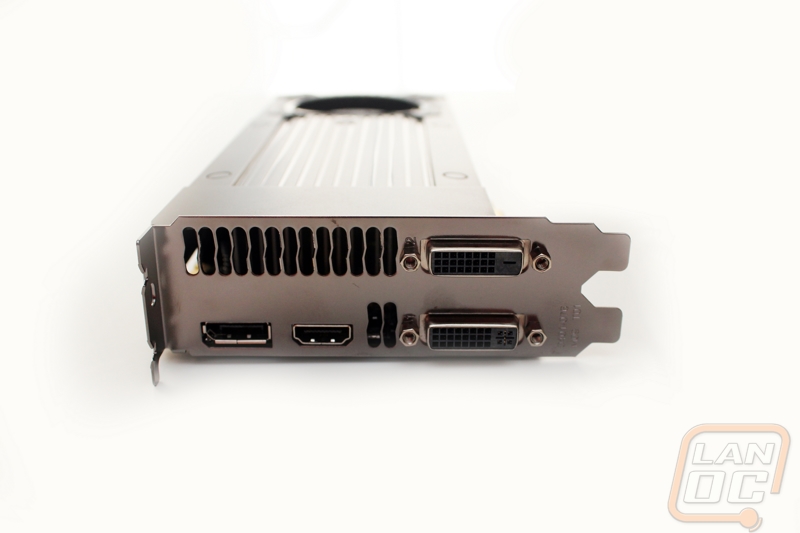 Unlike the GTX 660 last year, the GTX 760 does have two SLI bridge connections meaning it is physically possible to run this in a triple or quad setup. Most likely this is limited to triple via software support though, just like the GTX 780 and GTX 770. I was told only the Titan currently supports quad SLI because it is Nvidia’s flagship card. 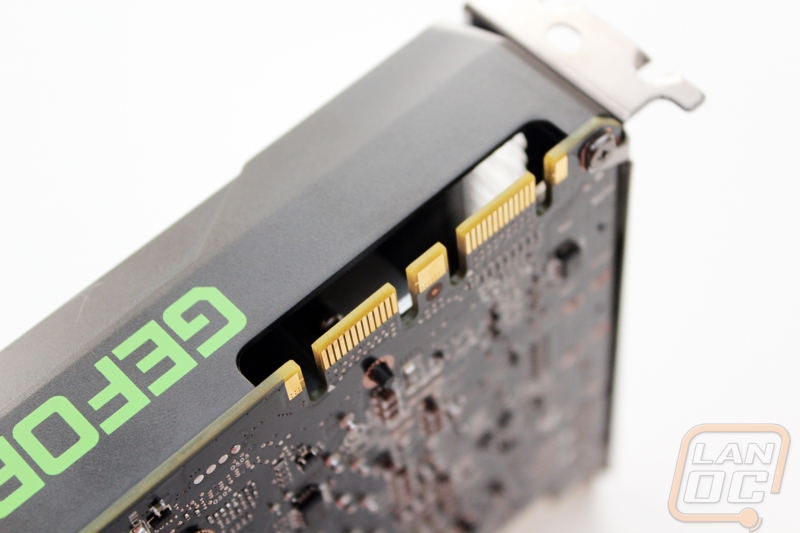