In our in game testing we are using in game benchmarks and fraps in different games to give you an idea how each card will perform in each game. Starting with the popular Battlefield 3 we saw numbers only 4 FPS less than the more expensive GTX 680, along with that we had an FPS that is well above what would be considered playable. In fact anything over than 60 FPS is perfectly smooth. 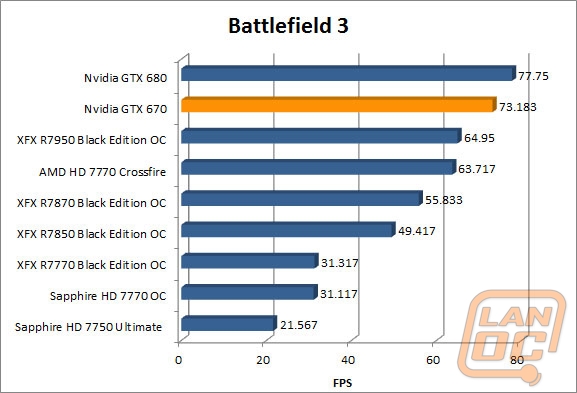 Our Crysis 2 results were very similar with the only exception being in our DX11 Ultra Textures testing the R7950 from XFX outperformed the GTX 670 slightly, this has everything to do with the additional memory 3Gb vs 2Gb. 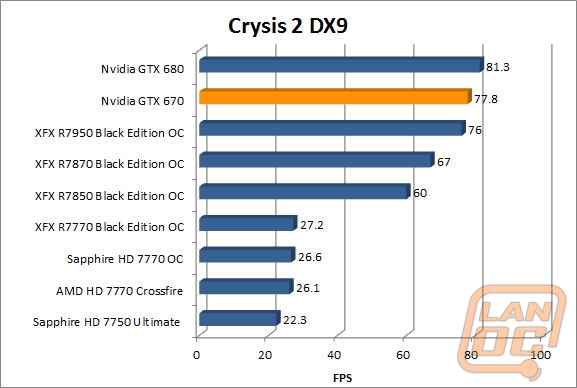 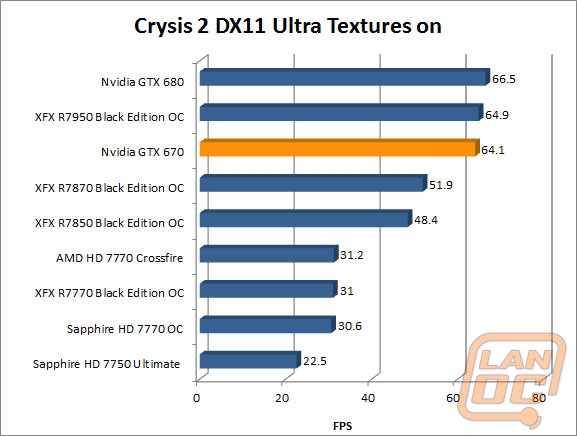 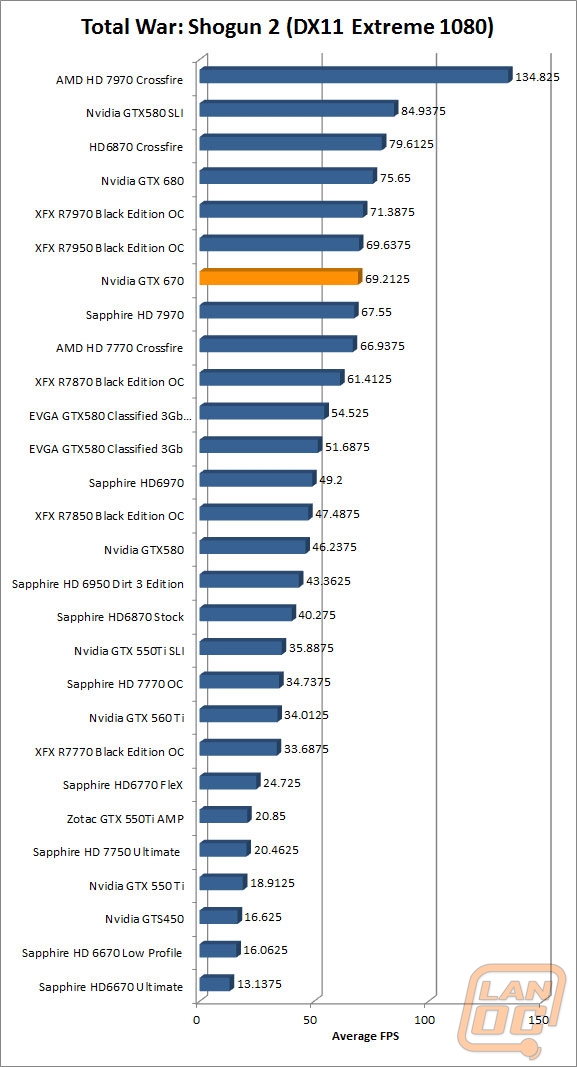 Along with our normal benchmarks we have added three new benchmarks that you can expect to see more of in the future. Obviously they aren’t any good for comparing the GTX 670 to any other cards but it’s good to know that you can expect amazing performance on all three with the GTX 670 as seen below. Be sure to check out the Our Testing Procedures page to see how we got these numbers, this way you can run the same tests at the same settings to see where your current setup stands.

We have 1137 guests and one member online