Seeing that most AMD card reviews we do are of Sapphire branded cards. Because of that we have gotten used to the same old thing as far as packaging. It was a nice change to see XFX’s style. Two things stand out right away for us. First the box isn’t much larger than the card itself and much smaller than what we normally see. Second, we know the card is an HD 7970 but XFX has named this the R7970 for some reason. On the back of the box we have a breakdown of each of the cards features, but there isn’t a picture of the kick ass cooler on the card. This is because the box is generic to a point meaning they can use it for a few different models. They put a sticker across the bottom that has the important details on the card. 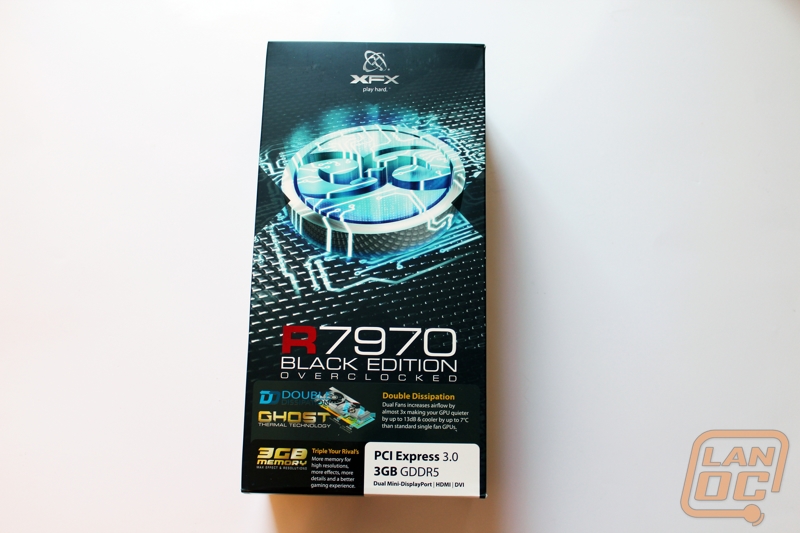 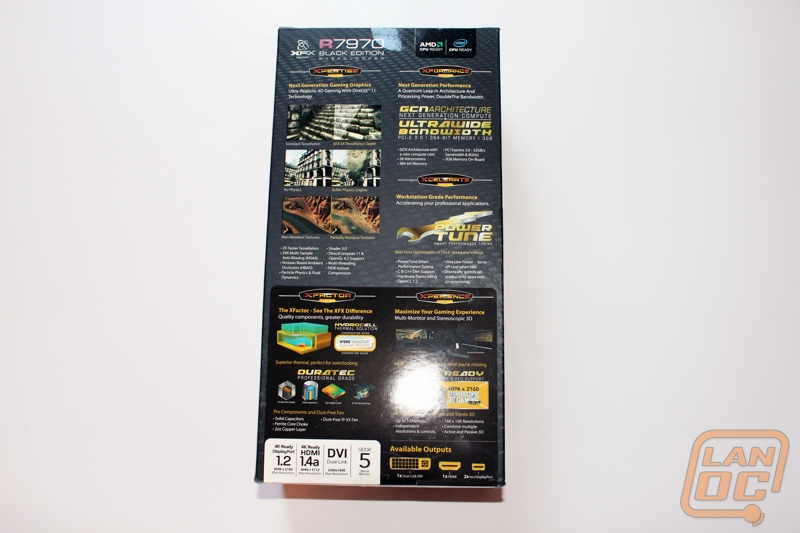 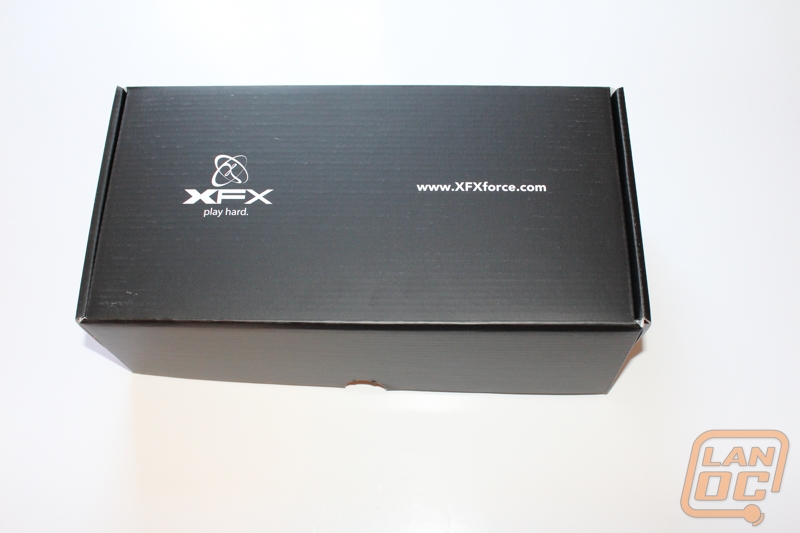 Inside the box along with the card itself you have a whole collection of software and documentation. Along with a quick installation guide and a card showing off all of the adapters the card will work with you get a nice do not disturb I’m gaming card. This is especially cool because on the back of the door hanger you have the contact information for technical support and a sticker with your cards serial number. That means you won’t have to take your PC apart on the off chance you need to get help, a nice consideration. It also gives you a spot to write down your username and password for the XFX support website from when you register the card. 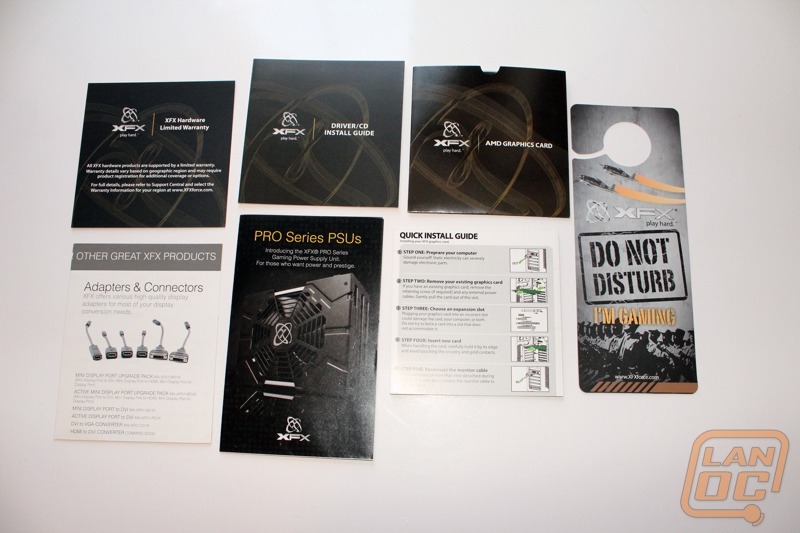 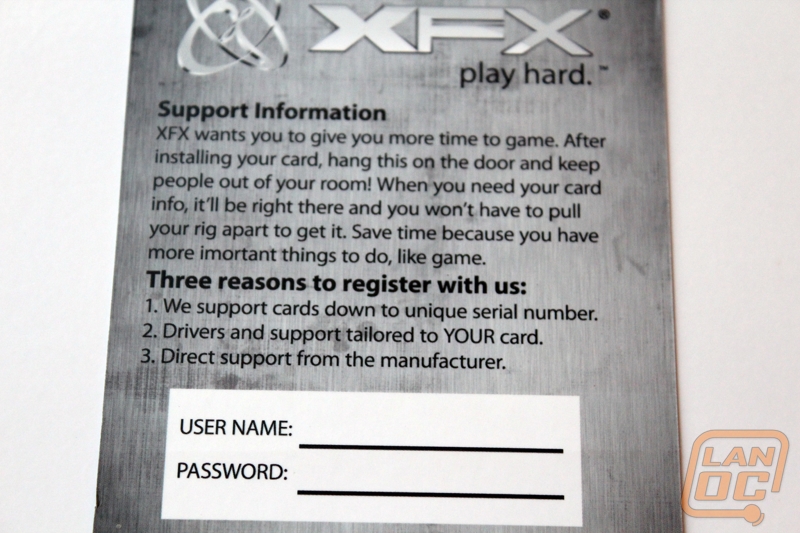 For accessories the XFX R7970 Black Edition comes with an HDMI to DVI adapter for those who need two DVI ports on the card, a crossfire adapter, and a cool XFX case badge. The only thing I would change is the crossfire cable, I would love to see these come in a full black color. Right now everyone bundles the ugly brown cable with their cards. When you have a side panel window and two video cards the crossfire cable is going to be right in plain view for everyone to see. 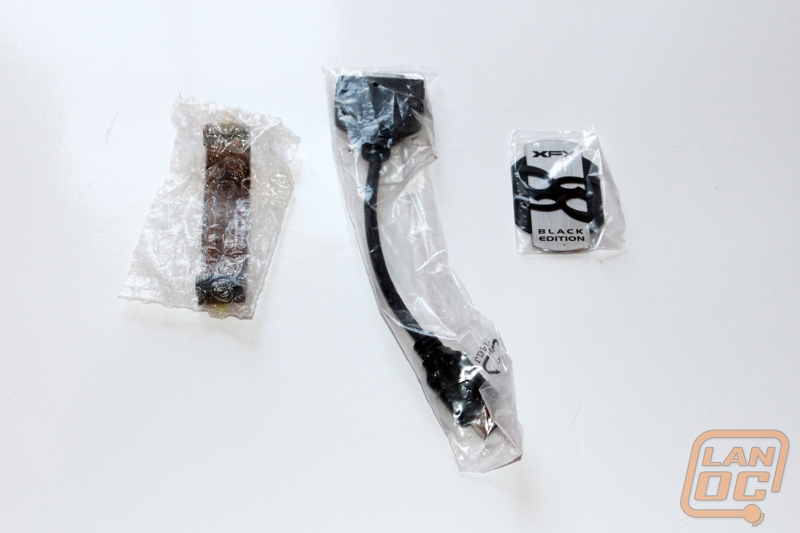 The HD 7970 is wrapped up in a static protectant bag, no extra padding though. 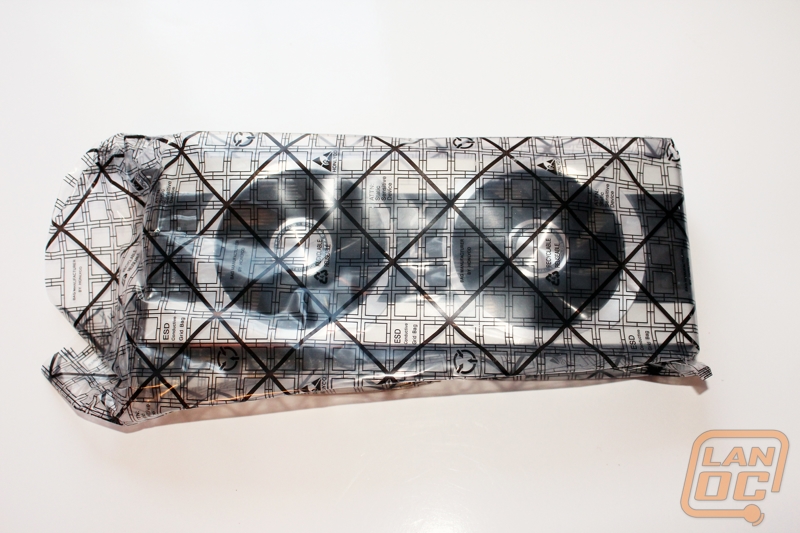 Still pissed that AMD doesn't offer a backplate on their 7900 series of cards though. That is the side that most gamer's look at. Being in a normal case.

I would like to see some Crossfire numbers, I know that AMD has been lacking in their drivers for two cards for some time now. They have said that it's going to get better but when? People are buying 2 7970's are having scaling issues. I hope AMD gets it figured out and fast. Nvidia needs some good competition and the 7970 is that card.

garfi3ld replied the topic: #22234 19 Jan 2012 23:07
I actually had crossfire benchmarks done before i left for CES but I'm going to retest with a more up to date driver. We didn't have scaling issues but once I was finished with the last benchmark the entire rig shutdown. After talking with AMD they think it was a driver issue.

How about Quad Crossfire? lol