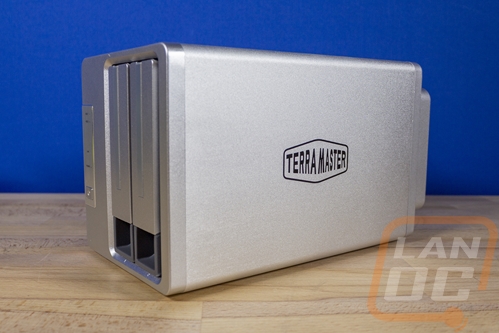 For performance testing, I did need to install drives in the F2-422, and to keep spinning drives from being the big bottleneck I like to use SSDs which at least push the limits of the SATA connections. This was especially important for the F2-422 because of its 10Gbe network connection. I did want to put that to the test. So here are the Crucial SSDs that I tested with. Obviously, in most situations, a must larger capacity hard drive would be more ideal for real-world usage so keep in mind that the numbers that I am seeing are much faster than two hard drives would see. 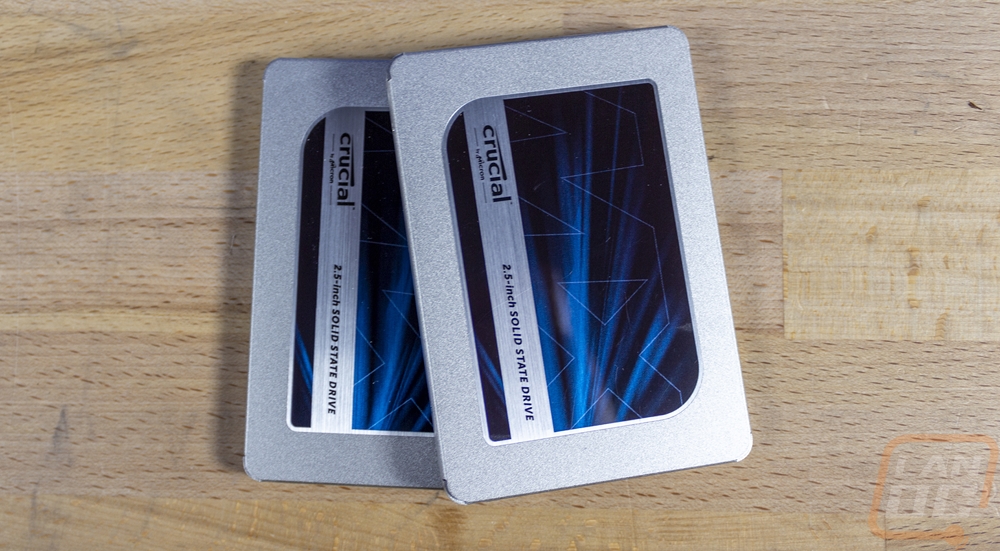 So with my initial setup, I set the two drives up in a RAID 0 to get the fastest possible configuration so I could take a look at the network performance of the 10GbE network connection. We have a 10GbE network in the office to hook it up to so once things were set up I could set the NAS up as a networked drive and turn CrystalDiskMark to get a look at the overall performance. CrystalDiskMark is great at getting a look at the best possible sequential transfer speeds which will show how the NIC performed and the two SSDs are three or more times faster than the latest hard drives.

Anyhow so below we have a look at the performance difference between being hooked up to one of the two 1GbE NICs on the F2-422 and the one 10GbE port. The 1GbE network capped read performance at 116.9 MB/s where the 10 GbE wasn’t capped with it reading 653 MB/s. This is still less than saturating the 10GbE connection and like I mentioned before if you are running two hard drives the performance will be even lower. Which does bring up some questions on if a 10GbE connection is needed. I think a 4 drive capacity or higher would be a better option when it comes to 10GbE but this would still be a possibility if you wanted to pack two high capacity SSDs for a fast networked storage option. 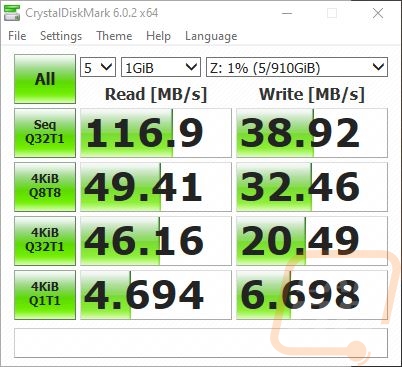 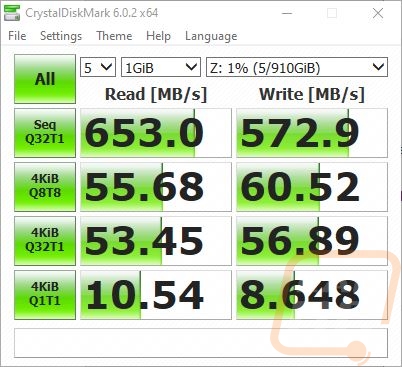 Looking beyond the network performance I did run some of my real-world tests which are transferring files through windows using a few different file types that see significant differences in transfer speeds. Movie files for example are large and are mostly just a sequential file transfer but documents which were very small in size slow things down a lot. Photos are in the middle and are also most likely the file type most households will be backing up and putting on the network so I have all three. I also tested with RAID 0 and RAID 1 to see if there would be a performance difference as well as using just a single drive and two drives in a JBOD. For the most part, there wasn’t a big performance difference which was a surprise. Having a RAID 1 was a little slower with the documents going to the NAS itself but yeah, if you are worried about the performance difference. At least with a newly built RAID, something else on the F2-422 was the bottleneck.