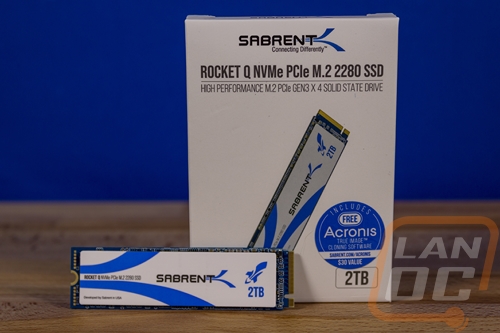 Before taking a look at the Rocket Q drive I did want to check out the packaging. Normally there are only a few different styles of packaging you see for an M.2 drive and Sabrent went a completely different direction. The box was a little smaller than normal but it is also a lot heavier than you would ever expect. It is all white and I love that they include a picture of the drive on the front. The product name lets you know it is an NVMe drive, M.2 as well, and the M.2 size. Below that you can see it is a gen 3 drive. The drive size is on its own down in the corner along with a sticker letting you know you get Acronis True Image software for free as well. The picture of the drive also includes the drive capacity as well which is a nice touch. The back of the box doesn’t give us anything else other than another picture of the drive and the model number/UPC 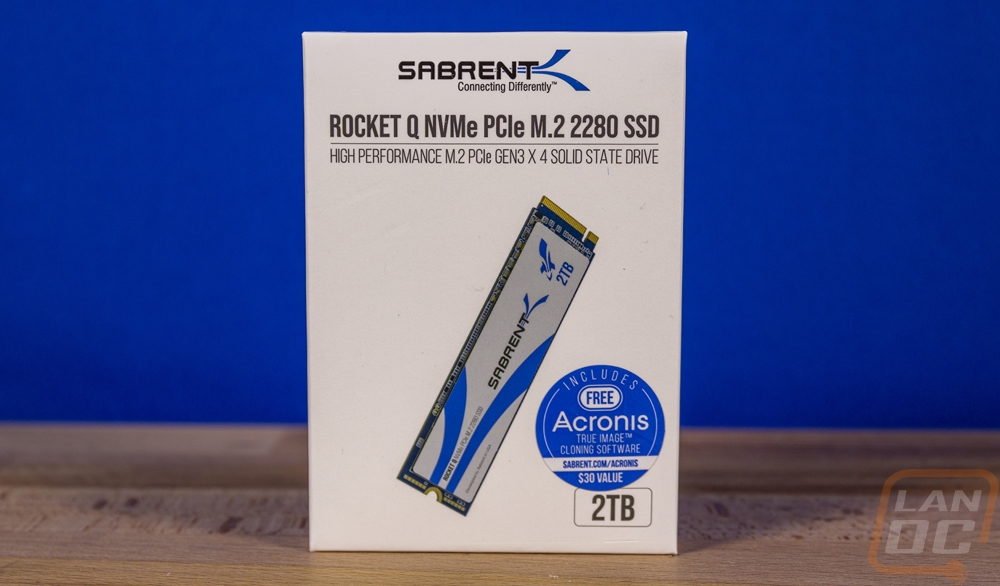 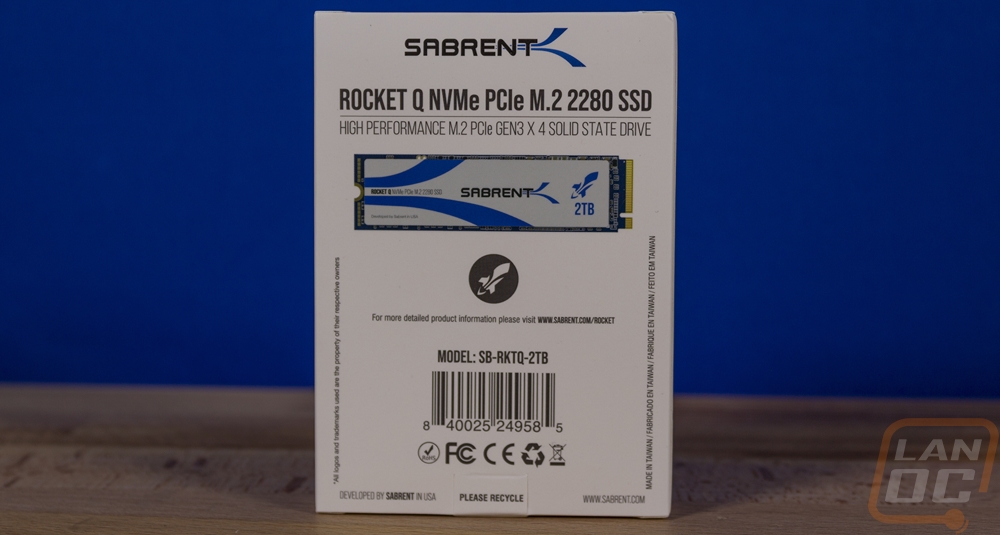 What is so different from any other M.2 drive is that the Rocket Q comes inside of a metal tin inside of the box. This is decked out with the same branding as the box including a picture of the drive on the front and the capacity. Around on the back is the model number and the UPC. They could drop the box altogether and sell the drive like this and I think it would catch more eyes. When you open the tin up you get an installation guide. Then in the tin, you have a foam padding for protection for the drive and a thin foam panel that sits on top of the drive as well with Rocket Q branding on it. 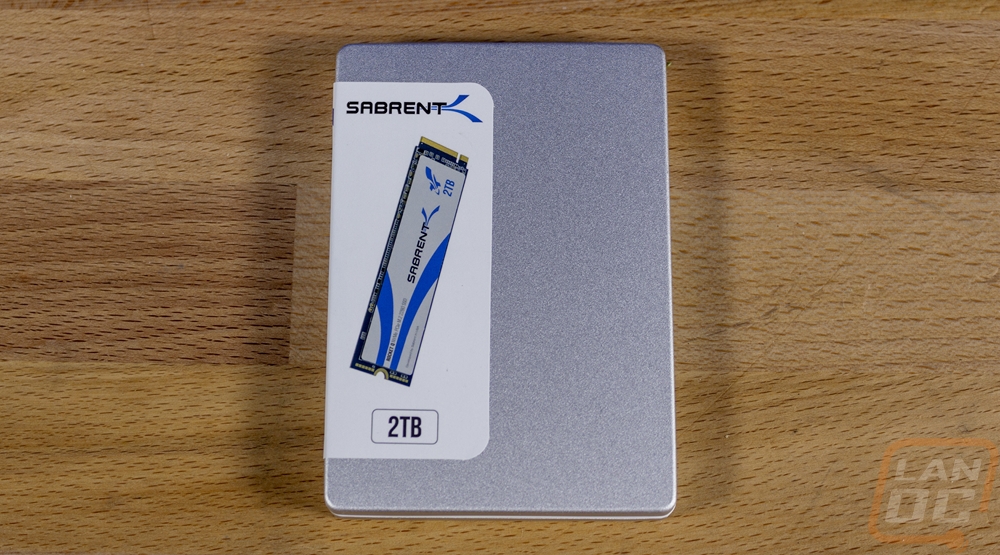 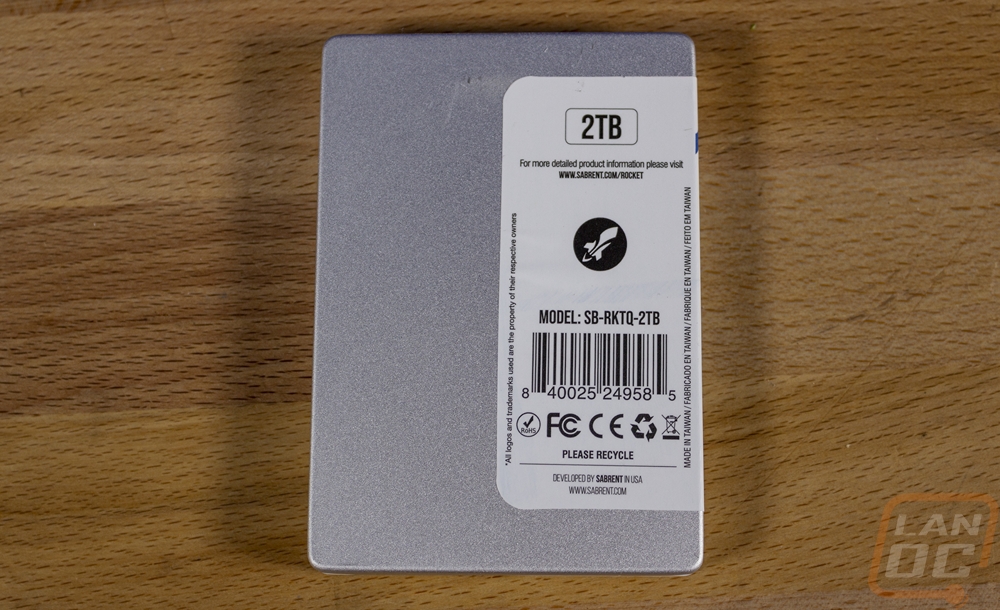 Now obviously when it comes to M.2 drives there isn’t too much you can do for styling unless you are adding a thick heatsink that won’t fit on most of the new motherboards that come with their own integrated heatsinks so the Rocket Q is limited to the standard M.2 PCB and a sticker. Sabrent did go with a thicker copper backed sticker which I can say ended up being a pain for me trying to put it back on after taking PCB shots lol. So they went with a blue PCB which fits the white and blue colors of the drive and then on top the copper sticker has a white background with blue swoops. It also has the Sabrent branding as well as the drive capacity in a large font. The Rocket Q branding in smaller and tucked in between the swoops. 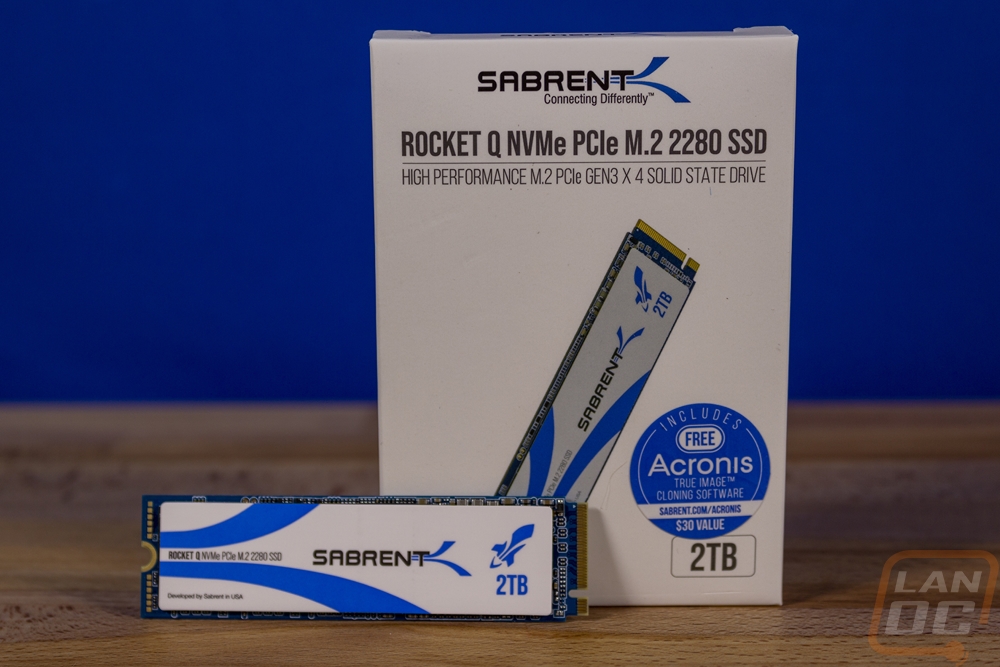 The back of the Rocket Q has another sticker covering it. I would normally take this off but the 2TB model doesn’t use any of the back of the drive. You can however see through the sticker where they have all of the contact points where the larger capacities do use both sides of the drive. The sticker itself is where they hide the serial number as well as a QR code for the serial number.

The top side of the drive with the copper backed sticker removed does give us a chance to see what makes the Rocker Q tick. The most obvious is the silver Phision controller over on the right portion. So Sabrent has the controller listed in the specifications as the RKT 303 Controller but a look at the PCB shows that the controller is the Phison E12 which is the same as the Viper VRP100 that I previously took a look at. Next to the controller on the right is the drive's cache which is a Kingston branded with a model number of D2516ECMDXGJD which is DDR3L running at 1866 MHz and a capacity of 4GB. Over on the left, the Rocket Q has four NAND chips which break the 2TB up into 500GB increments meaning there is a little room for future wear. Specifically 12GB per NAND for a total of 48GB. The NAND chips didn’t come up in a search when I searched IA7HG66AWA, but they are all Micron 96L QLC.

We have 812 guests and one member online