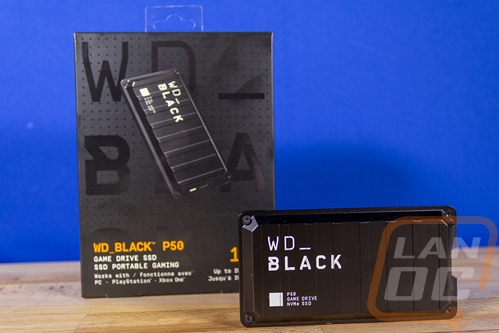 If any of you remember my review of the WD_Black P10 back in September the styling of the P50 will make sense to you. But just to break things down, the P50 is part of a series of drives designed with gaming in mind. The WD_Black lineup in general is focused on that. But these were a change, in the past they haven’t made external drives with pure performance in mind or gaming. Western Digitals' external drives have been more economic and with styling in mind like most external drives. The Passport SSD was (and is still) fast but again it was part of the Passport lineup with styling and more everyday use in mind. So with the WD_Black branding the drives needed a WD_Black appropriate look and I think they did that well. The P50 is of course all black. It also has the WD_Black brand on the top in a bright white. Under that it says P50 Game Drive and points out that this is an NVMe SSD. The top of the casing is also aluminum, just like the P10 with a shape that looks pulled right out of an ammo case with its rugged look and raised ribs. 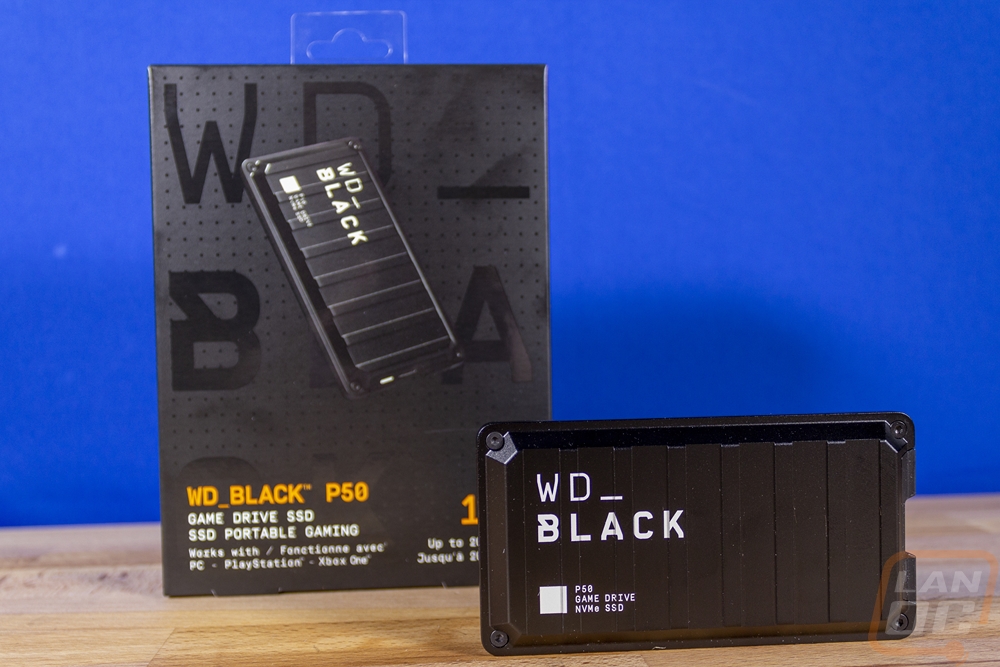 The bottom of the drive has a similar shape but here it is plastic which doesn’t have the same deep black finish. They also slipped in vents between each of the ribs as well as rubber feet on the ends. Between the feet they also etched all of the required certification logos as well as a QR code along with additional information like your serial number, part number, and the drive capacity as well.

Now the P50 is an M.2 based drive so while the P50 is thin, it is a lot thicker than other M.2 based drives. It is a half-inch thick so don’t take that as it being huge or anything. It is a great size for dropping into your pocket. Down on the end the drive has its USB connection which is a Type-C and next to it there is a small status LED. 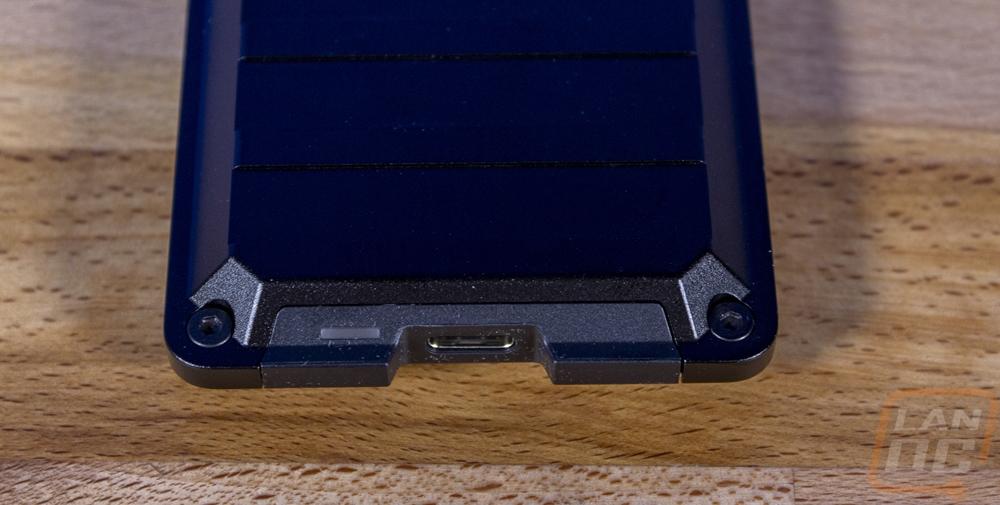 We have 994 guests and one member online