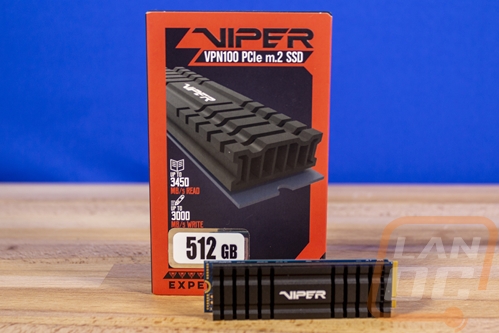 Before taking a look at the VPN100 I did have to get it out of the packaging. The box has a nice picture of the drive on the front that shows the heatsink really well. Even better the front of the box has most of the information you might be interested in including a large sticker with the capacity. In our case, they sent the 512GB capacity drive. Above that they have the read and write speeds listed.  The front also opens up and shows the drive inside the box and on the inside of the flap they talk a little about the drives external thermal sensor and the heatsink. Around on the back there isn’t too much. They repeat the drive speeds and kindof touch on the capacities available and show that this is an NVMe PCIe Gen3 device running at x4. But all of that info is just repeated over and over across the entire back in different languages. 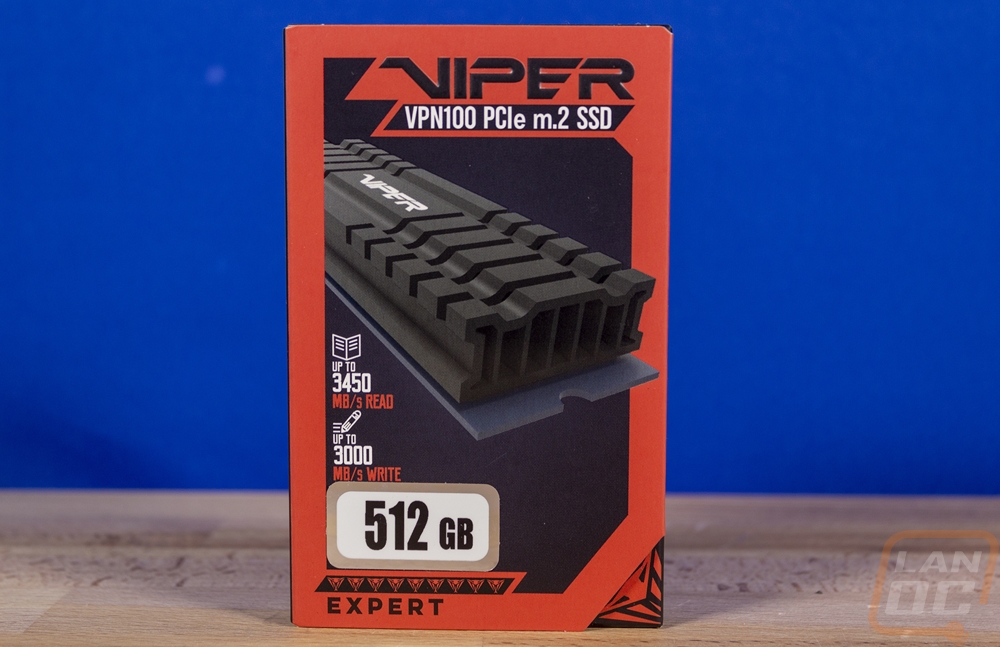 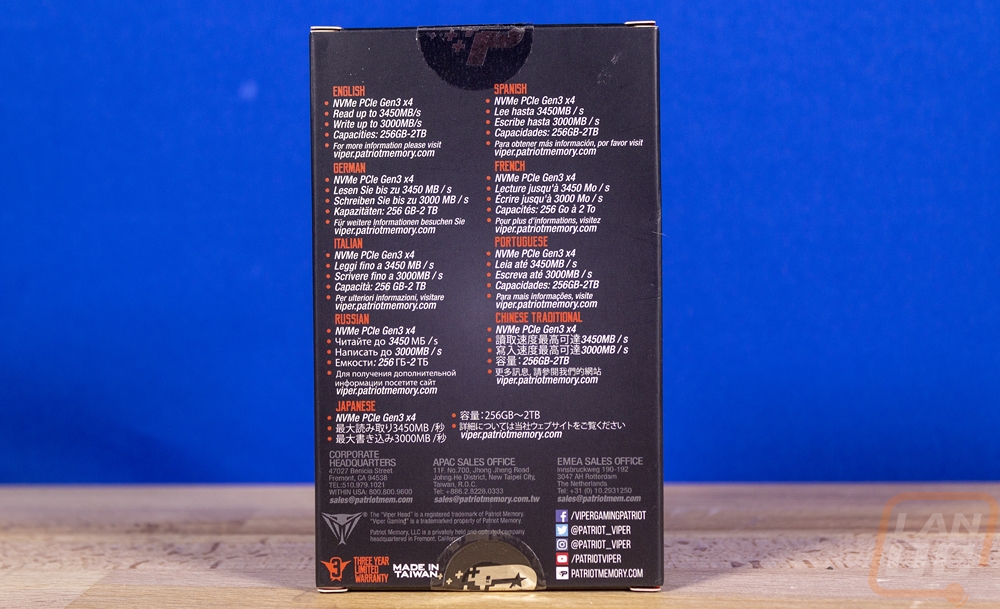 Inside of the packaging, the drive itself comes in a plastic tray with a top. It is well protected and the plastic tray is what allowed for the window on the front of the box. This packaging is different from normal M.2 drives because of the heatsink. It had to be much thicker. 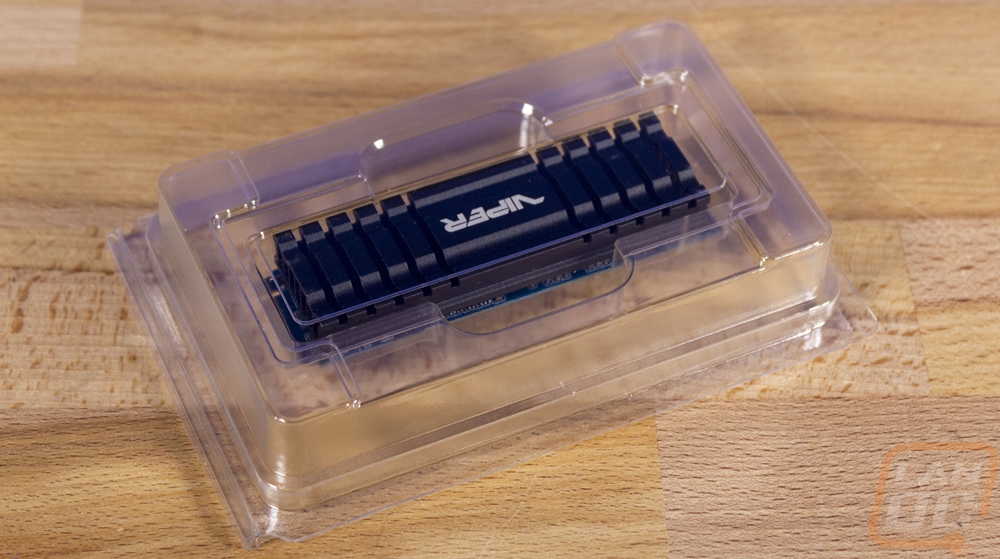 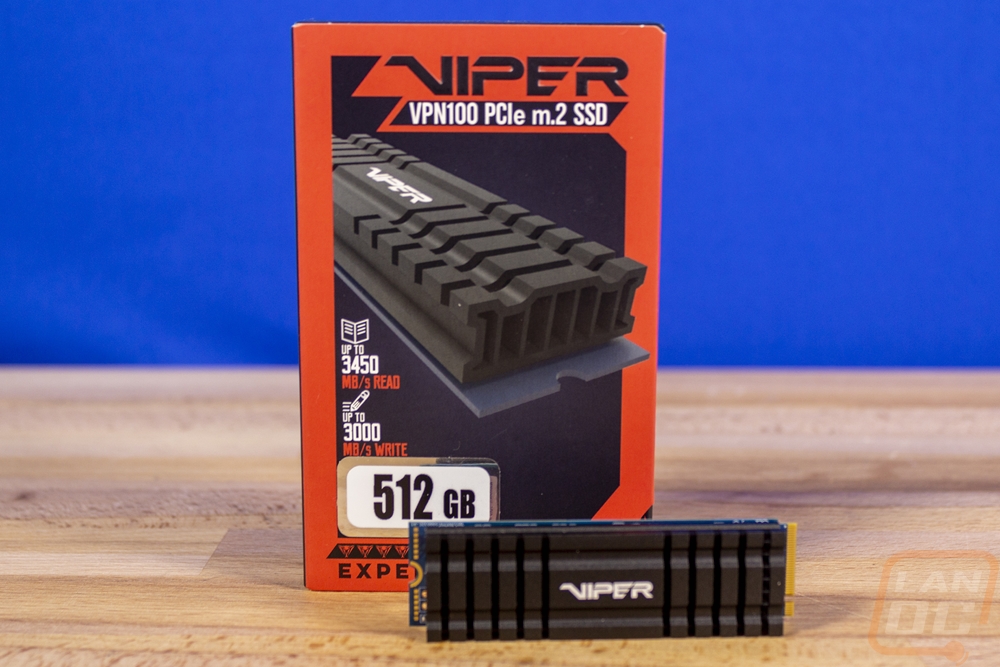 So unlike a lot of the SSDs with heatsinks, the VPN100 comes with its heatsink preinstalled. Because of that I didn’t get the chance to take a closer look at the goods under it. What do we know though is it in running a Phison PS5012-E12 controller with Toshiba 64-Layer 3D TLC NAND. On our 512GB model that is split up across two NAND but from the looks of the drive it isn’t configured for additional chips so the larger 1TB and 2TB models are just running larger NAND capacities. On top of all of that for cooling Viper Gaming went crazy with a thick aluminum heatsink in all black with the Viper logo in the middle. The top of the heatsink has 5 slices on each side.

It isn’t until you look at the drive from the end that you finally can see everything the heatsink has going on. This is actually an extruded design with fins on the inside as well as the cut vents on top. This layout is more like a traditional heatsink than what most of the other M.2 drives with heatsinks have going on. Even the SN750 has a thick aluminum heatsink but its fins are only on the top edge with most of the heatsink being solid aluminum.

The only thing I don’t like about the VPn100’s aesthetics is they attached that big black heatsink to a blue PCB. Thankfully the bottom of the drive isn’t visible when installed but it is odd the PCB isn’t black to match. The back of the drive has nothing on the PCB, no chips, resisters, or diodes. They used the space to hide the information sticker on it. This includes the Viper Gaming logo and the model name along with the capacity in the largest font. All of the normal required certification logos are there as well. The serial number is actually on a second smaller sticker also on the back and it has a small QR code for scanning the serial number if needed.

I pulled out the WD Black SN750 with the heatsink just for some comparison shots between the two. I do still think that the NS750 with its EK designed heatsink is the best looking drive out there. The heatsink on the VPN100, however, is a lot more like a traditional heatsink and because of that it is a lot thicker. The height difference isn’t much of an issue as far as clearance goes in most situations. With both drives you have to be aware of what motherboard you are using or you have to not reinstall the M.2 cover on some of the higher-end motherboards. The extra thickness would put the VPN100 a little close to video cards if you install it under one, but I don’t think it will run into the card itself. 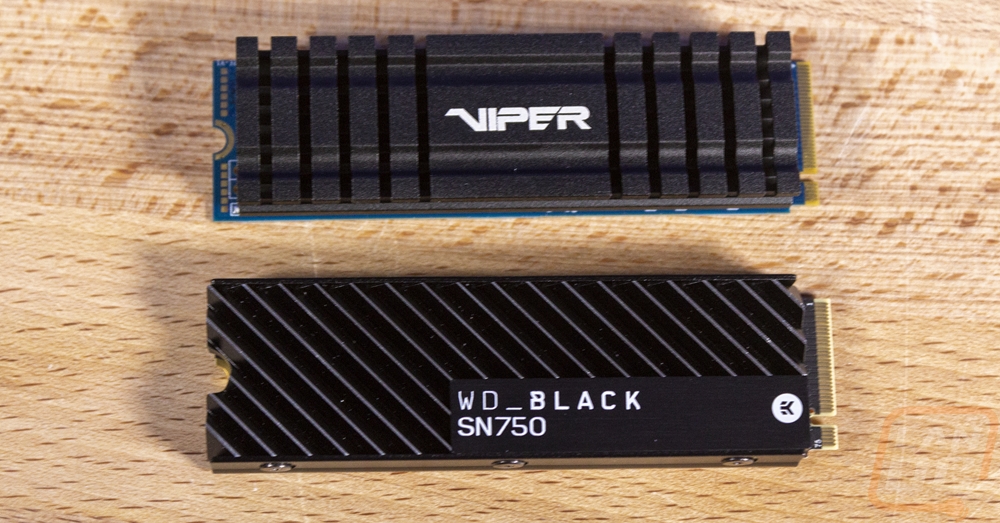