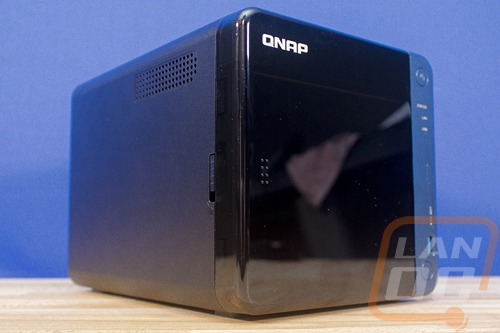 The box for the TS-453Be looks a lot like the last QNAP NAS to come in to the office. That is because QNAP uses a simple brown box design with their branding on it for the main box that can be used on multiple models. This is a great idea and a way to not have to make new boxes for every single small model change. They then have a large color sticker that wraps from the front to the top of the box. That sticker has the model name and a photo of the NAS on it. It also dives in with a description and a bunch of icons for the model's features. 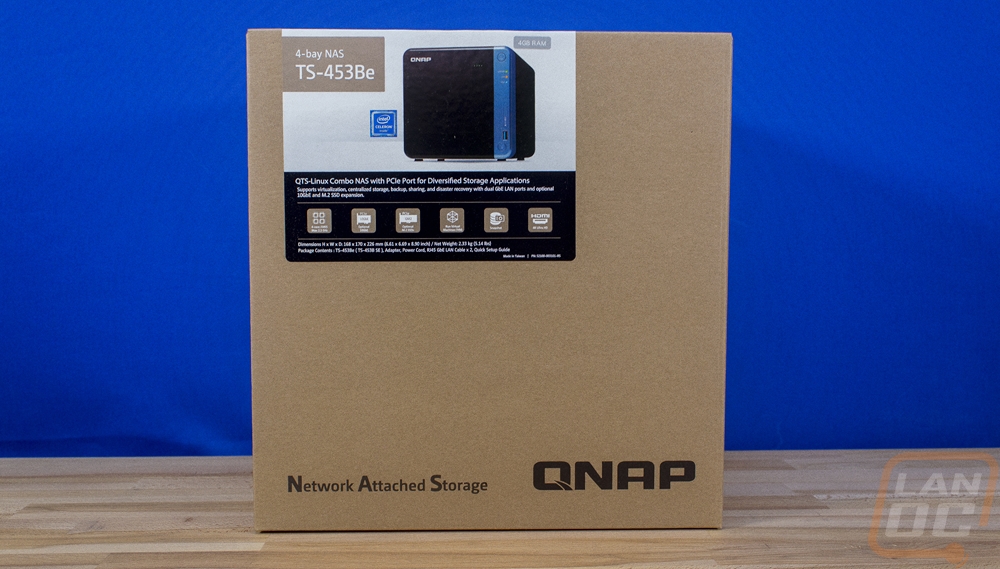 Inside of the box, the NAS comes enclosed in a thick plastic bag then inside of inch to an inch and a half thick foam all around it I doubt they are having any issues with these being damaged in shipping.

Beyond the NAS there is also a smaller box inside with all of the accessories and documentation needed to get started. For accessories and hardware, you get two network cables for the TS-453Be’s two NICs, two bags of screws, and the power supply. The Power Supply isn’t a big wall wart but it does show that the NAS doesn’t have the PSU inside so the power supply is inline. The main cord is a traditional PSU cable so if you move later and need a different plug type it should be easy to change. The included screws are for installing the hard drives in the trays.

For documentation, they include a quick installation guide. It isn’t large at all but you don’t really need much. They avoid having to print 10 different languages by just not including any text in the instructions, Ikea style. The pictures aren’t too hard to follow through as you can see. Slide the front panel off to the side, pull the trays out, and install the hard drives using the built-in clips or the bottom mount screws. 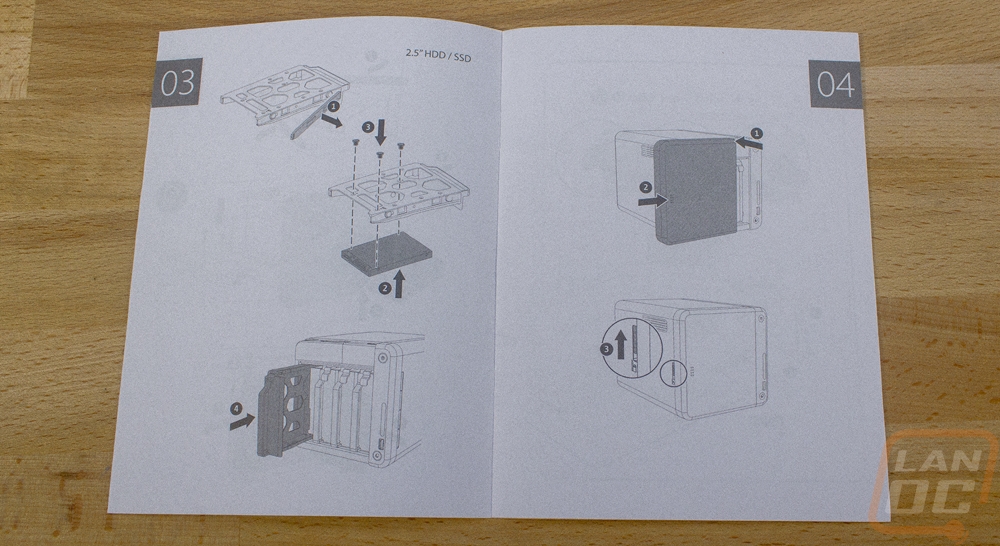 The last part of the packaging is just making sure to get the plastic off the NAS itself. The tinted front panel had plastic on it to protect its glassy finish from scratches and fingerprints.

We have 1278 guests and no members online