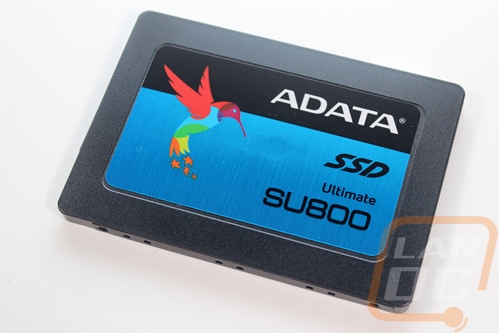 To start off my testing I ran the SU800 through CrystalDiskMark to get an idea of its max throughput. On the read test, the SU800 is really pushing the limits of the SATA connection with its 562.0 result. This is at the top of our charts and above a few really fast drives. This was also exactly in line with the 560 read speed that ADATA included in their specifications. For the write speeds, things were a little slower at 510MB/s and this was lower than the 525 that ADAT says some of the SU800 models can reach. That said 510 write speed isn’t bad at all for a SATA drive. 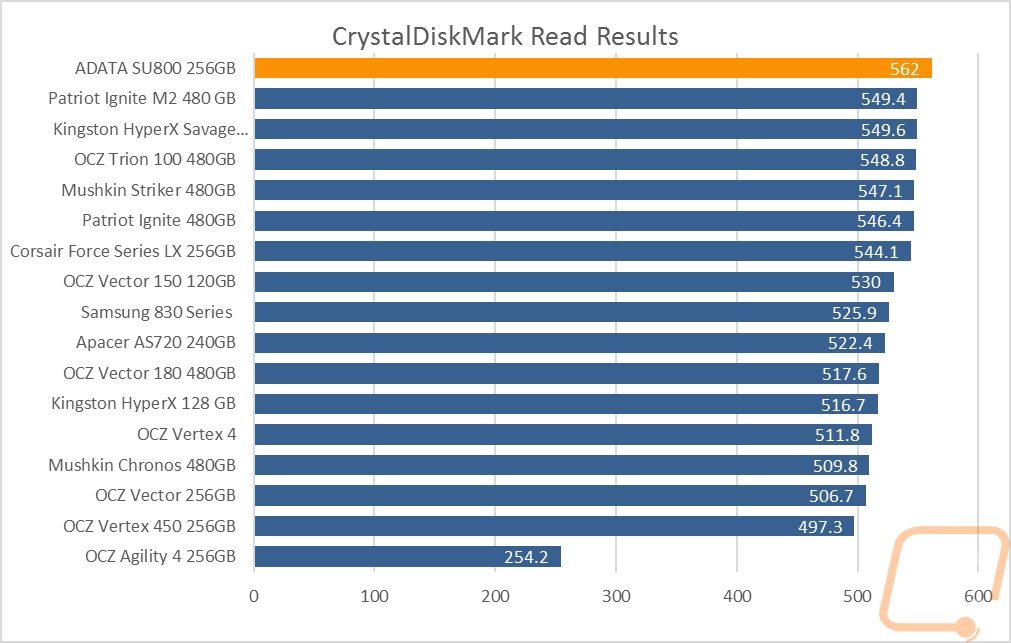 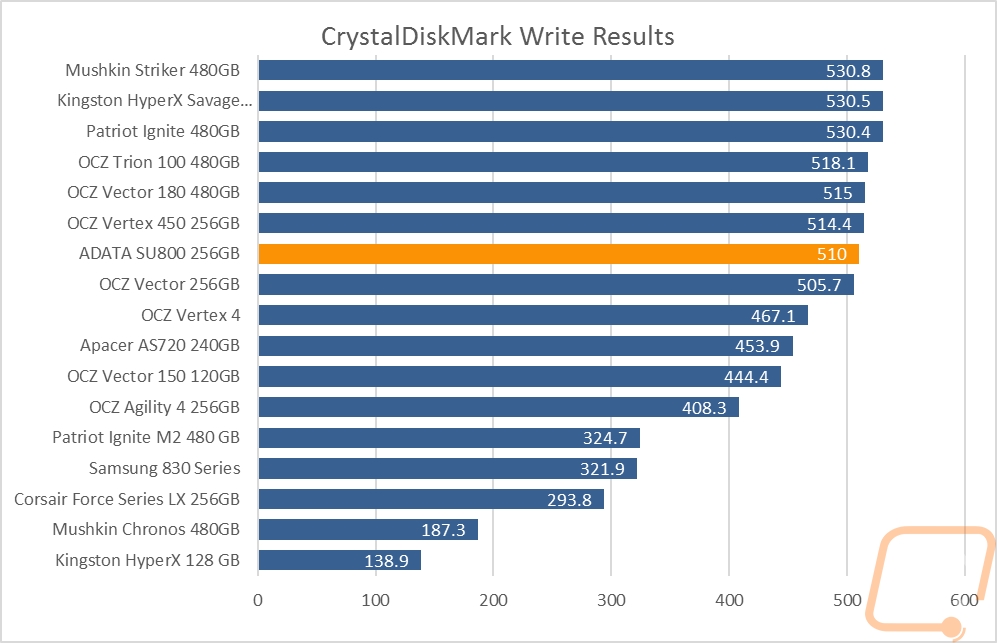 Next, I did file transfer tests using AS SSD’s built in tool. It tests three different file types and using the transfer time as the result I combine all three results into one bar. This helps us see what drives are the fastest overall, not just in one file type. The SU800 though performed really well here as well with results similar to the Striker and faster than everything else. 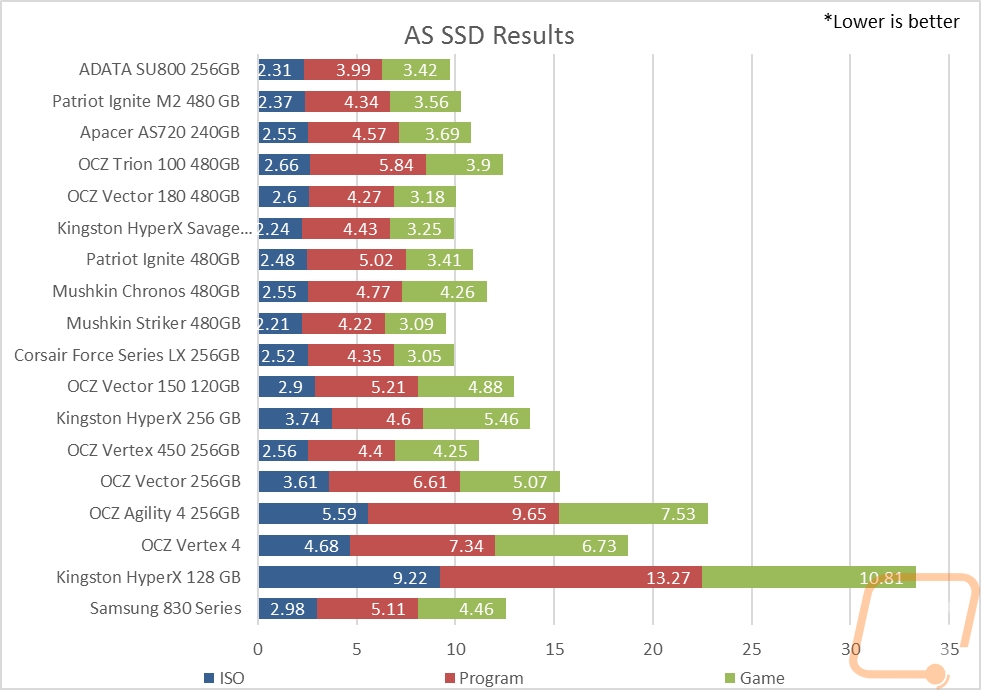 Next, we have the Advanced Disk Test on Passmarks Performance Test benchmark tool. I test using the four default configurations to make comparisons easy. In this test, the SU800 only really stood out in the workstation benchmark, but this is the one that best represents a consumer usage case. In the other three tests, the results were okay but in the middle of the pack. 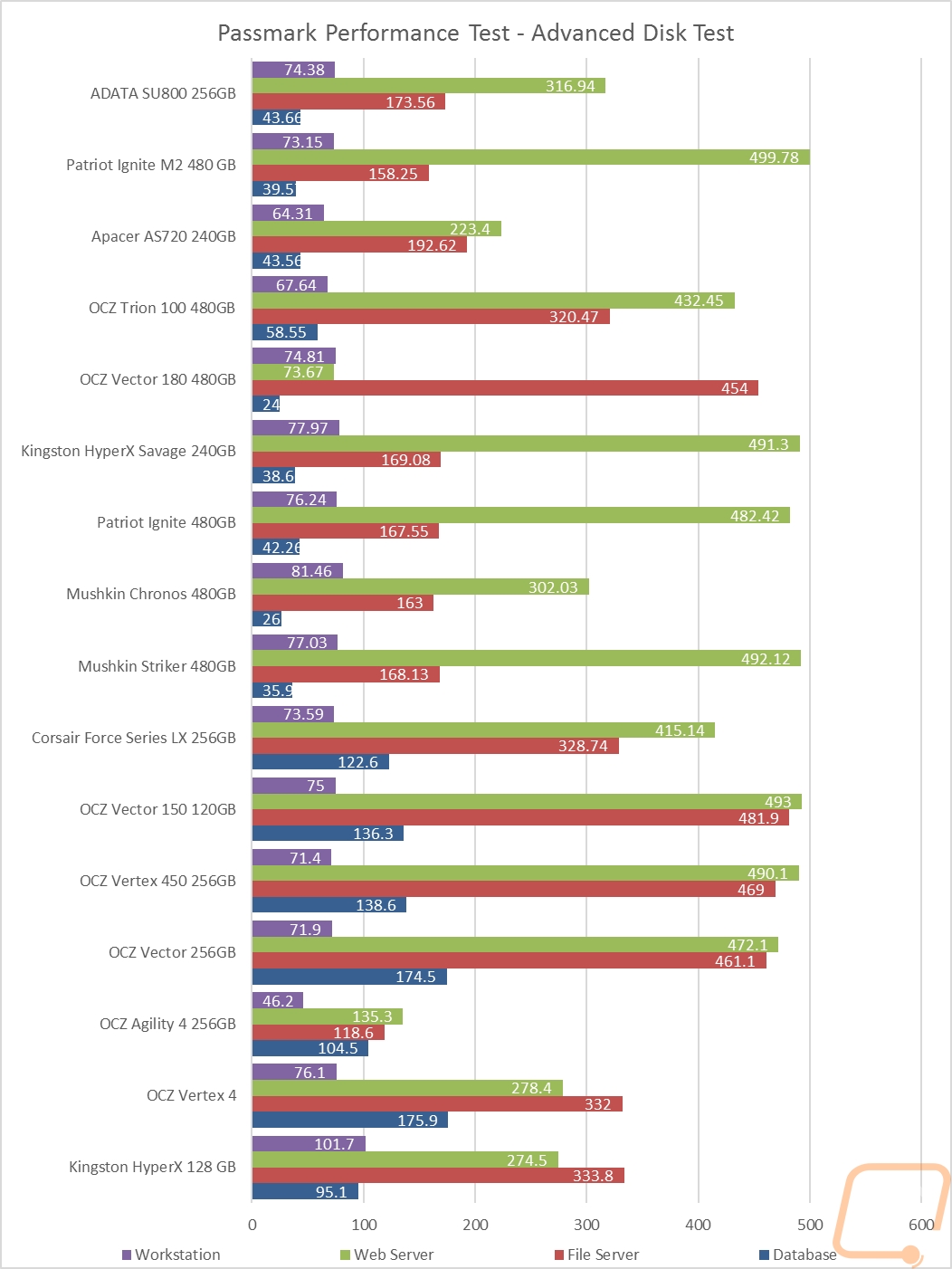 For general benchmarks I tested with the Passmark Performance Test 9 using just the storage score, this is a new one that I went ahead and slipped in but I don’t have any comparison results just yet. The main test, however, was the PCMark 8 Storage test where it tests the drive in real world usages like Microsoft word and browser tests. Rather than use the PCMark score I prefer to use the Storage Bandwidth result that averages out the transfer speeds over the entire multi-hour test. In this case, the OCZ Vector was still faster, but the SU800 performed surprisingly well.

To take a look at overall IOPS I use Anvil’s Storage Utility, focusing on the 4K QD16 results on both the read and writes. I combine the results once again for a look at the total performance of the drive, one-sided performance isn’t really helpful in real world use, but you can still also see individual results. Overall when the results are combined the SU800 comes in the middle of the pack but its write IOPS are up in the top three. The 43984 IOPS result on the reads really hurts the drive. 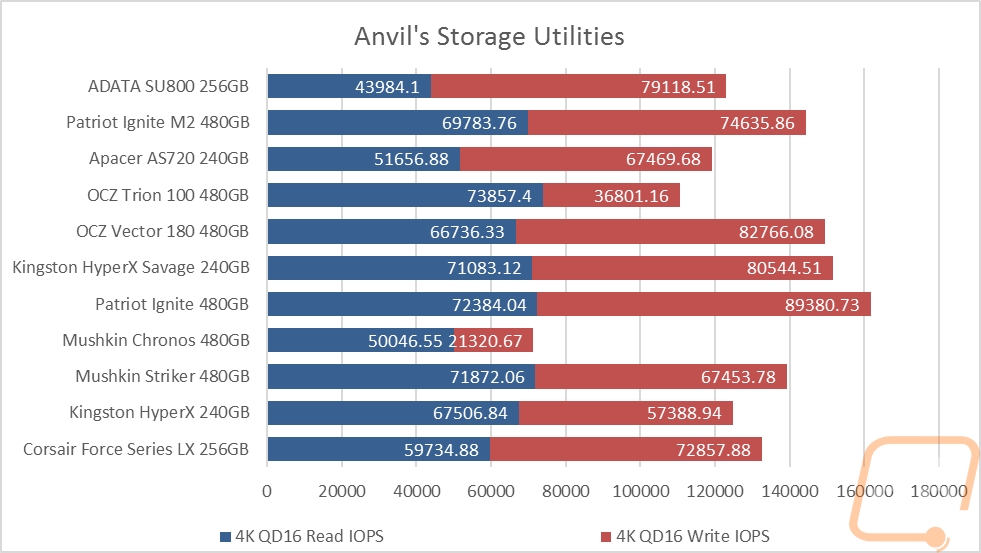 Last but not least I also take a look at 4K queue depth results across a range of different depths to see how the SU800 performs in different situations in both read and writes. In the read benchmarks the numbers matched the IOPS tests, I saw in our previous benchmark with the SU800 staying closer to the bottom of the chart across all queue depths but the gap is much larger at higher queue depths. The write results have the SU800 up near the top in all queue depths but not falling off in the high queue depths like a lot of the other drives do. The 32 and 64 depths especially. 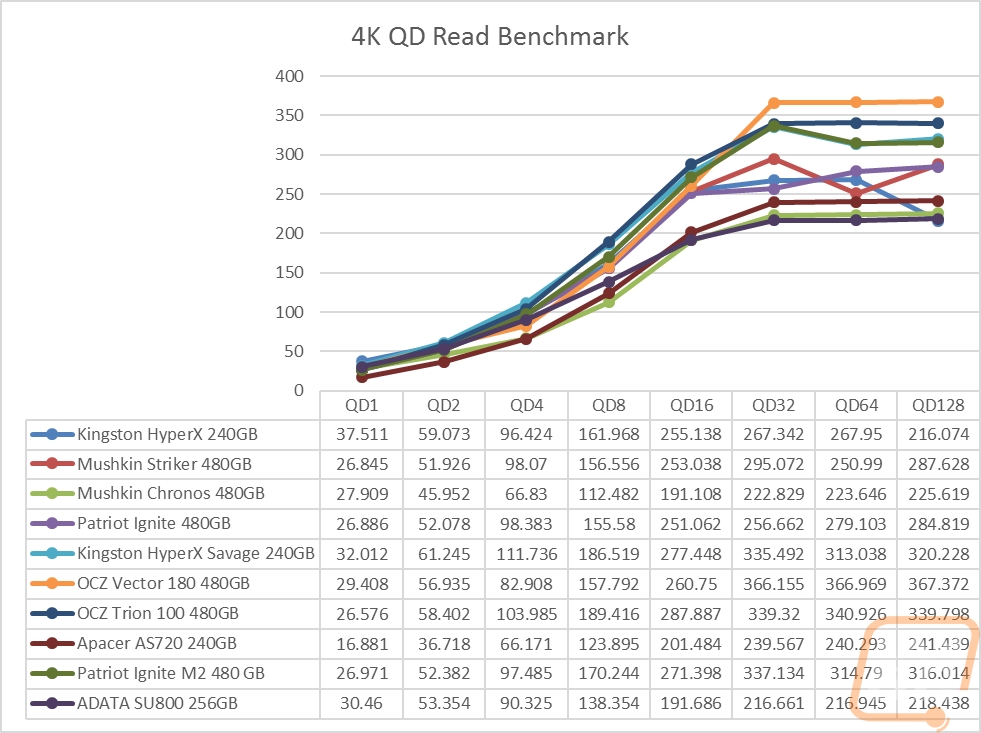 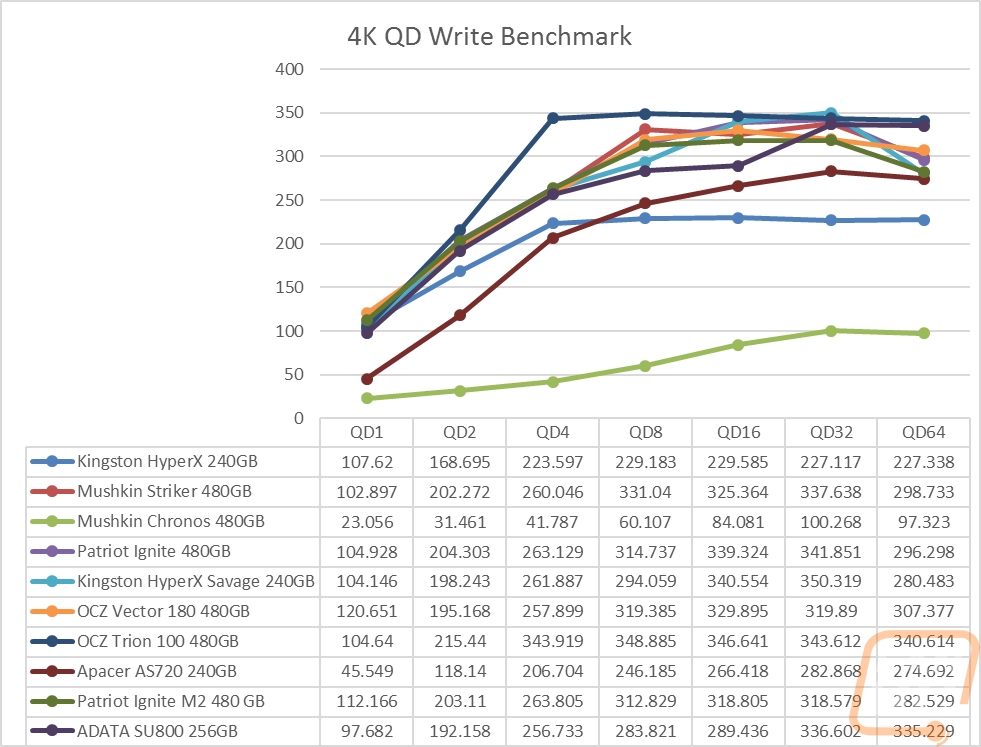